The Pico Bonito National Park is a protected region located in the northern region of Honduras, near the Caribbean Sea. The park spans 218 square miles across the country and was established back in 1987. There are 11 named mountains in Parque Nacional Pico Bonito. The highest and the most prominent mountain is Montaña de Corozal at 8,136 feet with 5,751 feet of prominence. Elevations range in the park from 180 feet, up to the summit of Montana de Corozal. The park lies along the Cordillera Nombre de Dios mountains. This region is part of the larger Mesoamerican Biological Corridor that spans through Belize, El Salvador, Guatemala, Honduras, Nicaragua, Costa Rica and Panama. 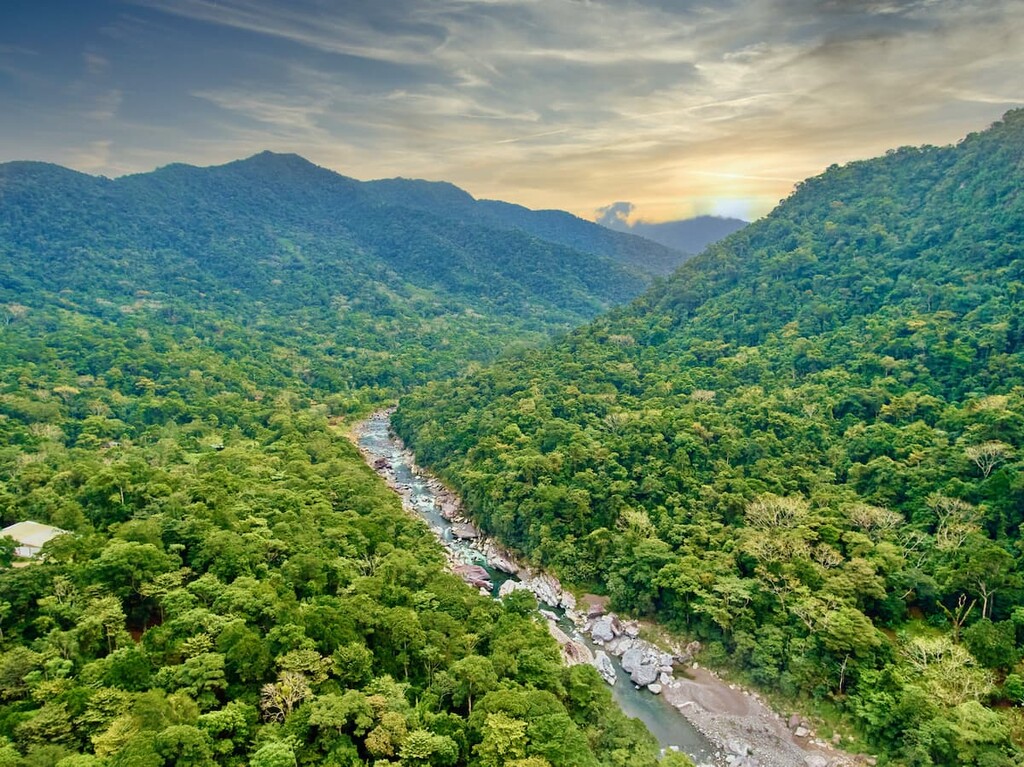 The Pico Bonito National Park is the country’s second largest protected region and encompasses the tropical and lush forests that surround the rugged mountain slopes. The park is abundant with biodiversity throughout. The country is home to over 500 bird species with many of them being found right within this park. Pico Bonito is also known for being the toucan capital of the world. Tourists and scientists flock to this park to see and study the diversity that exists. While birds are present throughout the year, the best time to view them is between the months of August and March. But the park is home to more than just birds. Other notable species include jaguars, monkeys, tapir, kinkajous, white tailed deer and various reptiles.

Throughout the lush forest, rivers flow down towards the northern coastline. One of the most popular rivers is the Cangrejal River. Here the strong currents give way to the opportunity for some whitewater rafting. Seemingly countless miles of trails run throughout the forest, oftentimes the best routes being discovered by local guides. Hiking trails take visitors through the seven unique ecosystems of the cloud forest, past zipline adventures, to the waterfalls, rivers and swimming holes tucked within the mountains.

There are two main entrances to the park, with the most popular being the Rio Cangrejal entrance. Here a visitor center sits next to a suspension bridge with the river rushing below, showcasing the beauty of the park. The second park entrance is near El Pino and offers hikes that are often less trafficked.

El Bejuco Falls: This 4.5-mile roundtrip hike has 2,280 feet of elevation gain and is one of the most popular hikes in the entire park. The trail starts along the Cangrejal River before heading up the La Cascada trail. After the trail climbs, it follows along the El Bejuco creek before reaching the numerous falls and its swimming holes. While the falls themselves offer impressive views, the biodiversity leading up to the falls, is equally impressive.

Unbelievable Falls: The hike to Unbelievable Falls is 3.5 miles with just under 800 feet of elevation gain. The trail climbs steadily through the forest before reaching the two tier falls with a moderately sized swimming pool along the base. The trail leading up to the falls is a popular bird viewing sight throughout the year.

Cascada Zacate: The trail leading to Cascada Zacate was one of the first in the entire park. Though a three-hour trek, these falls are thought to be one of the most impressive in all of the park. They are known as the “noisy falls'' as the water rushes quickly down them. Note that swimming is not permitted at these falls as a local community uses the water downstream.

The nearest city to the Pico Bonito National Park is the coastal city of La Ceiba. The city sits along the Caribbean coast and has a population of approximately 200,000, making it the third most populous city in the entire country. The city is known globally for its annual carnival to celebrate Isidore the Laborer. Because the city sits along the base of the mountains, it receives an average of 130 inches of annual rainfall, with the rainy season occurring between October and February. Many tourists visit this city due to its vibrant nightlife, and close proximity to protected regions, outdoor recreation, and Caribbean coastline. 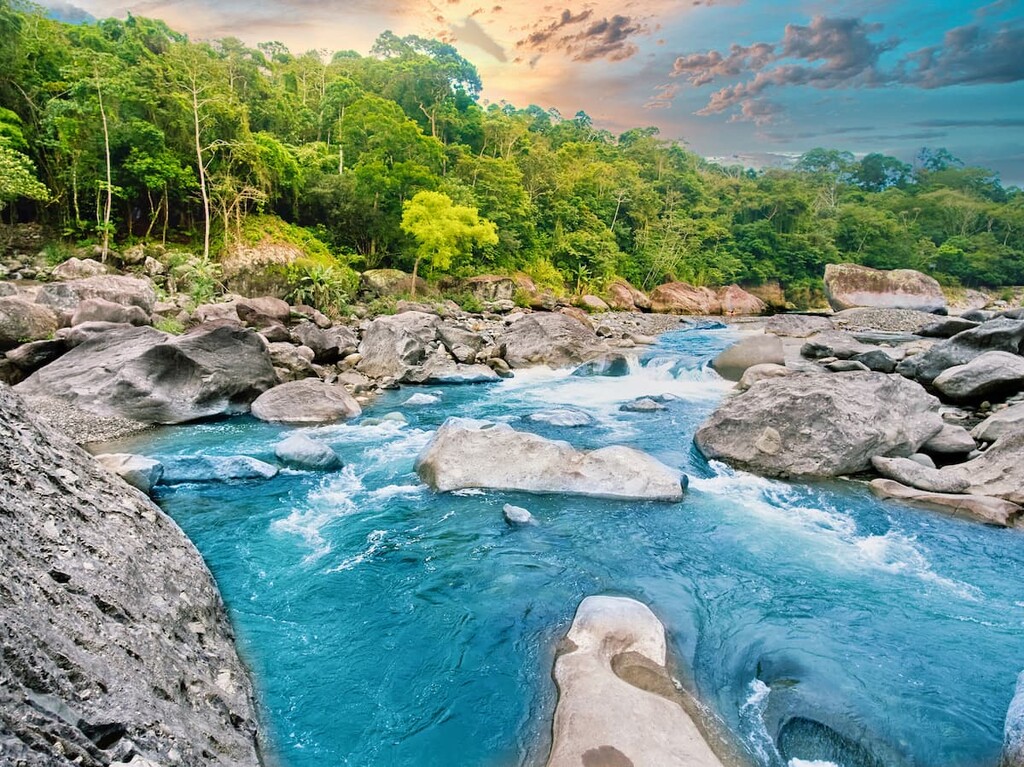 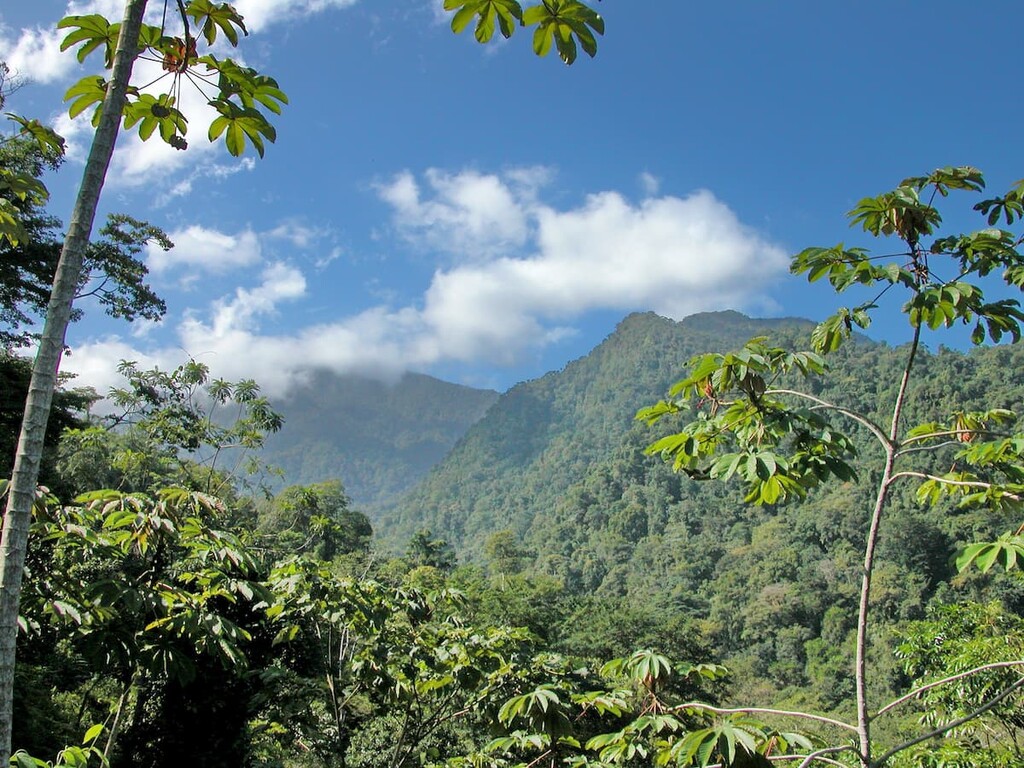 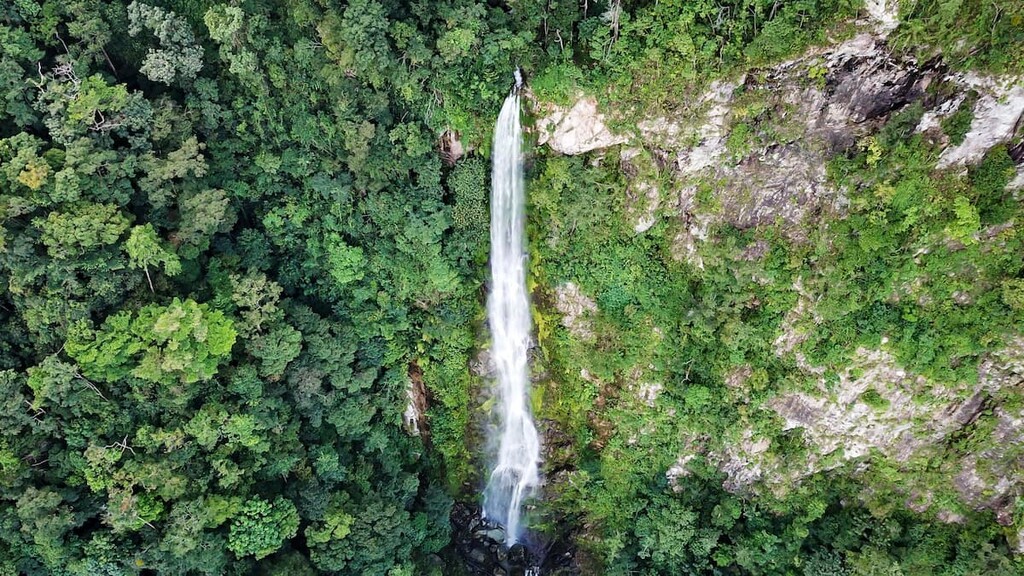 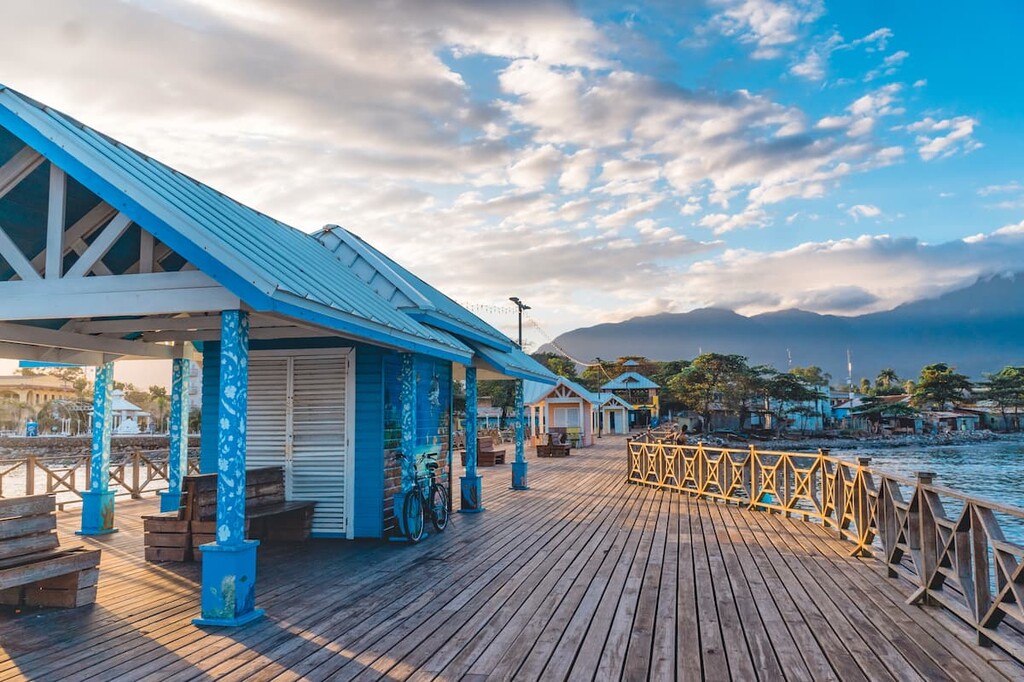