Nightcap National Park is a protected park area in the state of New South Wales in Australia. It’s part of the World Heritage-listed Gondwana Rainforests of Australia, which stretches across Queensland and New South Wales. The park is home to 8 named mountains, of which the highest and most prominent is Mount Burrell at 936 m / 3070 ft 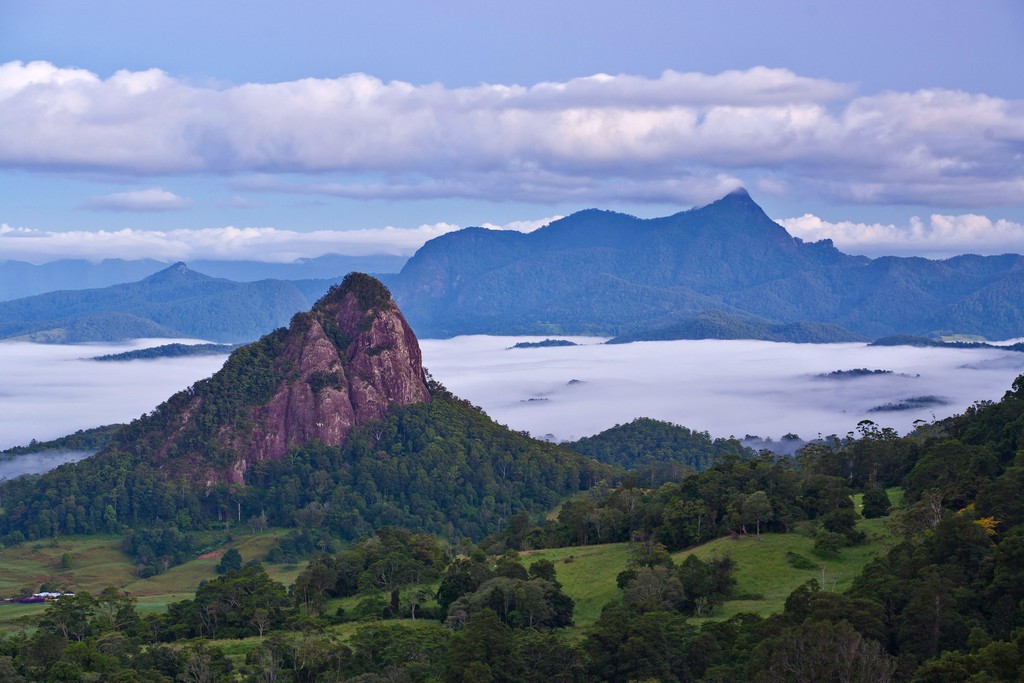 Nightcap National Park covers an area of around 8145 hectares (20, 126 acres) in north-eastern New South Wales. It forms part of the larger Gondwana Rainforests of Australia, which covers a vast landscape across northern New South Wales and southern Queensland.

Nightcap National Park is situated within the Nightcap Range which is a spur off the Great Dividing Range. The range is on the southern rim of the caldera of the Mount Warning shield volcano. The ancient volcanic past of the region has heavily influenced the landscape and vegetation that is found in the park today.

Nightcap National Park is situated on the south-eastern rim of the Mount Warning shield volcano which erupted over 23 million years ago. The impressive ridges, cliffs and deep gullies are remnants of this volcanic past.

The Nightcap Range was formed by the Lismore Basalts, which were overlain by the Nimbin Rhyolites and Blue Knob Basalts. These lava flows have eroded over time and produced some of the prominent exposed rock features of the park, including Sphinx Rock (807 m / 2647 ft).

The creeks that flow through the range have also slowly cut back the face of the rhyolite cliffs, as the power of the waterfalls slowly creates cracks that break off in large rock falls. This is most evident at places like Minyon Falls in the national park.

Nightcap National Park is part of the Gondwana Rainforests of Australia, which is the largest area of subtropical rainforest in the world. The basalt and rhyolite lava flows from the ancient volcano resulted in the nutrient-rich soil that feeds this wonderful rainforest in Australia. Combined with the highest rainfall in New South Wales, the area is a lush haven for a variety of unique plants and animals.

Most notably, the park is home to the recently discovered nightcap oak, which can grow up to 40 m (131 ft) high. The tree was only discovered in 2000 and is listed as critically endangered as it’s only found on the south side of the park.

Nightcap has been recognized as an important bird area internationally, with more than 140 species found in the area. Some of the birds you can see include, Albert’s lyrebird, green catbird, pale-yellow robin, paradise riflebird, red goshawk and regent bowerbird.

Nightcap National Park is the traditional land of the Bundjalung People. It was home to several Aboriginal communities, including the Nganduwal, Galibal, Githabul and Widjabal speaking people, who retain spiritual and cultural connections to the landforms. The park contains ancient sites of cultural significance, including sacred sites that are still used by local Aboriginal communities today.

After European colonization, the park area provided an important link between the Richmond and Tweed Valleys. The first bridle track was built in 1871 and a telegraph line followed in 1874 to connect the two valleys.

Conservation efforts began in the 1970s in response to campaigns against further logging of the rainforest in the region. Terania Creek was the site of the first rainforest anti-logging campaign in Australia, which pushed the movement into the early 1980s.

The national park was finally established in April 1983 and land was continuously added under its protection in the first few years of its existence. The area was given World Heritage status in 1989, after it was added to the Central Eastern Rainforest Reserves of Australia, which includes around 50 reserves and parks in New South Wales and Queensland.

One of the best ways to appreciate the beautiful rainforest, animals, plants and waterfalls in Nightcap National Park is on foot. Whether you’re after a short stroll or a full day hike, the national park has options for everyone.

Here are some of the best hikes in Nightcap National Park to check out on your next visit.

Definitely one of the most popular walks in Nightcap National Park, the Minyon Falls Loop takes you to this stunning waterfall. The 7.5 km (4.6 mi) loop is graded moderately difficult and can be started at either Minyon Grass or Minyon Falls Picnic Area.

On this walk, you can admire the changing vegetation through the forest to the base of Minyon Falls. However, it’s a steep climb out of the valley floor back to the top of the escarpment.

It’s also possible to shorten the hike and simply walk to the waterfall and back from Minyon Grass which would be 4 km (2.5 mi) return.

The Historic Nightcap Track is perfect for those interested in taking in some of the history of the park. The 18 km (11.2 mi) one way trail runs from Mount Nardi (817 m / 2680 ft) to Rummery Park and follows part of the original trail that was used by workers between Lismore and Murwillumbah in the 1800s.

It’s possible to turn this trail into an overnight hike, as camping is permitted at Rummery Park Campground in Whian Whian Conservation Park. It’s advised to complete this trail from west to east, but you can start at either end.

For those looking for a shorter trail, the 1.4 km (0.9 mi) return walk to Protesters Falls is a nice wander through the Bangalow palms to the base of the falls. Swimming is not allowed however, in order to protect the endangered Fleay’s barred frog that can be found in the vicinity.

Beginning at Mount Nardi, this 3 km (1.85 mi) loop is a wonderful walk through lush rainforest encircling Mount Matheson (816 m / 2677 ft). Both the Pholis Gap and Historic Nightcap Track turn off this trail, allowing you to extend your walk if you wish.

Another walk beginning at Mount Nardi, the gap was named after Athol Pholi who was killed by a falling tree while working in the area. The track takes you through the rainforest and offers spectacular views of Mount Warning and Wollumbin National Park. The 4 km (2.5 mi) return walk is perfect for moderately fit people looking for a short 1-2 hour hike.

For experienced walkers, you can extend the Pholis Gap track and skirt westwards along the ridgeline taking in some of the highpoints of the Nightcap Range. You must be adequately prepared with navigation devices for this 18 km (11.2 mi) return hike.

The unmarked, rugged track has overgrown sections, old logging tracks, and steep slopes which will challenge even fit walkers. Taking in Mount Nardi (817 m / 2680 ft), there are spectacular views to Wollumbin-Mount Warning (1156 m / 3792 ft) in the north from the ridge.

There are no official campgrounds inside Nightcap National Park.

However, there is the Rummery Park Campground in the adjacent park of Whian Whian State Conservation Area. This campground has 18 sites for tents, camper trailers, caravans and campervans.

You’ll also find picnic tables, barbeque facilities and toilets for campers. Online bookings are required which can be done through the NSW Parks website.

While there are several towns close to Nightcap National Park, the park is quite a distance from any major capital city. In fact, the closest city is Brisbane, which is across the state border in Queensland. However, if you’re looking to take an extended road trip from one of the capital cities, then check out these options:

Around 215 km (133.5 mi) north of Nightcap National Park, Brisbane is the capital city of Queensland. Brisbane is well-connected with an international and domestic airport as well as major national highways. The city is located on the east coast of Australia and is known for its proximity to stunning surf beaches and other national parks.

The capital city of New South Wales is quite a distance to the south of Nightcap National Park, at 767 km (476.5 mi) or a 9-hour drive away down the east coast. However, it is Australia’s largest city, so it’s well-connected to virtually any other city in the country as well as overseas destinations.

Sydney is known for its stunning harbour, with iconic landmarks including the Sydney Harbour Bridge and Opera House. However, there are also plenty of other national parks closer to the city center to explore too, including Royal National Park and Blue Mountains National Park. 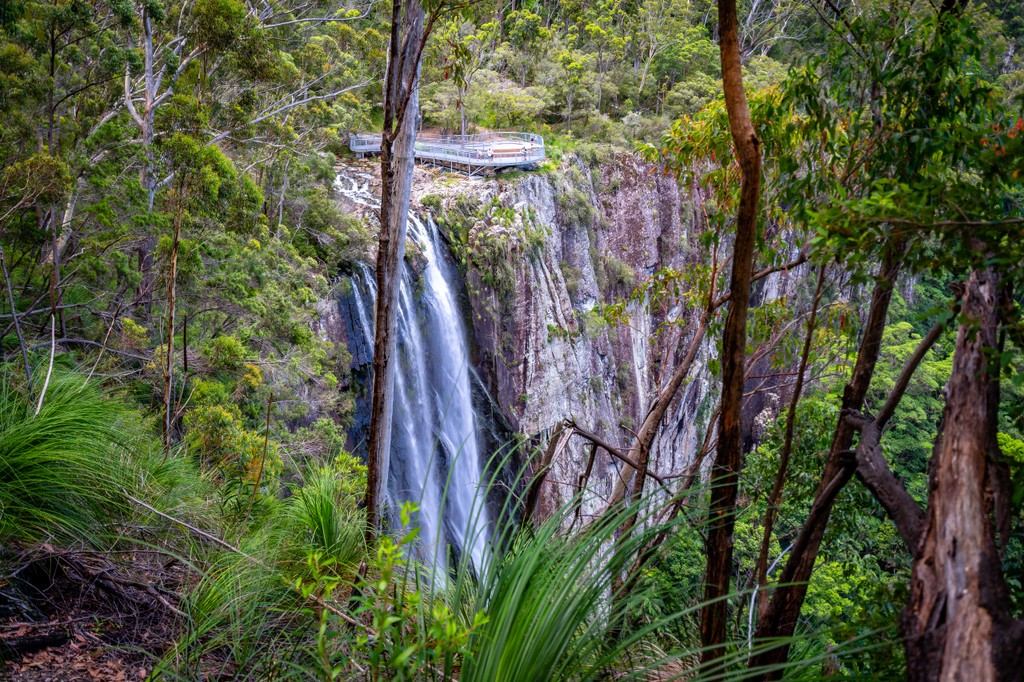 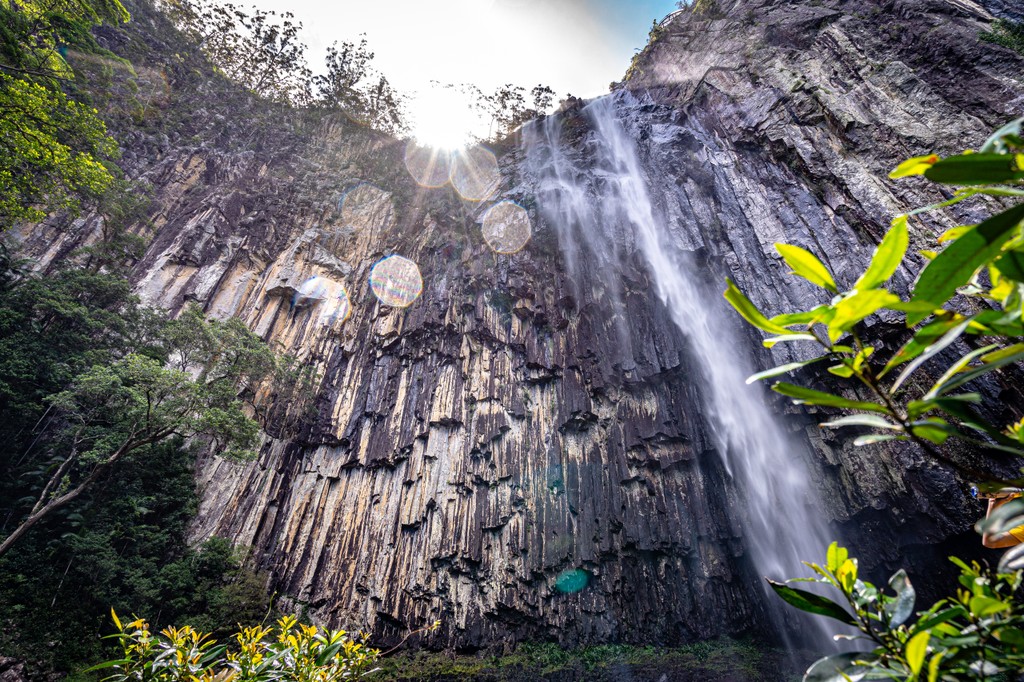 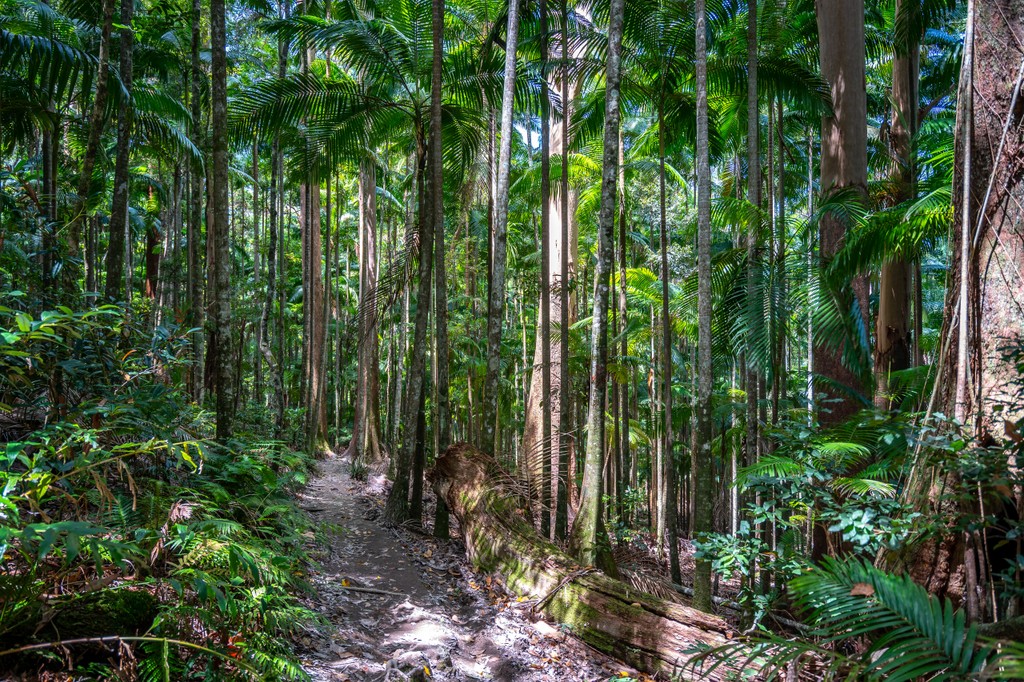 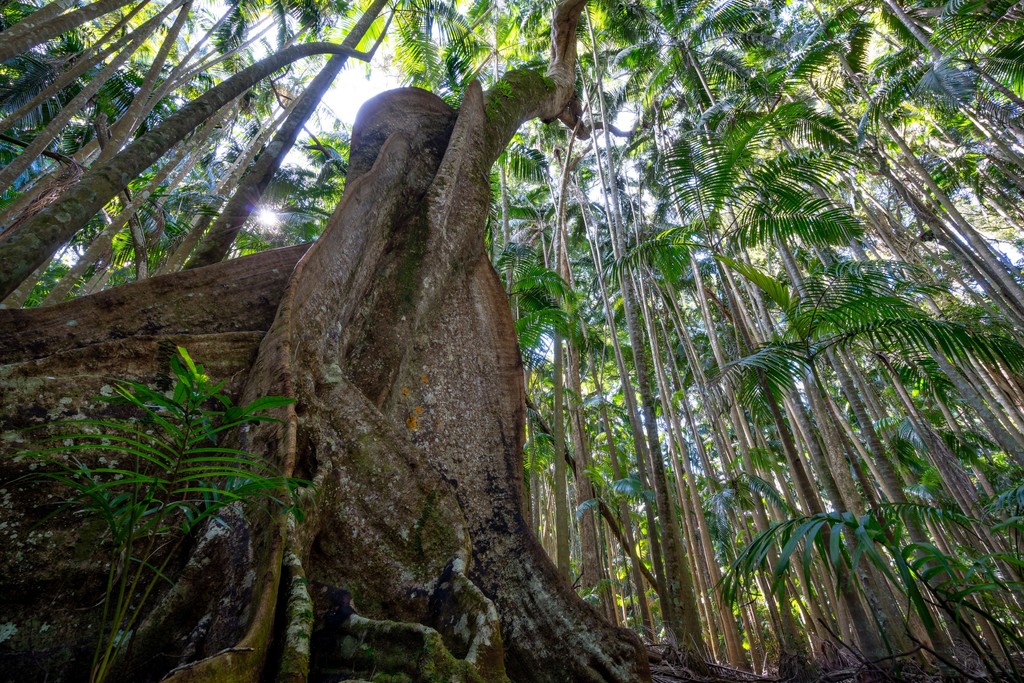 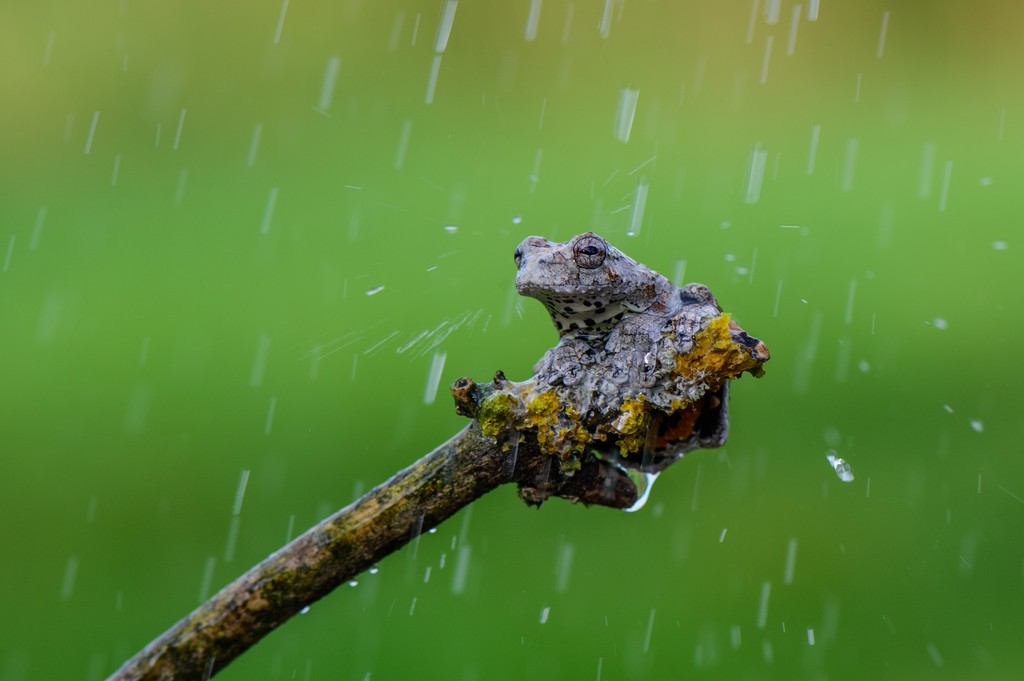 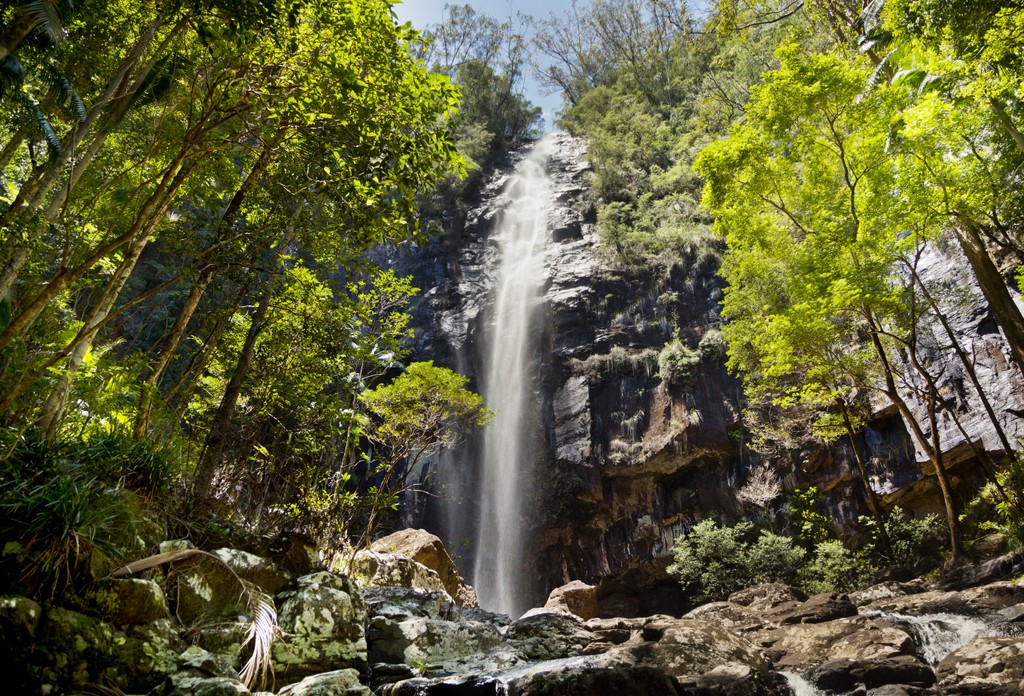 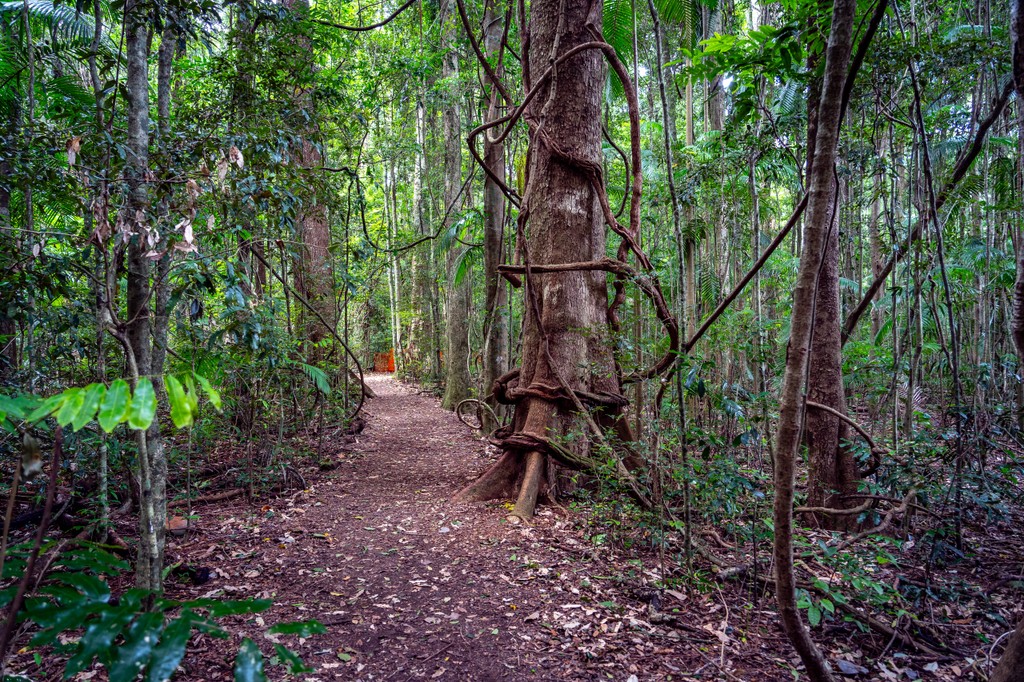