Established to protect and conserve the fragile but beautiful ecosystem of the Andes, the Parque Nacional Nevado de Tres Cruces in Chile’s Región de Atacama offers 591km2/228mi2 of stunning landscapes and views.

With its lagoons, rivers, wetlands, salt flats, hills, and, of course, desert terrain, the Parque Nacional Nevado de Tres Cruces boasts a unique array of environments, all the while surrounded by mountains and volcanoes visible throughout the park. 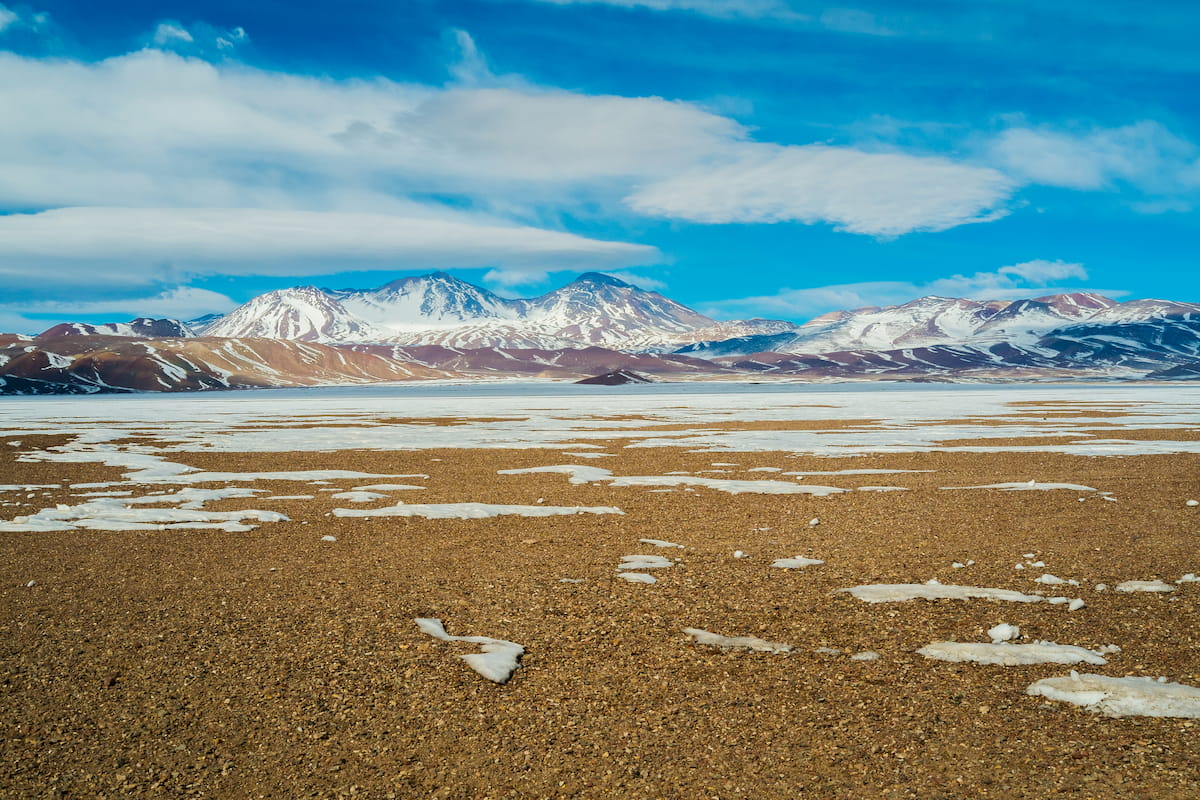 Within the Región de Atacama, the park is located in the Provincia de Copiapó, just about three hours northeast of the namesake city of Copiapó. Deeply inland, the park is close to but does not touch the Argentinian border, being near the Argentinian province of Catamarca.

Though the park is named after the Nevado Tres Cruces, the peak itself is not actually located inside the Parque Nacional Nevado de Tres Cruces. Instead, it is named for the towering and domineering effect the mountain has over the park’s landscape.

The Parque Nacional Nevado de Tres Cruces is classified as part of the high Andean steppe, by the subregions of the Altiplano and the Puna. The most notable landscape features of the park are the Laguna Santa Rosa, Salar de Maricunga, and Laguna del Negro Francisco, with the first two beholden to the massif of the Nevado de Tres Cruces.

There is still the Laguna Santa Rosa, however, located in the southwest corner of the Maricunga depression. This lagoon, with a fairly shallow depth and a surface of around 200 hectares, has incredibly high salinity due to its location within the Salar de Maricunga.

The Laguna del Negro Francisco is split into two portions of different colors, with its main tributary being the Río Astaburuaga. The separation of color is the result of either a glaciation leaving behind a moraine, or the wind-driven growth of a sandback, forming a peninsula. South of this peninsula contains fresher water than the saline north, hence the difference in hue.

Alluvial forms make up the land surrounding the lake, with alluvial deposits of gravels, sands, and silts consisting the eastern portion. The lake sits in a depression between the eastern Andes and the western Domeyko, for both of which the subduction of the Nazca Plate beneath South America is the cause of their formation.

The depression, which extends to the Salar de Maricunga, is largely blanketed by andesites formed between the Oligocene and the Pliocene epochs.

Though it is not within the park’s boundaries, the massif of the Nevado Tres Cruces, and the neighboring Ojos del Salado, contribute heavily to the park’s landscape, and the massif marks the limits of the Salar de Maricunga. The Nevado Tres Cruces is a volcanic range created in the Pleistocene, having been formed along a fault line, with its last eruption likely occurring around 28,000 years ago.

The altitude of the park, as part of the high Andean steppe, sets it apart from warmer counterparts below, deeming it a cold mountain desert with an average temperature of 6.9ºC/44.4ºF. Generally speaking, the area faces low humidity, a large range of temperatures both within a day and within a season, occasional winter precipitation, and even more occasional summer precipitation.

Nonetheless, the diversity of ecosystems in the park, from puna grasslands to wetlands to arid slopes, allow for a diversity of flora and fauna as well. There are around 65 plant species and 77 animal species common to the park, and of the animals, about 62 are birds, 11 are mammals, and 4 are reptiles. 16 of those animal species are currently at risk and are protected by the park boundaries, with four of them endangered, seven vulnerable, and three rare.

The Laguna Santa Rosa and Laguna Negro are considered important wetlands under the Ramsar Conventions, as they support species such as the vulnerable Andean gull and vicuña. These ecosystems are also home to notable populations of Andean flamingos, James’s Flamingos, and Horned Coots, as well as being very culturally significant, preserving many vestiges of pre-Hispanic settlement.

These wetlands can be well observed from the Río de la Gallina, where the green vegetation of its banks often attracts herds of vicuñas and guanacos.

Prehistoric hunter-gatherers, both pre-ceramic and ceramics-using, were likely active around the Río Astaburuaga and the Laguna del Negro Francisco. The later peoples used the land horticulture.

After this, the closest indigenous peoples to the park’s territory would likely have been the Diaguita, but there does not seem to be evidence suggesting there was much indigenous settlement in the area, perhaps due to the park’s extreme climate.

When the Inca expanded downwards into Chile, they were not particularly active within the park’s boundaries themselves, but were active in the valleys south and southwest from the Laguna del Negro Francisco. Over time, and especially with Spanish conquest, the surrounding area became home to many intensive mining operations.

The Parque Nacional Nevado de Tres Cruces offers a variety of ways in which to enjoy and experience its unique and varied landscape. There are four main trails with five amazing lookouts, leading to the park’s main attractions, as well as two refuges for those who wish to stay in the park overnight.

This trail winds through both the Laguna Santa Rosa and the Salar de Maricunga, with a distance of around 36km/22mi that is sure to present a rewarding challenge.

The average height of the route is around 3,700m/12,139ft, with access to a lookout from which one can see the surrounding lagoon landscape. There is also a rest area and a refuge along the way.

This 24km/15mi trail, at an average elevation of 4,000m/13,123ft above sea level, surrounds the Laguna del Negro Francisco. In the same vein as the Sendero Laguna Santa Rosa, the trail provides a rest area and a refuge, as well as great views toward the Azufre volcano and toward the basin around the lagoon.

This massive 90km/56mi self-guided trail connects the two sectors of Laguna Santa Rosa and Laguna del Negro Francisco, on a path that leads through the Cienaga Redonda and Río Astaburuaga. Along this trail are the plains and wetlands of the high Andes, herds of vicuñas, and a diverse body of birds in the wetter areas.

The last notable trail is the environmental interpretive trail of Río La Gallina, which showcases the terrestrial flora and fauna of Andes mountain streams.

The Mirador Ciénaga Redonda sits near the beginning of the Pantanillo Cienega Redonda biological corridor, a viewpoint of the wetlands and the thriving bird life that resides there, with the Nevado Tres Cruces serving as a backdrop to the scene.

On the eastern edge of the Laguna Santa Rosa sector is the Mirador Río Lamas, accessible through the international road that leads to Argentina. This lookout provides views of the Salto del Río Lamas, where vicuñas can often be found grazing along its banks.

The remoteness of the Parque Nacional Nevado de Tres Cruces leaves few cities within its vicinity, with perhaps the only one of note being Copiapó. Nonetheless, there are many smaller towns along the way, which may provide interesting and unique locations to spend some time in.

The closest major city to the Parque Nacional Nevado de Tres Cruces is the city of Copiapó, located about three hours southwest of the park. The growing tourism sector and its fairly central location to the major sites of the Región de Atacama deem it an ideal location for lodging or for a day trip, alongside a rich cultural history seen in its national and indigenous monuments.

Copiapó, capital of the Provincia de Copiapó and the Región de Atacama, has around 158,000 people, supporting a casino and numerous museums and parks. 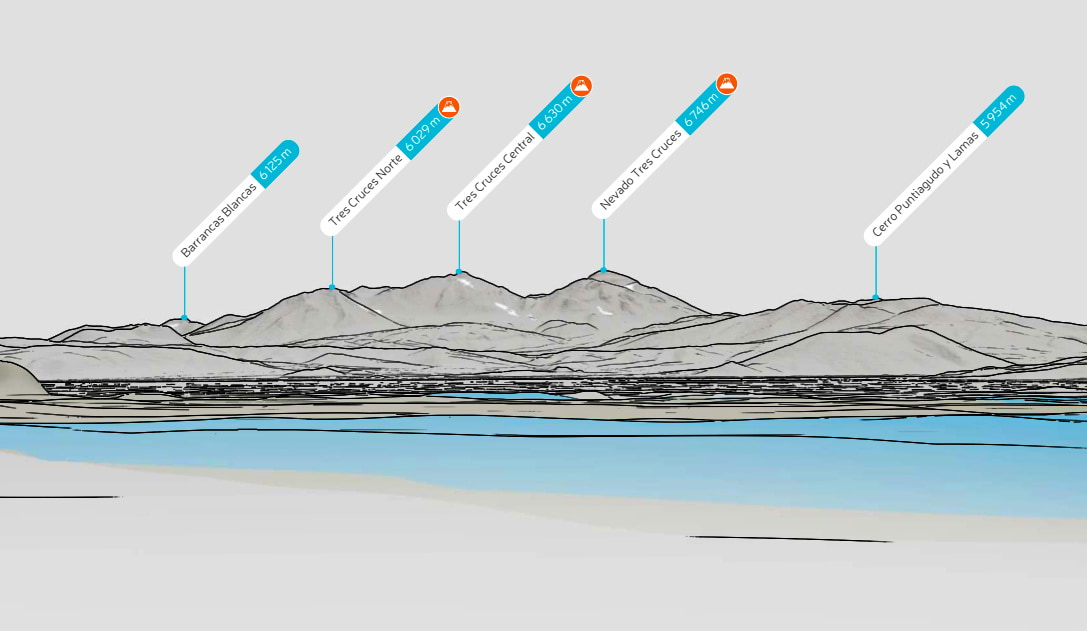 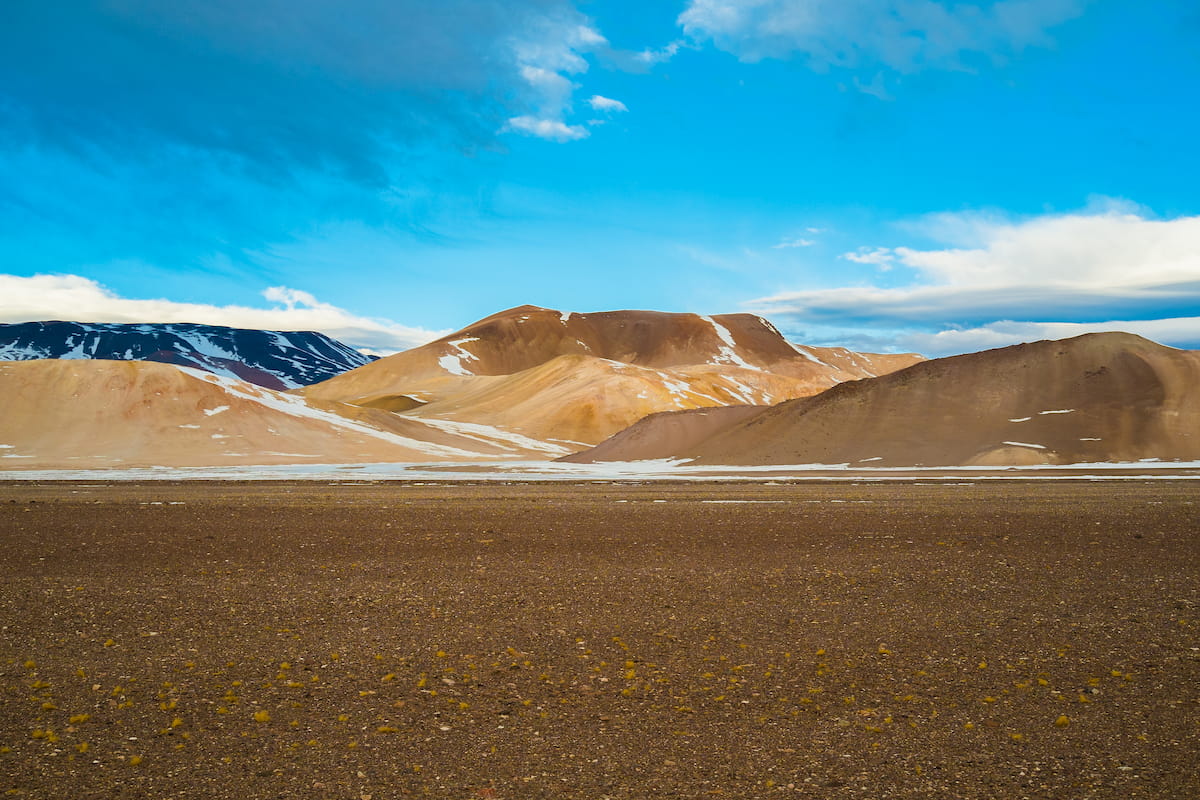 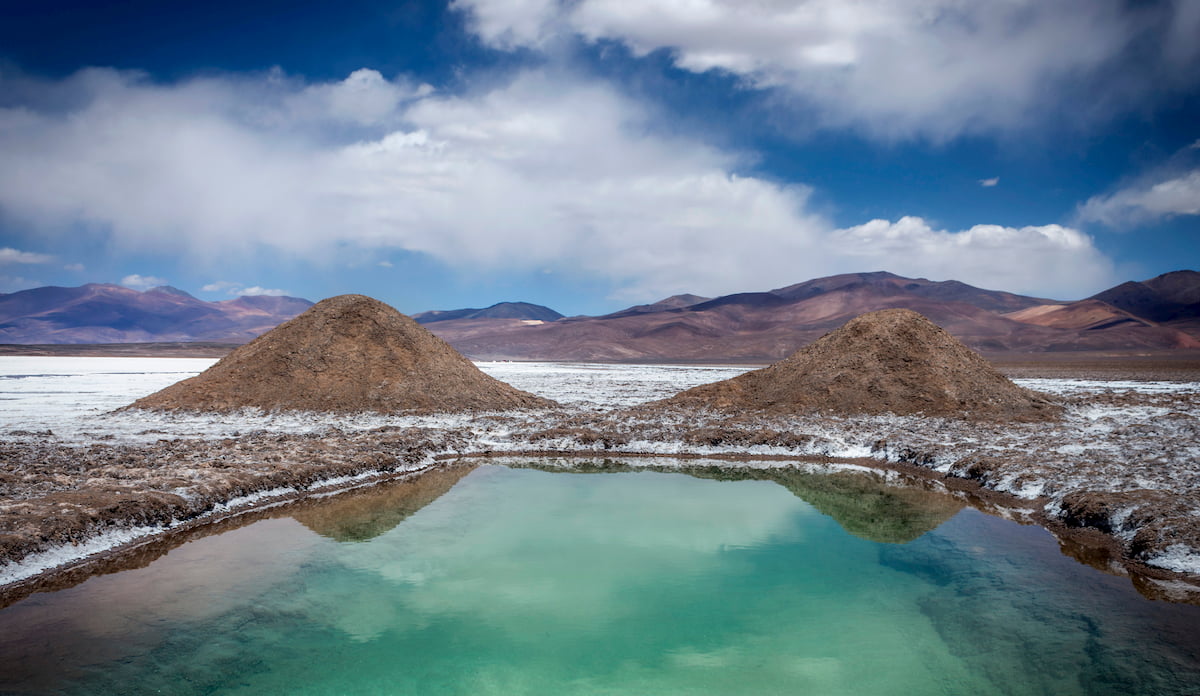 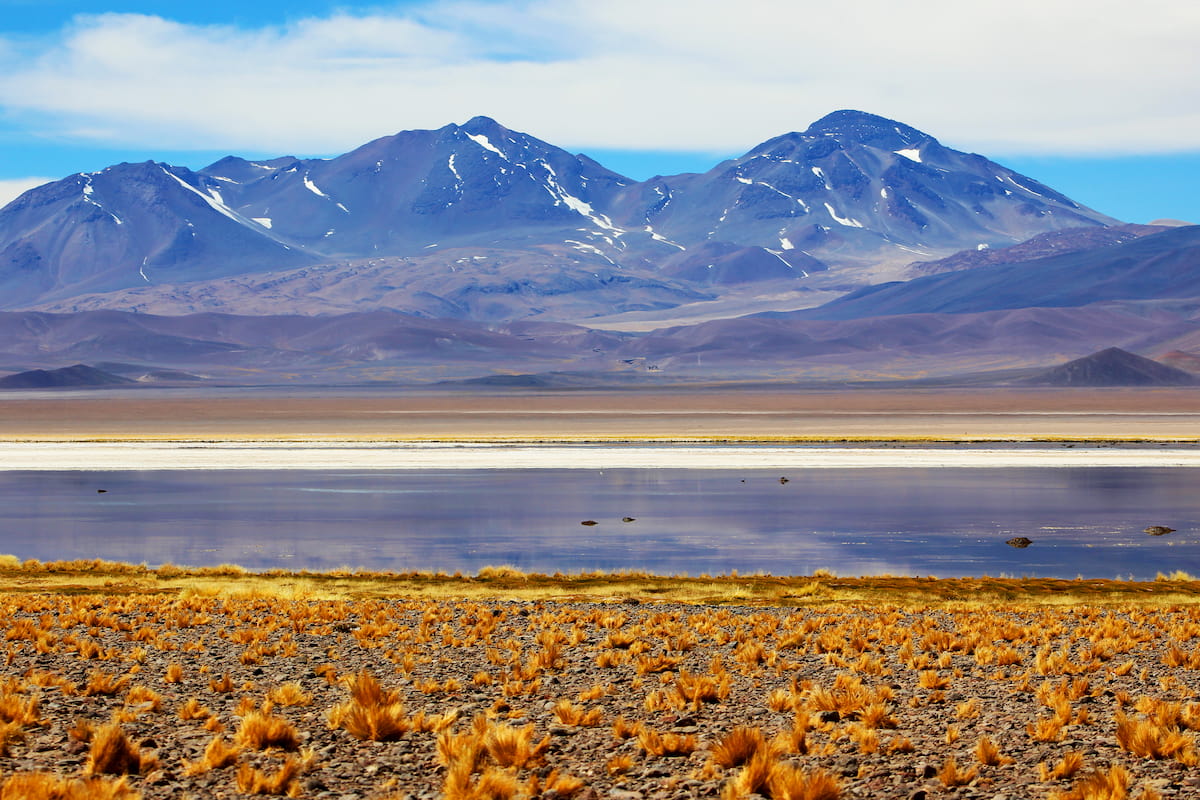 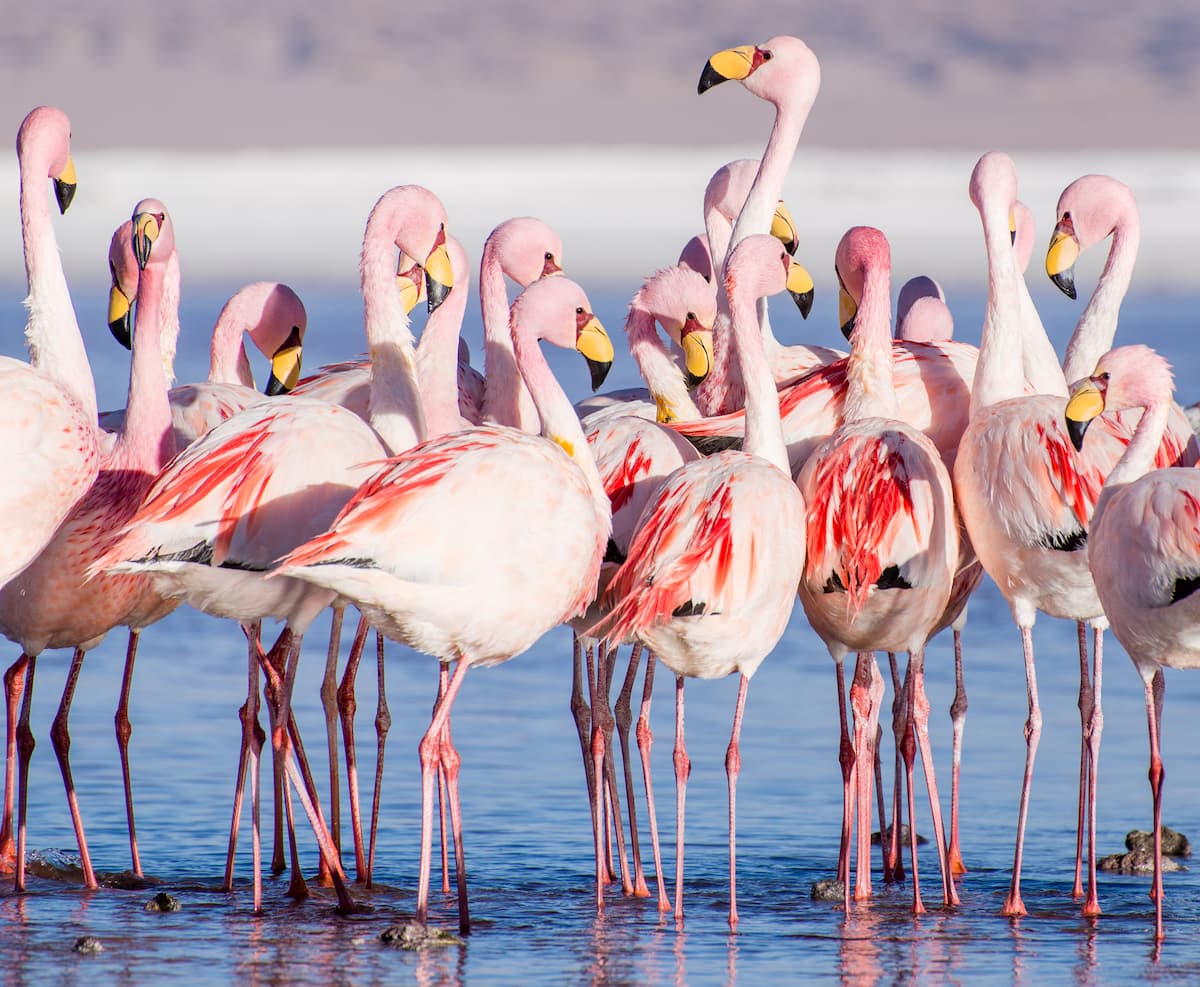 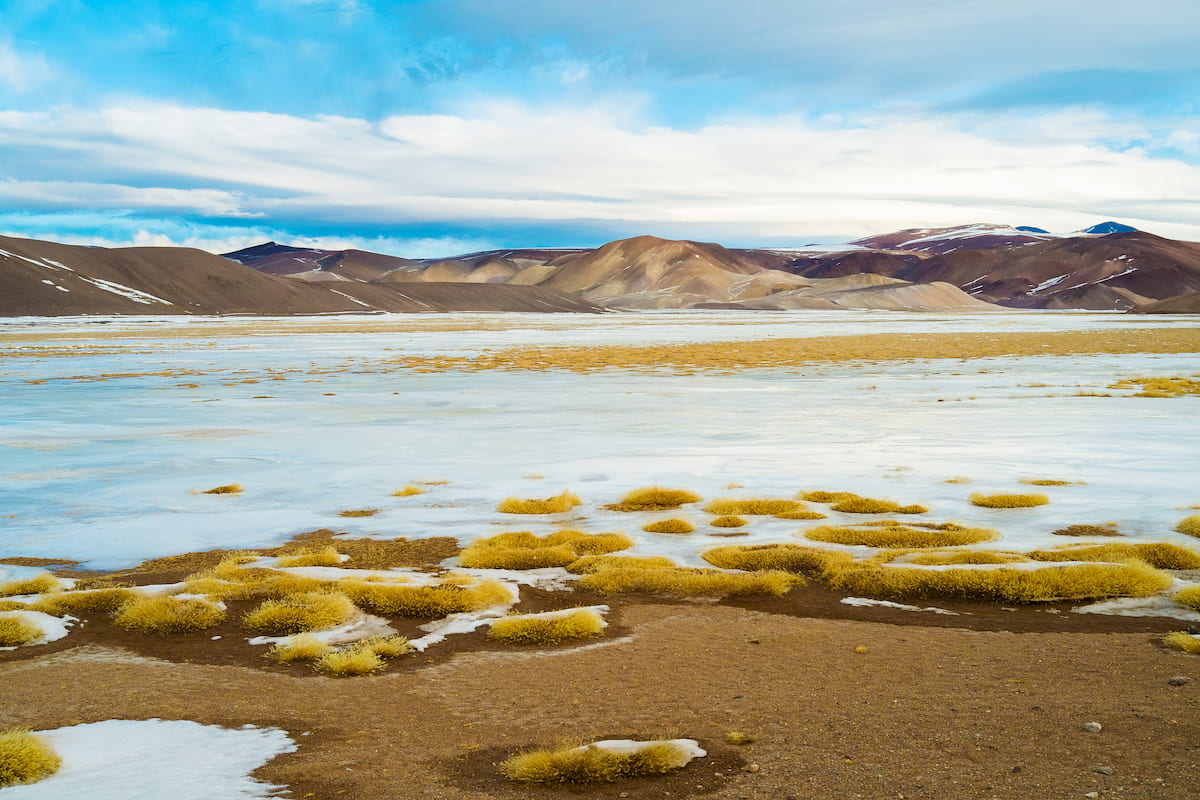 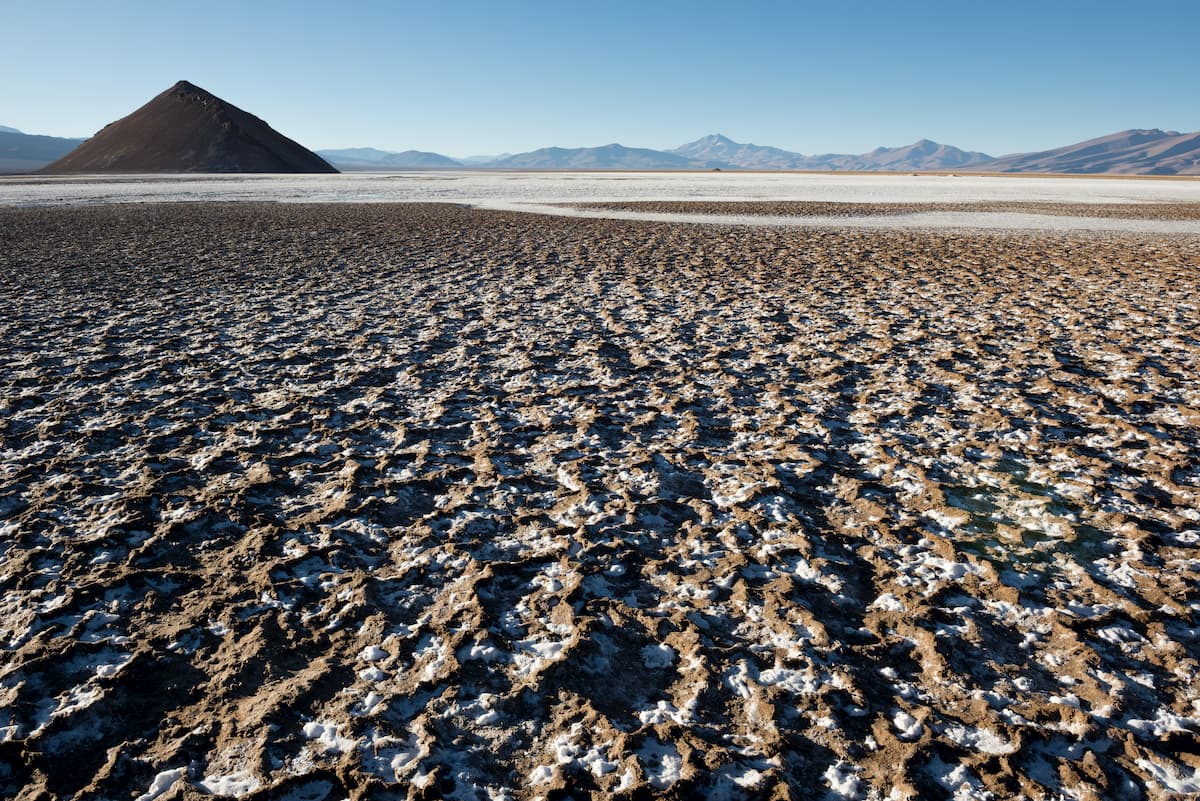