On July 29th, 1913, Conrad Kain, W.W. “Billy” Foster, and Albert “Mack” MacCarthy made the first successful ascent to the top of the most prominent peak in North America’s Rocky Mountain range – Mount Robson. The trio would spend thirteen hours “of strenuous fighting up rock cliffs and dangerous slopes of snow and ice” and cut sixteen hundred steps with an ice axe before reaching the summit. Kain would later describe Mount Robson as “one of the most beautiful mountains in the Rockies.” 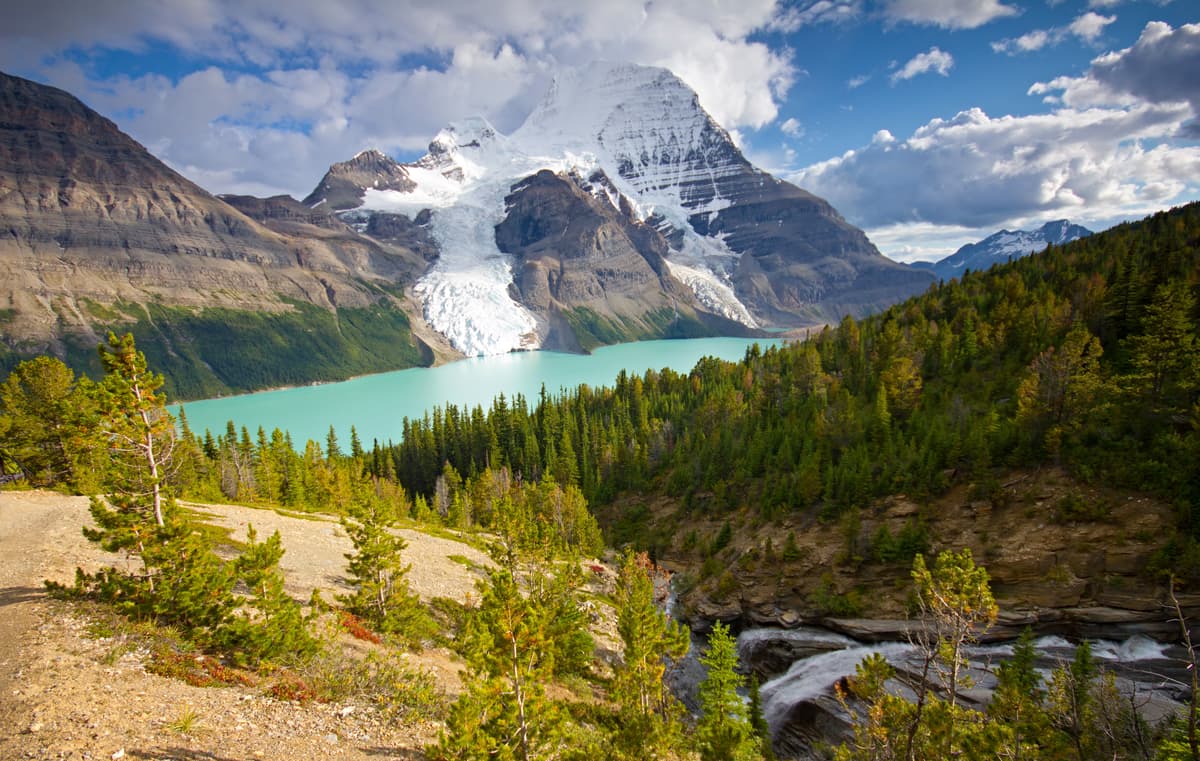 Mount Robson Provincial Park, which was established earlier the same year, is the second oldest park in the British Columbia’s park system and spans an impressive 225,777 hectares, most of which is undisturbed wilderness.

The first inhabitants of the Mount Robson region were the Texqakallt First Nation, who lived and thrived near the headwaters of the Fraser River. In 1820, one of the earliest explorers, Pierre Bostonnais, made his way to the area and led the first Europeans through Yellowhead Pass. It wasn’t long before the region would be the site of trapping, hunting, exploration, and transportation. In the early 1900s, the Grand Trunk Pacific was built through Yellowhead Pass.

In 1990, Mount Robson was included in the Canadian Rocky Parks UNESCO World Heritage Site. Together, with Banff, Jasper, Kootenay, and Yoho National Park, as well as Mount Assiniboine and Hamber provincial parks, Mount Robson is renowned for its incredible natural beauty and its geological and ecological significance.

In addition to Mount Robson, the park is an astounding representation of the North Continental Ranges and contains extraordinary massifs like The Dome, Resplendent Mountain, The Helmet, Mount Fraser, and Whitehorn Mountain. Surrounded by three prominent mountain ranges, the Caribou, Monashee, and Rockies, Mount Robson is an understandably popular destination for avid backpackers and hikers. The park’s first recreational trail was built in 1913 along the Robson River to Berg Lake. Today, the trek to Berg Lake remains one of the park’s most prized footpaths.

Though the park is best-known for its imposing mountainous terrain, it also preserves four unique biogeoclimatic zones – Interior Cedar Hemlock, Sub-boreal Spruce, Engelmann Spruce-Subalpine Fir, and Alpine Tundra zone. In addition to these ecosystems, the park protects the headwaters and first 62 miles of British Columbia’s most important river - the Fraser River. The Fraser River is the largest salmon producing river in the world and flows for more than 850 miles to the Pacific Ocean.

A world-renowned backcountry hiking trail, the Berg Lake trail travels for 23 kilometers through three different biogeoclimatic zones. In route to this icon of the Rockies, hikers will enter the Valley of a Thousand Falls, passing stunning glaciers, including Berg and Robson glaciers, waterfalls, and iridescent turquoise lakes. Most hikers will opt to use one of the campsites at Berg Lake as a basecamp and continue exploring the area.

Several popular day hikes can also be accessed via the Berg Lake Trailhead or from campgrounds along the way. 4.5 km from the trailhead, hikers can reach Kinney Lake, an expansion of the Robson River.

From the Berg Lake Campground, hikers can also continue on 22 km to Snowbird Pass. This epic footpath is located 7 miles up a glacially carved valley that flows into Berg Lake. The trail, which follows the Robson River before climbing up the pass, offers impressive views of the expansive Reef Icefield and surrounding summits.

At the end of the Berg Lake Trail, hikers can also opt to follow a 2-hour footpath to Toboggan Falls, a 284-foot cascading waterfall found north of Berg Lake.

The Mount Robson Mountain River Lodge is the nearest inn accommodations to both Mount Robson and Jasper National Park. The main lodge rooms offer visitors private bathrooms and complimentary breakfast, but guests can also opt to stay in a private self-catered cabin. The lodge also sits just 5 minutes from the famous Berg Lake Trail, making it an excellent option for avid hikers and outdoor enthusiasts.

Nestled on the shores of the Fraser River, the Mount Robson Lodge was founded in 1981. The lodge, which sits just 90 km from Jasper, is comfortable, affordable, and ideally located for exploring Mount Robson Provincial Park. The lodge offers 18 cabins, some of which offer incredible views of Mt. Robson, as well as a 25 seasonal on the Fraser River.

Known as the “Gentle Giant of the Rockies,” Jasper is a peaceful mountain town teeming with adventure. The world’s largest dark sky preserve, Jasper is the perfect place for stargazing and, if you’re lucky, experiencing the aurora borealis. Jasper serves as the ideal place to explore the alpine terrain in Jasper National Park. In addition to year-round outdoor recreation opportunities, Jasper offers a variety of accommodations including reputable resorts like Pyramid Lake Resort, Mount Robson Inn, and Fairmont Jasper Park Lodge. 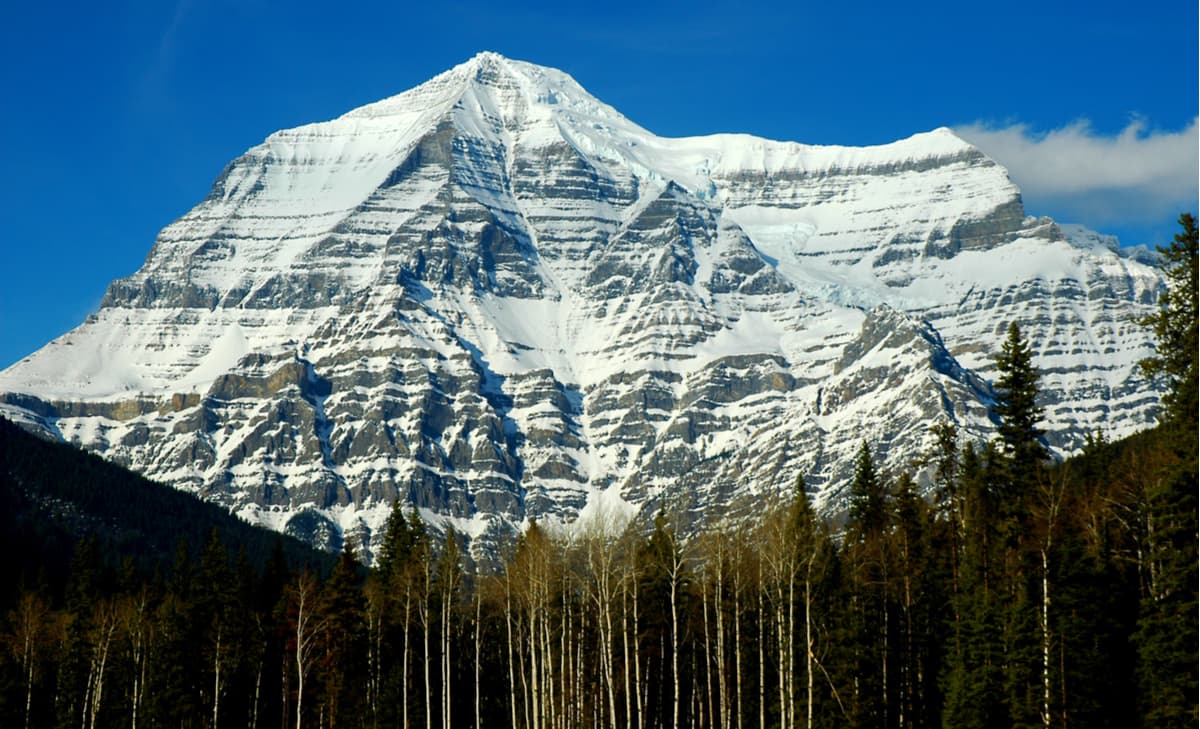 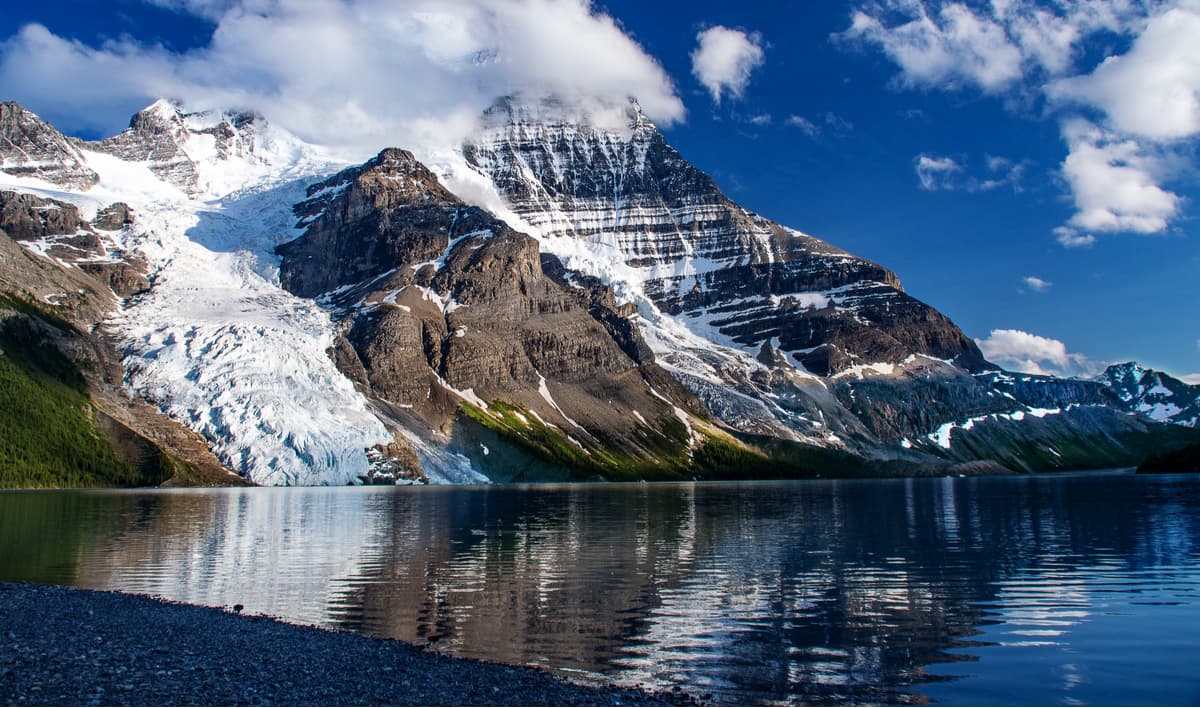 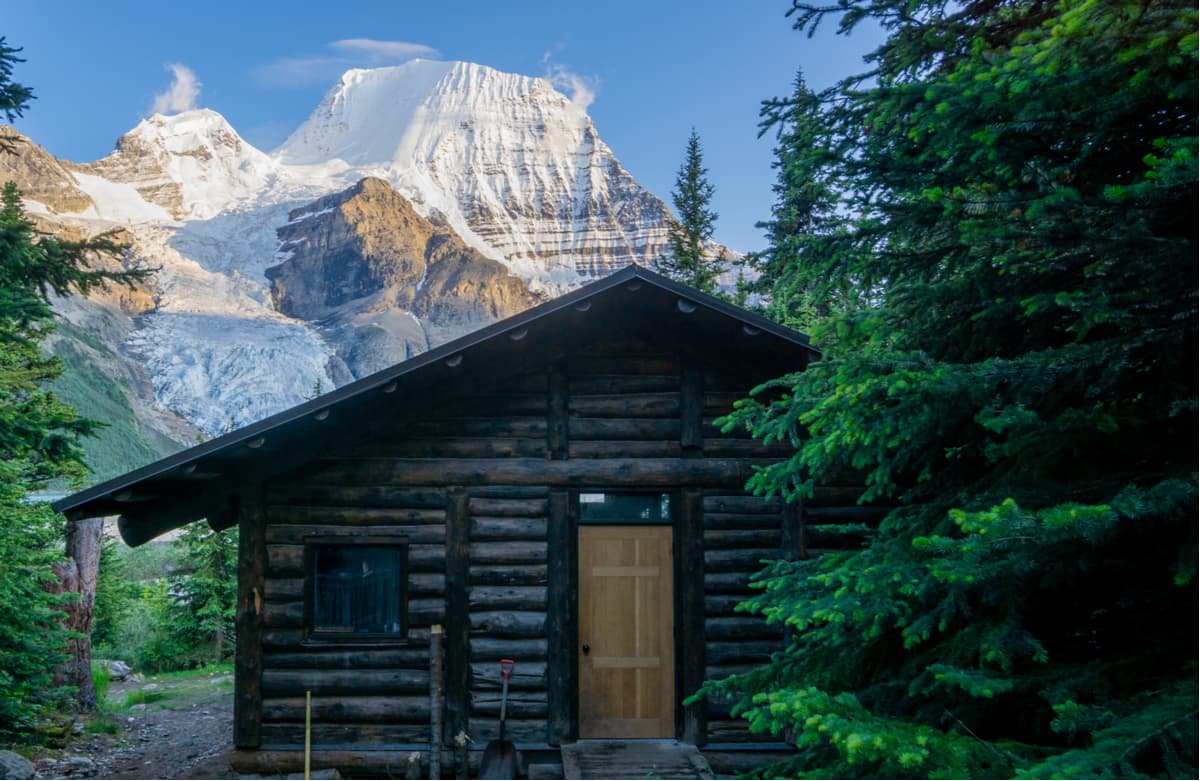 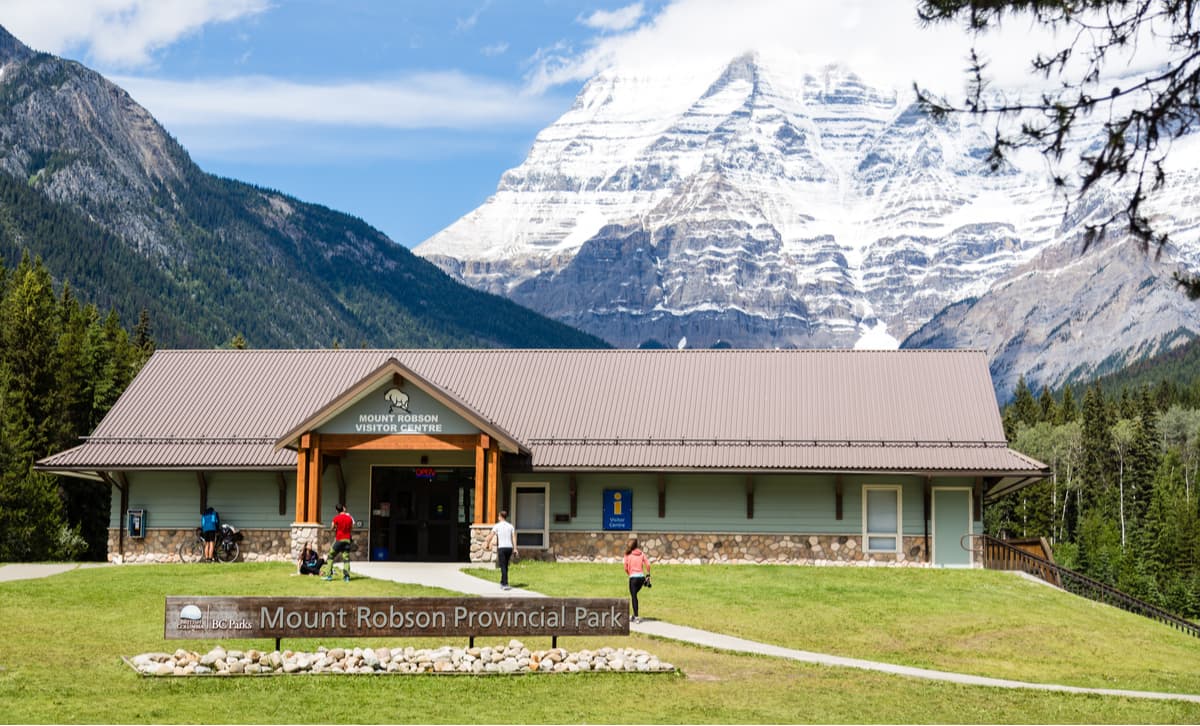 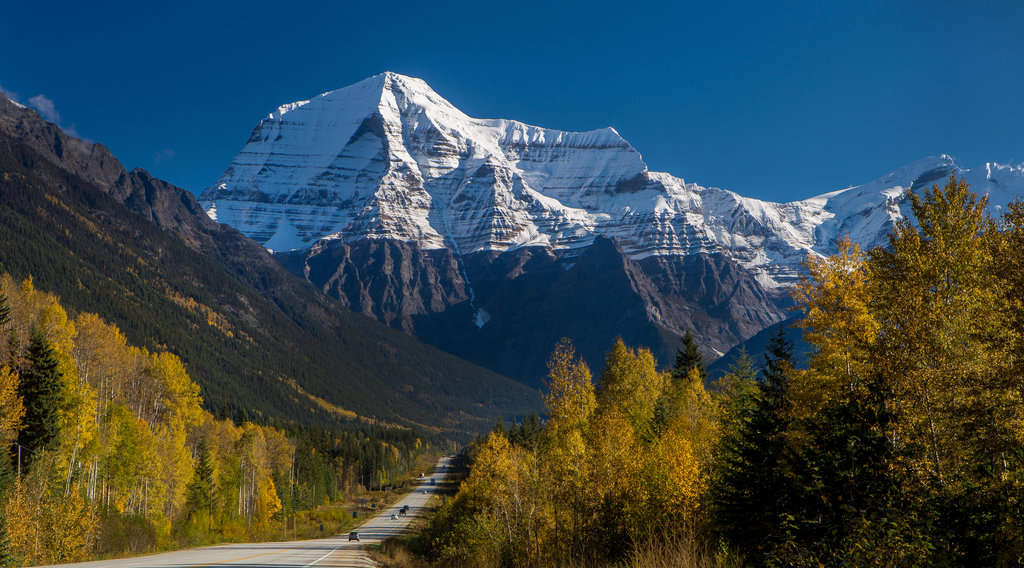 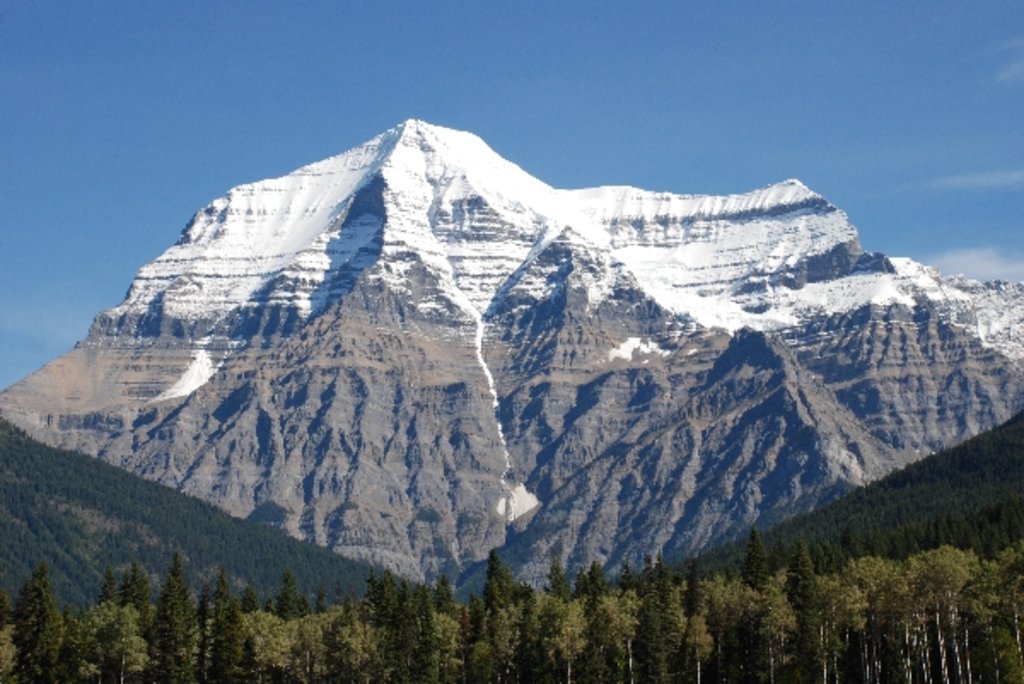