This magnificent natural wonder is located in the huge San Luis Valley in south central Colorado. Originally designated as a National Monument in 1932 by President Herbert Hoover, it was upgraded to National Park status by an act of Congress in 2004. In the process, a boundary change was authorized which added a preserve that protects 65 square miles in addition to the original 168 square miles. Thus the combined Great Sand Dunes National Park and Preserve was created. The original Monument was confined to the sand dunes and surrounding area while the added Preserve is located in the Sangre de Cristo Range. We will confine our discussion mostly to the National Park – or at least to those parts of the Preserve that can be accessed from the Park. 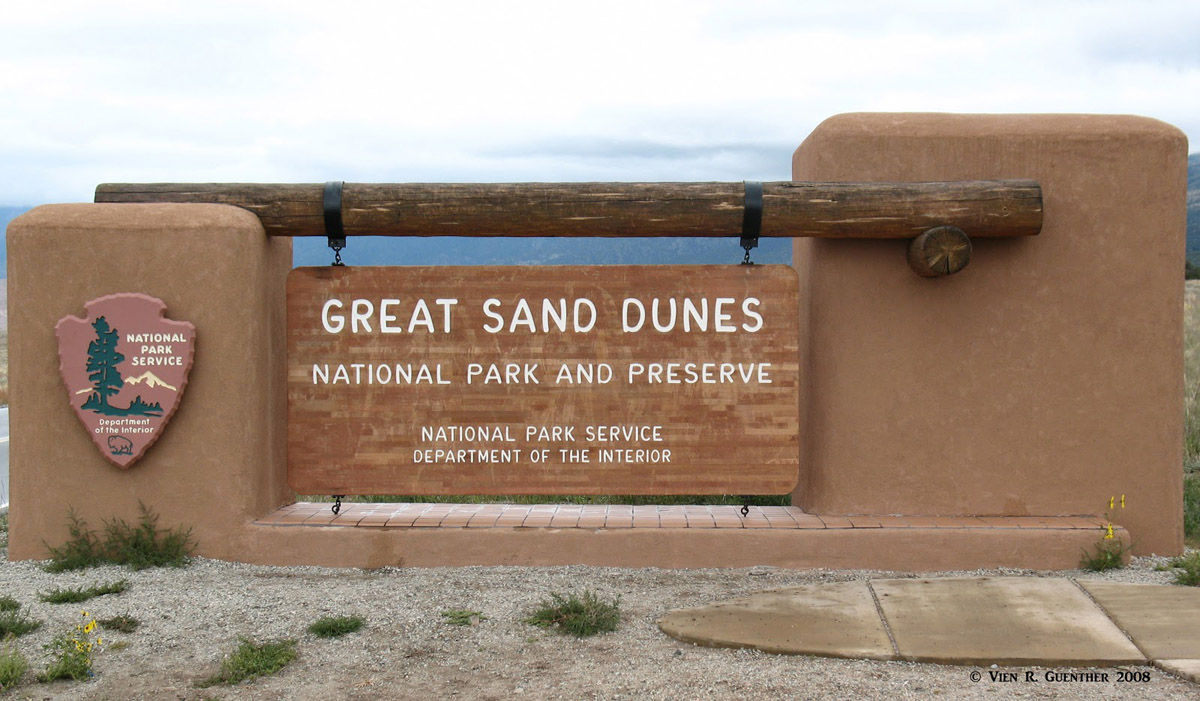 The park contains the tallest sand dunes in North America, reaching up to 750 feet above the floor of the San Luis Valley. The park has three named “mountains”, all of which are dunes, with the highest appropriately called Highest Dune and the most prominent known as High Dune. It is interesting to note that the tallest dune, Star Dune, is neither the highest nor the most prominent. The dunes cover an area of about 30 square miles and contain an estimated 1.2 cubic miles (5 billion cubic meters) of sand.

The formation of the dunes actually came about concurrently with the formation of the San Luis Valley itself, starting with sediments from the surrounding mountains filling in the valley over eons. Most of this sand came from the San Juan Mountains about 65 miles to the west, with the larger, rougher grains and pebbles originating in the closer Sangre de Cristos to the east. This formed lakes in the valley that ultimately receded, leaving behind the exposed sand. This sand was then blown toward the Sangre de Cristos by the prevailing southwest winds, thus forming a dune field.

The tallest dunes in North America

However, the dunes themselves represent only about 11% of a much larger sand deposit that covers more than 300 square miles. Most of this sand deposit outside of the dune field is now stabilized by plants – both natural grasslands as well as cultivated fields. There is a considerable amount of agriculture taking place in the valley. Consequently, the underlying curves and contours of the original deposits are difficult to discern today.

Continuing erosion brings more sediment down from the Sangres via several creeks, the two major ones being Sand Creek in the north and the other Medano Creek in the south. These creeks are said to be the lifeblood of the dunes in that they are critical links in the natural system of sand recycling. During the spring snowmelt, these creeks provide much needed moisture to this desert valley. Once the snowmelt runoff has run its course by summer, the valley dries out and then the wind brings the sand back toward the dune field where the process begins over again. While an over-simplification, this is what keeps the dunes more or less in place.

It is without doubt that the great majority of visitors come to the Great Sand Dunes because they are so unique, especially in what is mostly a mountain world. A first-time visitor caught unawares would surely be stunned to see such high dunes nestled at the base of such rugged, high mountains. A desert landscape more reminiscent of a part of the world where one would expect to see camels. Not here in Colorado, where visitors would be far more likely to see mountain lions or black bears, in addition to bighorn sheep, mule deer, pronghorn and countless other small mammals, reptiles and birds. People come here to see these massive dunes – and to play in them.

Yes, you can hike in them, if you are prepared to get your shoes full of sand; take two steps forward and slide back one. It feels best to go barefoot, but beware - you can burn your feet in the hot sand during summer. At times, you will get your feet wet in order to just get to the dunes – in spring and early summer you must cross the very wide and shallow Medano Creek, which flows only three or four inches deep, if at all later in the summer. The water can be icy cold. Sand boards or sand sleds can be rented nearby. So it is obvious that hiking is not the primary attraction here. But there are some opportunities for that as well.

Since we are focusing mainly on the National Park, and not the Preserve, it goes without saying that the hiking opportunities, beyond playing in the dunes, are somewhat limited. But there are some trails that start in the park, one of which stays mostly within park boundaries, and a couple more that begin in the park and then meander through the Reserve and wind up on the crest of the Sangre de Cristo Mountains. To complicate things a little further, and make them more interesting, there are several more overlapping jurisdictions that come into play here – the Great Sand Dunes Wilderness, the Sangre de Cristo Wilderness and the Rio Grande National Forest, not to mention Alamosa and Saguache Counties. I won’t try to sort that out for you, since I have not figured it out myself.

Sand Ramp Trail – This 9.5-mile trail begins at the visitor center and follows around the northeast perimeter of the dune field to its northern end. It is said to be quite sandy in places and really does not have a defined destination. The trail affords good views of the perimeter dunes and even well into the dune field. Most of the length of this trail lies within the National Park as well as in the Great Sand Dunes Wilderness.

Mosca Pass Trail – This moderate 2.7-mile (one-way) trail, which begins at the visitor center, gains 1,460 feet in elevation on its way to Mosca Pass on the crest of the divide. Here it joins Huerfano County Road 583 from the east. At the right time of year, this hike is said to have some wonderful wildflowers, accompanied by countless vicious mosquitoes. Probably best to go in autumn when the huge aspen groves change their colors and the mosquitoes have gone south for the winter. (Just kidding, they don’t actually migrate south - they just die off.) The views from the trail are not particularly dramatic, though from the lower parts, one can get a different perspective of the dunes down below.

Medano Pass Primitive Road – This rough road can be driven (or hiked) to the crest of the mountains along Medano Creek through a non-wilderness easement (since vehicles are not permitted in wilderness areas). Just before the summit is a parking area from which a 3.2-mile hiking trail continues along Medano Creek to Medano Lake. This trail is within the Sangre de Cristo Wilderness as well as the Great Sand Dunes Preserve. Did that all make sense to you? It still confuses me.

Dune Trails – Let’s get this straight. There are no designated marked trails into the dunes, including the three named ones. Though they move around a bit with the winds, for the most part, they stay more or less in the same place. There are some routes that have names relating to the major dunes, but you can wander just about anywhere – I found it was best to hike along the ridge-tops, where it is not as steep as trying to climb up the sides of the dunes directly. Of course bailing off the side slopes can be lots of fun. Two words of caution – wear shoes, or at least have them with you, as the sand can get extremely hot. And if you see a thunderstorm developing, get off the dunes as quickly as you can. You don’t want to become a lightning rod.

Make your own trail when hiking the Great Sand Dunes

The Great Sand Dunes National Park and Reserve is located in a relatively sparsely populated part of Colorado. But it is easily reached from the large Front Range Urban Corridor which includes greater Denver and Colorado Springs. The major north-south highway in Colorado (Interstate 25) is a relatively short distance away as “as the crow flies” but visitors to the Sand Dunes are more likely to want to settle down in a place that is more convenient for their recreation and exploration. Following are the best choices for staging adventures in this unique place.

Alamosa - In the middle of the immense San Luis Valley, which forms the western edge of the Sangre de Cristo Range in Colorado, sits the city of Alamosa. With a population of less than 9,000, this is by far the largest town anywhere close to the Great Sand Dunes – about 35 miles from the park. Yet the town offers almost any amenity that a visitor would require for a short or even extended stay to explore the National Park and the adjacent mountains - accommodations, restaurants, hospital, golf course, shopping and even an airport with regional scheduled airline service. This is the place to stay if proximity to the Great Sand Dunes National Park and Preserve are a priority. It is only about a 45-minute drive from the center of town to the park visitor center, which is where most visitors are likely to begin their visit.

Crestone - A tiny village of less than 200 souls, Crestone is nestled right at the foot of some of the highest peaks of the Sangre de Cristo Mountains. It is known as a spiritual center representing a number of major religions, only about an hour's drive from Alamosa. For some who want a quiet experience in a beautiful setting, there are several bed and breakfast facilities here although other amenities are not abundant. For the few who might find this kind of retreat interesting, it is about 60 road-miles from the Great Sand Dunes visitor center, which can be reached in just over an hour.

Monte Vista and Del Norte – These two towns are just 17 and 31 miles respectively west of Alamosa on U.S Highway 160. This makes these towns (populations of 4,175 and 1,705) reasonable places to find accommodations and restaurants not so very far from the Great Sand Dunes. This is especially the case for those visitors who want to just stop and see the Park while they are passing through to or from other destinations. Don’t expect high-end resorts though.

The San Luis Valley beyond the Great Sand Dunes 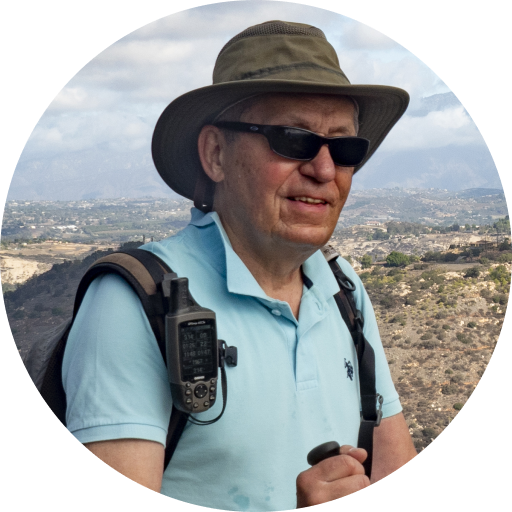 Hermann Guenther
from Denver, Colorado
Biography
I was born in the Bavarian Alps and lived the first nine years of my life there, so one could say that I was born with the love of mountains in my blood. A number of years after immigrating to the United States, I eventually moved to Colorado and have lived ever since in a western suburb of Denver, right at the foot of the Rocky Mountains. That’s where my love for the mountains grew as high as the mighty Rockies themselves. Though I have been back to the Alps many times, where I have done some of the finest hikes of my life, I have also hiked in other places around the world including New Zealand, Australia, Borneo, Philippines, Hong Kong, Norway and the United Kingdom. But by far, most of my hiking has been in the United States, and most of that in Colorado over the past 40 years. Since I started keeping records, I have hiked well over 10,000 miles, much of that after I retired in 2008 from a career in Civil Engineering. In the process, I have gained over 2 million feet of elevation (that’s about 390 miles). And I’m still going strong, with my loving wife as my favorite hiking partner. 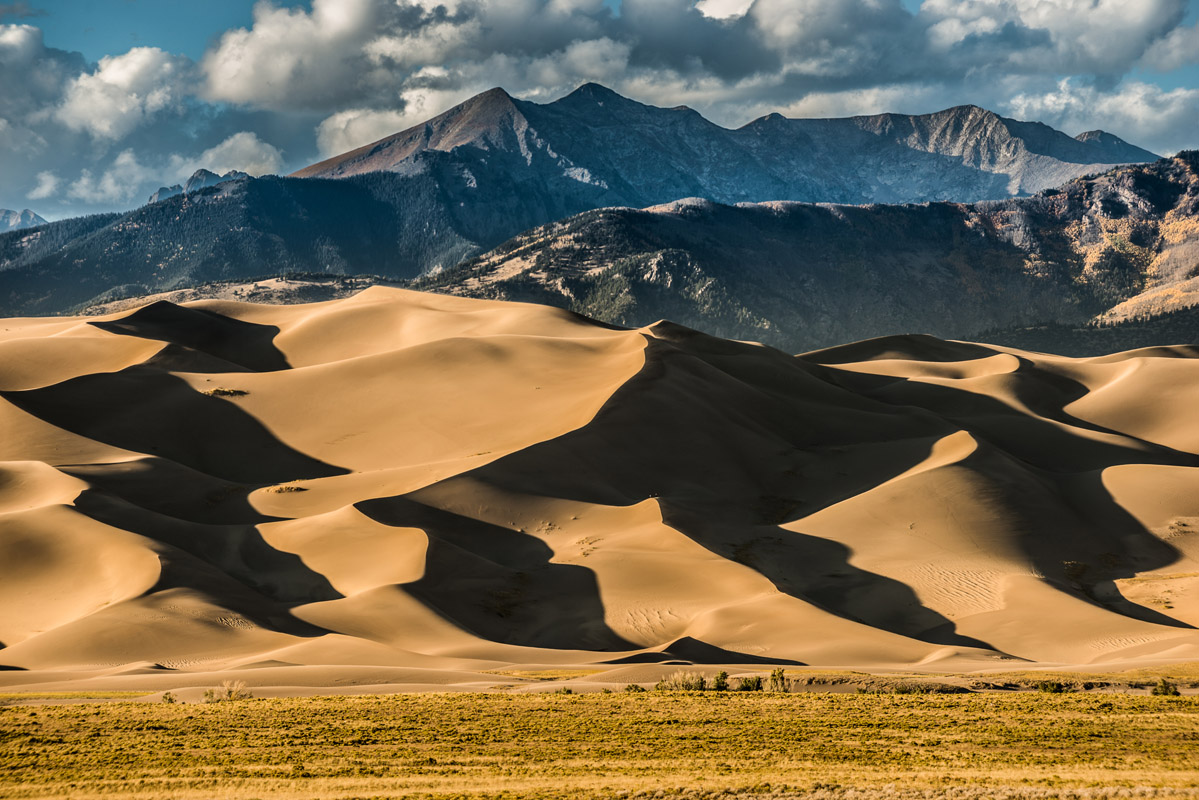 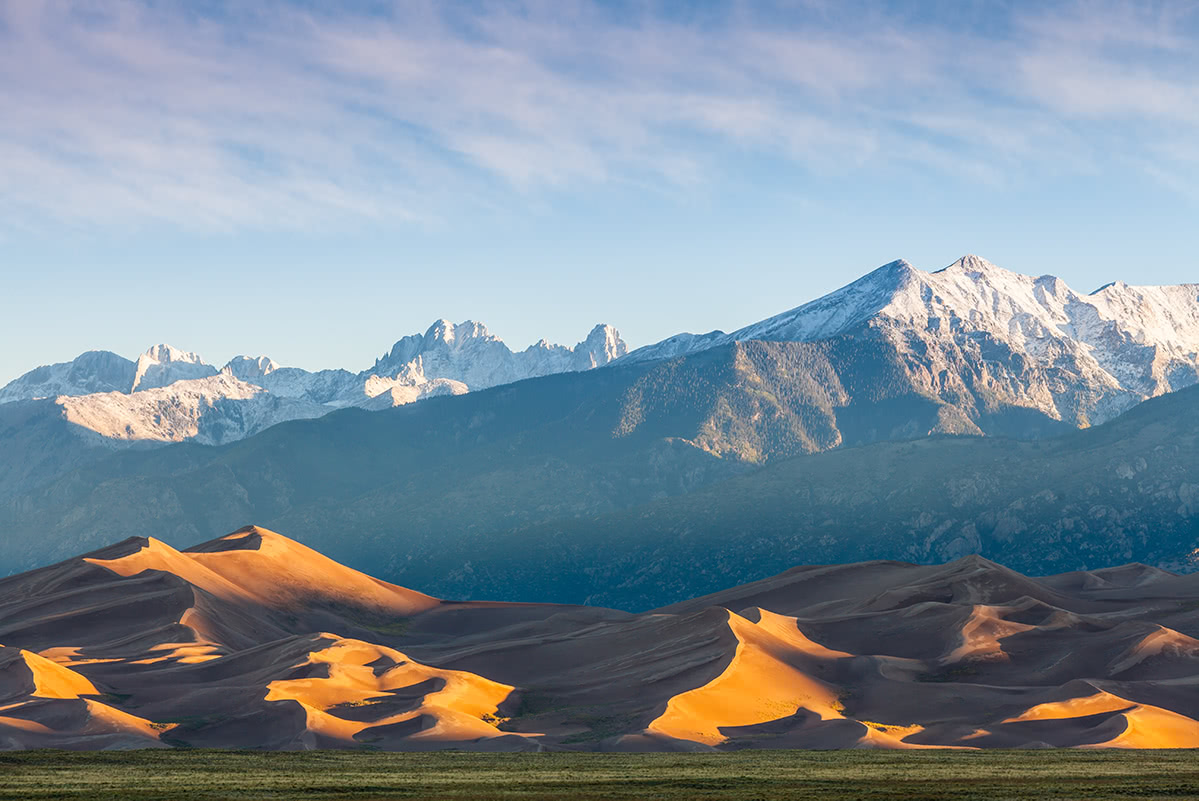 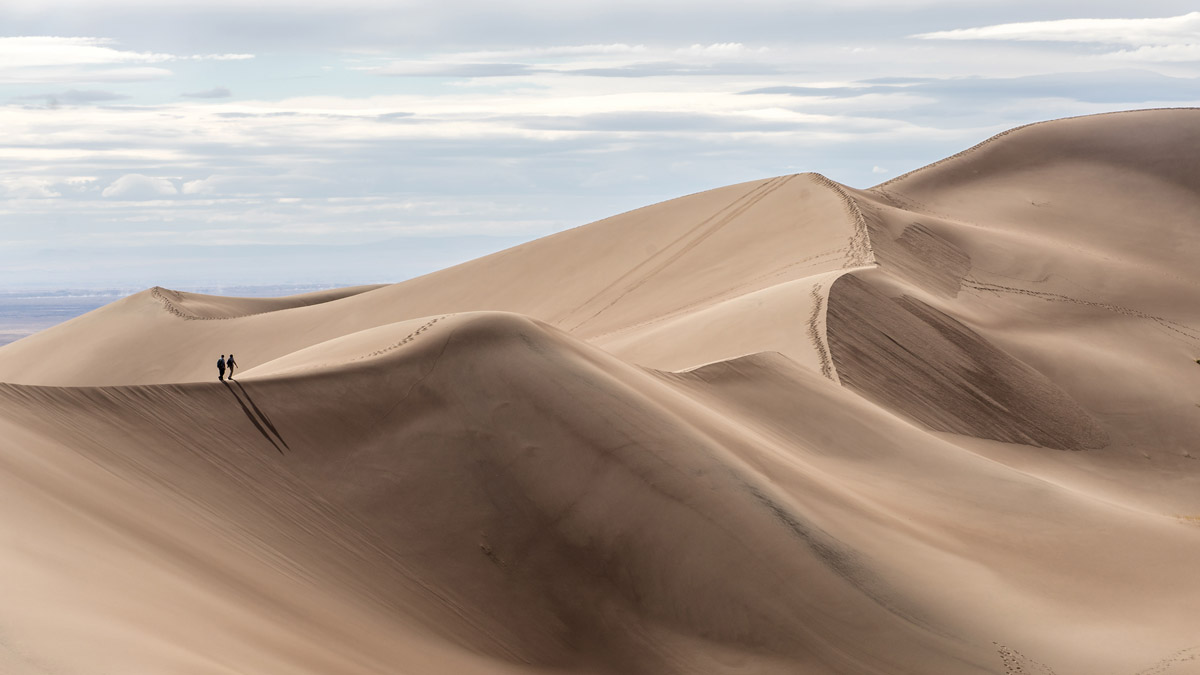 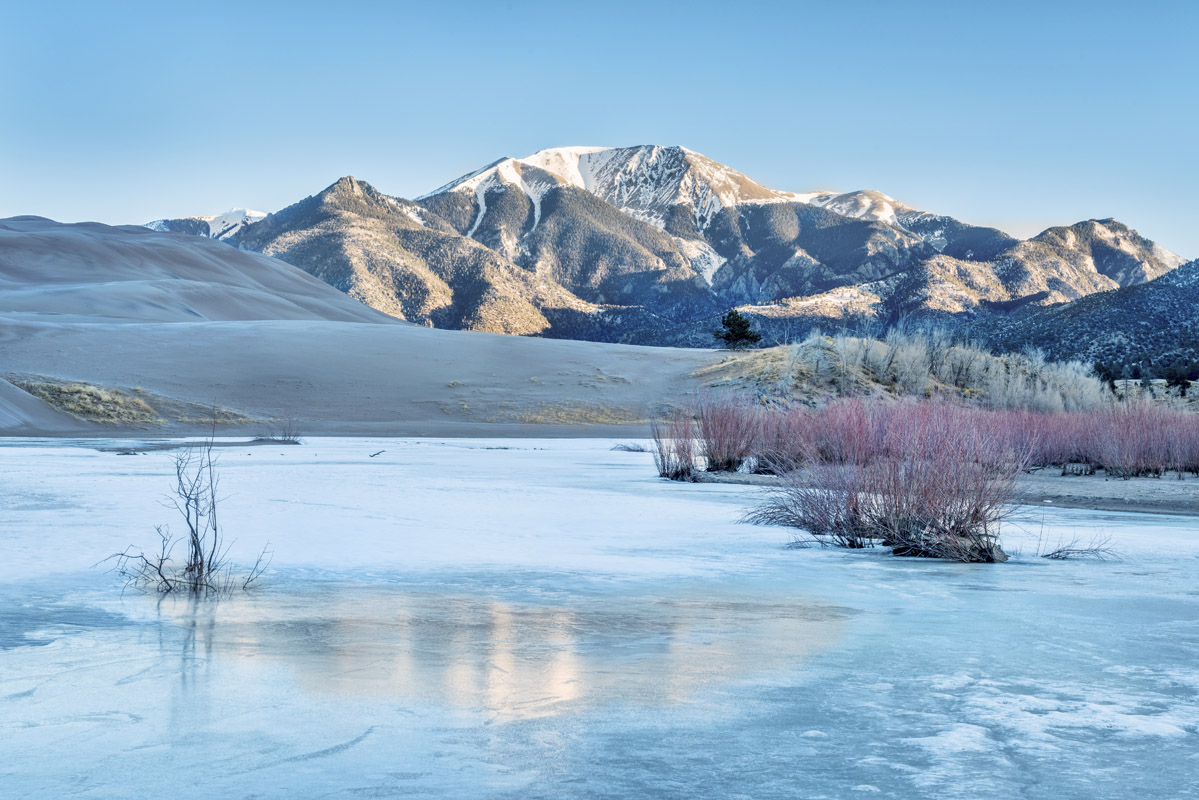 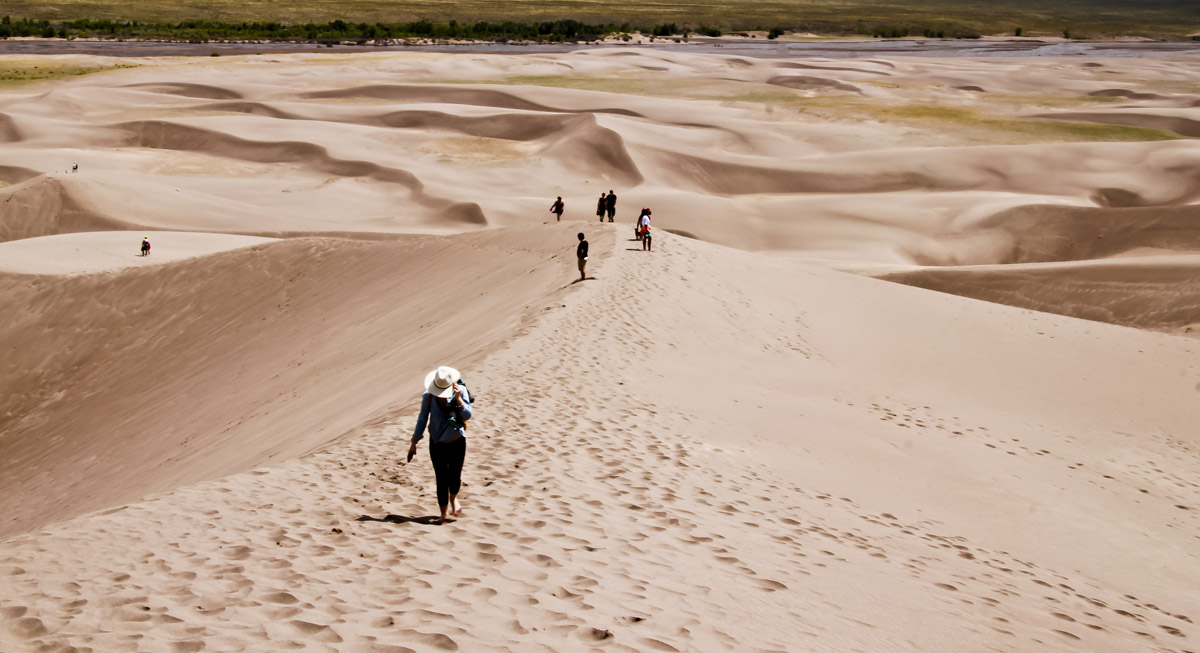 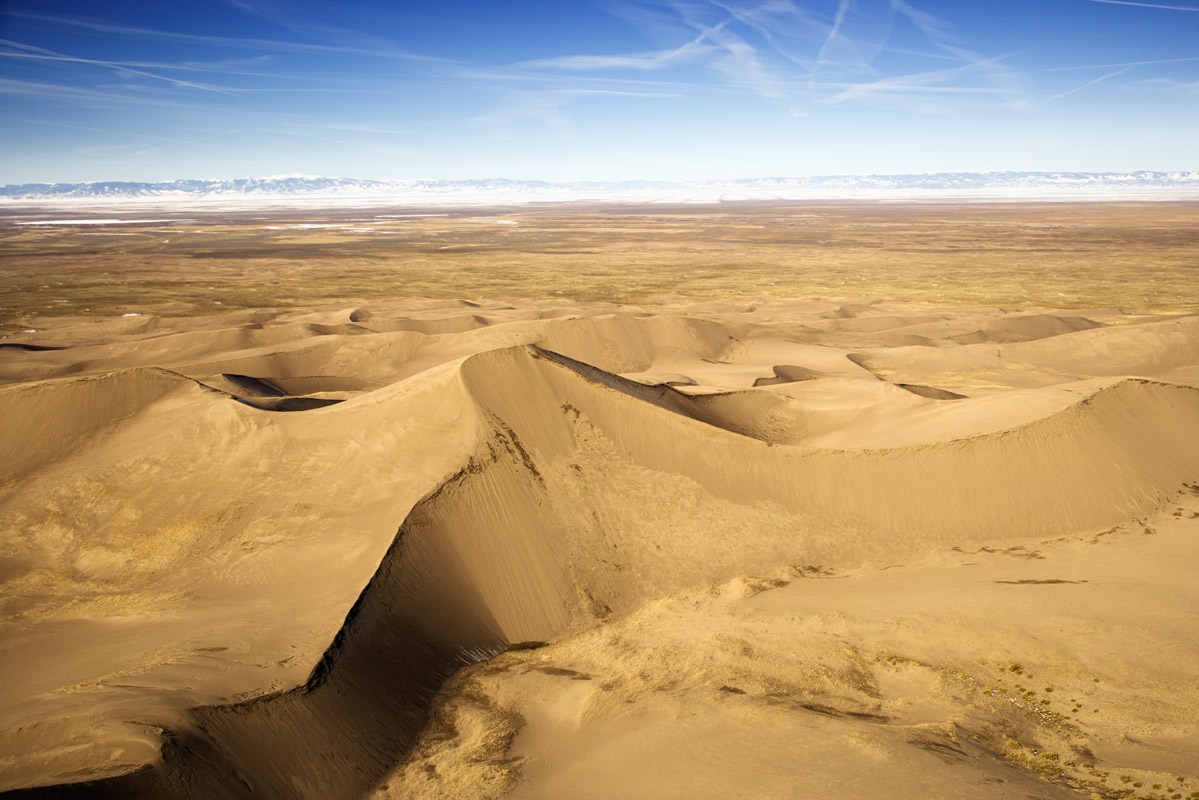