Located in the heart of the Cascade Mountains, E.C. Manning Provincial Park is a 206,760-acre, all-seasons outdoor recreation destination. The park’s accessibility, scenic and historic attractions, and diverse landscape make it one of the most popular provincial parks in British Columbia.

Established (unofficially) in 1931, E.C. Manning was initially known as Three Brothers Mountain Preserve, a 12,913-acre wilderness area that protected alpine meadows from overgrazing by sheep. In 1936, the preserve doubled in size and was renamed the Three Brothers Wildlife Reserve. In 1941, the park earned Class A Provincial Park status and became the Three Brothers Mountain Park. Not only did the park receive another new name, but it also underwent several boundary revisions during this time period.

In 1949, Japanese Canadians held in present-day Sunshine Valley completed the Hope Princeton Highway, making E.C. Manning accessible to vehicles and the park built one of the first nature houses in the province.

Today, the park’s topography shifts dramatically from wet, coastal rainforests to 7,000-foot snow-capped summits and subalpine meadows. Though no active volcanoes presently sit within the park boundaries, the region’s volcanic history is evident in several park icons. It is believed, for example, that Blackwall Peak might have been an island formed 160 million years ago by chunks of hardened lava.

Glaciation also had a profound impact on the park’s topography. During the Wisconsin Glaciation, two massive sheets of ice are believed to have stretched through the park – the Hozomeen Ice Sheet and the Thompson Plateau Ice Sheet. As these massive ice sheets retreated, local glaciers remained, carving out cirques and created jagged ridges on several mountains, including the highest point in the park, Frosty Mountain.

Several other impressive peaks dominate the landscape, including Snass Mountain, First Brother Mountain, Three Brothers Mountain, and Shawaturn Mountain. This set of summits lies within the Hozameen Range, a subrange of the Cascade Mountains.

Lightning Lake, one of the more popular trails in E.C. Manning, is a stunning trail that traverses dense forest while looping around both sections of Lightning Lake and crossing the infamous Rainbow Bridge. The trail offers very little elevation, making it a peaceful walk in the woods. This trail is an easy option for a scenic day hike and is frequented by visitors looking to paddleboard or canoe during summer months.

Three Brothers Mountain is considered one of the most scenic hikes in the park. Though this impressive peak has a base elevation of just 1,500 feet, it has a total elevation gain of roughly 3,000 feet.The trail traverses incredible alpine forest and through grassy meadows before reaching 360-degree views of the stunning, snow-capped surrounding cascade peaks including Mount Frosty and Mount Outram.

Frosty Mountain is the highest peak in E.C. Manning and reaches over 7,000 feet in elevation. The Frosty Mountain Loop offers two different trails featuring various challenges and terrain. Along the footpath, hikers can stop for lunch at a few clearings that overlook Lightning Lake and Flash Lake. Upon reaching the summit, hikers are rewarded with stunning, panoramic views of the surrounding high-altitude peaks in the surrounding Cascades, including the notorious Three Brothers.

Princeton, an albeit tiny town, sits right at the edge of the Hozomeen Range in the Similkameen region of British Columbia. Historically, Princeton was a mining town. However, today, Princeton offers outdoor enthusiasts a charming mountain getaway with access to plenty of hiking, kayaking, fishing, camping, and biking opportunities. There are also a handful of hotels, amenities, and dining options in Princeton. Castle Resort, which sits just 5 minutes from Princeton in the Cascades, is an excellent option for visitors to this region.

Manning Park Resort is known to offer incredible lodging with all the comforts of home. The resort is a full-service hotel with a variety of accommodations including cabins, chalets, and resort-style rooms. The Manning Park Resort also sits within the heart of the Cascades and offers visitors access to the stunning scenery found within E.C. Manning Provincial Park. During winter months, Manning Park turns into a hotspot for winter recreation. Known as ‘some of the best snow in B.C.,’ Manning Park offers 140 acres of skiable terrain, 34 runs, and a healthy mix of beginner and difficult terrain. 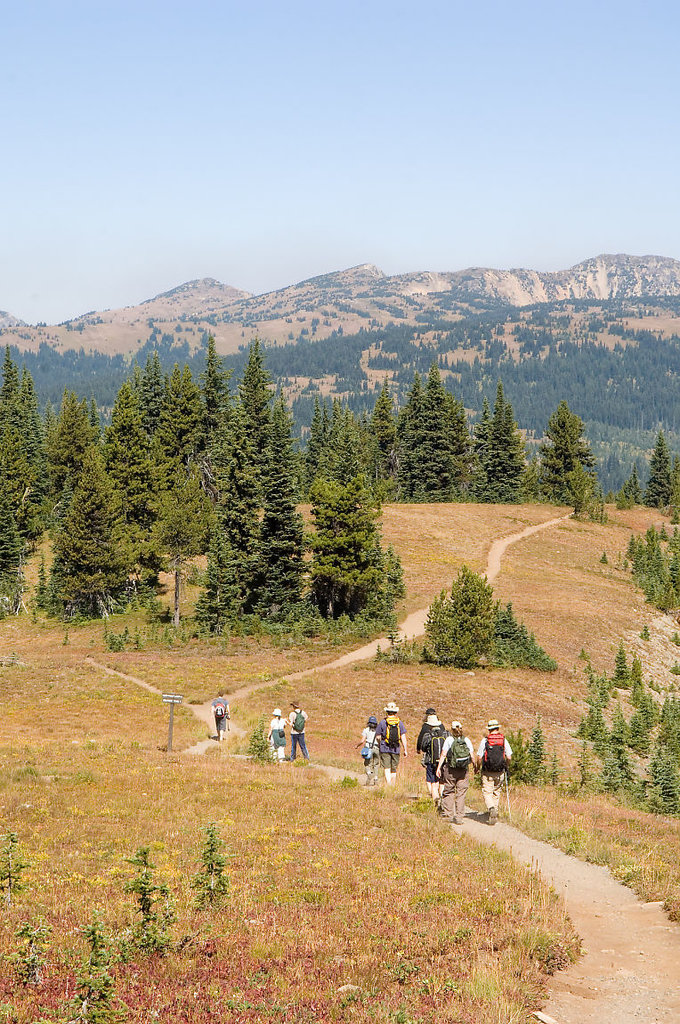