The Kiso Range has 54 named mountains, the highest and the most prominent of which is Mt. Komagatake (2,956m). This famous summit is also mentioned in “The Land of Shinano”, the official song of Nagano Prefecture that mentions other landmarks like the Kiso river, which proves the importance of the Kiso Mountains to the collective ethnic memory of the local people.

This range not only covers the territory of Nagano Prefecture, but it extends to Gifu Prefecture as well.

The Kiso Mountains are also called the Central Alps and together with the Akaishi Mountains and the Hida Mountains constitute what Walter Weston (a great popularizer of ‘recreational’ mountaineering in Japan) called the Japanese Alps. The main difference between the Kiso Range and the other section of the Japanese Alps lays in their morphology: on average, their peaks are less elevated, they do not constitute a long unique ridge and they are characterized by the presence of remarkably deep valleys. 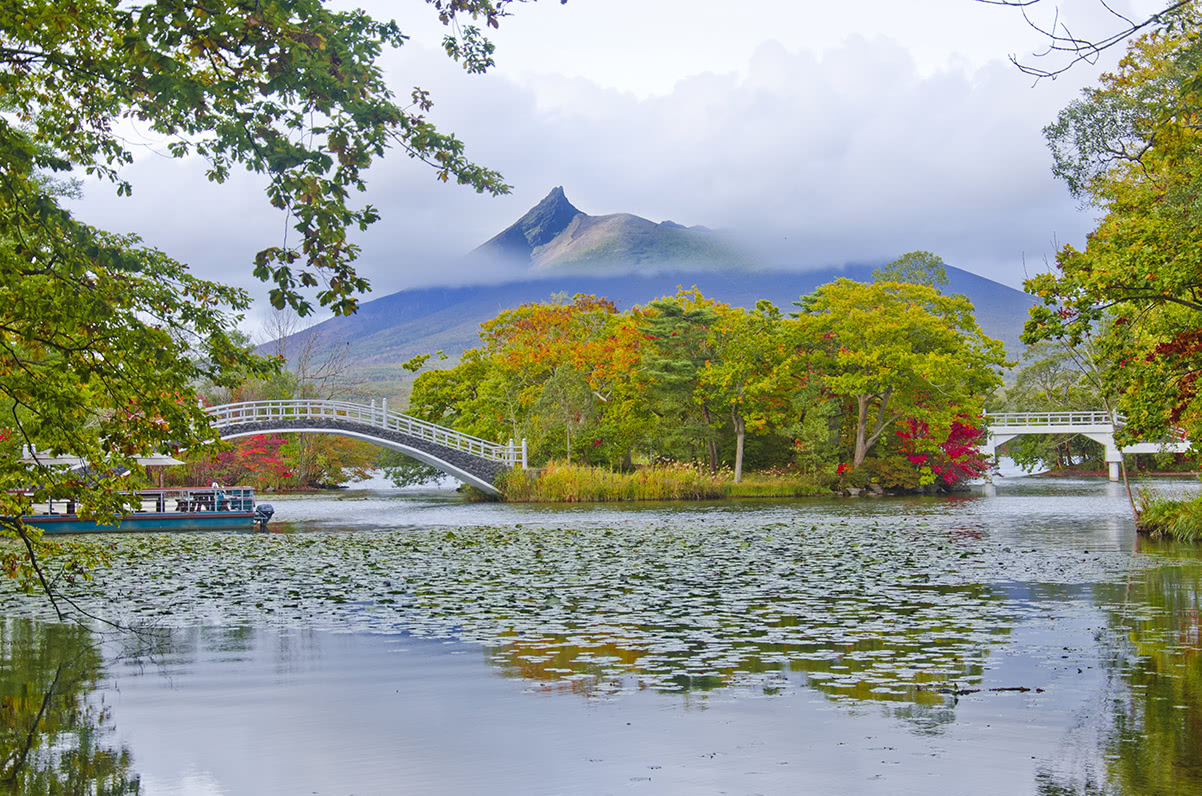 Concerning their history, the majority of the peaks in the Kiso Range have been worshipped as sacred places, especially during the Edo Period (1603-1868), then became popular tourist destination during the Shōwa Period (1926-1989), thanks to the intervention of already mentioned Walter Weston. This is why the most relevant peaks, like Mt. Komagatake and Mount Hōken (2,931m) are easily accessible and provided with well-marked trails and facilities like mountain huts and camping sites. The southern area of the range is generally less popular and less crowded as a result, but nonetheless impressive.

Like the rest of the Japanese Alps, the Kiso Mountains rich ecosystem originates from the combination and coexistence of pure waters and endemic species of both plants and animals. As for waters, the Kiso river running on the western side of the Kiso Range provides the major water intake of Aichi Prefecture irrigation water system. Also, roundabout such water sources as Atera Gorge or Kakizore Gorge lay many most beautiful natural sightseeing spots. 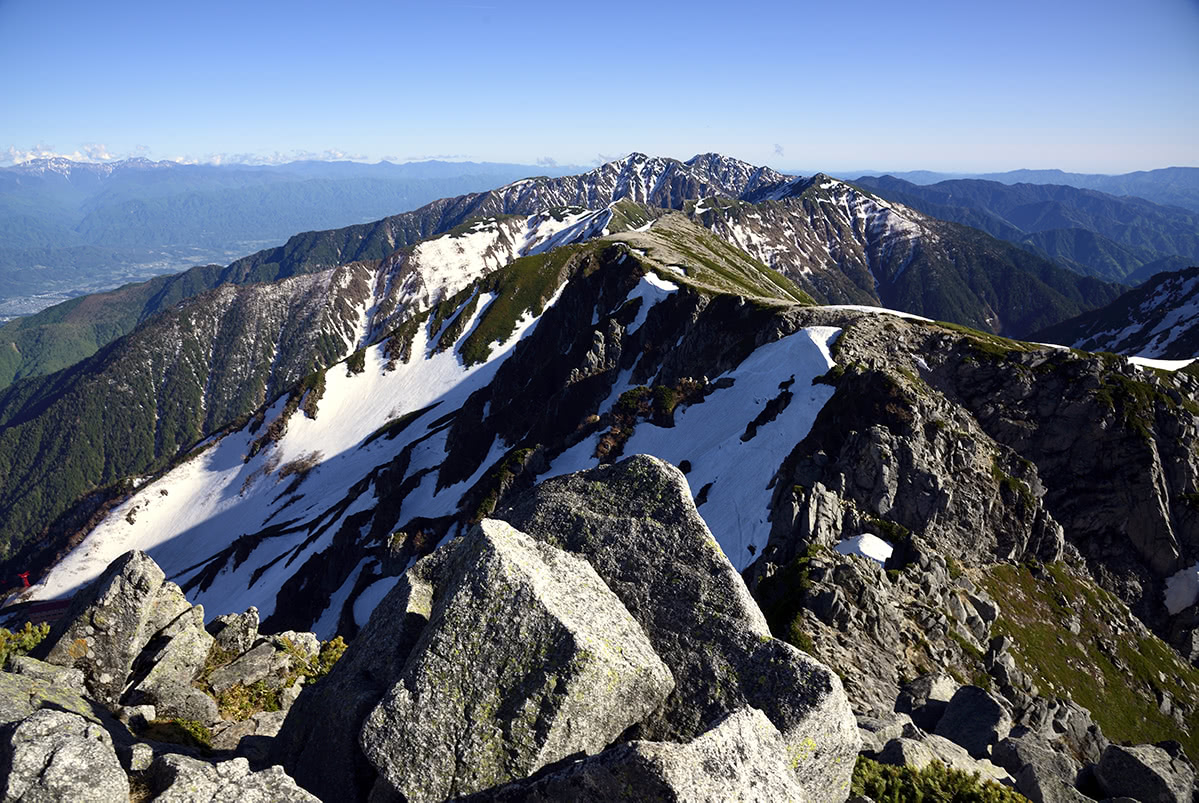 The Kiso mountains as seen from Mount Hōken

Among the various flora of the region we must mention the presence of Hinoki (Japanese Cypress) forests which for a long time have been providing timber for the construction and restoration of Ise Jingu, the holiest Japanese Shinto Shrine, and endemic species like the Lentopodium Shinanense (a flower very much reminding an alpine edelweiss) defined as rare species.

Ancient roads in the Kiso valleys (The Kiso Road)

Surfing the net, you are likely to encounter articles describing travel experiences in the Kiso valley like a “Jump in the past” or “A modern way to explore ancient Japan”. This is because in the Edo Period along this valley has been developed the Kisokaido, a 70km section of the Nakasendo commercial route, which connected Edo and Kyoto through the mountains.

Some villages along this way remain unaltered until today thus becoming a popular tourist attraction, like the villages of Magome and Tsumago. You can move from one village to another using local transport and enjoy peaceful walking trails in each village, or you can walk from one village to another, just like Japanese merchants used to do, walking 9km from Magome, reaching Tsumago in 3 hours. Along the way, you can take a panoramic break at The Male and Female Waterfalls.

Another similar route is the Yabuhara-Narai, quieter than the former one but of equal beauty, especially thanks to the presence of the Narai Kiso, a majestic hinoki bridge.

Considering water as a “silver thread” for your hiking adventure, you must see two of the Kiso valley gems. The first is Atera valley, it has a 6-km-long road running along the riverbed leading you through its ravines, rapids and blue waters. The colour of the water is so beautiful that it generated its own term “Atera blue”. The second is the Kakizore Valley which is famous for the Ushigadaki waterfall and its beautiful panoramic spots.

Built in 1967, the Komagatake ropeway leads hikers to Shirabidaira station to an altitude of 2,612m. From there, conquering all the major peaks of the area is quite simple. There are three major trails of ascending difficulty: the trail suitable for beginners is a 3h peaceful walking leading from the ropeway station directly to the summit. 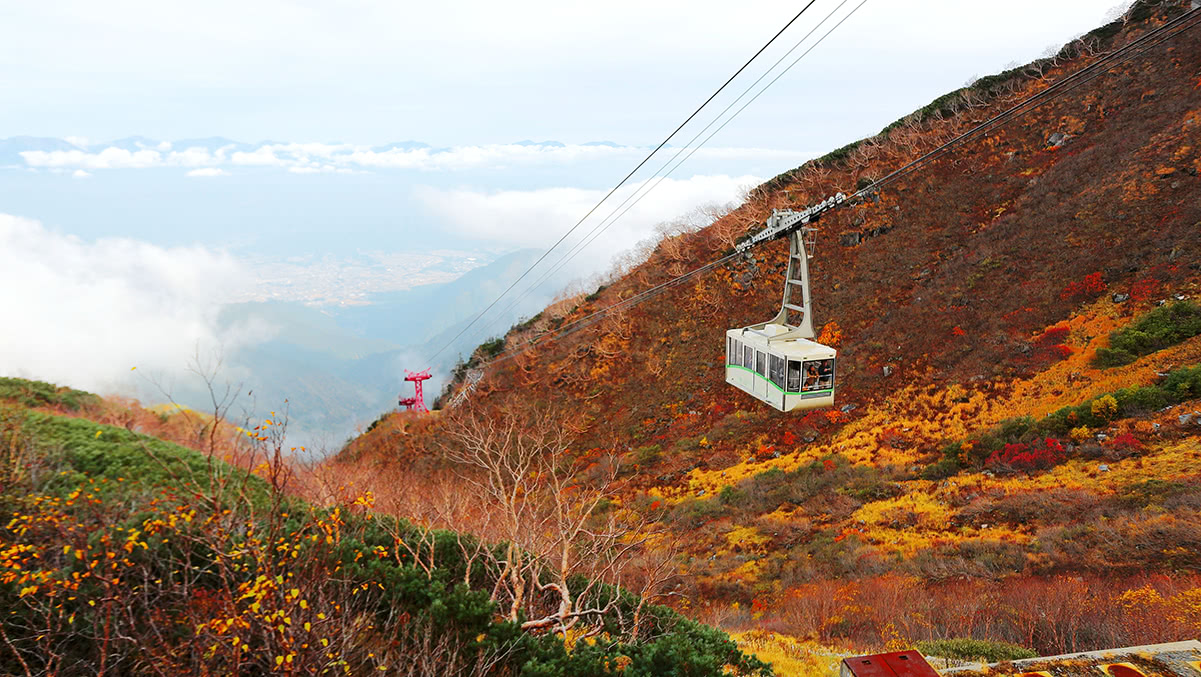 The intermediate level trail follows the same route, proceeding to the Noga Pond.

The hardest trail requires an overnight stay and goes from Shirabidaira station to Sannosawa (2,846ｍ). From there you can plan a stop at Mt. Hōken (2,931m).

Mt. Ontake (see the BBC coverage of the eruption), the second most important Japanese volcano, is another important landmark of the Kiso area. The most popular route is the Otakiguchi, but there also other two routes from the Kiso side: Kurosawaguchi and Kaidaguchi. Mt. Ontake is on the border of the Hida Mountains, but it is not accessible from there. For people who want to enjoy the view in a mountain lift, we recommend taking the Ontake Cable Car that goes to the mountaintops directly. 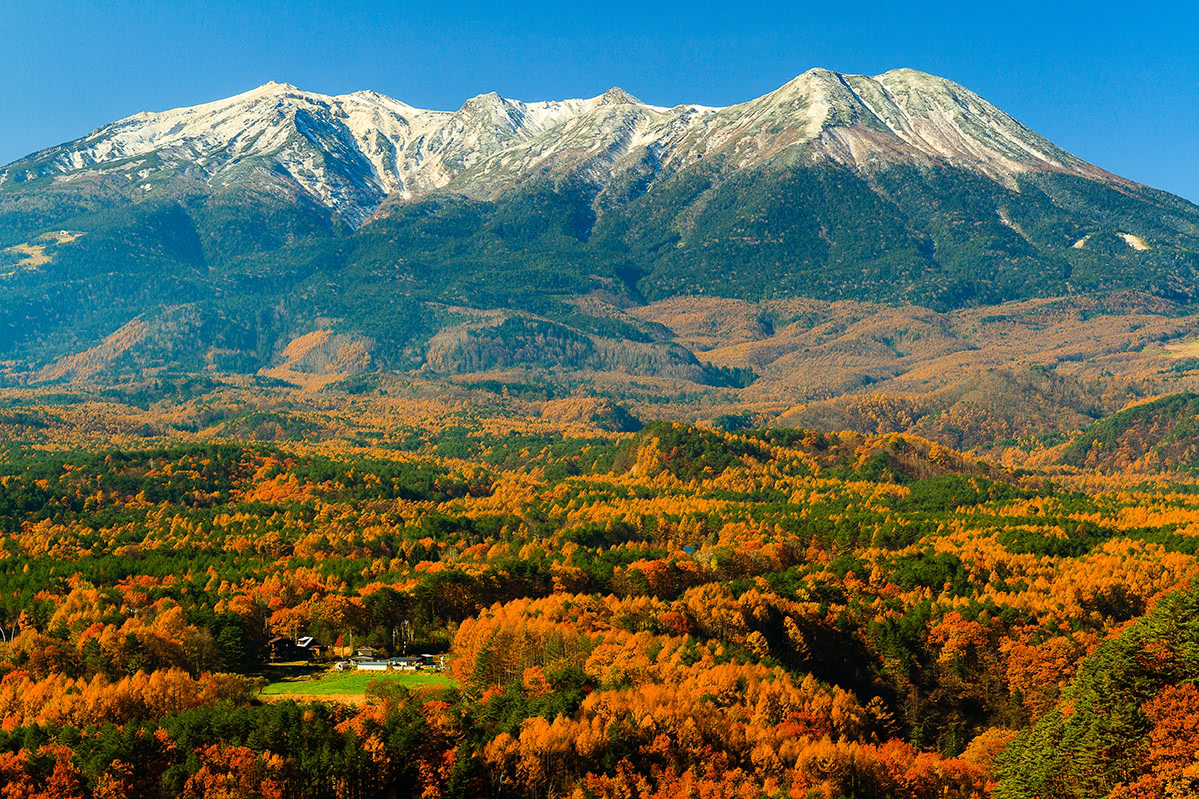 Since the mountain is on the list of the 100 Famous Japanese Mountains it deserves at least to be mentioned. There are four hiking routes to the summit of Mount Ena: Kuroisawa Route, Misaka Pass Route, Hirogawara Route, Maemiya Route. Reaching the summit is particularly challenging, not recommended to beginners or intermediate hikers. An observatory tower and a mountain hut facilitate a multi-day ascent and the stunning views on The Japanese Alps ranges, Mount Ontake, Mount Haku, and a part of Mount Fuji.

As a portion of the Japanese Alps, the Kiso Rage is just in the middle of a crowded tourist area. It is easily accessible from the major metropolitan area of Tokyo and Nagoya and from Nagano by train or bus. 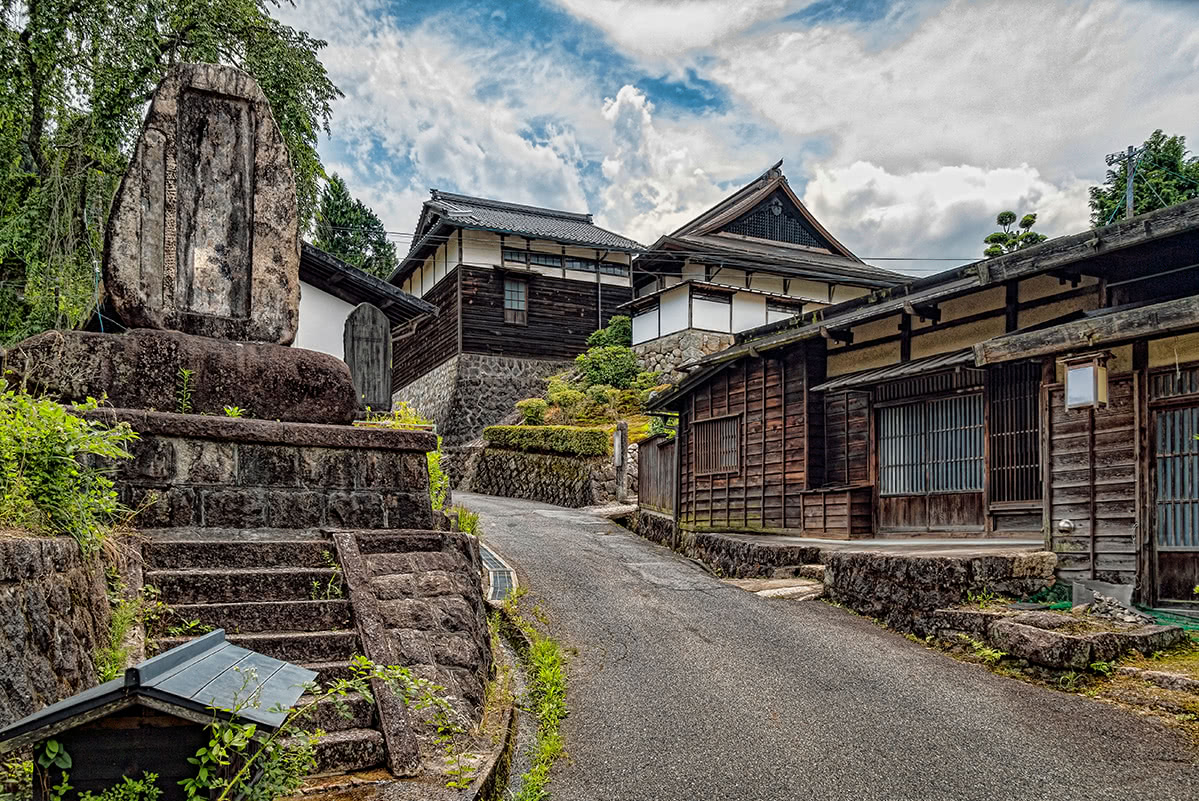 Ski or snowboard down 3,200-meter long course from a height of 2,120 meters above sea level, in your favorite style!

There are 14.1 km of slopes available. The winter sports area is situated between the elevations of 1,680 and 2,240 m. For the 2018-2019 season, there is just one entry ticket available – the ‘One Day Passport’ (5,000 yen for an adult). This ticket gives you access to the ski lifts as well as an eat-all-you-want buffet lunch and also entry into the public baths.

Kiso cherises the atmosphere of the Edo period, the traditions is to cook slooooowly. The ingredients are superb, because historically local slow foods like goheimochi (skewed rice cake with miso sauce), sunki (pickled coleseed) and Obira (soup served on festive occasions) were made through a trial and error in harsh natural environment. Preserved mountain forests bring excellent wild vegetables and mushrooms. Weetfishes, trouts and chars make their habitat in clear Kiso-gawa River. The subsoil water is used for brewing local sake and beer. Also the plateau-reared rare Kiso beef, fine wines and many other dainties entertain visitors. You can taste the traditional culture by your palate. 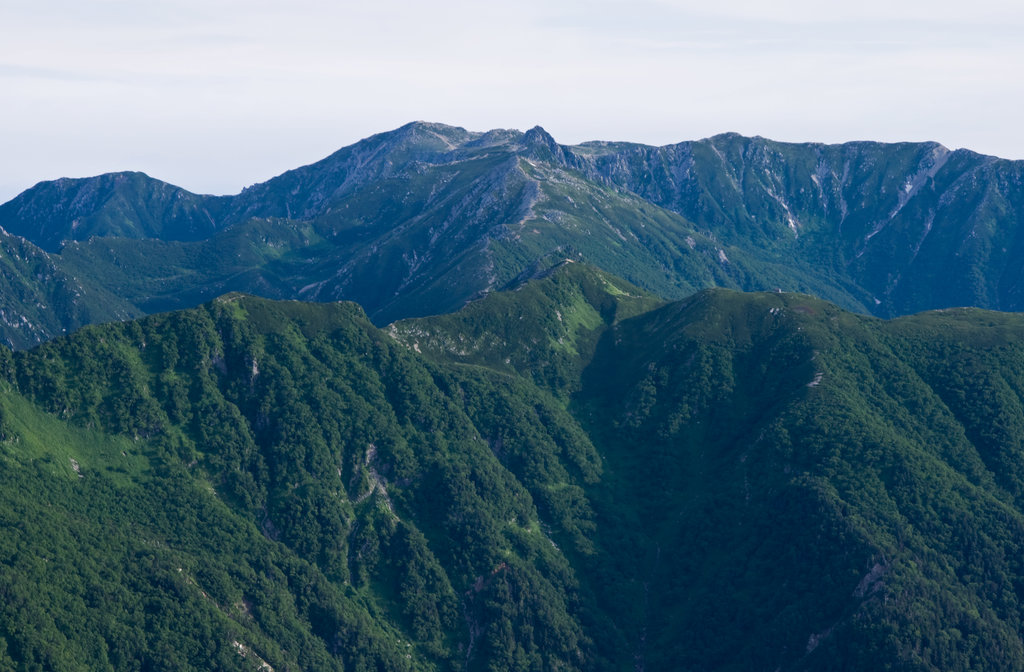 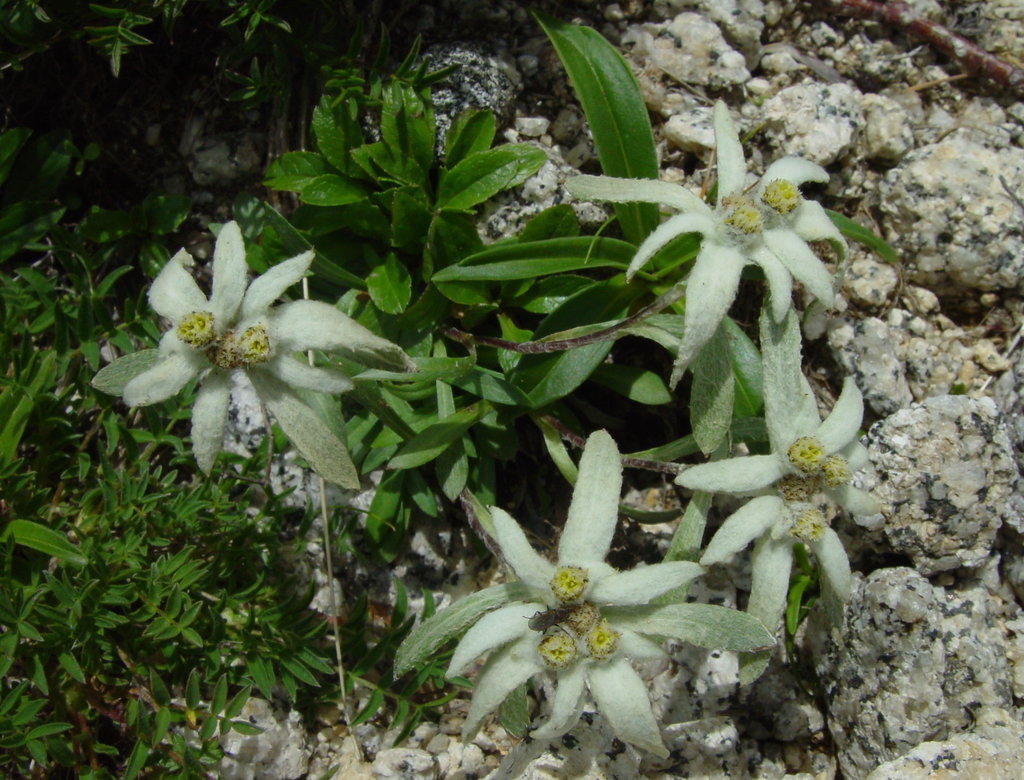 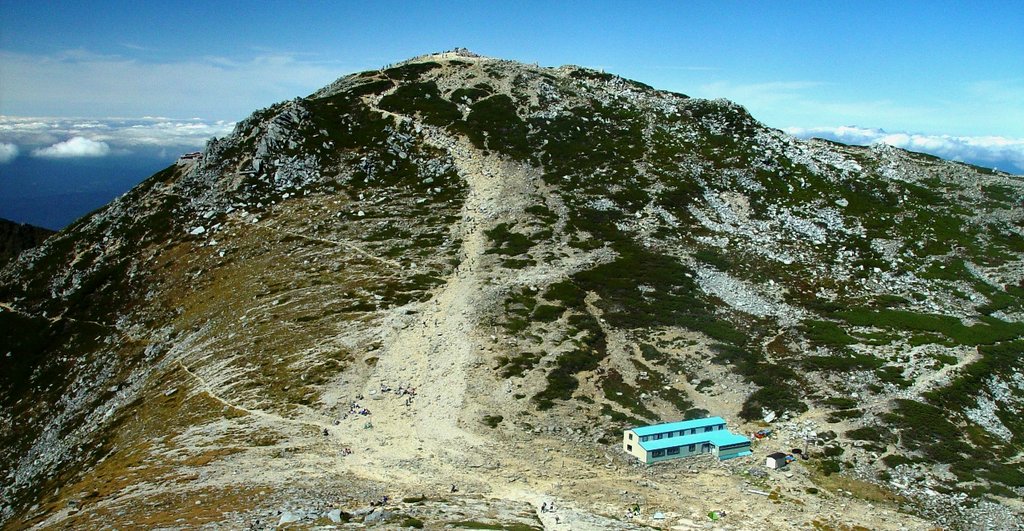