The Akaishi Mountains are a mountain range located in Honshū, the biggest of the Japanese island, precisely between Nagano Prefecture, Yamanashi Prefecture and Shizuoka Prefecture.

This mountain range includes 368 officially named mountains, the highest of which is Mount Kitadake (3193m).

The name Akaishi means red rock (赤aka “red”, 石ishi “stone”, “rock”) due to the presence of numerous red rocks, mainly in the area surrounding Mount Akaishi, which gave its name to the entire range.

However, these peaks are also called Southern Alps, and together with Hida Mountains (Northern Alps) and Kiso Mountains (Central Alps), they form the majestic Japanese Alps. This name is a European legacy by the English archaeologist William Gowland (1842-1922).

If you are familiar with European alpine landscapes, have a look at the picture below. 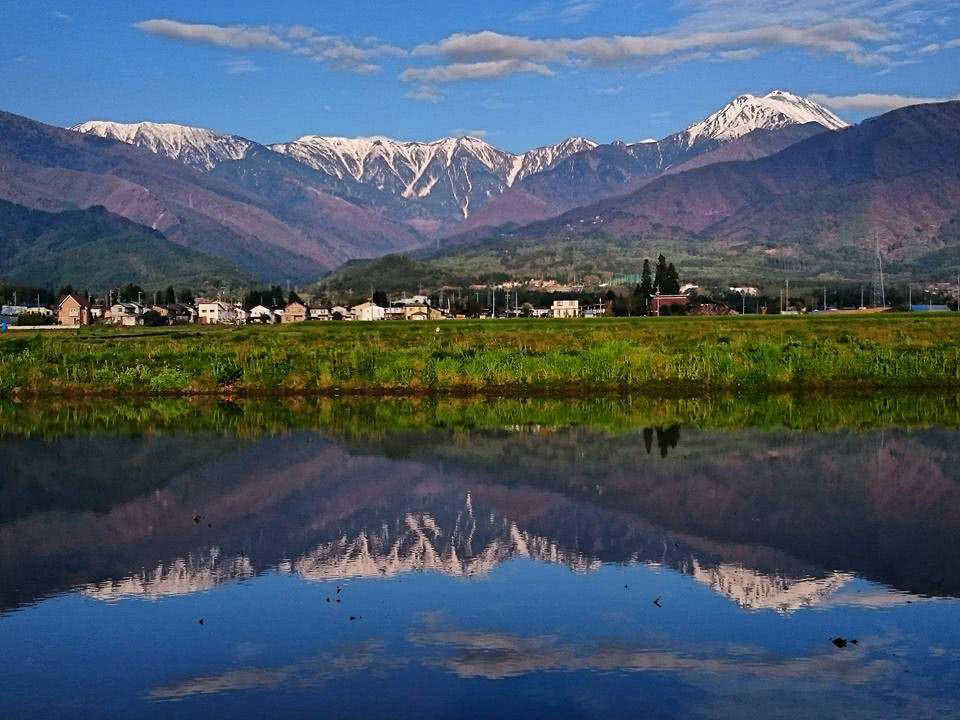 A view of the Japanese Alps by Takanori Miyazaki

Except for the presence of paddy fields and an unequivocally Japanese architectural style, you would believe this is a magic place hidden somewhere in Switzerland or in Italy. The reason why Gowland called these mountains “Alps” seems quite clear. 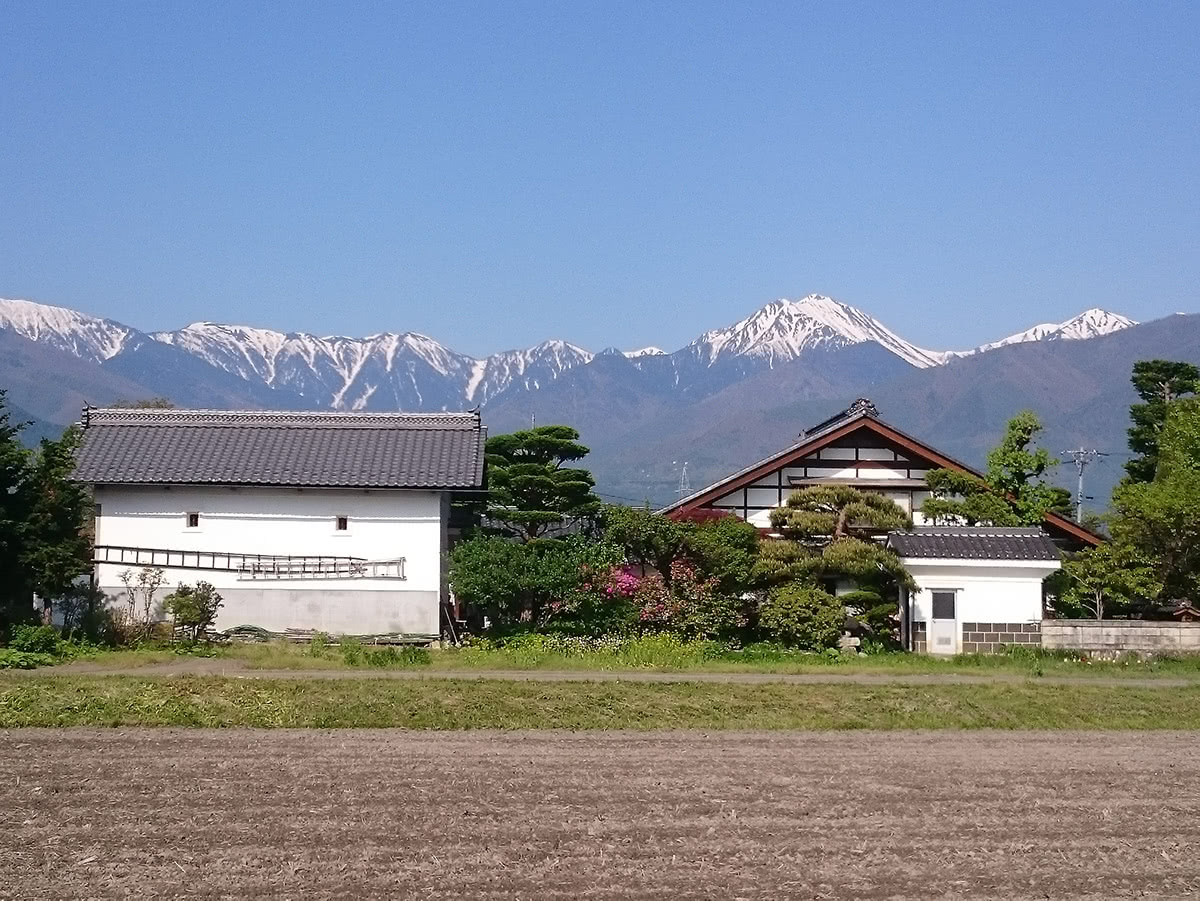 Despite this fact, the Akaishi Mountains remain part of a marginal rather unexplored area, where it is not common to see tourists, where there are lots of stunning view and nature is the real queen.

All the peaks of this range are part of the Minami Alps National Park, which covers a 358km2 area rich in waterfalls, marvellous forests, numerous flowers species and also a wide variety of animals. Most of these mountains are situated in Special Protection Areas or Wilderness Areas, as the territory from Mount Ikeguchi to Mount Tekari. Practically speaking, this means cars are often prohibited the access, unless they meet certain ecological standards. Camping outside designated areas and huts is also not allowed.

Concerning the elevation, the peaks belonging to the Akaishi Mountains are similar to those of the Northern Alps; in fact, numerous peaks reach an elevation of 3,000m. However, Northern Alps are characterised mostly by rocky and sharp silhouettes, while the Southern Alps are green and lush. Here, trails are usually easier and generally suitable for beginner hikers as well. It is also true that these trails can be a little dangerous in summer, due to sudden rains, which make the terrain slippery and perilous. In addition, since these paths are usually wild, hikers are more likely to get lost. That is why you need to be careful if you decide to walk up these mountains.

Lack of Transportation and Facilities

The Akaishi Mountains are generally solitary and uncrowded, not so much as other mountain ranges nearby. Also, the lack of transportation and facilities make access from cities quite difficult, and day trips impossible. It is better to prepare your hiking experience considering the possibility of spending the night outside. If you want to enter the kingdom of nature, you must know its rules and don’t be unprepared. It is better if you plan a three or four days trip, to fully enjoy the beauty of these places.

Main Cities near the Akaishi Mountains

It is not one of the highest peaks of this range, but it is famous for the presence of beautiful flowers, that you can admire from spring to autumn. If you decide to explore this mountain in the middle of June, you can enjoy the view of iris flower fields, while in autumn red Momiji (Japanese maple tree) are at their best. This mountain is also appreciated by all those hikers who desire to be enchanted by a stunning view of Mount Fuji, perfectly visible from here. Since most of the trails are feasible in about five hours, planning a day trip from Tokyo would be a reasonable option. It is also a good choice for people who don’t like the idea of getting too far from big cities but want to do a full immersion in wild nature. They are suitable for beginners as well. The Mahoranoyu hot spring is another attraction not to be missed.

Trail 1: Ike no Chaya Tozandō: a nice walk for everyone.
(池の茶屋登山道ルート)

This is another summit suitable for beginners, with lots of trails you with no particular difficulty. It is possible to start from the city of Ina and reach 2200m by bus, then hike on the mountaintop in three or four hours.

Easily accessible from Iida city, this mountain is situated amid the Minami Alps National Park. It is a good compromise for everyone who want to try an adventurous path, but lack in experience. There are trails that can be completed in one day as well as trails that require and overnight stay in one of the many huts of the area.

Reachable from Shizuoka by bus. It is recommended to expert hikers only. Trails of about 20km feasible in two or three days are the majority. Along the way there are some huts and the Shirakabaso hot springs.

10km trails feasible in two days are the majority. It is not recommended to beginners, due to the presence of dangerous spots along the way. It is easily accessible from Tokyo via Shinjuku station. There are at least four huts where you can stay for the night. The most popular route is the one from Ōkanbasawa to Migimata, 10km, feasible in about 10h. Overnight stay is recommended.

The main route following ridges from Nokogiridake to Tekaridake is clearly traced, but other trails are not. There is only one hut. Recommended to expert hikers only. 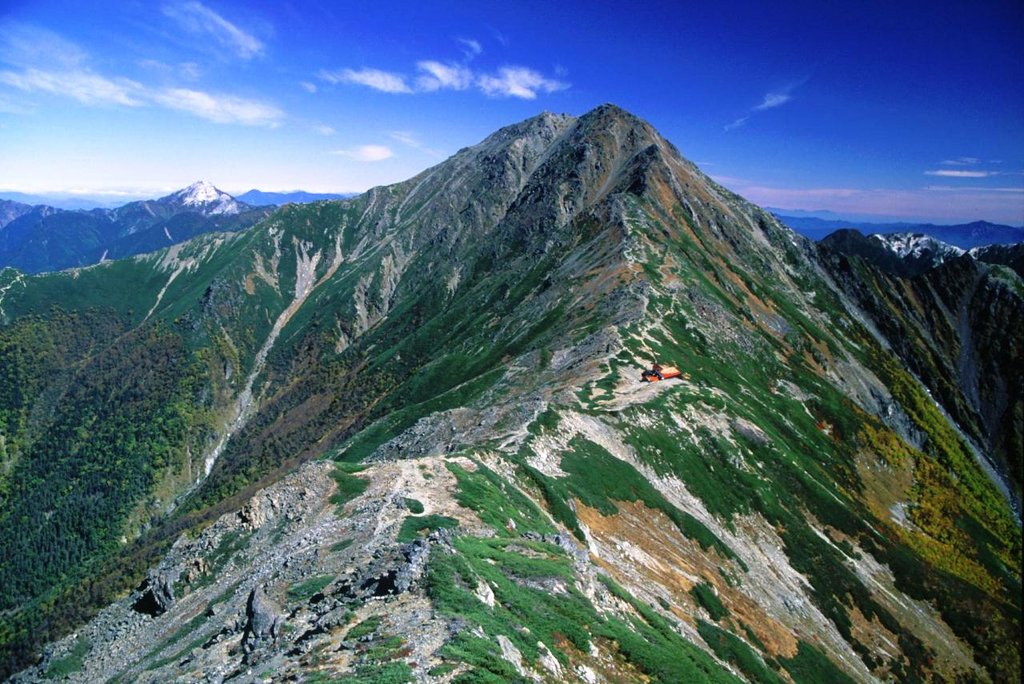 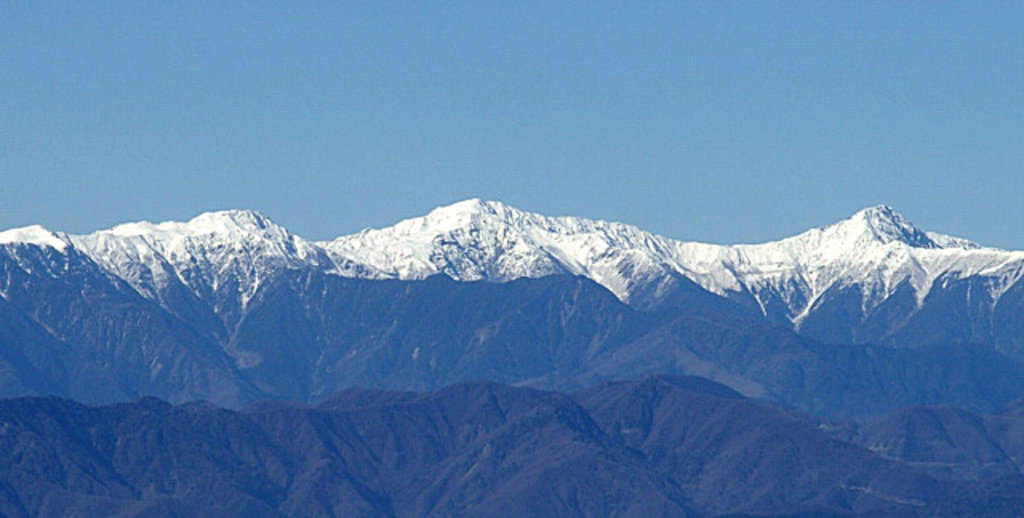 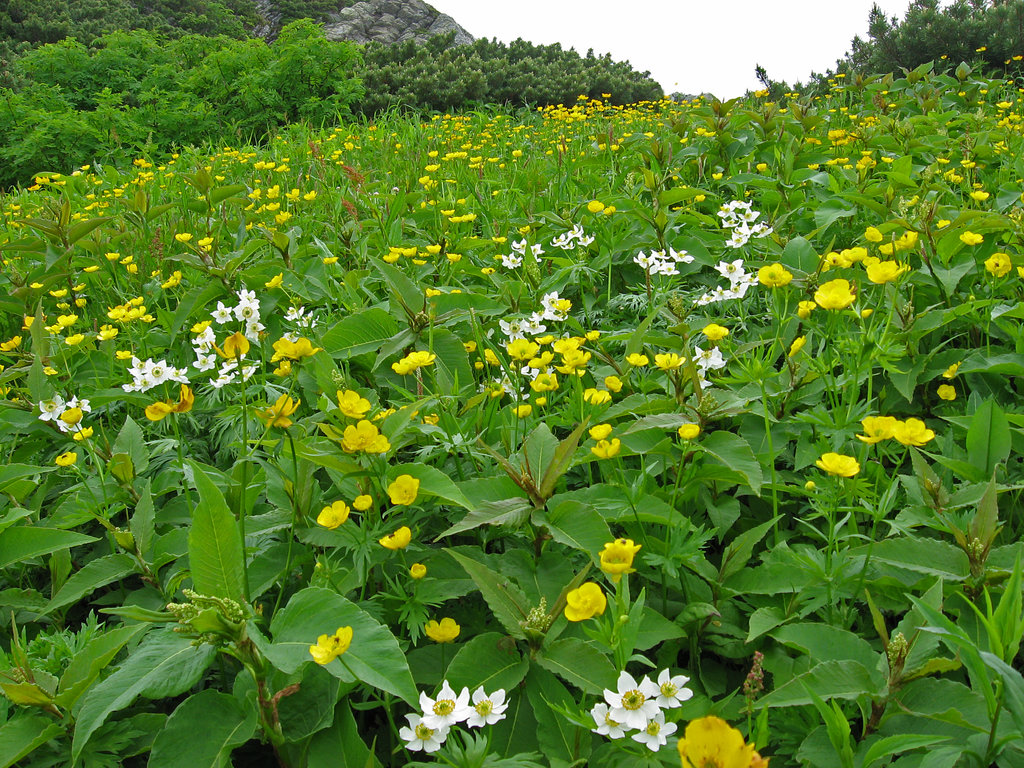 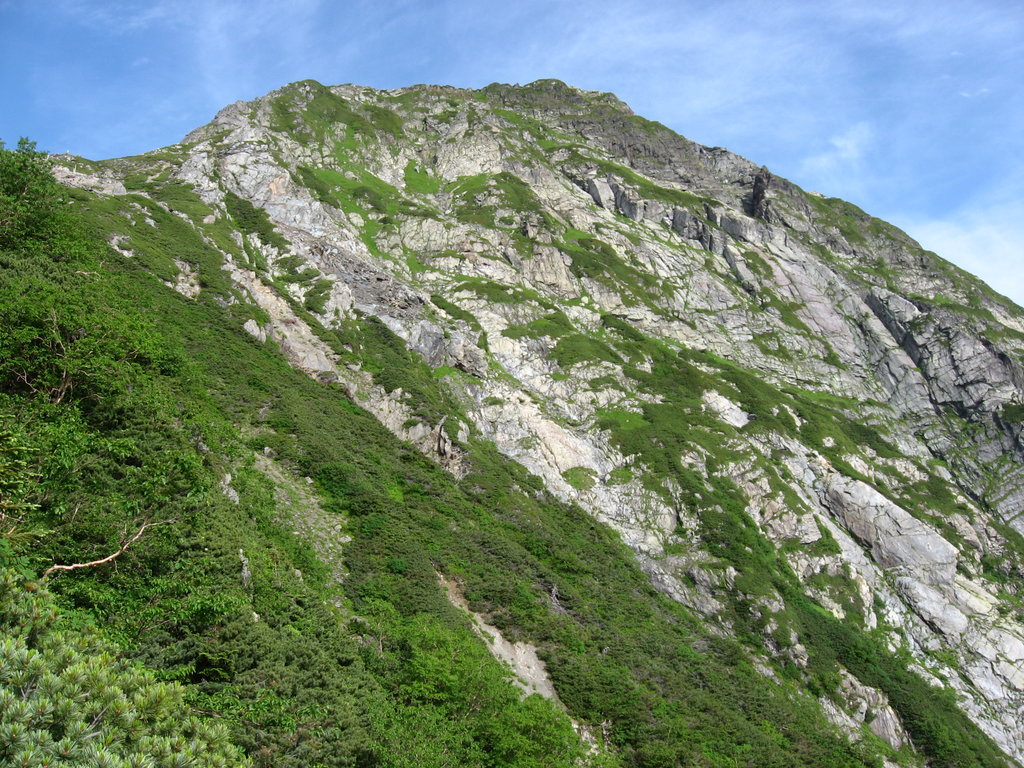 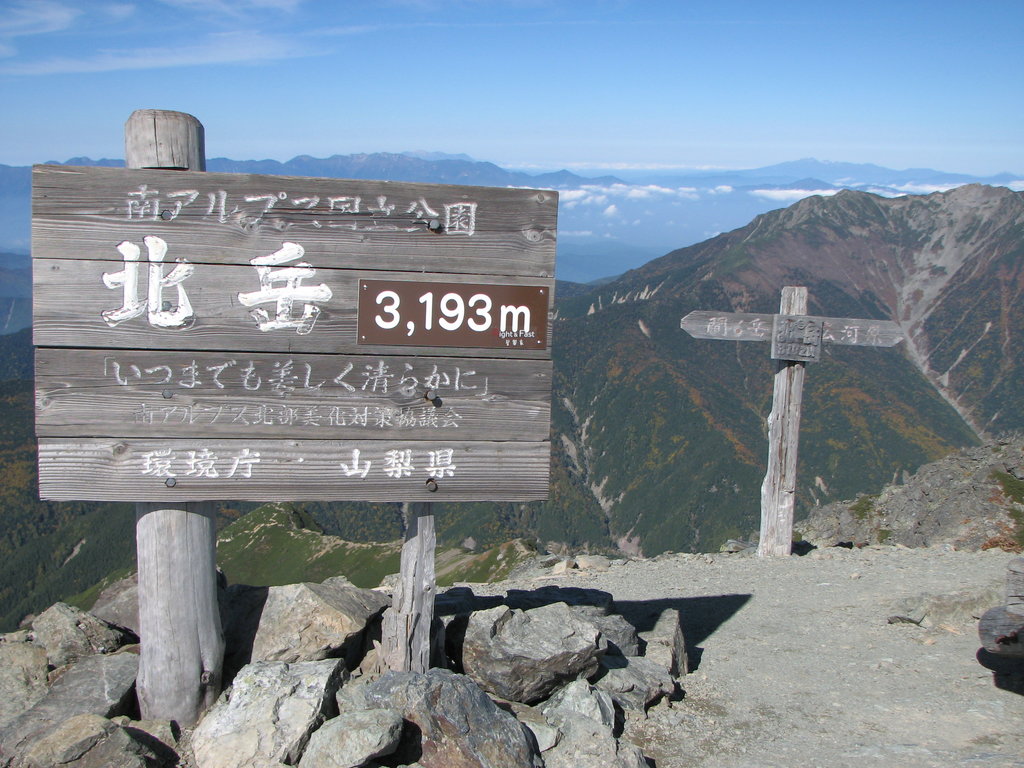 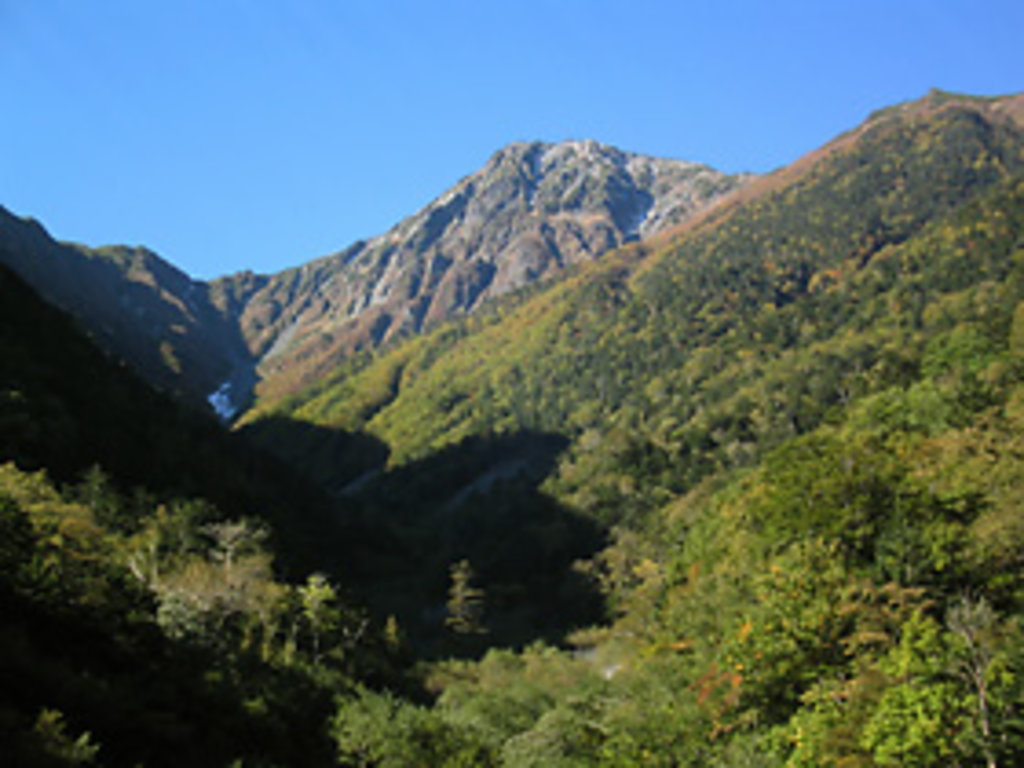