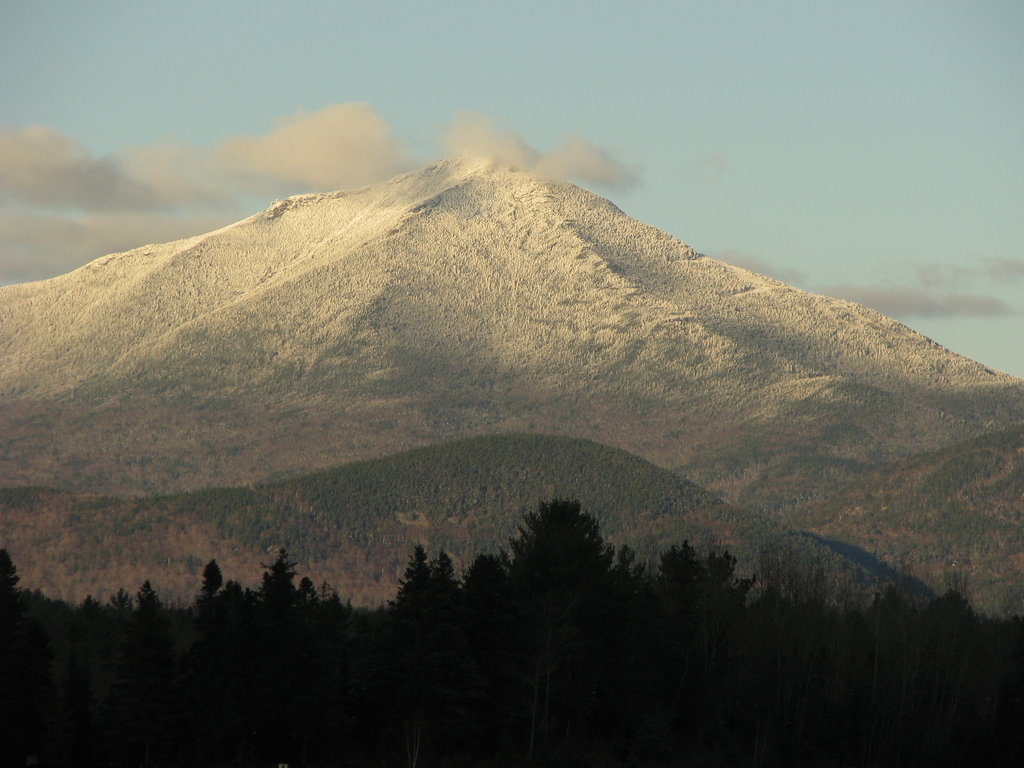 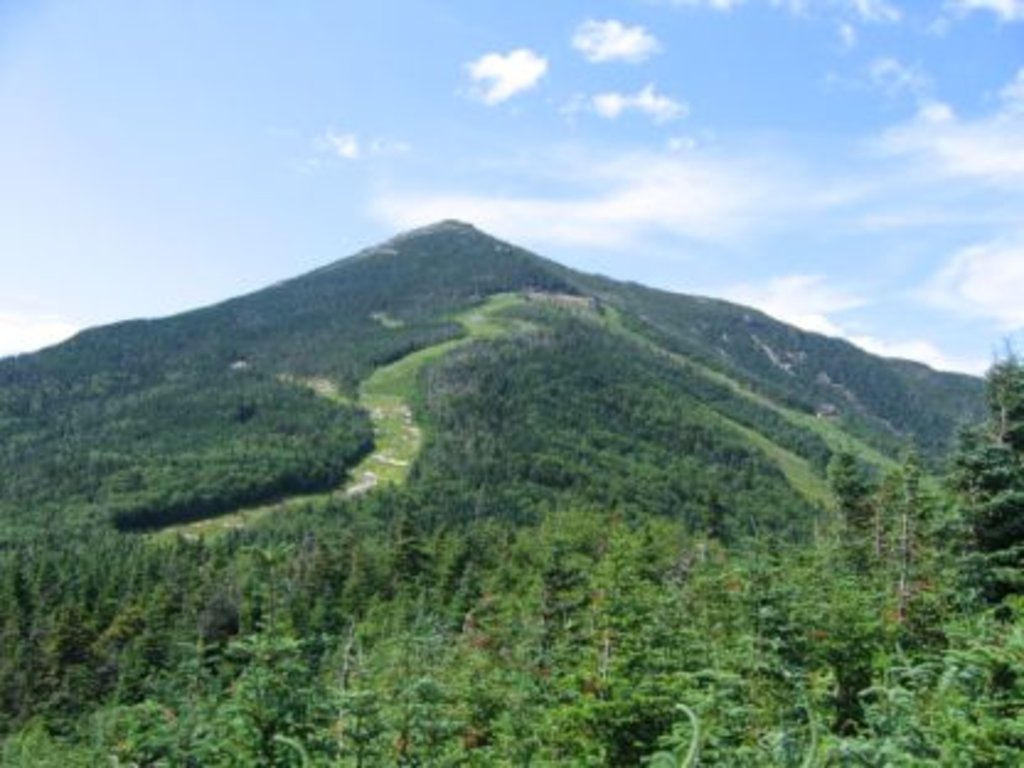 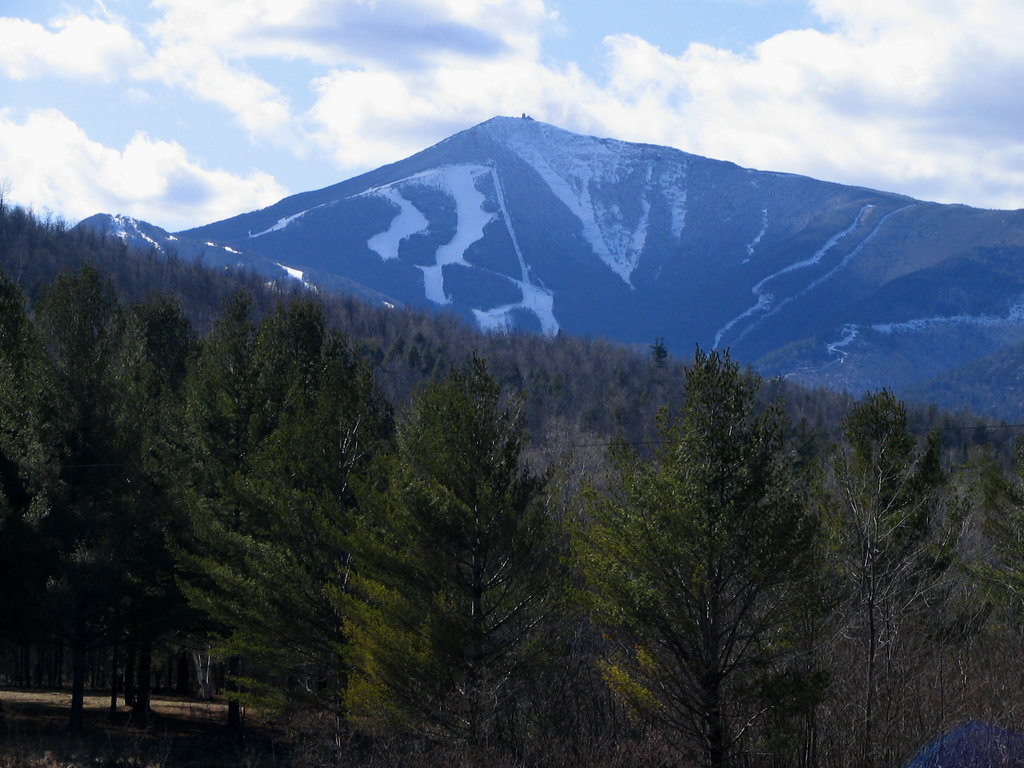 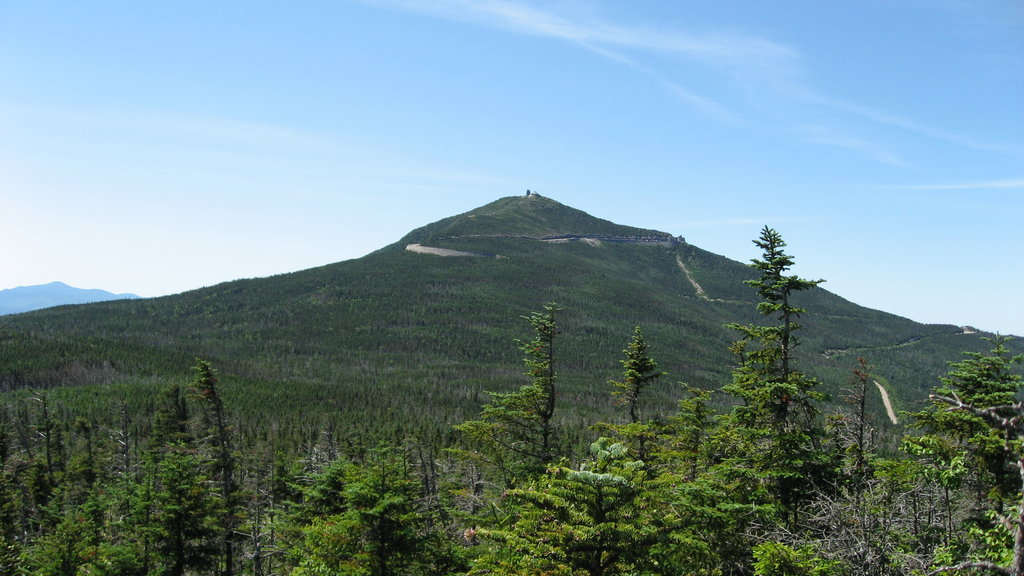 Show 2 photos
Add photo
1 481 m
Elevation
Elevation is the altitude of a place
above sea level.

950 m
Prominence
Peak’s prominence is the least
vertical to be covered to get from the
summit to any other higher terrain.

Whiteface Mountain is the fifth-highest mountain in the U.S. state of New York, and one of the High Peaks of the Adirondack Mountains. Set apart from most of the other High Peaks, the summit offers a 360-degree view of the Adirondacks and clear-day glimpses of Vermont and even Canada, where the skyscrapers of Montreal, 80 miles (130 km) away, can be seen on a very clear day. Located in the town of Wilmington, about 13 miles (21 km) from Lake Placid, the mountain's east slope is home to a major ski area which hosted the alpine skiing competitions of the 1980 Winter Olympics. Unique among the High Peaks, Whiteface features a developed summit and seasonal accessibility by motor vehicle. Whiteface Memorial Highway reaches a parking area at an elevation of 4,600 feet (1,400 m), with the remaining 267 feet (81 m) being obtained by tunnel and elevator.

Conceived and initiated prior to the Great Depression, Whiteface Castle and the Whiteface Mountain Veterans Memorial Highway were funded entirely by the state of New York, though the timing of the project led to a widespread belief that they were Depression Era public works projects arising from the New Deal. Construction on the toll road began in 1929, after passage of a necessary amendment to the state constitution, with a groundbreaking ceremony featuring then-New York State Governor Franklin D. Roosevelt. Eventually costing 1.2 million dollars (115 million in 2015 dollars) and ending vertically within 300 feet (90 m) of the summit the roadway is 5 miles (8 km) long and features an impressively steep 8% average grade. Officially opened July 20, 1935, in a ceremony featuring Roosevelt, by then President, the highway was dedicated to veterans of the Great War.

Whiteface Castle, built with granite excavated during the road construction, dominates the summit area. From the adjacent parking lot there are two routes to the summit proper. The first route is the Stairway Ridge Trail, a footpath with handrails and intermittent cement and stone steps approximately 0.2 miles (0.32 km) long. The second is a 424-foot (129 m) long tunnel into the core of the mountain. At the end of the tunnel is an elevator, which rises 276 feet (84 m), approximately 27 stories, to the summit.
There's a trail leading to the summit.

44.145556 N   -73.986389 W
Nearest Higher Neighbor
Algonquin Peak - 25.6 km SSW
El: 1 556 m / Prom: 639 m
Check out a downloadable 3D model of Whiteface Mountain area. A higher resolution model can be found in the PeakVisor mobile app.
Do you have photos of Whiteface Mountain or know something about it? Please let us know!