821 m
Elevation
Elevation is the altitude of a place
above sea level.

373 m
Prominence
Peak’s prominence is the least
vertical to be covered to get from the
summit to any other higher terrain.

Proportional Prominence 763 m
Location
55.422117 N  -3.324569 W
White Coomb is a hill in the Southern Uplands of Scotland. Its summit is the highest point of a network of ridges that lie north-east of the town of Moffat in the Moffat Hills. The ridges are broad, but are defended by steep valleys. The summit marks the highest point in the registration county of Dumfries.

White Coomb is most easily climbed from the National Trust for Scotland car park underneath the Grey Mare's Tail waterfall, on the A708 from Moffat to Selkirk, at NT 186146. The most direct route heads directly west up a steep ridge, but a more comfortable route follows a well built footpath above the north side of the waterfall. Above the waterfall, the fast flowing Tail Burn must be crossed to avoid a long detour; although there are plenty of natural stepping stones, spate or icy conditions may make their use dangerous. From across the stream, the best route through the peat and heather follows the course of a wall leading to the summit of Upper Tarnberry (546 m). From there, the east ridge, which is steep and craggy in places, leads to the broad summit. 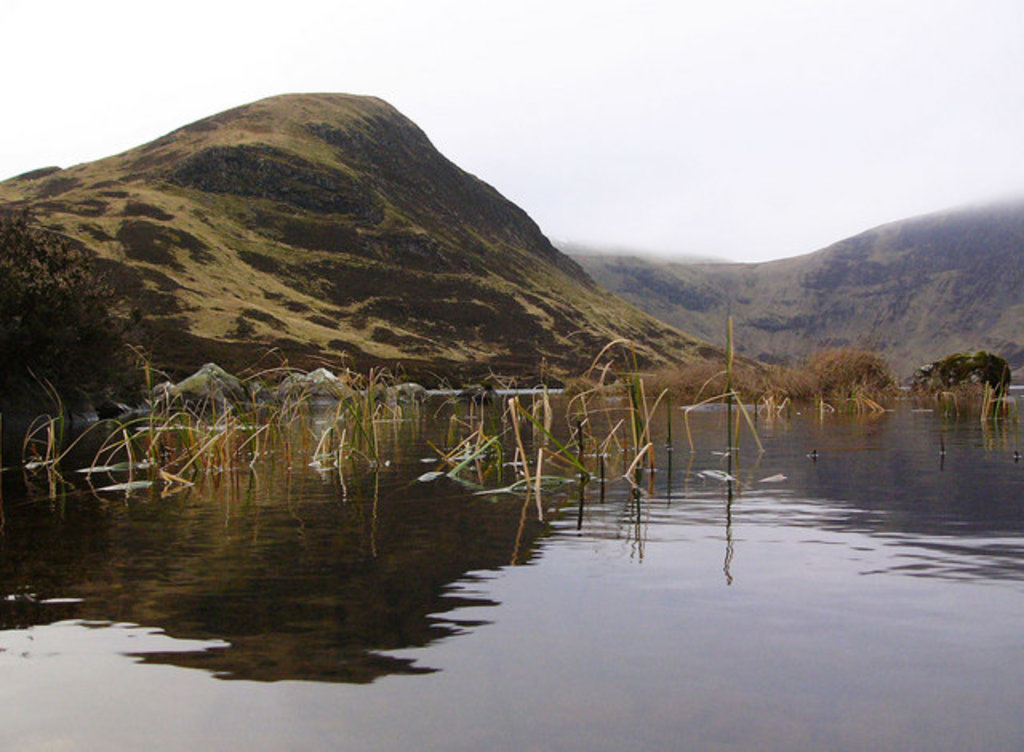 55.495556 N   -3.351944 W
Nearest Higher Neighbor
Broad Law - 8.6 km NNW
El: 840 m / Prom: 652 m
Summit Register
See all
ian gilmour
Check out a downloadable 3D model of White Coomb area. A higher resolution model can be found in the PeakVisor mobile app.
Do you have photos of White Coomb or know something about it? Please let us know!