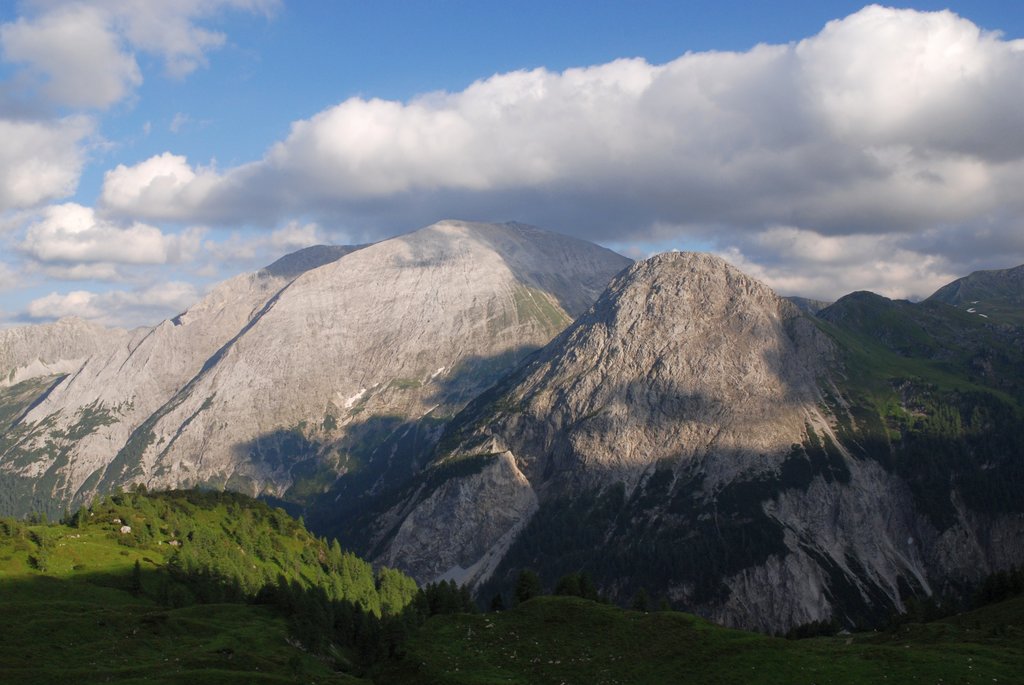 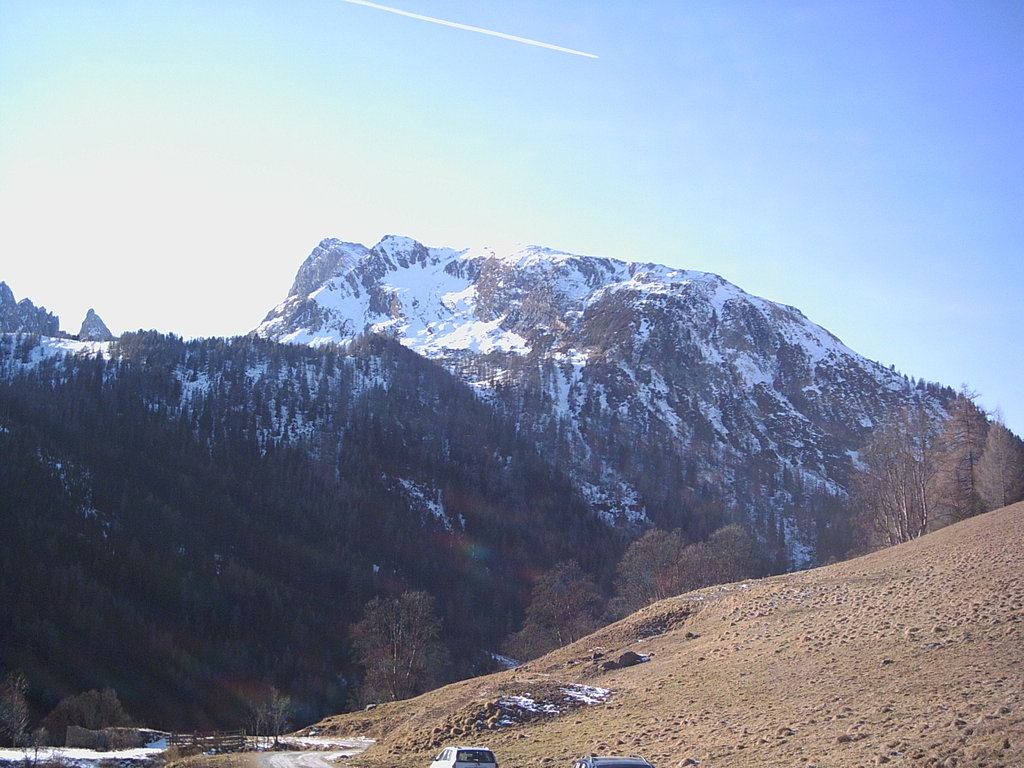 Add photo
2 711 m
Elevation
Elevation is the altitude of a place
above sea level.

454 m
Prominence
Peak’s prominence is the least
vertical to be covered to get from the
summit to any other higher terrain.

The Weißeck (2,711 m (AA)) is the highest mountain in the Radstadt Tauern range in Austria and is popular, both as a ski touring destination in winter and a climbing peak in summer. It gets its name (which means "white corner") from the mighty block of light-coloured Wetterstein dolomite of which the mountain is made.

The summit of the Weißeck is located on the municipal boundary between Muhr, in the national park, and Zederhaus, in the nature park.

Bases for tours to the Weißeck are, on one side, the Riedingtal valley in Zederhaus, and, on the other, the Stickler Hut (1,752 m) in the upper Mur valley. The normal route from the Rieding gap along the western ridge to the top is signed and only requires a little sure-footedness, but is generally an easy climbing grade.

There are several legends about the Weißeck. The best-known is about the Weißeck dog. The Weißeck is also popular with mineral collectors; since time immemorial it has been a well-known site for finds of fluorite.
There's a trail leading to the summit. Weißeck is one of the 1 peaks along the Wanderweg 740.

The nearest mountain hut is Sticklerhütte located 1 968m/6 457ft SW of the summit.

47.0975 N   13.39 E
Nearest Higher Neighbor
Haderlingspitze - 7.3 km S
El: 2 761 m / Prom: 60 m
Check out a downloadable 3D model of Weißeck area. A higher resolution model can be found in the PeakVisor mobile app.
Do you have photos of Weißeck or know something about it? Please let us know!