3 048 m
Elevation
Elevation is the altitude of a place
above sea level.

564 m
Prominence
Peak’s prominence is the least
vertical to be covered to get from the
summit to any other higher terrain.

Proportional Prominence 1 386 m
Location
46.461937 N  7.600114 E
The Gross Lohner (also spelled Gross Loner, German: Great Lohner), is a limestone mountain of the Bernese Alps, located between Adelboden and Kandersteg in the Bernese Oberland. The main summit has an elvation of 3,048.7 metres (10,002 ft) above sea level and is distinguished by the name Vorder Lohner ("Fore Lohner"). The mountain features several other peaks, from east to west:

The Lohner range is located east of Adelboden in the Engstlige valley and southwest of Kandersteg in Kander valley. The Gross Lohner is separated from the Chlyne Lohner (Small Lohner) to the north by the Bunderchrinde Pass, which provides a hiking route between Adelboden and Kandersteg.

The first tourist to climb the Lohner was one C. Dürheim from Bern in July 1876. In August of the same year, four members of the Alpine Club, during another ascent, found a bottle with the names of the two Kandersteg mountain guides Ogi and Hari, dated 1875.

Approximately halfways up the rock face, the Lohner hut can be found, which can be reached by skilled hikers without proper climbing.

The mountain with its many screes is almost only accessible by one of its three ridges. From the Lohner hut, the Mittler Lohner can be reached via the face by skilled climbers.
The nearest mountain hut is Lohnerhütte SAC located 1 403m/4 604ft undefined of the summit. 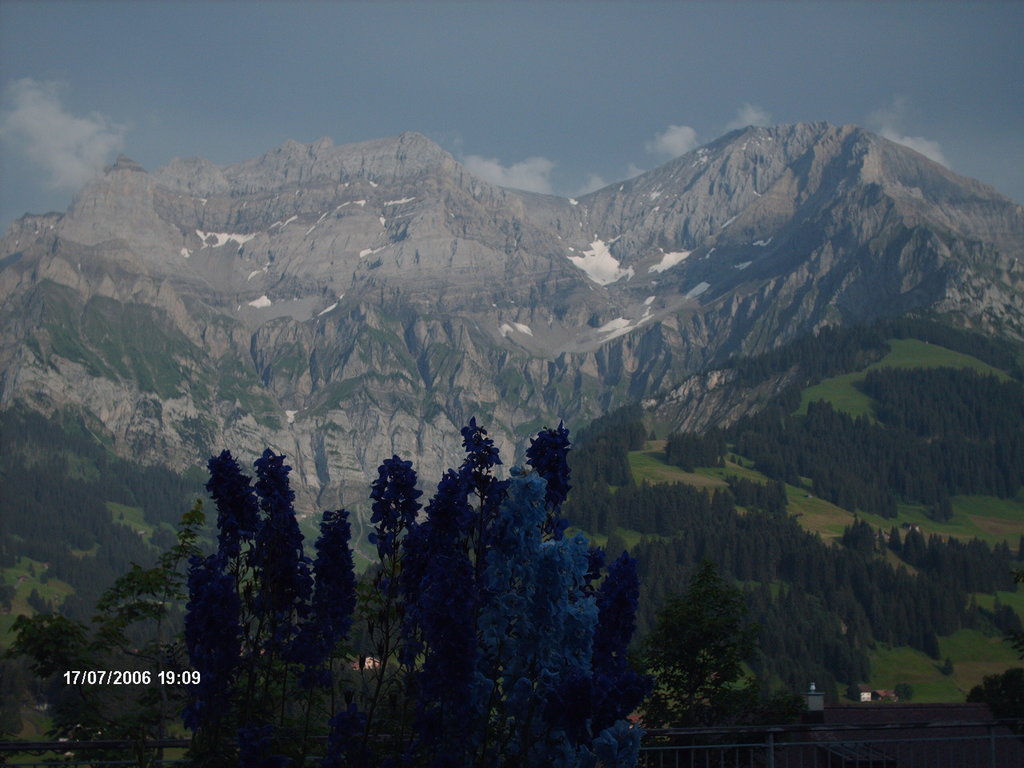