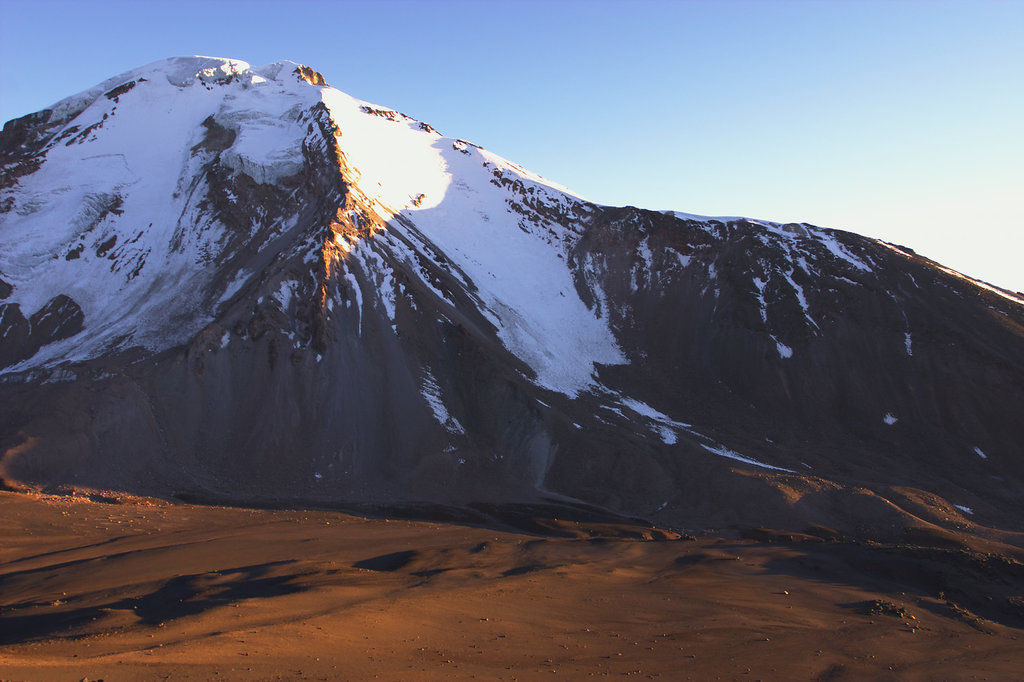 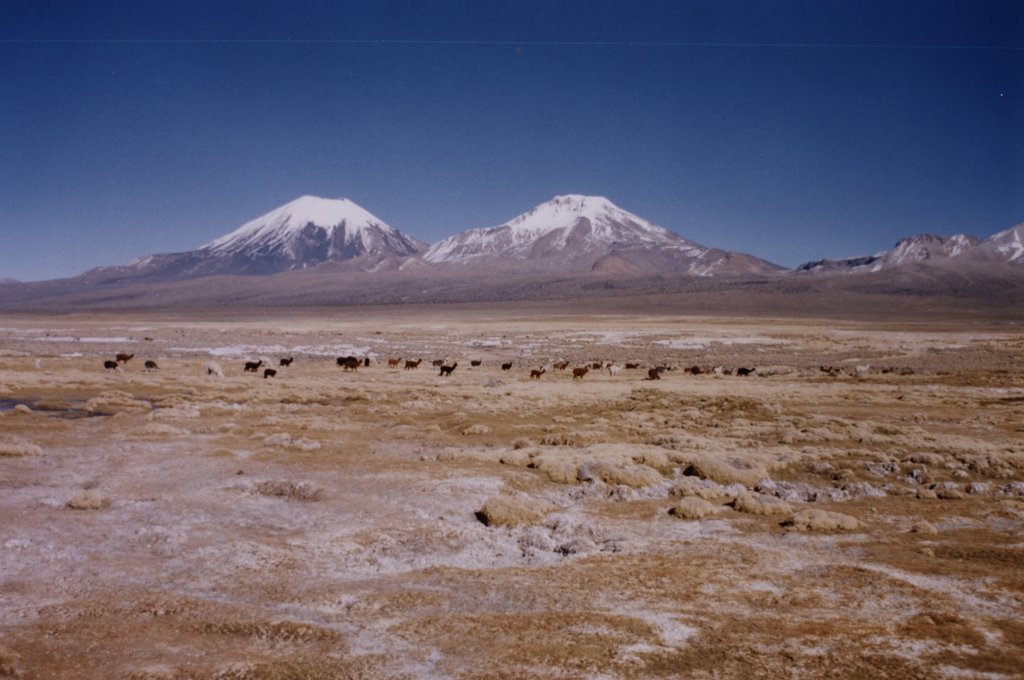 Add photo
6 282 m
Elevation
Elevation is the altitude of a place
above sea level.

938 m
Prominence
Peak’s prominence is the least
vertical to be covered to get from the
summit to any other higher terrain.

Proportional Prominence 5 081 m
Volcano
Most commonly a conical hill or mountain built around a vent that connects with reservoirs of molten rock below the surface of the Earth.
Location
-18.127608 S  -69.129331 W

Pomerape is a stratovolcano lying on the border of northern Chile and Bolivia (Oruro Department, Sajama Province, Curahuara de Carangas Municipality). It is part of the Payachata complex of volcanoes, together with Parinacota Volcano to the south. The name "Payachata" means "twins" and refers to their appearance. It hosts glaciers down to elevations of 5,300–5,800 metres (17,400–19,000 ft), lower on the northern slope.

Pomerape is a complex of lava domes, accompanied by lava flows. It was active about 200,000 years ago. The lava domes formed first and were later buried by the actual volcanic cone, which unlike the rhyolitic-dacitic domes is formed by hornblende andesite. The "Chungará Andesites" and lava dome complex of Parinacota were laid down at this time. Pomerape is associated with an adventive vent that has erupted mafic magmas. The main cone was last active 106,000 +- 7,000 years ago.