6 348 m
Elevation
Elevation is the altitude of a place
above sea level.

24 m
Prominence
Peak’s prominence is the least
vertical to be covered to get from the
summit to any other higher terrain.

Proportional Prominence 4 377 m
Volcano
Most commonly a conical hill or mountain built around a vent that connects with reservoirs of molten rock below the surface of the Earth.
Location
-18.161966 S  -69.14558 W
Parinacota (in Hispanicized spelling), Parina Quta or Parinaquta is a dormant stratovolcano on the border of Chile and Bolivia. Together with Pomerape it forms the Nevados de Payachata volcanic chain. Part of the Central Volcanic Zone of the Andes, its summit reaches an elevation of 6,380 metres (20,930 ft) above sea level. The symmetrical cone is capped off by a summit crater with widths of 1 kilometre (0.62 mi) or 500 metres (1,600 ft). Farther down on the southern slopes lie three parasitic centres known as the Ajata cones. These cones have generated lava flows. The volcano overlies a platform formed by lava domes and andesitic lava flows.

The volcano started growing during the Pleistocene and formed a large cone. At some point between the Pleistocene and the Holocene, the western flank of the volcano collapsed, generating a giant landslide that spread west and formed a large, hummocky landslide deposit. The avalanche crossed and dammed a previously existing drainage, impounding or enlarging Lake Chungará; numerous other lakes now forming the headwaters of the Rio Lauca sprung up within the deposit. Volcanic activity rebuilt the cone after the collapse, cancelling out the collapse scar.

Parinacota had numerous effusive and explosive eruptions during the Holocene, the latest about 200 years ago. While there are no recorded eruptions, legends of the local Aymara people imply that they may have witnessed one eruption. 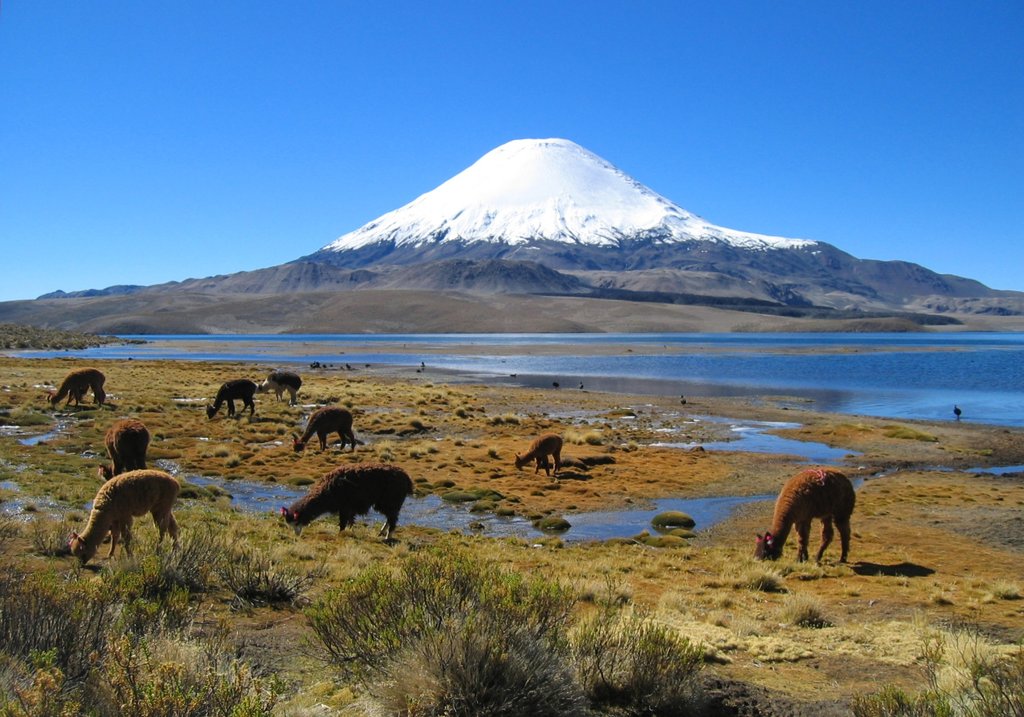 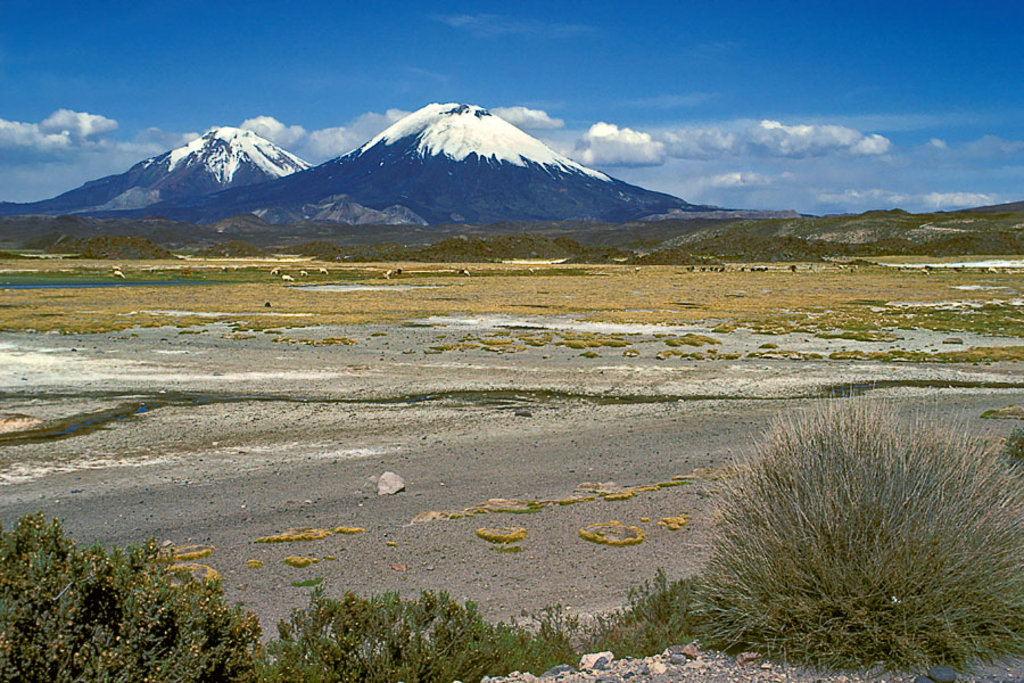 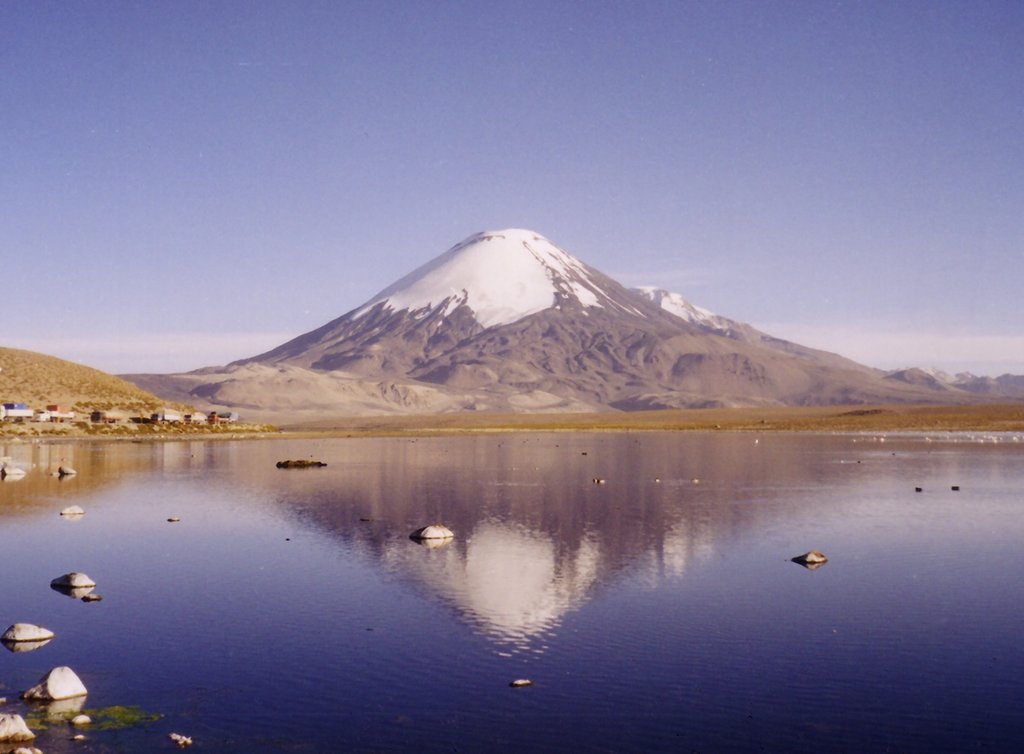 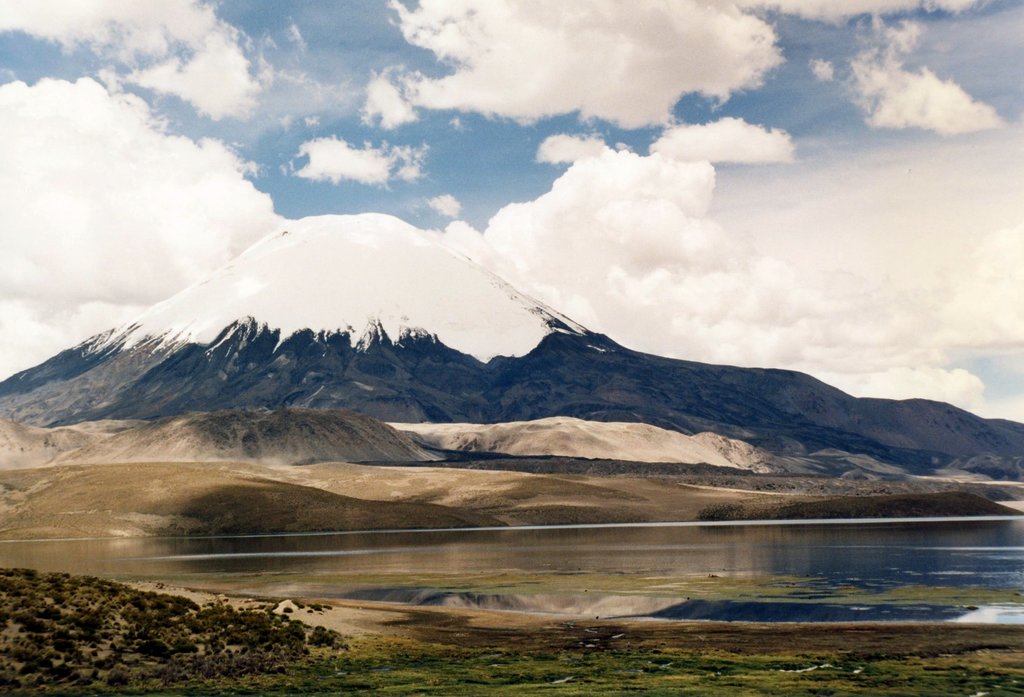 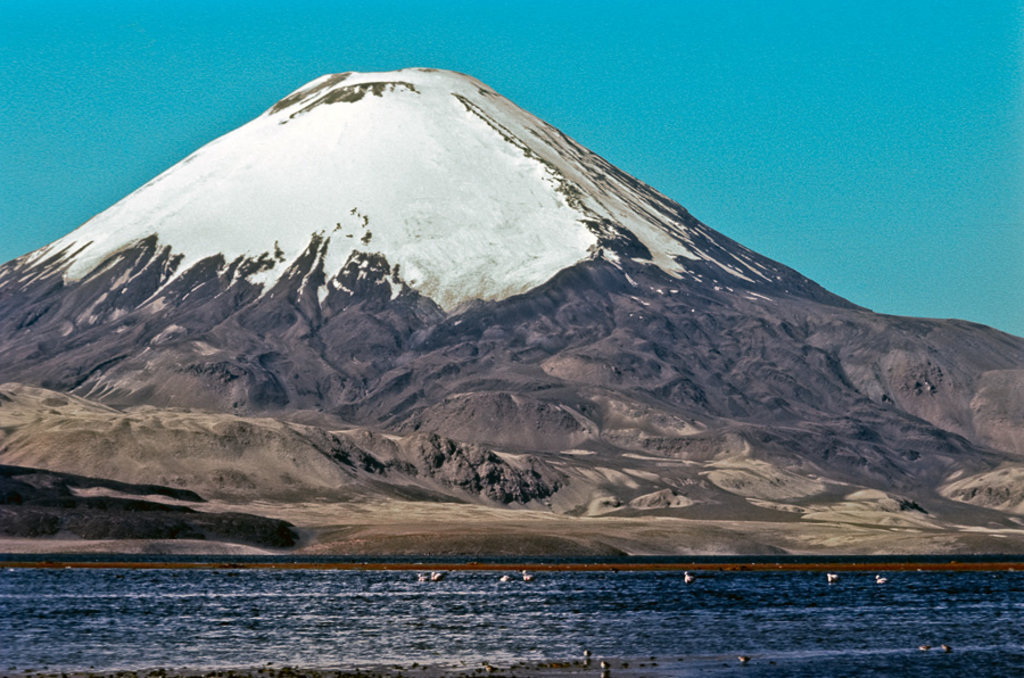 -18.166389 S   -69.141667 W
Nearest Higher Neighbor
Parinacota - 660 m SE
El: 6 354 m / Prom: 2 002 m
Check out a downloadable 3D model of Volcán Parinacota area. A higher resolution model can be found in the PeakVisor mobile app.
Do you have photos of Volcán Parinacota or know something about it? Please let us know!