1 808 m
Elevation
Elevation is the altitude of a place
above sea level.

253 m
Prominence
Peak’s prominence is the least
vertical to be covered to get from the
summit to any other higher terrain.

Streams that drain the slopes of Tolmie Peak, including Tolmie Creek and Ranger Creek, join the Carbon River, which flows into the Puyallup River and Puget Sound. Just south of Tolmie Peak, in a basin carved by glaciers, lies Eunice Lake. To the northwest is Howard Peak. 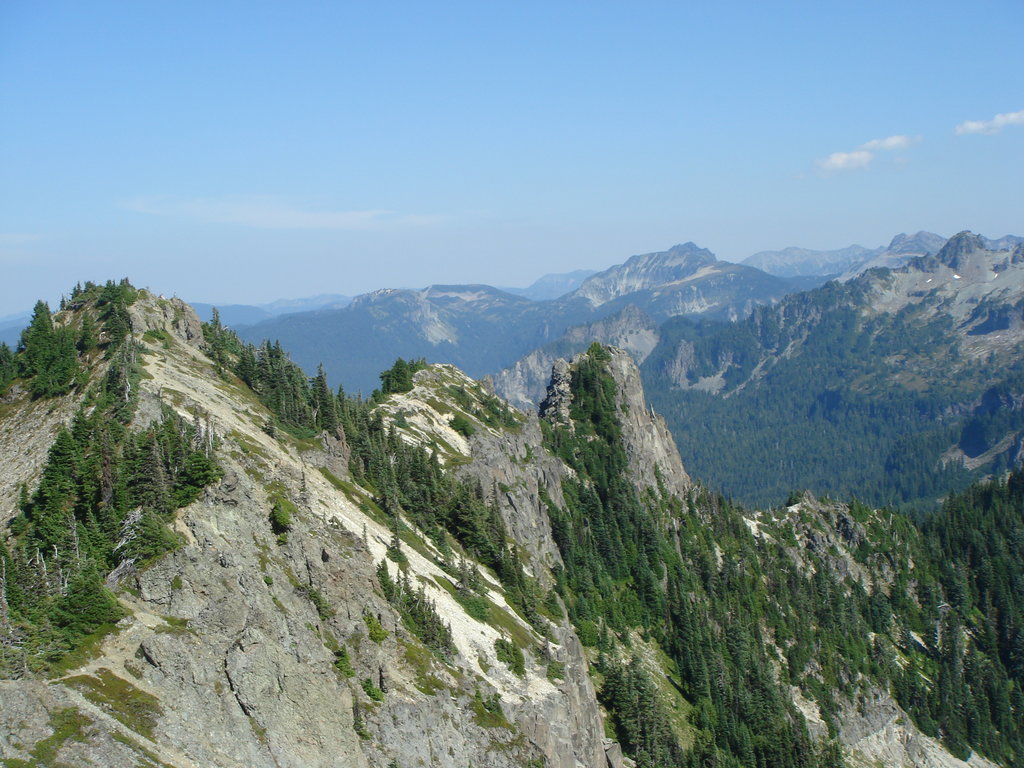 46.947222 N   -121.852222 W
Nearest Higher Neighbor
Castle Peak - 2.4 km ESE
El: 1 869 m / Prom: 64 m
Summit Register
See all
Andrew Hegnauer
Derek Bauer
Check out a downloadable 3D model of Tolmie Peak area. A higher resolution model can be found in the PeakVisor mobile app.
Do you have photos of Tolmie Peak or know something about it? Please let us know!