1 357 m
Elevation
Elevation is the altitude of a place
above sea level.

1 101 m
Prominence
Peak’s prominence is the least
vertical to be covered to get from the
summit to any other higher terrain.

Proportional Prominence 1 243 m
Location
-16.164239 S  145.373762 E
Thornton Peak is a prominent mountain that rises above the Daintree Rainforest to a height of 1374 m. The mountain is located about 80 km northwest of Cairns within the catchment of the Daintree River.

The indigenous Eastern Kuku Yalanji people's name for Thornton Peak is Wundu, and it has spiritual significance for them.

The peak is covered by rainforest and is home to a number of endemic species. Thornton Peak is one of only three mountain tops that are home to the cinereus ringtail possum.

A group of scientists have suggested the mountain is a viable candidate for the translocation of some species which require a colder climate due to climate change.

In April 2001, a missing Aero Commander 500 was found on Thornton Peak.
There's a trail called Thorntons Peak Walking Track leading to the summit. 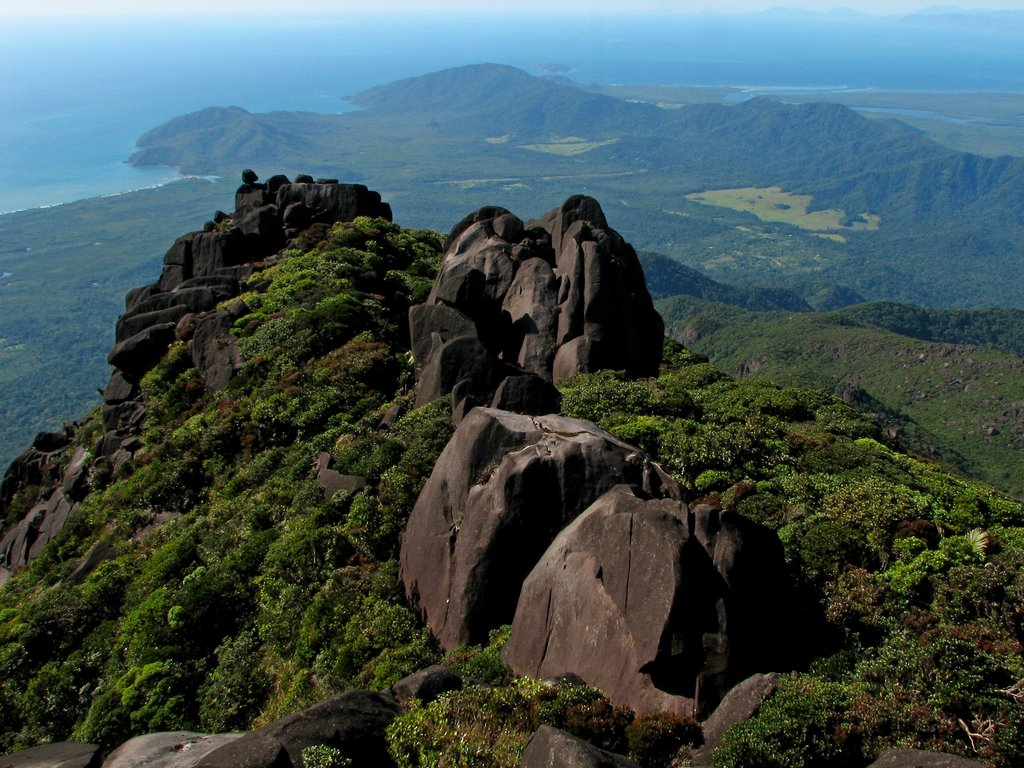