3 150 m
Elevation
Elevation is the altitude of a place
above sea level.

1 042 m
Prominence
Peak’s prominence is the least
vertical to be covered to get from the
summit to any other higher terrain.

Proportional Prominence 1 578 m
Location
62.968882 N  -150.613375 W
The Moose's Tooth (or simply Moose's Tooth, Mooses Tooth) is a rock peak on the east side of the Ruth Gorge in the Central Alaska Range, 15 miles (24 km) southeast of Denali. Despite its relatively low elevation, it is a difficult climb. It is notable for its many large rock faces and its long ice couloirs, which are famous in mountaineering circles, and have seen a number of highly technical ascents.

The peak was originally called Mount Hubbard after General Thomas Hamlin Hubbard — the president of the Peary Arctic Club — by Belmore Browne and Herschel Parker. This name was revoked by the United States Geological Survey, which named the peak "The Mooses Tooth," a translation of the Athabascan name for the peak. The official USGS name does lack the grammatically correct apostrophe.

The Moose's Tooth is located just to the east of the northern end of the Ruth Gorge, across from Mount Barille and Mount Dickey. It is the chief in a complex of rock peaks with names such as "Eye Tooth", "Sugar Tooth", and "Broken Tooth." On the east side of this complex lies the head of the Buckskin Glacier, which provides access to climbs on the particularly large and difficult east face of The Moose's Tooth.

The name of the peak comes from its structure: its summit ridge is a long, low angled ridge running roughly east-west for about a mile, with steep drops to the north and south. This gives the mountain a vague resemblance to a moose's tooth. It also makes climbing to the true (east) summit from the west ridge (the least technical route) very difficult. The summit is more normally reached by steep couloirs on the southwestern side of the peak. 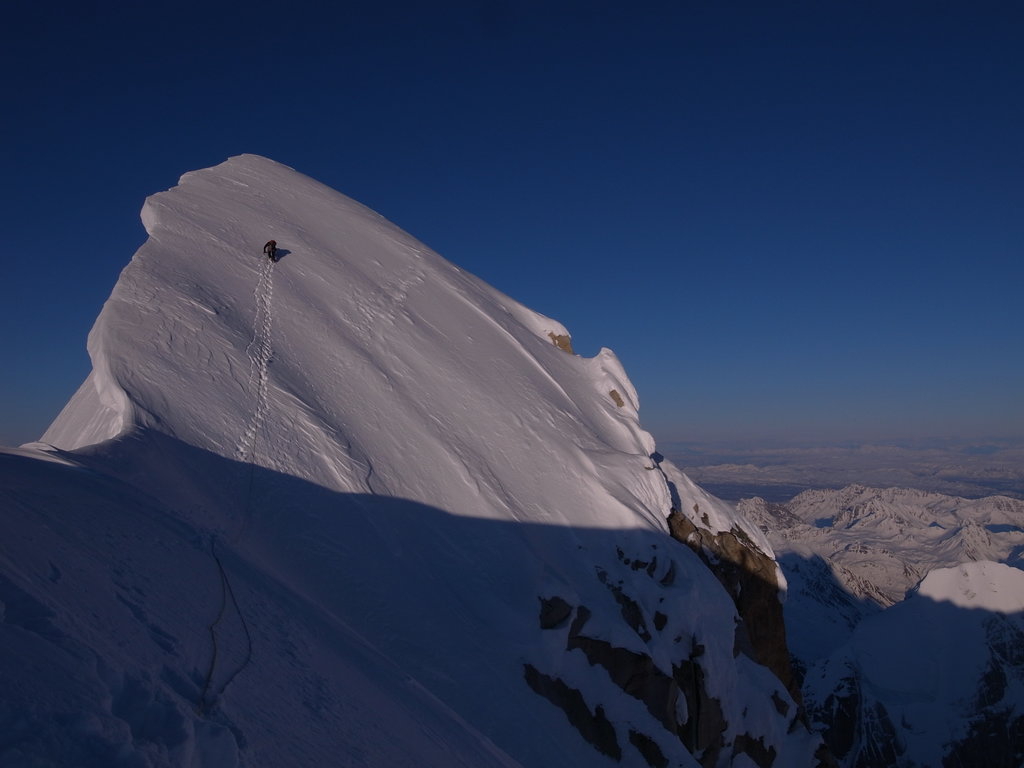