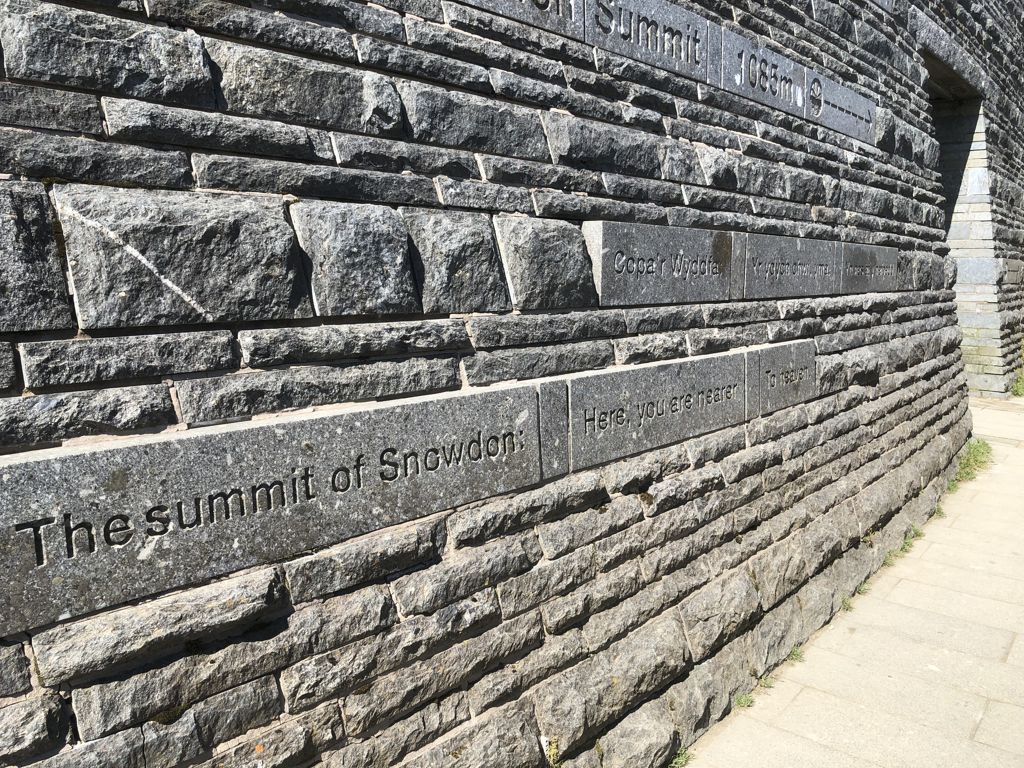 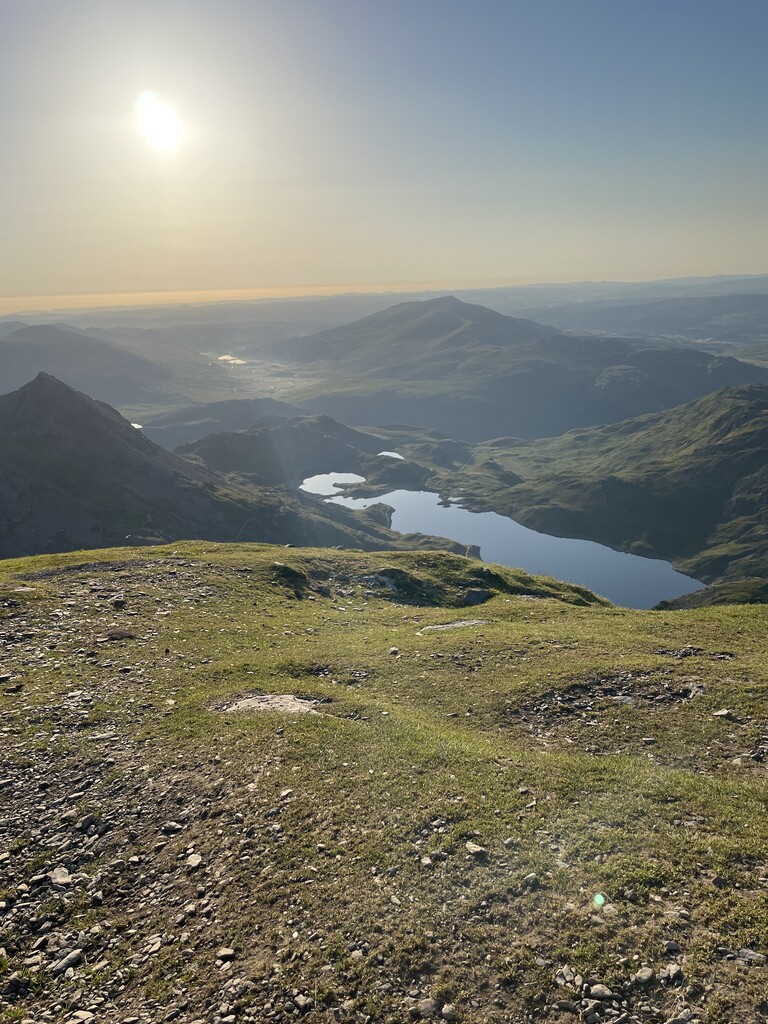 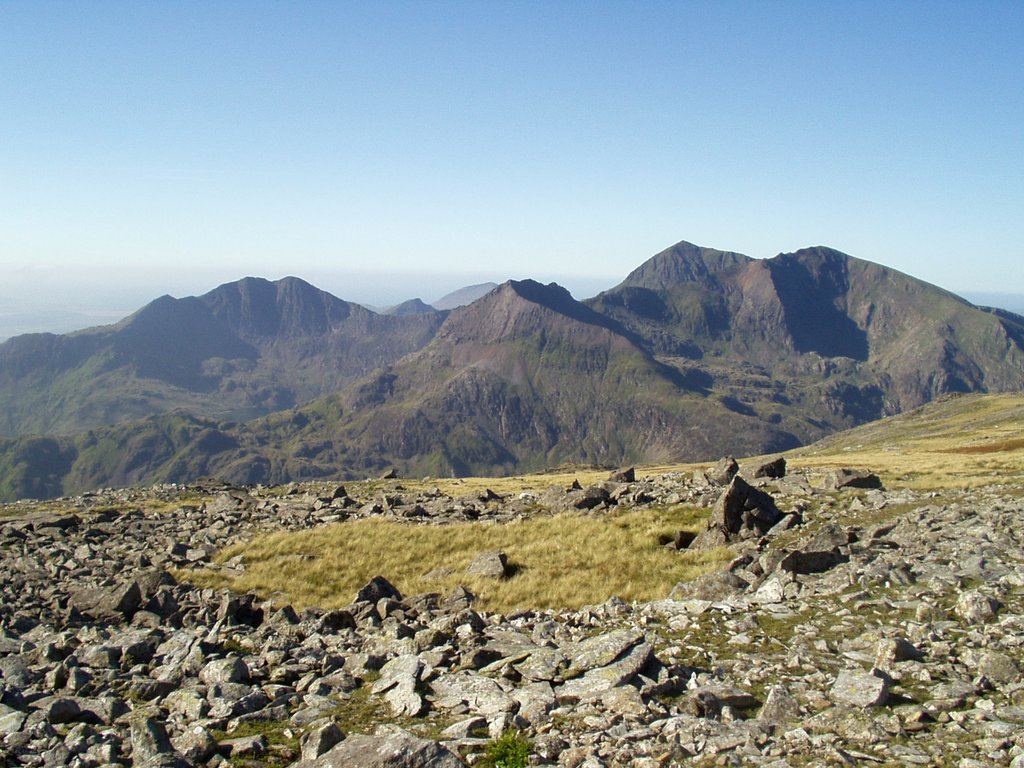 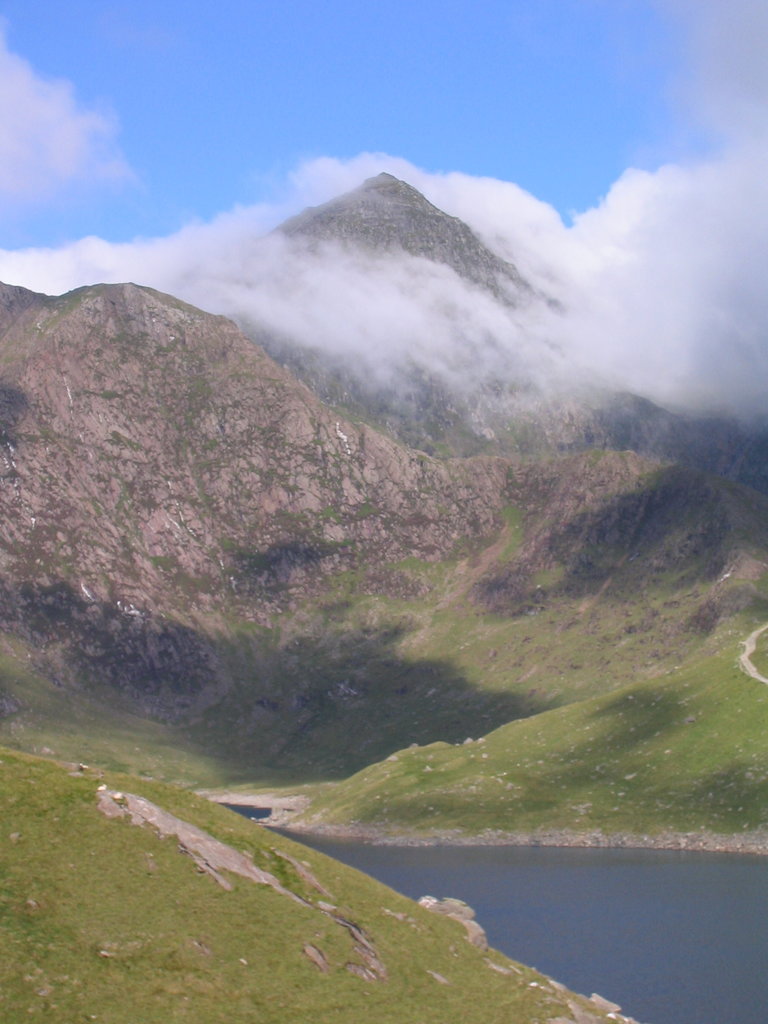 Show 2 photos
Add photo
1 085 m
Elevation
Elevation is the altitude of a place
above sea level.

1 033 m
Prominence
Peak’s prominence is the least
vertical to be covered to get from the
summit to any other higher terrain.

Snowdon (Welsh: Yr Wyddfa, pronounced [ər ˈwɪðva]) is the highest mountain in Wales, at an elevation of 1,085 metres (3,560 ft) above sea level, and the highest point in the British Isles south of the Scottish Highlands. It is located in Snowdonia National Park (Parc Cenedlaethol Eryri) in Gwynedd. It is the busiest mountain in the United Kingdom and the third most visited attraction in Wales, with 582,000 people visiting annually. It is designated as a national nature reserve for its rare flora and fauna.

The rocks that form Snowdon were produced by volcanoes in the Ordovician period, and the massif has been extensively sculpted by glaciation, forming the pyramidal peak of Snowdon and the arêtes of Crib Goch and Y Lliwedd. The cliff faces on Snowdon, including Clogwyn Du'r Arddu, are significant for rock climbing, and the mountain was used by Edmund Hillary in training for the 1953 ascent of Mount Everest.

The summit can be reached by a number of well-known paths, and by the Snowdon Mountain Railway, a rack railway opened in 1896 which carries passengers the 4.7 miles (7.6 km) from Llanberis to the summit station. The summit also houses a cafe called Hafod Eryri, open only when the railway is operating; it opened in 2009 to replace one built in the 1930s. The railway generally operates to the summit station from Whitsun to October. The daily running schedule depends on weather and customer demand.

The name Snowdon is from the Old English for "snow hill", while the Welsh name – Yr Wyddfa – means "the tumulus" or "the barrow", which may refer to the cairn thrown over the legendary giant Rhitta Gawr after his defeat by King Arthur. As well as other figures from Arthurian legend, the mountain is linked to a legendary afanc (water monster) and the Tylwyth Teg (fairies).
There's a trail leading to the summit.