2 076 m
Elevation
Elevation is the altitude of a place
above sea level.

Proportional Prominence 1 568 m
Location
47.766977 N  15.80443 E
The Schneeberg, with its 2,076-metre (6,811 ft) high summit Klosterwappen, is the highest mountain of Lower Austria, and the easternmost mountain in the Alps to exceed 2000 m. It is a distinctive limestone massif with steep slopes on three sides.

The Schneeberg is one of the Northern Calcareous Alps in the borderland between Lower Austria and Styria, in the eastern part of Austria. It and the Rax (2,007 m or 6,585 ft), some 13 km (8.1 mi) to the south-west, are collectively considered the Viennese Hausberge (Vienna's "local mountains"). The rich Karst plateaux have provided drinking water for Vienna, via a 120 km (75 mi) long pipeline, since 1873, and is claimed to be the best drinking water in the world.

On clear days, Schneeberg can be readily seen from parts of Vienna, some 65 km (40 mi) away (as the crow flies) and even from Bratislava in Slovakia.

A rack-and-pinion railway, the Schneeberg Railway, now over 100 years old, climbs to a height of 1,800 m (5,900 ft), reducing the walk to the summit to an hour or two. There are also a number of other routes for walkers, including from the spa resort of Puchberg am Schneeberg to the east, or from the south, in Höllental.

The summit plateau has a number of mountain huts which are visited by thousands of walkers, climbers and even mountain-bikers each year.
There's a hiking trail (T1) leading to the summit. Klosterwappen is one of the 5 peaks along the Wasserfallwirt (Sonnleiten) - Losenheim - Edelweißhütte - Fadensteig - Fischerhütte - Kloster wappen (Schneeberg).

The nearest mountain hut is Fischerhütte located 737m/2 418ft NE of the summit. 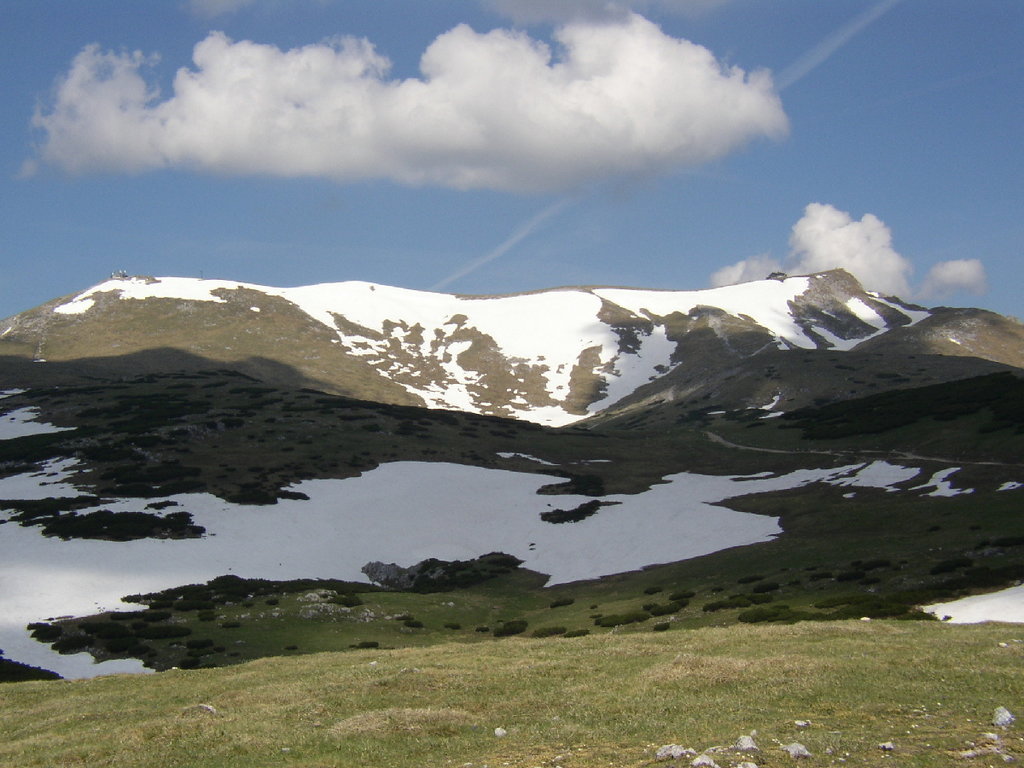 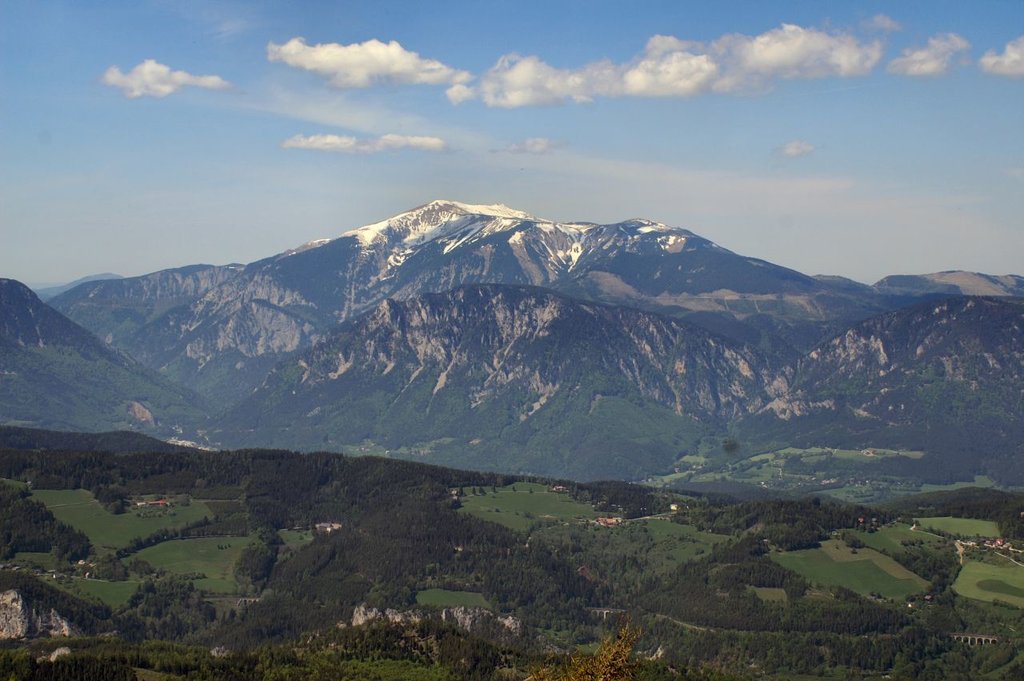 47.633611 N   15.18 E
Nearest Higher Neighbor
Ringkamp - 49.3 km WSW
El: 2 153 m / Prom: 167 m
Summit Register
See all
Roman Hackl
Angyal Attila
Check out a downloadable 3D model of Klosterwappen area. A higher resolution model can be found in the PeakVisor mobile app.
Do you have photos of Klosterwappen or know something about it? Please let us know!