Sakurajima map
Go to camera
Teleport
Zoom in
Zoom out

1 071 m
Elevation
Elevation is the altitude of a place
above sea level.

Proportional Prominence 713 m
Volcano
Most commonly a conical hill or mountain built around a vent that connects with reservoirs of molten rock below the surface of the Earth.
Location
31.582828 N  130.656863 E
Sakurajima (Japanese: 桜島, lit. "Cherry blossom Island") is an active composite volcano and a former island in Kagoshima Prefecture in Kyushu, Japan. The lava flows of the 1914 eruption connected it with the Osumi Peninsula.

The volcanic activity still continues, dropping volcanic ash on the surroundings. Earlier eruptions built the white sands highlands in the region. The most recent eruption started on May 2, 2017. On September 13, 2016 a team of experts from Bristol University and the Sakurajima Volcano Research Centre in Japan suggested that the volcano could have a major eruption within 30 years.

Sakurajima is a stratovolcano. Its summit has three peaks, Kita-dake (northern peak), Naka-dake (central peak) and Minami-dake (southern peak) which is active now.

Kita-dake is Sakurajima's highest peak, rising to 1,117 m (3,665 ft) above sea level. The mountain is located in a part of Kagoshima Bay known as Kinkō-wan. The former island is part of the city of Kagoshima. The surface of this volcanic peninsula is about 77 km2 (30 sq mi). 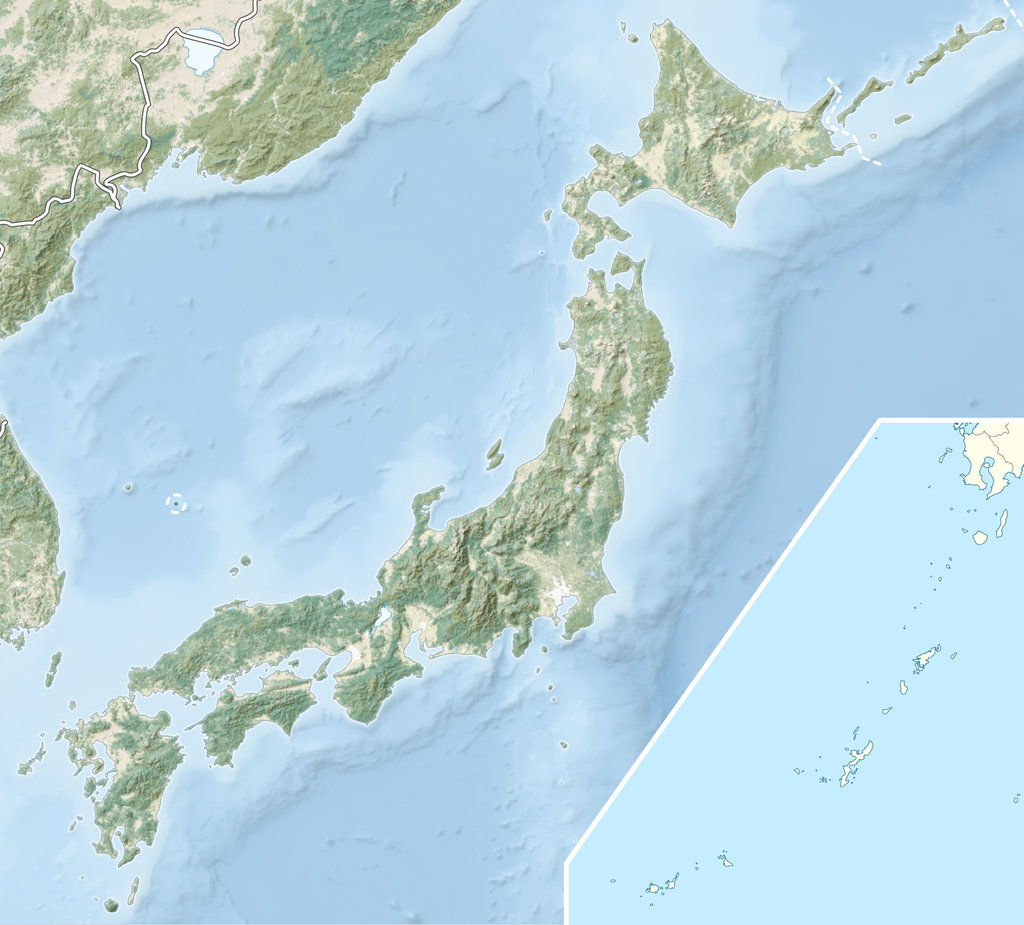 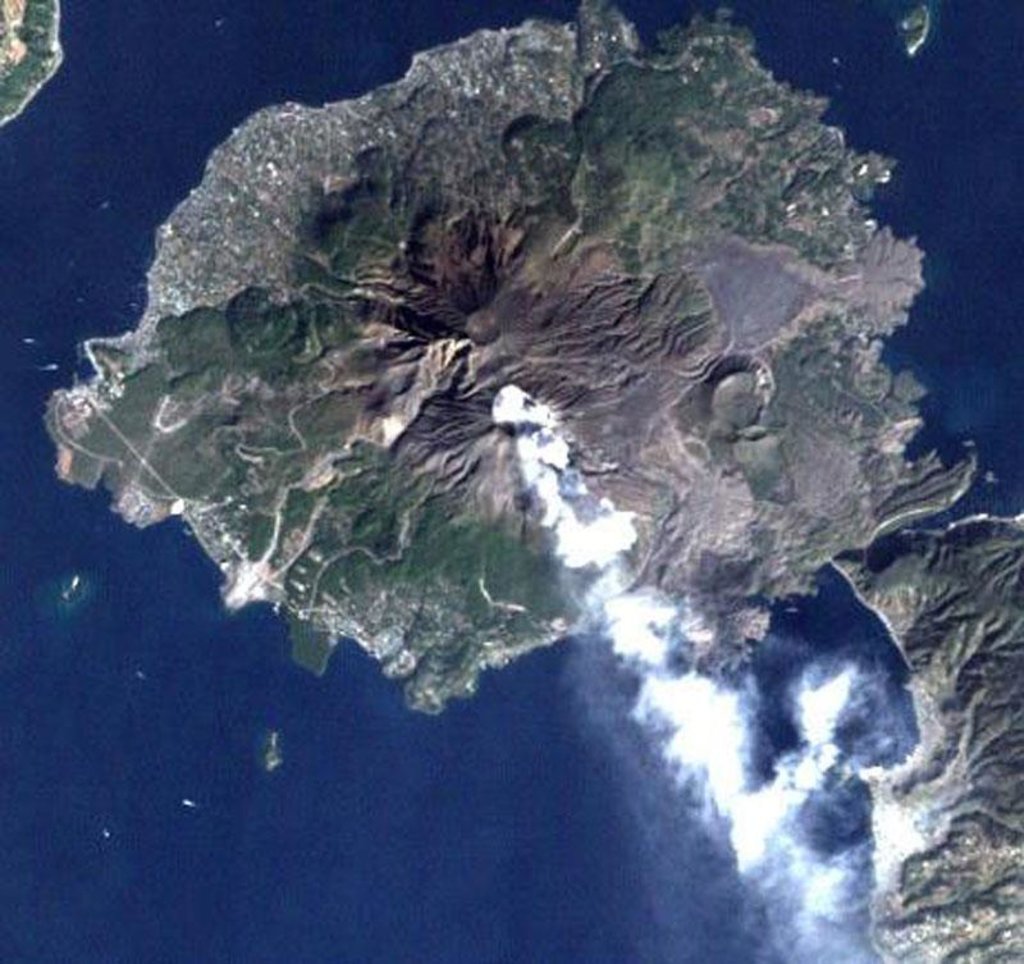 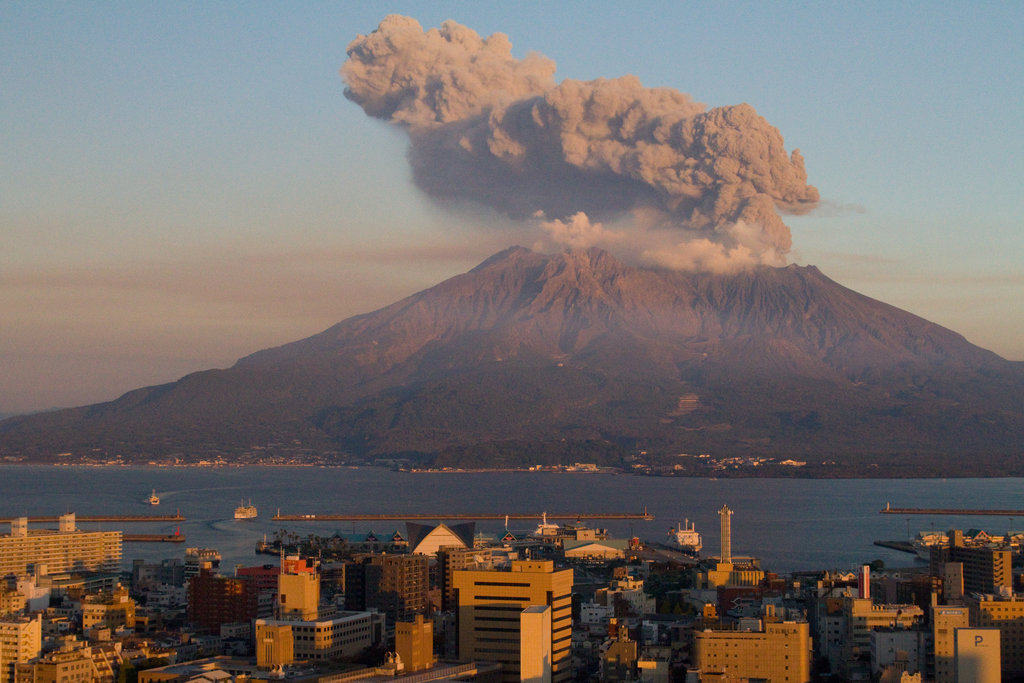 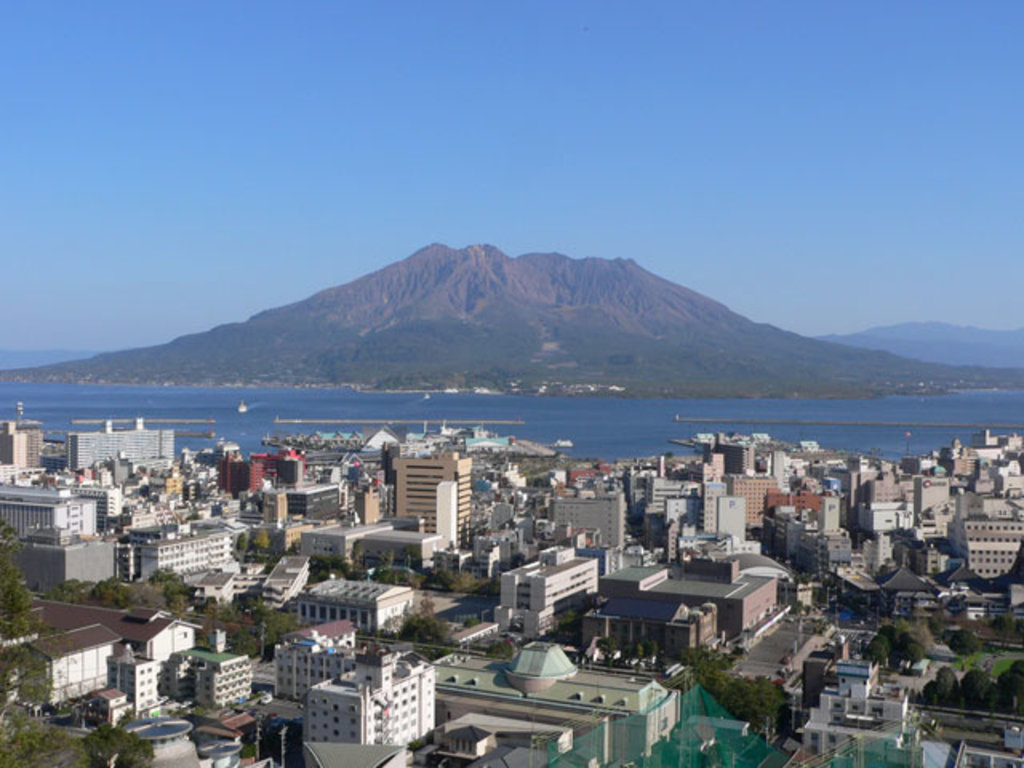