1 341 m
Elevation
Elevation is the altitude of a place
above sea level.

194 m
Prominence
Peak’s prominence is the least
vertical to be covered to get from the
summit to any other higher terrain.

Proportional Prominence 910 m
AHP46
The 46 Adirondack High Peaks
Location
44.154078 N  -73.705407 W
Rocky Peak Ridge is the twentieth highest peak in the High Peaks Region of the Adirondack Park of New York, United States. The name of the mountain is due to its geology, a rocky ridge to the east of the better known Giant Mountain. The long, bare ridge is unusual in the Adirondacks; it resulted from the last great forest fire in the region, in 1913.

There are two trails leading to the top of the peak. One trail, leaving from the town of New Russia, is about a ten-mile round trip with a few, steep rock scrambles along the way. The more commonly used trail splits from the Giant Mountain Trail at about 0.1 mile below Giant's summit. The trail descends steeply from Giant for 0.4 mile and then goes gently uphill for 0.8 mile.

Rocky Peak Ridge provides unobstructed 360-degree views from the highpoint and many lookouts along the ridgeline. The views of Giant Mountain, the Great Range, Dix Mountain Wilderness, Lake Champlain and Vermont are spectacular and well worth the 1.2 mile hike from just below the summit of Giant.
There's a hiking trail (T2) called East Trail leading to the summit. Rocky Peak Ridge is one of the 3 peaks along the East Trail. 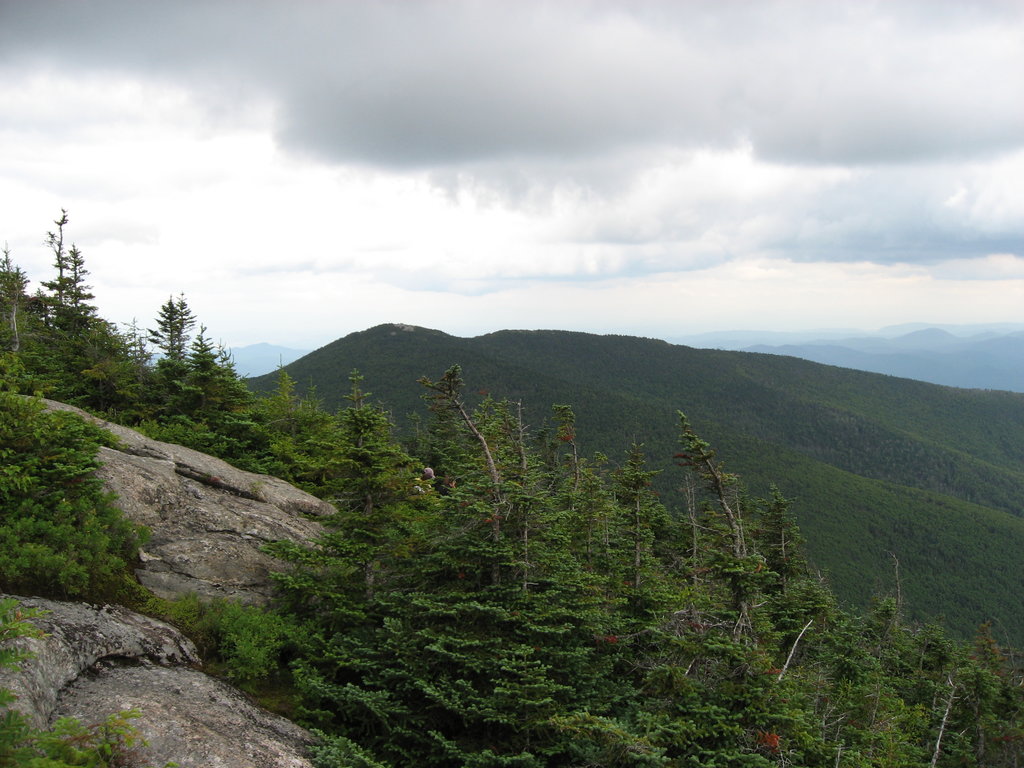