Noshaq map
Go to camera
Teleport
Zoom in
Zoom out

Ultra
Mountains with prominence of 1 ⁠500 ⁠m / 4 ⁠921 ⁠ft or more.
Location
36.432239 N  71.832946 E
Noshaq (also called Nowshak or Nōshākh; Urdu/Persian/Pashto: نوشاخ‎) is the highest peak in Afghanistan and the second highest peak in the Hindu Kush Range (after Tirich Mir) at 7,492 m (24,580 ft). It lies on the border between Badakhshan Province in Afghanistan and Chitral District, Khyber Pakhtunkhwa, Pakistan, and is the world's westernmost 7,000 meter massif.

Noshaq was first climbed by a Japanese expedition in 1960 led by Professor Sakato. Other members of the expedition were Goro Iwatsabo and Toshiaki Sakai. The climb followed the normal Pakistan approach, the southeast ridge from the Qadzi Deh Glacier. The normal Afghanistan approach route is by the west ridge. The first winter ascent was in 1973 by Tadeusz Piotrowski and Andrzej Zawada, members of a Polish expedition, via the north face. It was the world’s first winter climb of any 7000m peak.

Only the main peak and Noshaq West (7250m) are on the Afghanistan-Pakistan border (the Durand Line), a watershed divide. The other peaks of this massif lie well within Pakistan and are easily accessible from Chitral, 64 km away. The west side of the massif is in Afghanistan whereas the south and eastern sides are in Pakistan. The second highest peak in this massif is Noshaq East (7480m), climbed in 1963 by Dr.Gerald Gruber and Rudolf Pischenger from Austria. The third highest peak of the massif is Noshaq Central (7400m) followed by Noshaq West. These peaks were also climbed by the same Austrian expedition of 1963.

The mountain is 28 km from Qazi Deh village in Afghanistan, a journey of about five days. Qazi Deh is 280 km away from Kabul, Afghanistan; the easiest access to Noshaq is from Chitral, Pakistan which is linked to Islamabad by flights.

2 016 m
Prominence
Peak’s prominence is the least
vertical to be covered to get from the
summit to any other higher terrain. 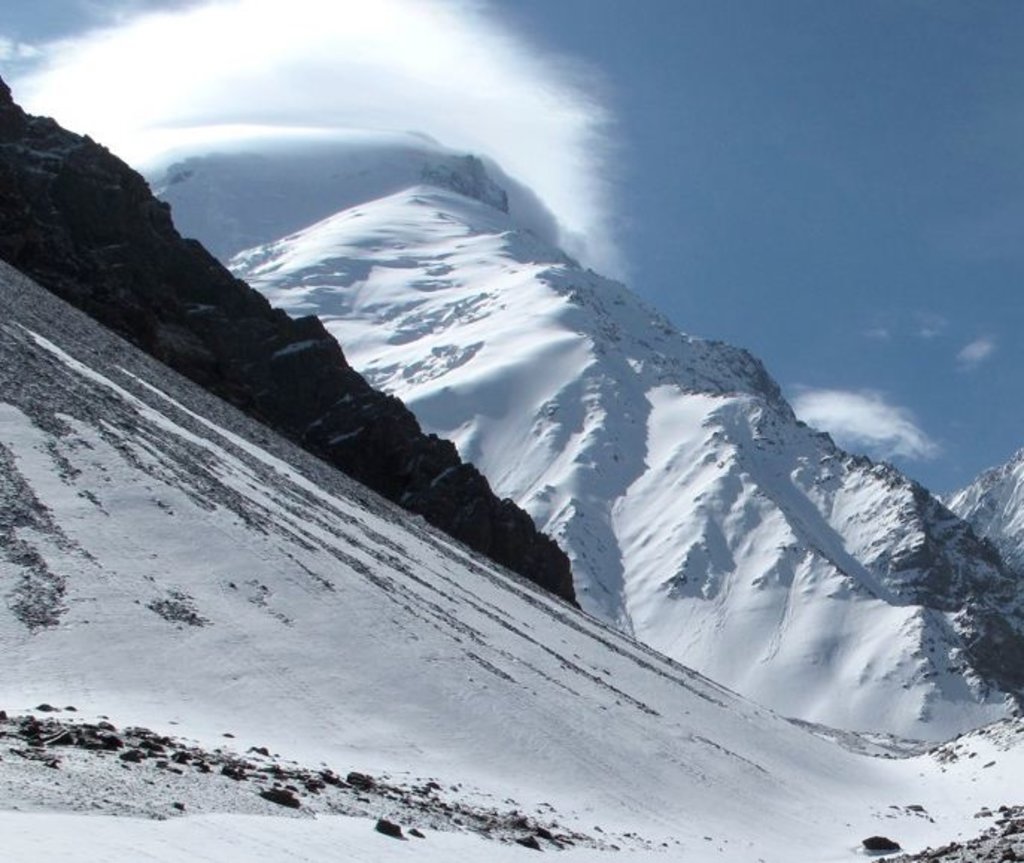