6 309 m
Elevation
Elevation is the altitude of a place
above sea level.

1 210 m
Prominence
Peak’s prominence is the least
vertical to be covered to get from the
summit to any other higher terrain.

The mountain was first surveyed by T. G. Longstaff in 1907. Eric Shipton surveyed it from the west in 1931. The first serious attempt to reach the summit was made by B. R. Goodfellow and J. Buzzard (UK) in 1944. Finally, a Swiss team under André Roch made the first ascent in 1947 via the east ridge.

The first Indian ascent was made in 1960. This expedition was organized by the Himalayan Institute (later named the Himalayan Association) of Kolkata under the leadership of Sukumar Roy and patronised by Ashok Sarkar of the Anandabazar Patrika. The approach was made via the east ridge, and the summit was reached on 22 October 1960. Summiters were Sukumar Roy and Nima Tashi. Other team members included Dilip Banerjee, Nimai Bose, Dhruba Majumder, Bishwadeb Biswas,sport journalist Gour Kishore Ghosh and Pemba Norbu.

Subsequent successful expeditions were conducted in 1977 and 1980. 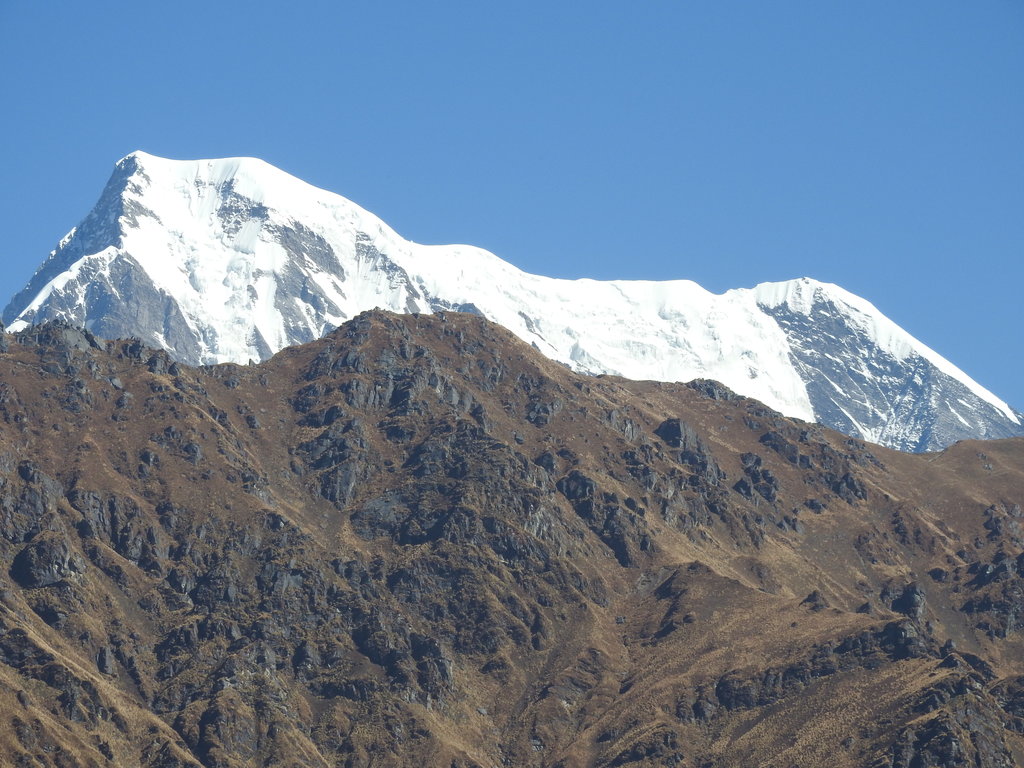