1 588 m
Elevation
Elevation is the altitude of a place
above sea level.

510 m
Prominence
Peak’s prominence is the least
vertical to be covered to get from the
summit to any other higher terrain.

Proportional Prominence 1 016 m
Location
49.753017 N  -125.296561 W
Mount Washington is a mountain on the eastern edge of the Vancouver Island Ranges of British Columbia and the site of the popular Mount Washington Alpine Resort. It is located approximately 25 km (16 mi) from the Comox Valley.

The mountain was named after Rear Admiral John Washington, official Hydrographer, British Royal Navy, by Captain George Richards while charting the West Coast in the 1860s.

In the summer, Mount Washington has many trails for mountain bikers, and offers scenic chair lifts and hiking trails to visitors.

The following broadcasting stations have their transmitter sites on the east face of Mount Washington, facing out over the Comox Valley and Campbell River: 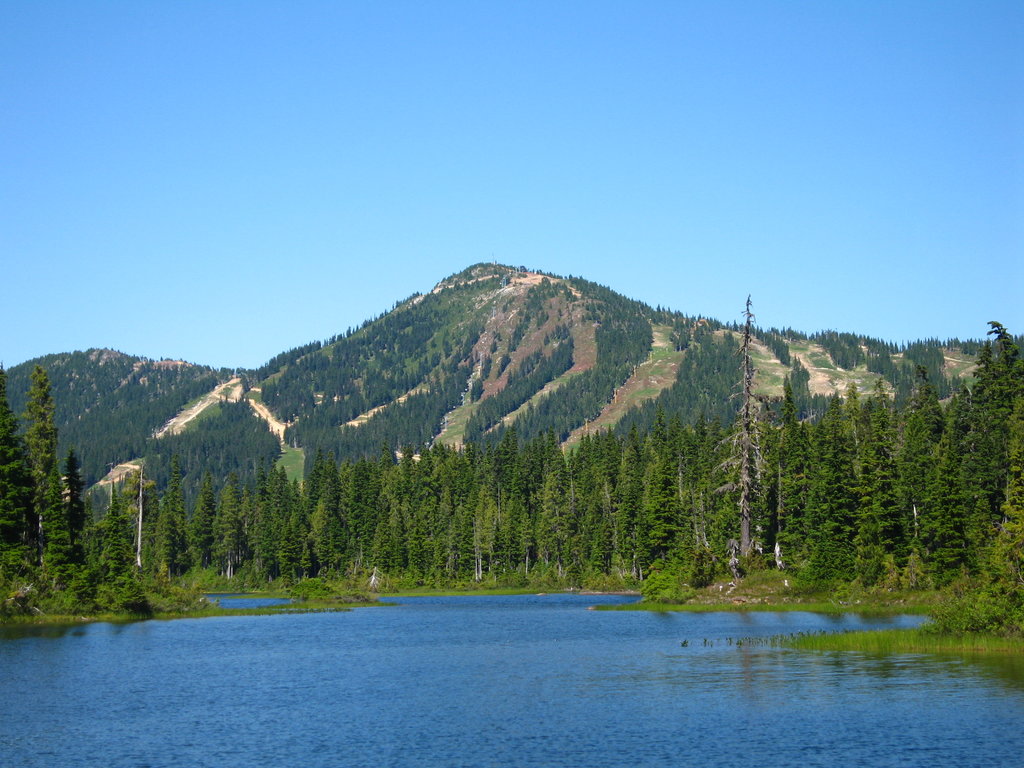 Whiskey Jack Chair
Start
1 186 m
End
1 466 m
All mountain lifts in region
Summit Register
See all
Lisa Stewart
Check out a downloadable 3D model of Mount Washington area. A higher resolution model can be found in the PeakVisor mobile app.
Do you have photos of Mount Washington or know something about it? Please let us know!