5 621 m
Elevation
Elevation is the altitude of a place
above sea level.

243 m
Prominence
Peak’s prominence is the least
vertical to be covered to get from the
summit to any other higher terrain.

Proportional Prominence 4 858 m
Volcano
Most commonly a conical hill or mountain built around a vent that connects with reservoirs of molten rock below the surface of the Earth.
Location
43.346736 N  42.453697 E
Mount Elbrus (Russian: Эльбру́с, tr. Elbrus; IPA: [ɪlʲˈbrus]; Karachay-Balkar: Минги тау, Miñi taw, IPA: [mɪˈŋːi taw]; Kabardian: Ӏуащхьэмахуэ, ’Wāśhamāxwa IPA: [ʔʷoːɕħɑmæːxʷo]; Georgian: იალბუზი, tr. Ialbuzi; Ossetian: Halbruz) is the highest mountain in Russia and in Europe, and the tenth most prominent peak in the world. A dormant volcano, Elbrus is in the Caucasus Mountains in Southern Russia, near the border with Georgia.

Elbrus has two summits, both of which are dormant volcanic domes. The taller west summit is 5,642 metres (18,510 ft);, the east summit is 5,621 metres (18,442 ft). The east summit was first ascended on 10 July 1829 (Julian calendar) by Khillar Khachirov, a Karachay guide for an Imperial Russian army scientific expedition led by General Emmanuel, and the west summit (by about 20 m; 66 ft) in 1874 by a British expedition led by F. Crauford Grove and including Frederick Gardner, Horace Walker, and the Swiss guide Peter Knubel of St. Niklaus.

While authorities differ on how the Caucasus are distributed between Europe and Asia, most relevant modern authorities define the continental boundary as the Caucasus watershed, placing Elbrus in Europe due to its position on the north side in Russia.
There's a difficult alpine trail (T6) leading to the summit. 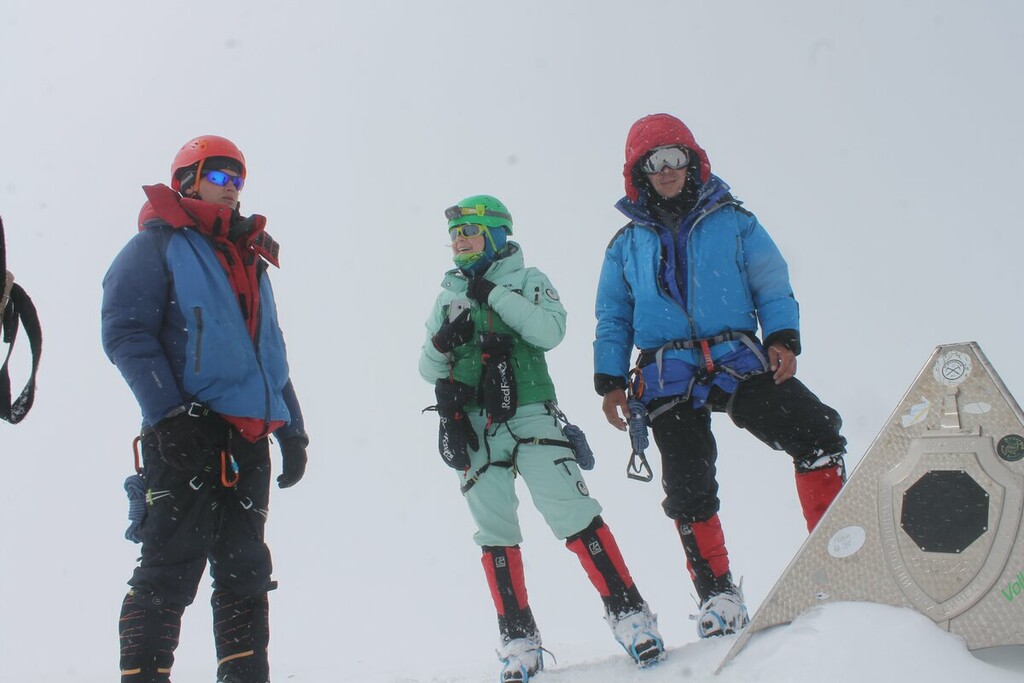 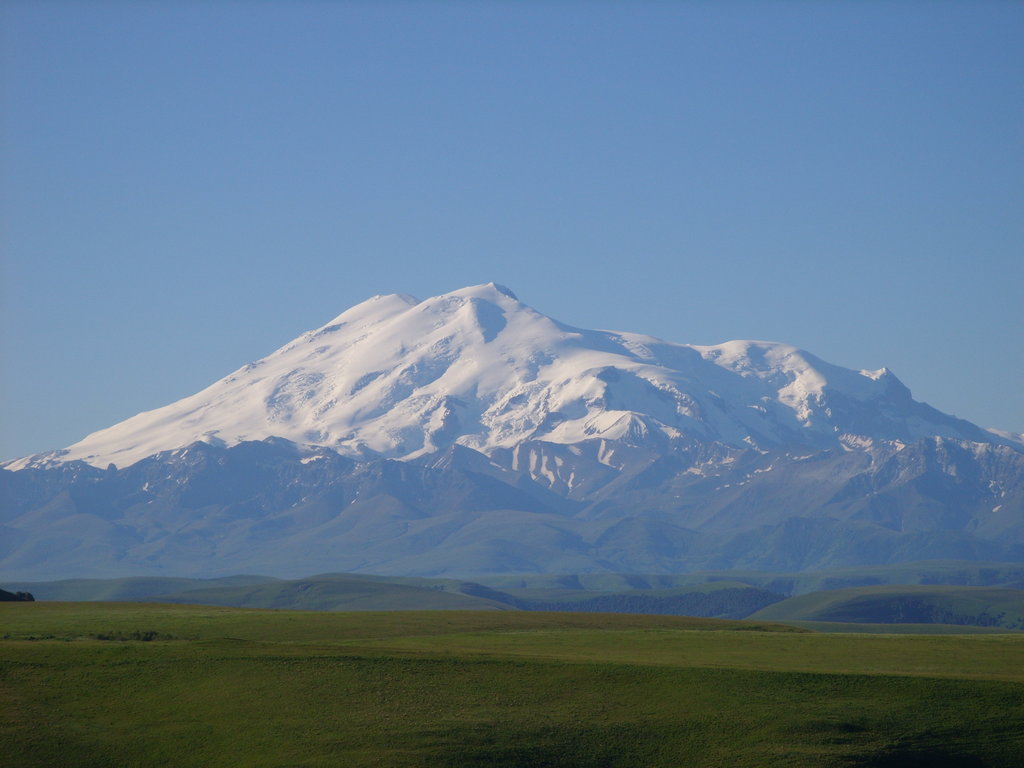 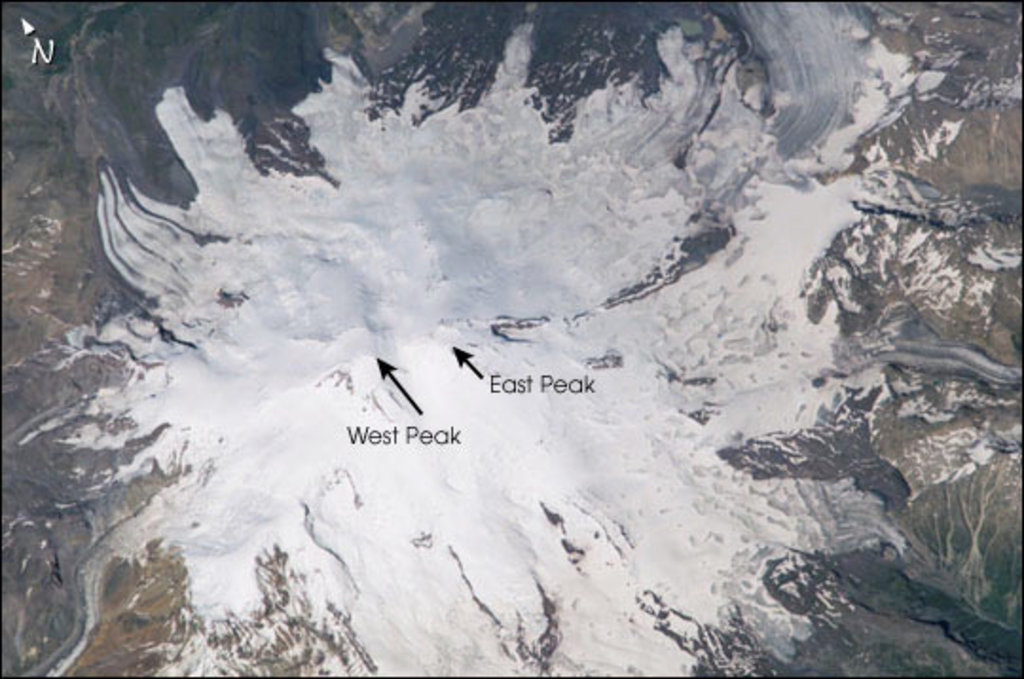 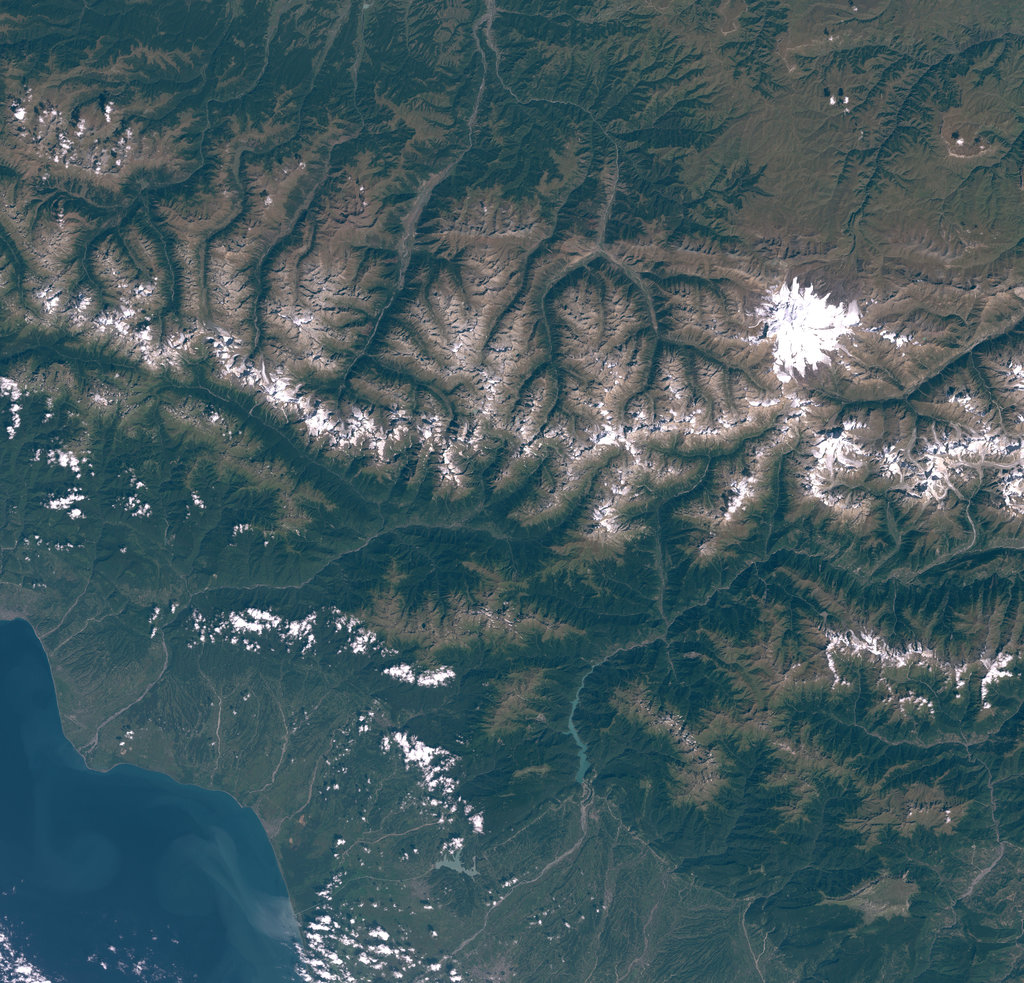 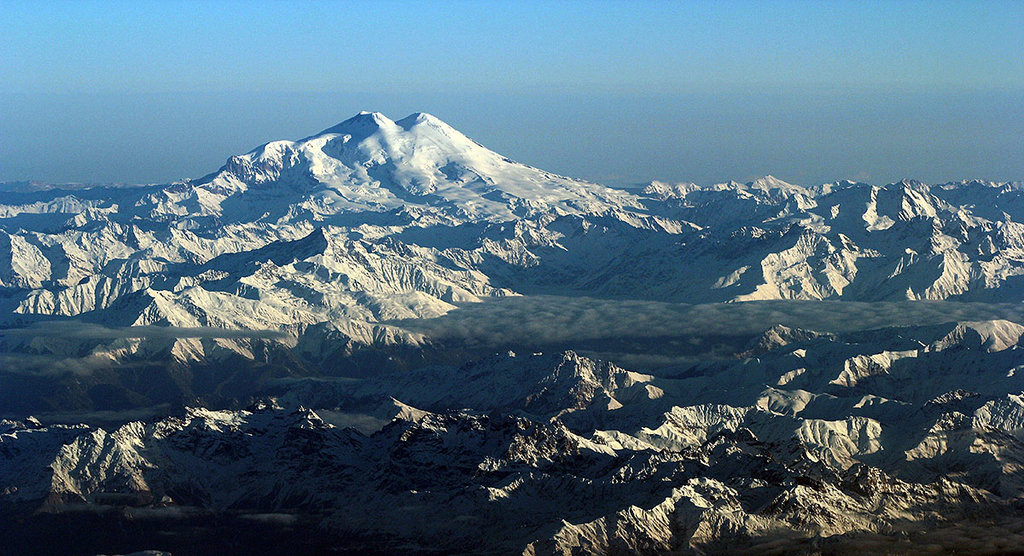 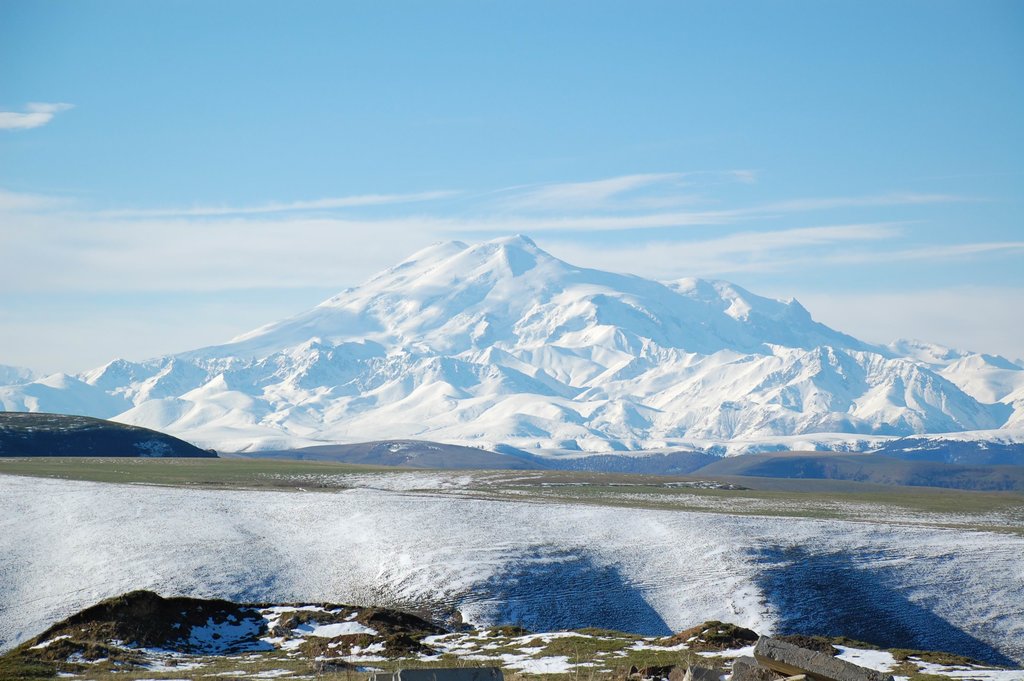 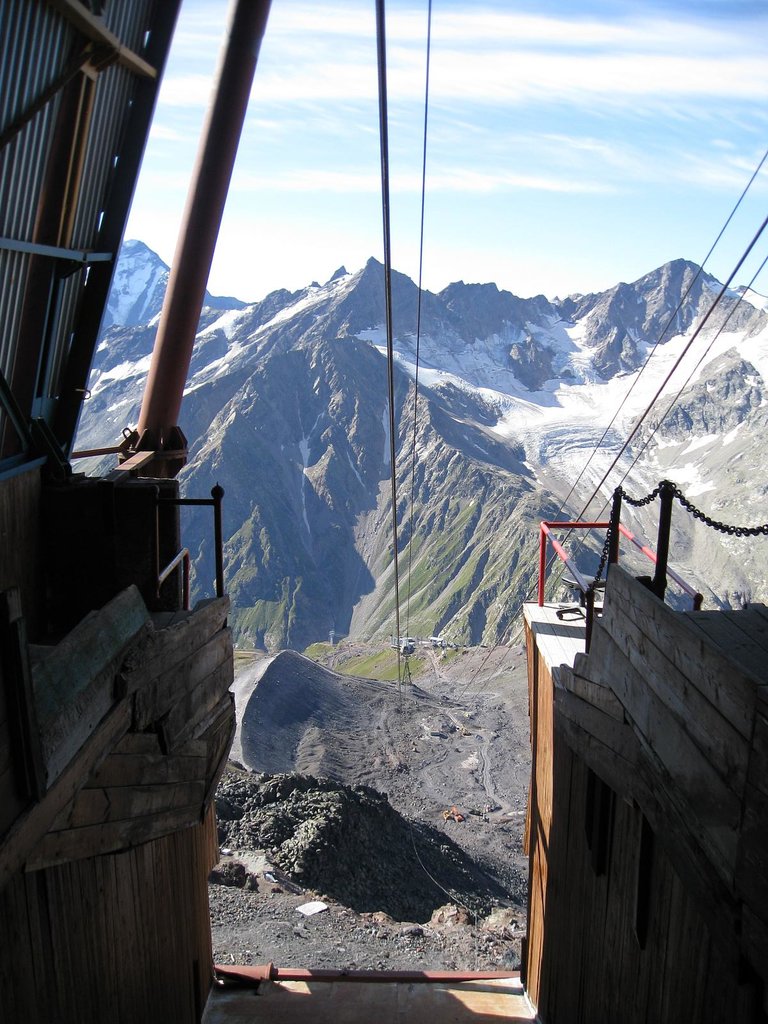