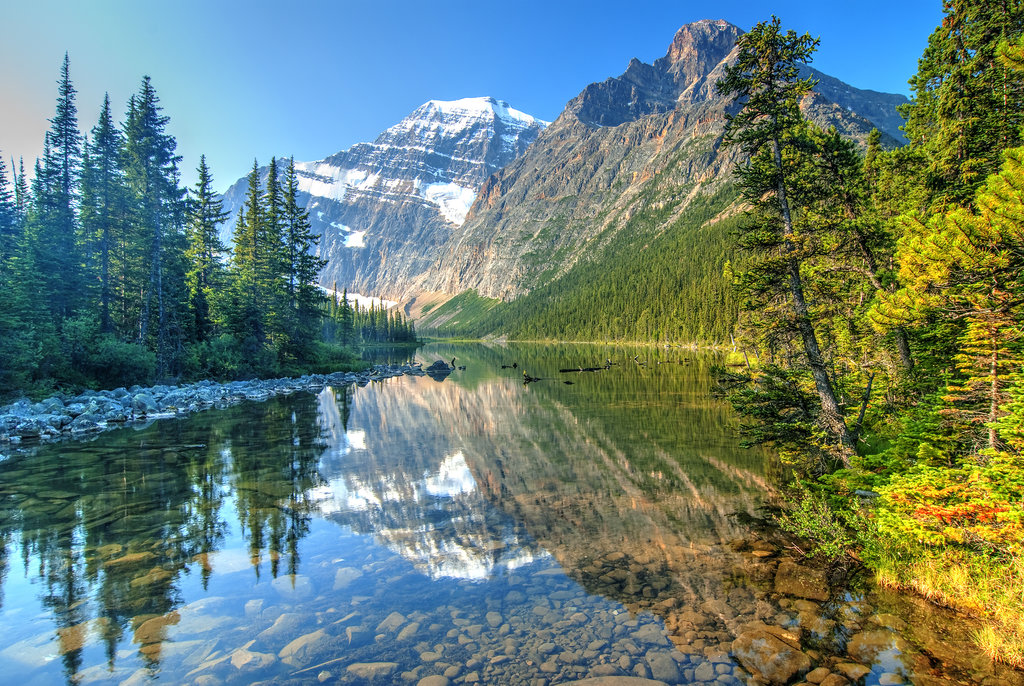 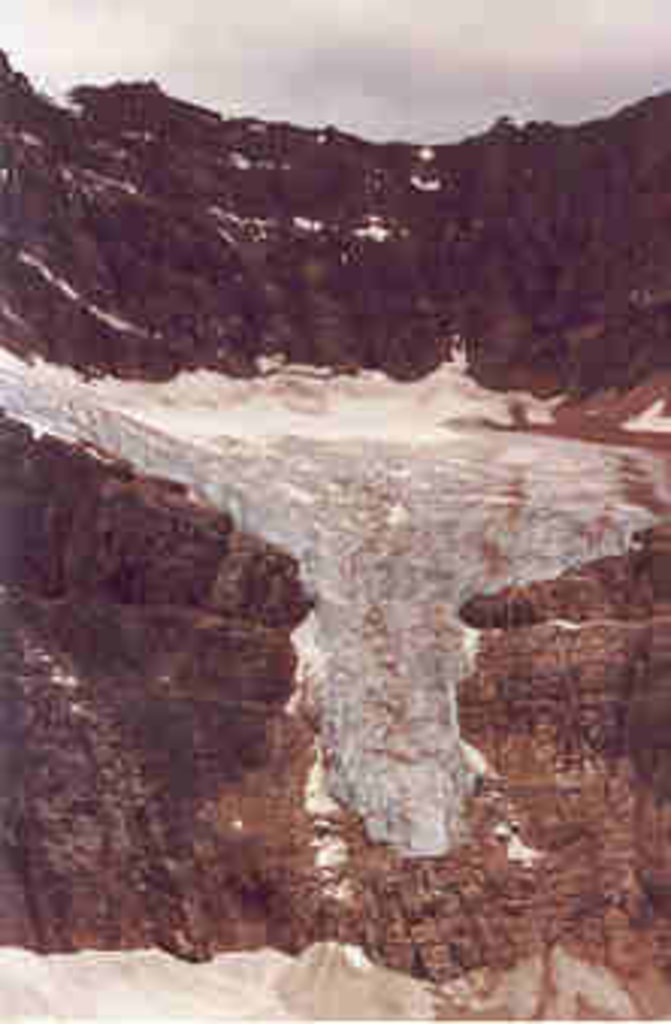 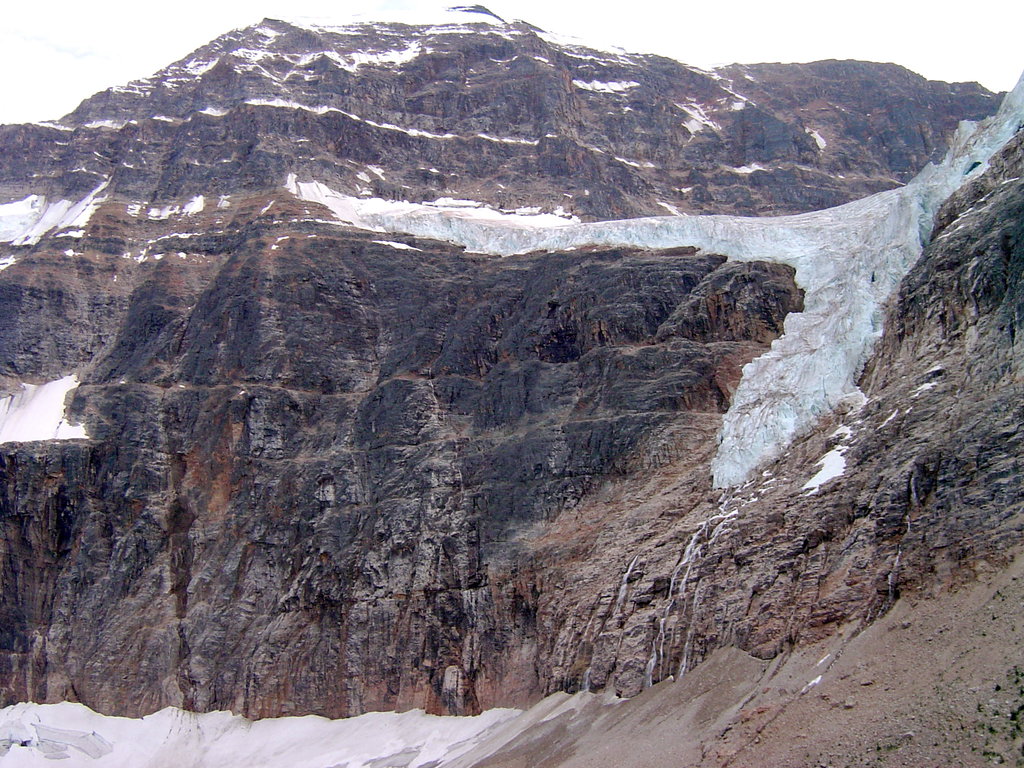 2 icons
Add button
3 363 m
Elevation
Elevation is the altitude of a place
above sea level.

1 963 m
Prominence
Peak’s prominence is the least
vertical to be covered to get from the
summit to any other higher terrain.

Mount Edith Cavell is a mountain located in the Athabasca River and Astoria River valleys of Jasper National Park, and the most prominent peak entirely within Alberta.

The mountain was named in 1916 for Edith Cavell, an English nurse executed by the Germans during World War I for having helped Allied soldiers escape from occupied Belgium to the Netherlands, in violation of German military law. It was previously known as la montagne de la Grande traversée (the Mountain of the Great Crossing) because it stands above Athabasca Pass.

A close-up view of the north face of Mount Edith Cavell is visible after a short hike to Cavell Meadows. The trailhead is by the parking lot at the end of Mount Edith Cavell Road. The trail to the meadows is 3.8 kilometres (2.4 mi) one way, rising 370 metres (1,214 ft) to 2,135 metres (7,005 ft). The Canadian Rockies Trail Guide describes the trail in detail.

The hanging Angel Glacier is visible from Cavell Meadows, which spills over a 300 metres (984 ft) cliff on the north face.

It is believed that the world's largest glacial erratic, called Big Rock, located near Okotoks, Alberta, was once part of Mount Edith Cavell. The erratic was formed approximately ten thousand years ago when a large portion of quartzite stone was stripped away from the mountain along with the receding Athabasca River Valley glacier.
There's a difficult alpine trail (T6) called Mount Edith Cavell Route leading to the summit.