644 m
Elevation
Elevation is the altitude of a place
above sea level.

47 m
Prominence
Peak’s prominence is the least
vertical to be covered to get from the
summit to any other higher terrain.

After European settlement in the region, the range was used as a major source of timber for Melbourne. The ranges were popular with day-trippers from the 1870s onwards. Much of the Dandenongs were protected by parklands as early as 1882 and by 1987 these parklands were amalgamated to form the Dandenong Ranges National Park, which was subsequently expanded in 1997. The range receives light to moderate snow falls a few times in most years, frequently between late winter and late spring.

Today, the Dandenongs are home to over 100,000 residents and is popular amongst visitors, many of who stay for the weekend at the various Bed & Breakfasts throughout the region. The popular Puffing Billy Railway, a heritage steam railway, runs through the southern parts of the Dandenongs.
There's a trail leading to the summit. 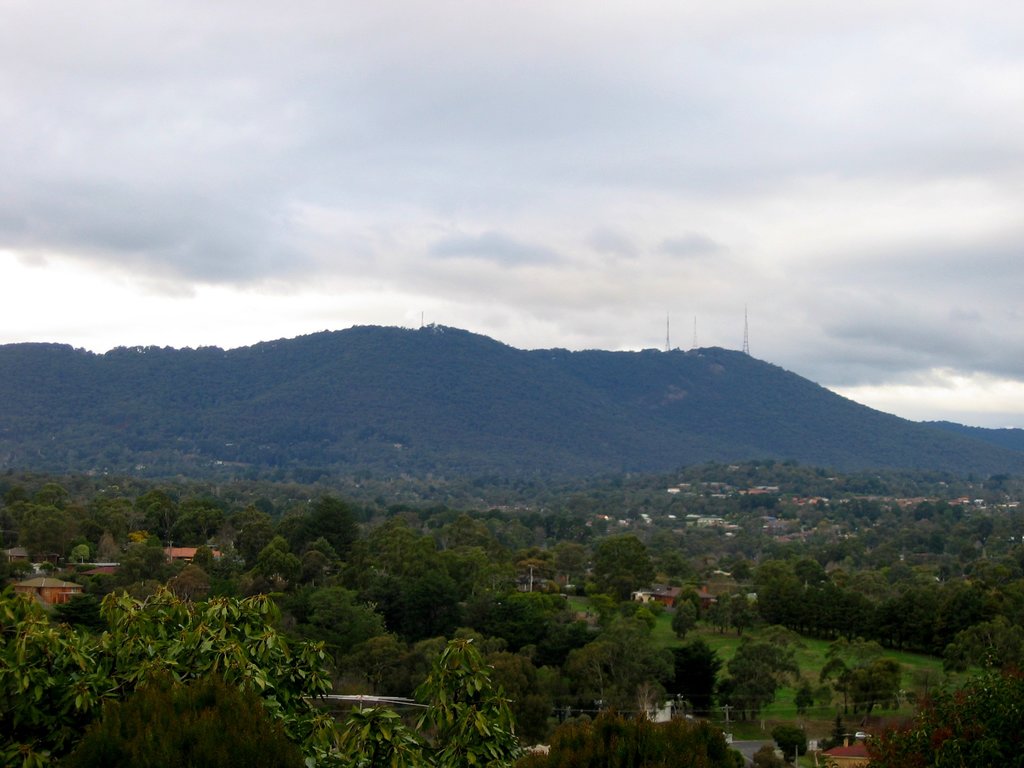