222 m
Elevation
Elevation is the altitude of a place
above sea level.

78 m
Prominence
Peak’s prominence is the least
vertical to be covered to get from the
summit to any other higher terrain.

Proportional Prominence 85 m
Location
37.469031 N  -88.689543 W
Millstone Bluff is a natural bluff in Pope County, Illinois, United States, located near the community of Glendale. Listed on the National Register of Historic Places because of its archaeological significance, Millstone Bluff is one of three National Register sites in Pope County, along with the Golconda Historic District and part of the Kincaid Mounds State Historic Site.

The bluff is home to a prehistoric Native American settlement used by Mississippian cultures. The settlement site is little more than depressions sitting atop the bluff, which lies within the Shawnee National Forest. The United States Forest Service controls an interpretive trail to the site. Aside from the remains of the Mississippian settlement, the bluff contains a prehistoric stone box cemetery, a rock art site, and a Late Woodland stone fort.

Petroglyphs at this site include two thunderbirds, pipes, axes, a spider-like creature, turkey tracks, a humanoid form, and the cross and circle motif common to other petroglyph sites in southern Illinois.
There's a trail called Millstone Bluff Trail leading to the summit. 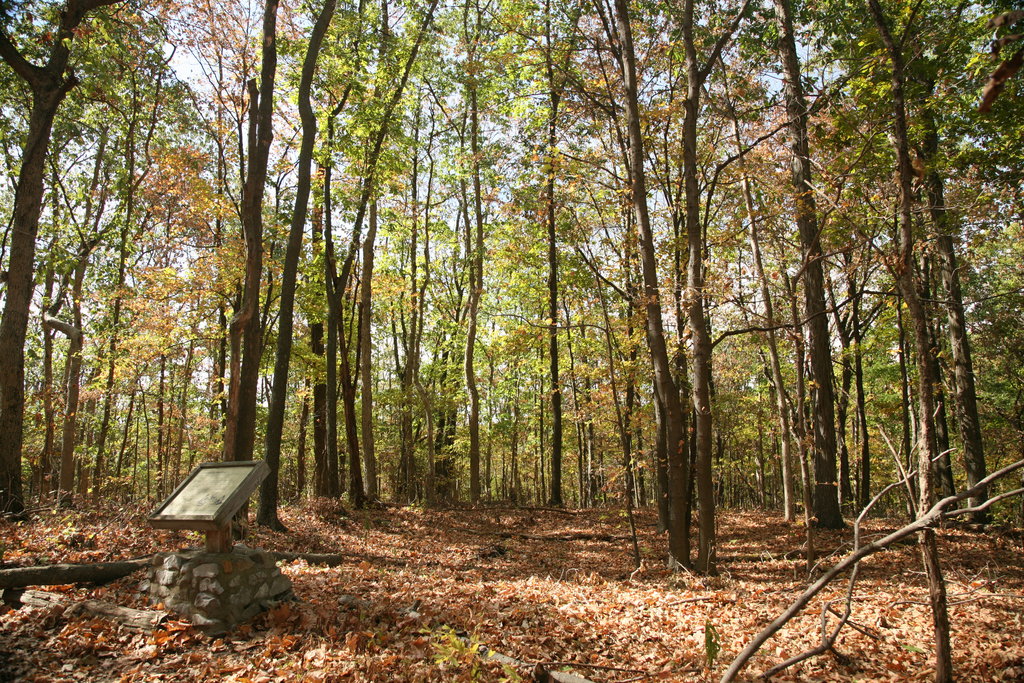 37.465278 N   -88.733056 W
Nearest Higher Neighbor
Johnson Ridge - 4.0 km W
El: 226 m / Prom: 36 m
Check out a downloadable 3D model of Millstone Bluff area. A higher resolution model can be found in the PeakVisor mobile app.
Do you have photos of Millstone Bluff or know something about it? Please let us know!