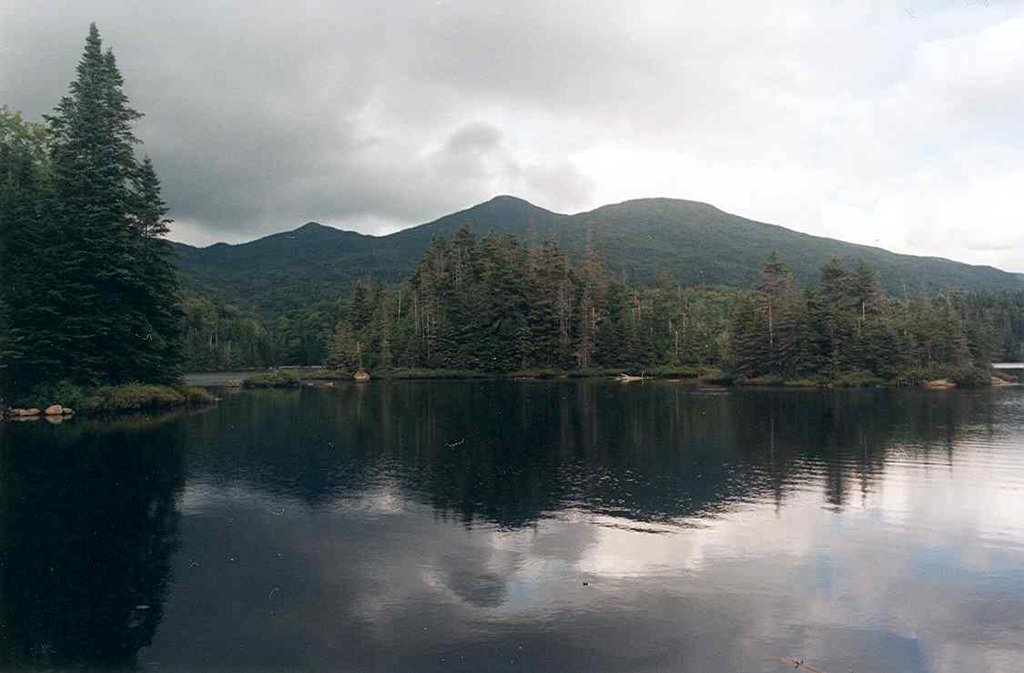 Add photo
1 214 m
Elevation
Elevation is the altitude of a place
above sea level.

257 m
Prominence
Peak’s prominence is the least
vertical to be covered to get from the
summit to any other higher terrain.

MacNaughton Mountain is a mountain located in Essex County, New York, named after James MacNaughton (1851–1905), the grandson of Archibald McIntyre. The mountain is part of the Street Range of the Adirondack Mountains.

The western slopes and north end of MacNaughton Mountain drain into Preston Ponds and Duck Hole pond, the source of the Cold River, which drains into the Raquette River, the Saint Lawrence River in Canada, and into the Gulf of Saint Lawrence. The eastern slopes and south end of MacNaughton Mtn. drain into the southern Indian Pass Brook, thence into Henderson Lake, the source of the Hudson River, and into New York Bay.

According to early surveys, MacNaughton Mountain's elevation was 3,976 ft (1,212 m), short of the 4,000 ft needed to qualify it as one of the Adirondack High Peaks. According to the 1953 survey, the mountain did reach that height, while four of the 46 peaks on the list fell short. However, the list was kept the same because those were the original 46. Since then, a survey has measured the elevation at exactly 3,983 ft (1,214 m).