636 m
Elevation
Elevation is the altitude of a place
above sea level.

496 m
Prominence
Peak’s prominence is the least
vertical to be covered to get from the
summit to any other higher terrain.

Proportional Prominence 568 m
TGO40
The Great Outdoors Britain's 40 Finest Mountains.
Location
53.384421 N  -1.871639 W
Kinder Scout is a moorland plateau and National Nature Reserve in the Dark Peak of the Derbyshire Peak District in England. Part of the moor, at 636 metres (2,087 ft) above sea level, is the highest point in the Peak District, the highest point in Derbyshire, and the highest point in the East Midlands. In excellent weather conditions the city of Manchester and the Greater Manchester conurbation can be seen, as well as Winter Hill near Bolton, and the mountains of Snowdonia in North Wales.

To the north across the Snake Pass lie the high moors of Bleaklow and Black Hill, which are of similar elevation.

Kinder Scout featured on the BBC television programme Seven Natural Wonders (2005) as one of the wonders of the Midlands, though Kinder Scout is considered by many to be in Northern England, lying between the cities of Manchester and Sheffield.

The history and meaning of the name have been studied by Broderick. In chronostratigraphy, the British sub-stage of the Carboniferous period, the 'Kinderscoutian' derives its name from Kinder Scout.
There's a hiking trail (T1) leading to the summit. 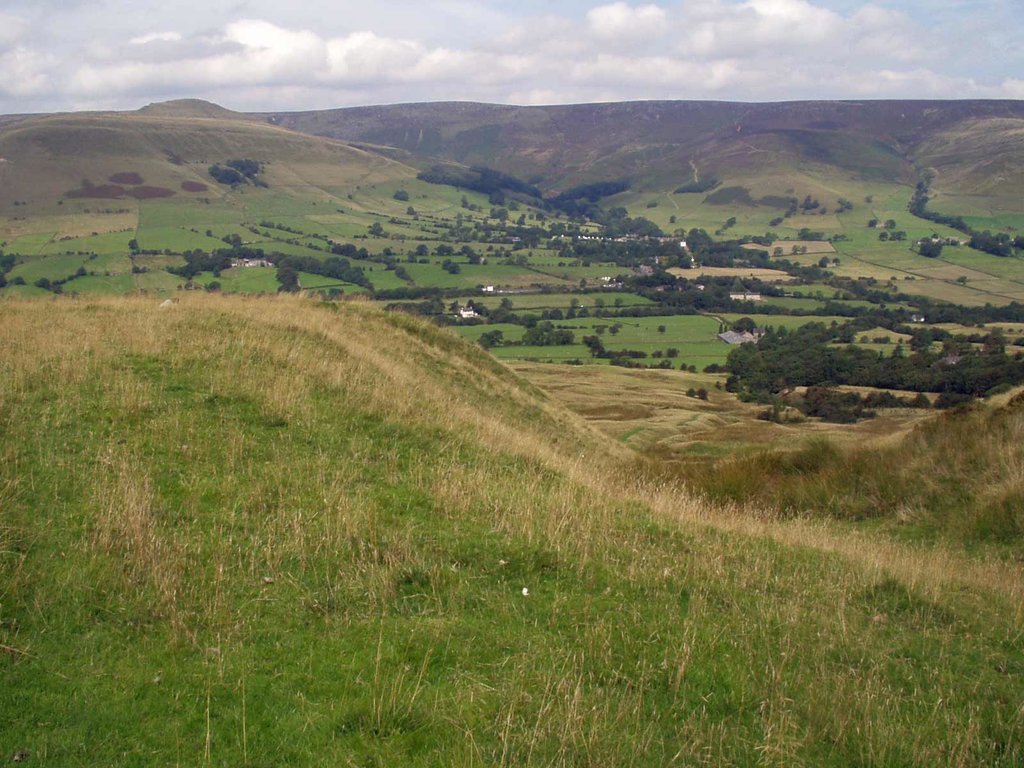 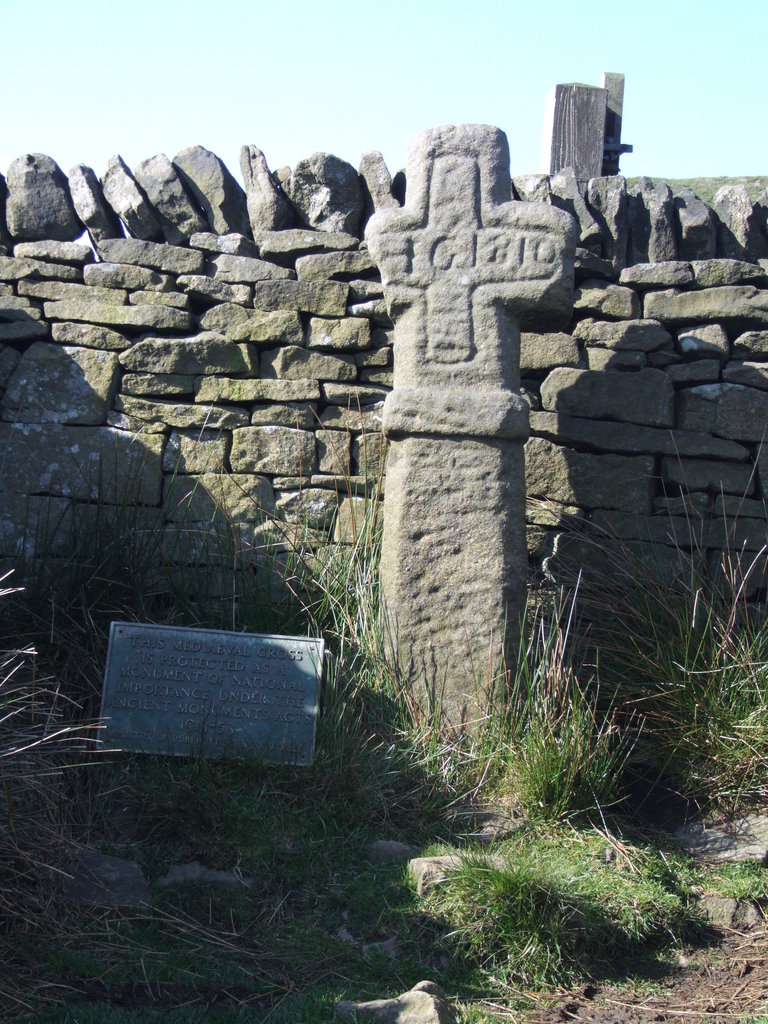 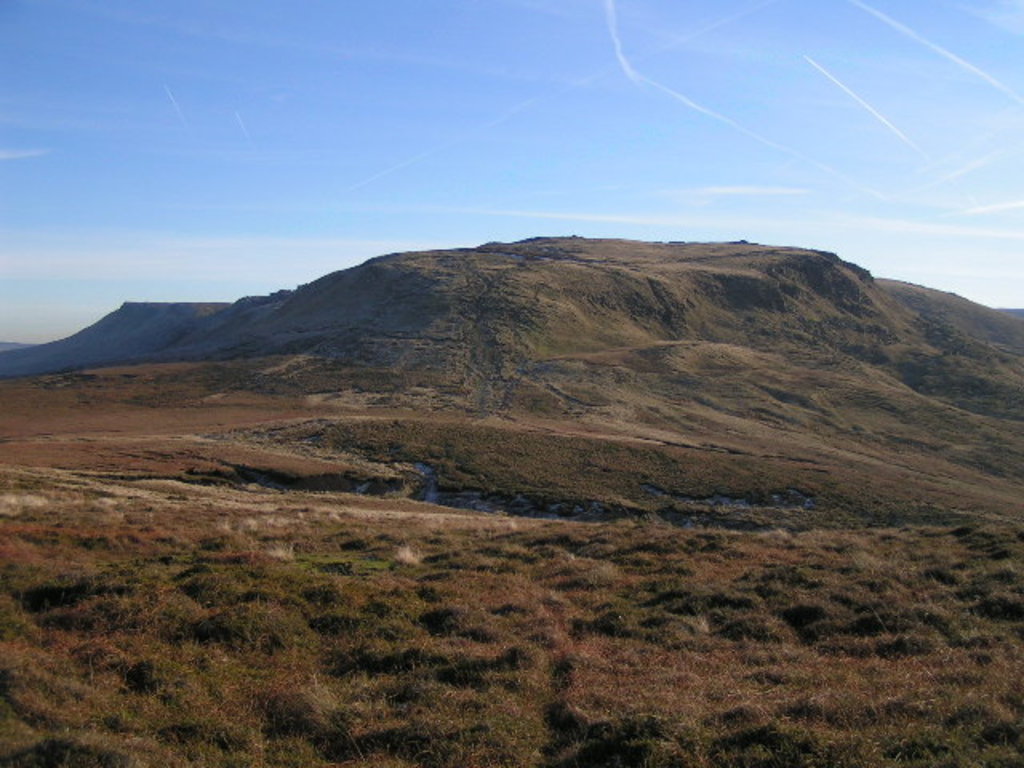