198 m
Elevation
Elevation is the altitude of a place
above sea level.

147 m
Prominence
Peak’s prominence is the least
vertical to be covered to get from the
summit to any other higher terrain.

Proportional Prominence 152 m
Location
50.630772 N  -1.98982 W
Nine Barrow Down is an elongated hill forming the northern ridge of the Purbeck Hills on the Isle of Purbeck in Dorset, England. The chalk down is part of the extensive Southern England Chalk Formation. The eastern end of the ridge, which carries the highest point, is also sometimes known as Godlingston Hill. The col of the railway cutting at Harman's Cross means that it has sufficient relative height that it qualifies as a Marilyn.

The hill has views to the north across Poole Harbour and to the south the other ridge of the Purbeck Hills, including Swyre Head. To the south-east Swanage and its Bay can be seen. Along the ridge there are nine barrows — stone age burial mounds — hence the name.

Until recently the hill was topped with a trig point, but this has been removed by the farmer with the permission of Ordnance Survey: the trig point and its concrete base can be seen on its side just to the south of the bridleway. The highest point is within a field marked "No public access".

Ecologically the ridge is largely calcareous grassland grazed by cattle, sheep and rabbits, with limited arable use. It is also the site for the 2 kW Heart South Coast Transmitter on 102.3 and for the NOW Digital Multiplexes.
There's a trail leading to the summit. 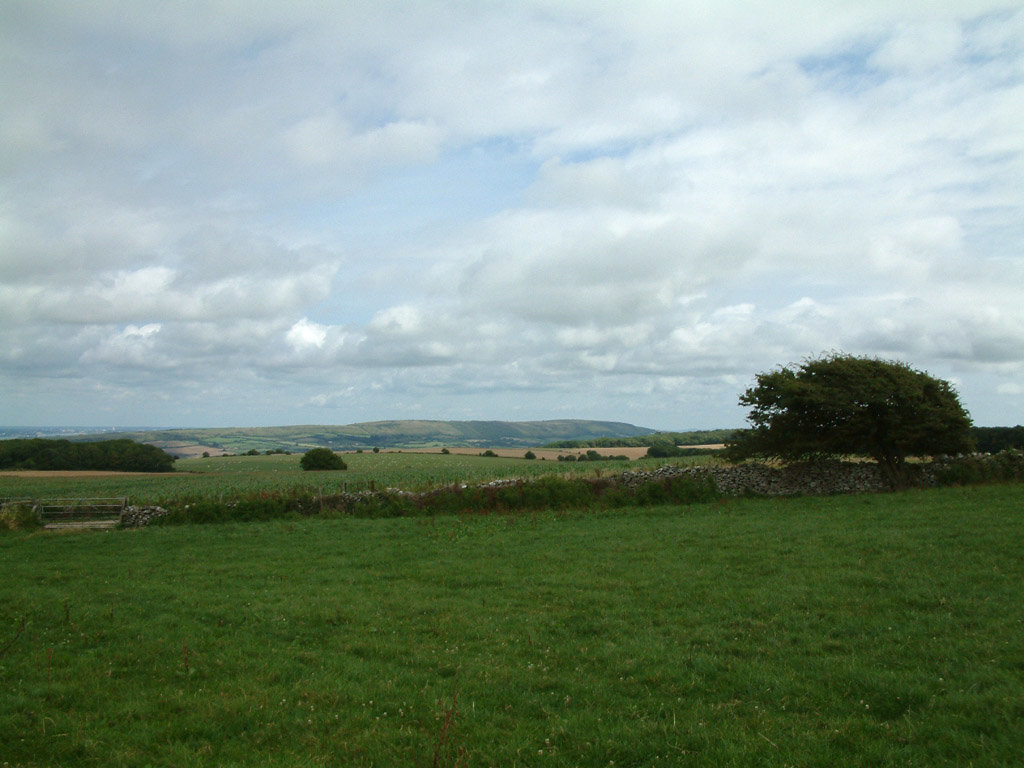 50.606389 N   -2.094722 W
Nearest Higher Neighbor
Swyre Head - 7.9 km WSW
El: 203 m / Prom: 144 m
Check out a downloadable 3D model of Godlingston Hill area. A higher resolution model can be found in the PeakVisor mobile app.
Do you have photos of Godlingston Hill or know something about it? Please let us know!