163 m
Elevation
Elevation is the altitude of a place
above sea level.

70 m
Prominence
Peak’s prominence is the least
vertical to be covered to get from the
summit to any other higher terrain.

James Christopher Driskill, the person for whom Driskill Mountain was named, was born in Henry County, Georgia, on June 27, 1817. In 1840, he married the former Eugenia Irwin Walker. In October 1859, Driskill sold his land in Troup County, Georgia, and moved his family, which by then consisted of his wife, eight boys, and one girl, to Louisiana. By December 1859, Driskill had purchased in Louisiana 324 acres (1.31 km2), which included Driskill Mountain. During the American Civil War, Driskill served in the Home Guard. His eldest son, William B. Driskill, was killed in action at the Battle of the Wilderness in Virginia on May 5, 1864. Another one of his sons, James B. Driskill, disappeared after he had left Louisiana to fight in the Civil War. Except for one son and daughter, Driskill's family remained in Bienville Parish, and his descendents still live in the area.

One may walk the trail to the top and sign the logbook located in an army box. A large pile of rocks marks the high point.
There's a trail called Driskill Mountain Trail leading to the summit. 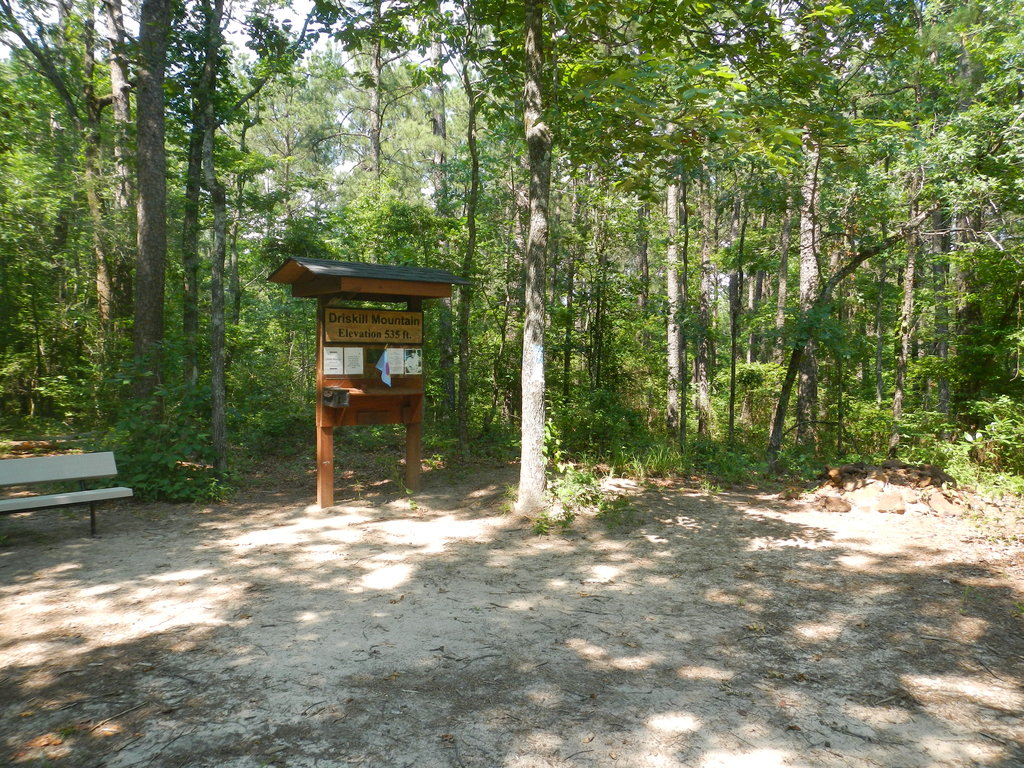 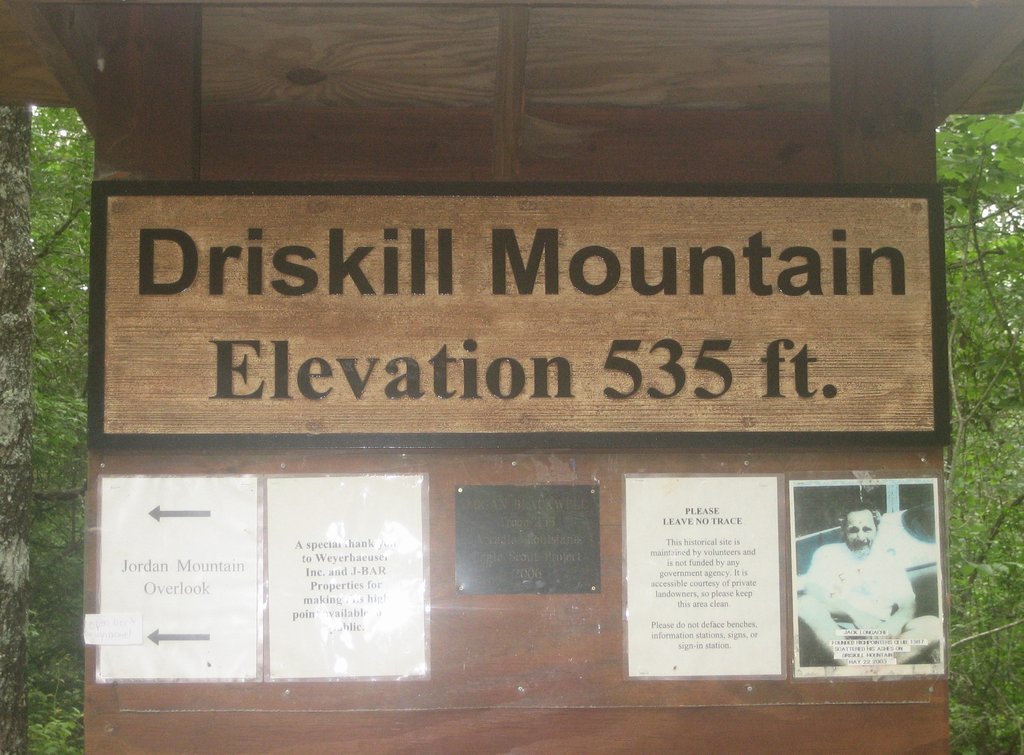 31.689167 N   -94.085278 W
Nearest Higher Neighbor
Big Hill - 139.0 km WSW
El: 171 m / Prom: 56 m
Check out a downloadable 3D model of Driskill Mountain area. A higher resolution model can be found in the PeakVisor mobile app.
Do you have photos of Driskill Mountain or know something about it? Please let us know!