175 m
Elevation
Elevation is the altitude of a place
above sea level.

Location
55.950856 N  -3.272438 W
Corstorphine Hill is one of the hills of Edinburgh, Scotland, named for nearby Corstorphine. There are traditionally said to be seven hills in Edinburgh in reference to the Seven hills of Rome, but this figure is debatable, and as the city has expanded, even more so. It is a long ridge shaped hill, mostly forested ("Corstorphine Woods") with broad leaves, and has extensive development on its south side, including Edinburgh Zoo. Much housing has been built on the lower slopes, and houses in other parts of the city have been built using stone quarried from Corstorphine Hill.

Barnton Quarry, at the north end of the hill, was the site of a war-time radar station and cold-war nuclear bunker. Part of the hill is adjacent to the neighbourhood of Clerwood where there is a walled garden (55°57′0.47″N 3°16′36.89″W); it was featured on the BBC TV programme The Beechgrove Garden and it was awarded the first Green Pennant Award in Scotland in July 2009. On the east slope is Murrayfield Golf Course and the suburb of Craigcrook.

On the top are two radio masts, and also a tower dedicated to Sir Walter Scott. There is also some evidence of ancient settlement here, possibly a hillfort of some kind. Cup marks have been found on the hill.

The Corstophine Hill Local Nature Reserve is now part of the Edinburgh section of the extended John Muir Way.
There's a trail leading to the summit. 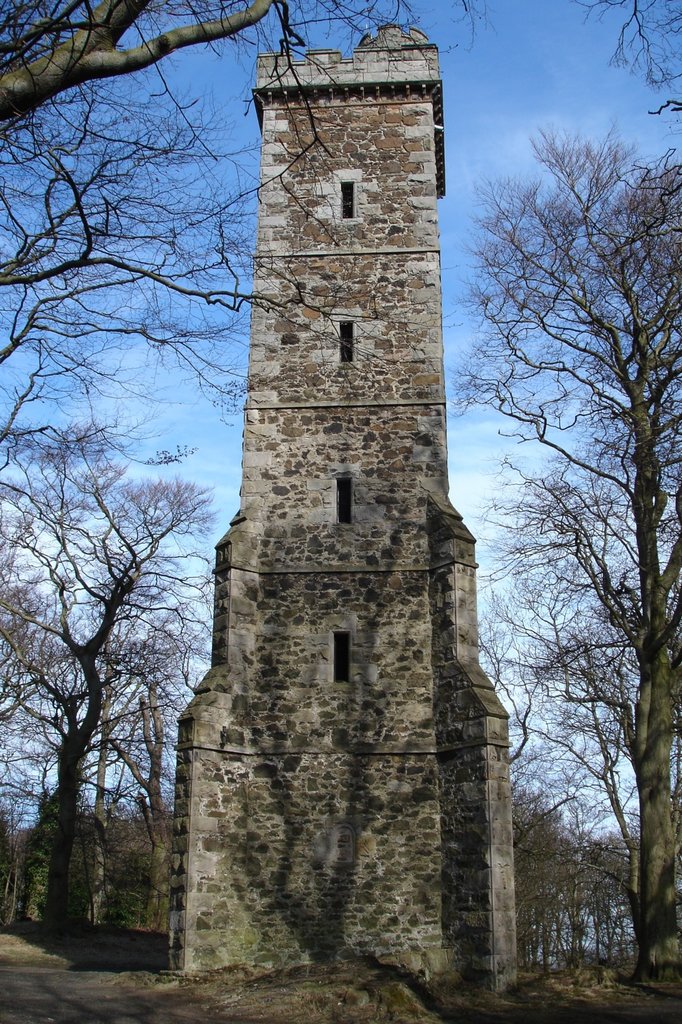