467 m
Elevation
Elevation is the altitude of a place
above sea level.

Proportional Prominence 50 m
Location
52.391293 N  -2.583493 W
Cleehill is a village in south Shropshire, England. It is sometimes written as Clee Hill Village (including the road sign entering the village) to avoid confusion. It lies in the civil parish of Caynham. The market towns of Ludlow and Cleobury Mortimer are both 5.5 miles (8.9 km) distant, Ludlow to the west and Cleobury to the east.

It lies on the slope of Titterstone Clee Hill and, lying between 1,120 feet (340 m) and 1,250 feet (380 m) above sea level, it is one of the highest settlements in the county. The village has Shropshire's highest school (the Clee Hill Community Primary School).

The A4117 runs through the village and there is a cattle grid stretching over this major thoroughfare due to the road running across common land. The road reaches an elevation of 1,250 feet (380 m) as it passes Titterstone Clee Hill just to the east of the village, and is often affected by snow in winter. The B4214 road to Tenbury Wells starts at a junction with the A4117 in the village.

Cleehill has a pub (the Golden Cross), a small convenience store and post office, a florist's shop, a fish and chips take-a-way and a bakery with a cafe. Until it closed in 2015, Shropshire's highest public house, at 1,300 feet (400 m), was The Kremlin (previously the Craven Arms), located on the upper slopes of the village.

The village has a football club called Clee Hill United, who play their home games at Knowle Sports Ground, the highest venue in the Mercian Regional Football League at an elevation of 950 feet (290 m).

There is a public car park by the A4117, which affords a considerable view over the Teme valley below and further into the counties of Herefordshire and Worcestershire. At the car park is a toposcope and other information boards. There are also public conveniences.

The 2L bus service (Ludlow-Cleobury-Bewdley-Kidderminster) calls at Cleehill, providing a regular service Monday to Saturday.
There's a trail leading to the summit. 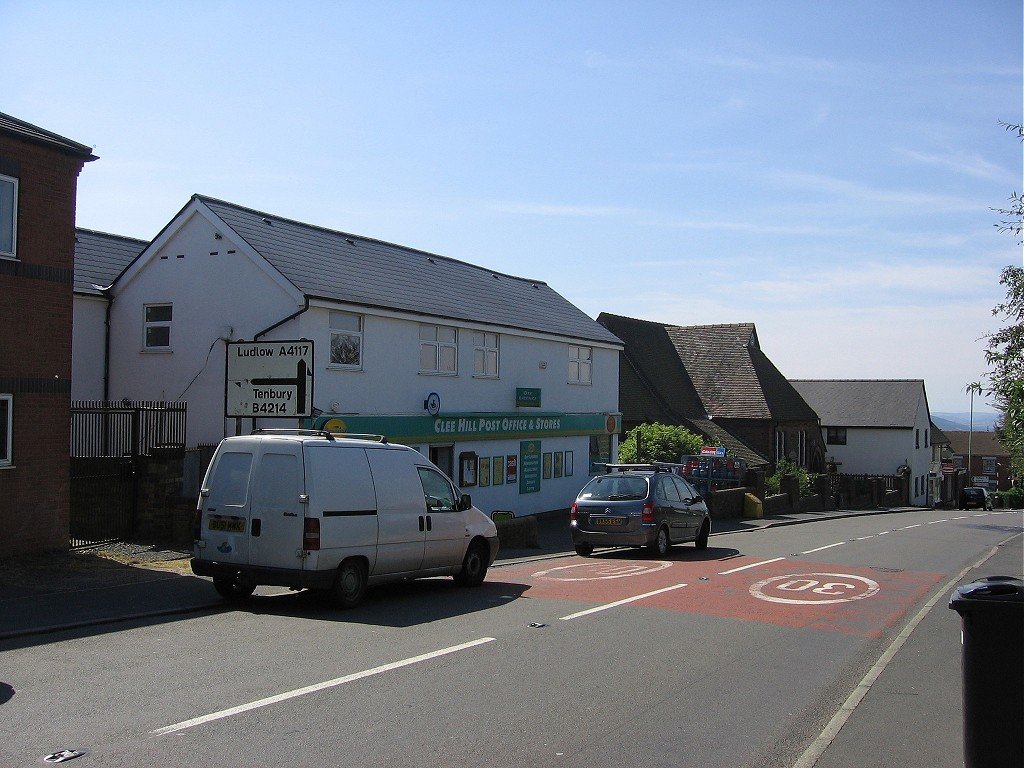