459 m
Elevation
Elevation is the altitude of a place
above sea level.

152 m
Prominence
Peak’s prominence is the least
vertical to be covered to get from the
summit to any other higher terrain.

Proportional Prominence 321 m
Location
52.553567 N  -2.772197 W
Caer Caradoc (Welsh - Caer Caradog, the fort of Caradog) is a hill in the English county of Shropshire. It overlooks the town of Church Stretton and the village of All Stretton and offers panoramic views to the north towards The Wrekin, east to Wenlock Edge, and west over the nearby Long Mynd. On a clear day it is possible to see the hills of north-east Wales to the north, the high-rise buildings of Birmingham to the east, Worcester Beacon in the Malvern Hills to the south-east, and Hay Bluff in the Black Mountains, Wales and the peaks of the Brecon Beacons, to the south. Caer Caradoc is hill G/WB-006 in Summits on the Air. This Caer Caradoc is not to be confused with that 1 km to the west of Chapel Lawn village near Bucknell, Shropshire.

Caer Caradoc rises sharply and steeply up out of the narrow valley in which the town of Church Stretton is situated, known as the Stretton Gap. It is the highest point on a high, narrow, northeast–southwest "whaleback ridge", sometimes called a hogsback ridge. The Wrekin is a very similarly shaped hill and on the same alignment, some 10 miles (16 km) to the north-east. Caer Caradoc may be fairly easily climbed from Church Stretton town but the ascent/descent is steep; a more gentle climb is from the village of Cardington, which lies two miles (3 km) to the east. A good way of climbing Caer Caradoc is to do a linear walk from along the aforementioned ridge, including the nearby summits of Ragleth Hill and The Lawley to gain the best perspective on each. Otherwise, the ascent of the hill and return journey is a walk of some 7 miles (11 km), starting from the town.

The hill is volcanic in origin, like the Wrekin and other hills, formed of narrow ridges of resistant Pre-Cambrian rock thrust upwards by movements deep down along the Church Stretton fault. This fault runs from Staffordshire to South Wales and can be seen on Ordnance Survey maps as a line of springs on this hill.

The summit is crowned by an Ancient British Iron Age or late Bronze Age hill fort. It is this which the hill is named after - Caer Caradog in Welsh meaning Caradog's fort. Local legend has it that this was the site of the Battle of Caer Caradoc, the last stand of Caractacus against the Roman legions during the Roman conquest of Britain, and that after the battle he hid in the cave near its summit. Others say his last stand was in the locality but that this was one of his fortresses.

There's a hiking trail (T1) leading to the summit. 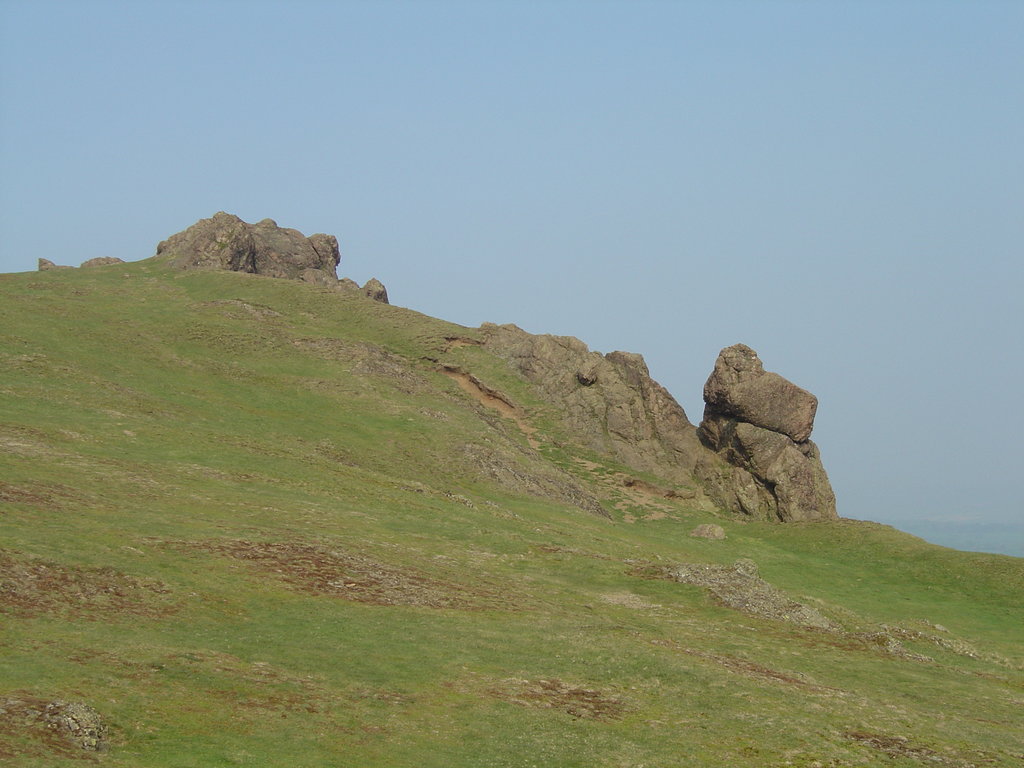 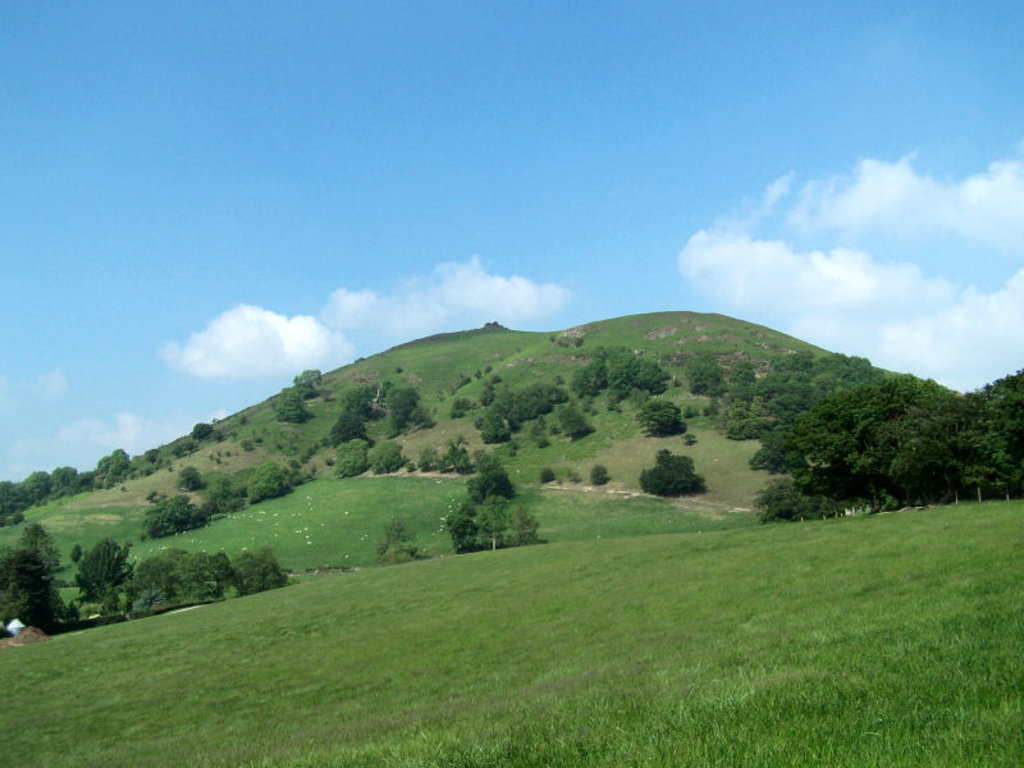 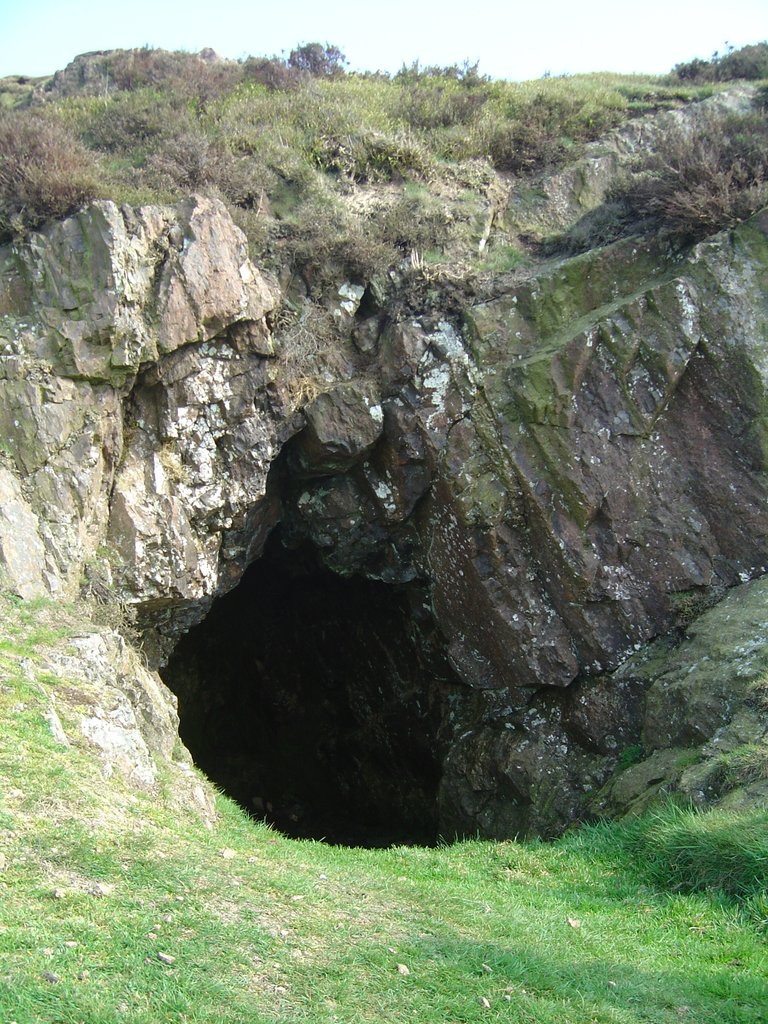 52.543056 N   -2.768611 W
Nearest Higher Neighbor
Hope Bowdler Hill - 1.2 km SSE
El: 465 m / Prom: 276 m
Check out a downloadable 3D model of Caer Caradoc area. A higher resolution model can be found in the PeakVisor mobile app.
Do you have photos of Caer Caradoc or know something about it? Please let us know!