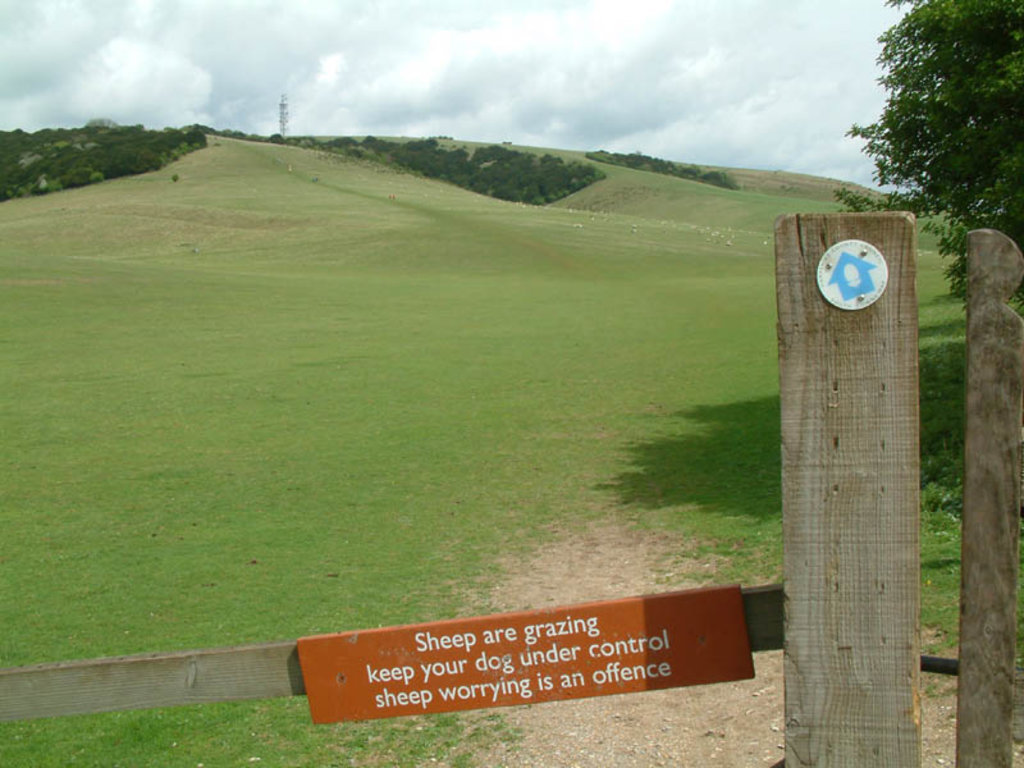 Add photo
270 m
Elevation
Elevation is the altitude of a place
above sea level.

144 m
Prominence
Peak’s prominence is the least
vertical to be covered to get from the
summit to any other higher terrain.

Butser Hill is a chalk hill and one of the highest points in Hampshire. It is also the highest point on the chalk ridge of the South Downs and the second highest point in the South Downs National Park after Blackdown in the Western Weald. Although only 271 metres (889 ft) high, it qualifies as one of England's Marilyns. It is located within the borders of the Queen Elizabeth Country Park, situated about three miles south of the historic market town of Petersfield, Hampshire.

The flat summit is surrounded by a number of spurs. Iron Age ditches and banks divide the spurs from the summit although the purpose of these earthworks is unclear.

There are aerial masts on the hill.

The hill was purchased by Hampshire County Council in 1966. Prior to the purchase the summit was used for growing wheat but now the only farming activity is grazing.

Most of the park, including Butser Hill, is designated a Site of Special Scientific Interest and since 1998 as a National Nature Reserve. At 2.312 square kilometres (0.893 sq mi) this is large when compared against other lowland terrestrial SSSIs and is the second largest area of calcareous grassland in Hampshire.

Butser Hill SSSI has been proposed by the Government as a Special Area of Conservation (SAC), recognising its importance from a European perspective. This is due to the rich variety of flora and fauna located upon the hill. Butser Hill is in the top twenty Hampshire chalk grassland sites for its rich vascular flora, and is the richest chalk grassland site in Hampshire in terms of its bryophyte (125 species) and lichen (82 species) flora. As well as this, over 30 species of butterfly have been recorded, including populations of Duke of Burgundy and the Silver-spotted Skipper, making the area an important conservation area for many butterfly species.

Butser Hill has also hosted entertainment events. Since 2007 it has hosted butserfest and has hosted various country fairs in the past.

There is an annual Fell Run called the Butser Hill Challenge that involves running up and down the hill three times.
There's a trail leading to the summit.