278 m
Elevation
Elevation is the altitude of a place
above sea level.

142 m
Prominence
Peak’s prominence is the least
vertical to be covered to get from the
summit to any other higher terrain.

Proportional Prominence 199 m
Location
50.849124 N  -2.316558 W
Bulbarrow Hill is a 274-metre (899 feet) hill near Woolland, five miles west of Blandford Forum and ten miles (16 km) north of Dorchester in Dorset, England. The chalk hill is part of the scarp of Dorset Downs, which form the western end of the Southern England Chalk Formation. Part of the hill is used for arable agriculture, but most is calcareous grassland. The hill overlooks the Blackmore Vale, and offers views of Dorset, Somerset, Wiltshire and Devon.

Rawlsbury Camp, a five acre Iron Age hill fort, is situated on a promontory of the hill. Little remains of the camp except the twin embankments and intermediate ditch which surrounded it. The hill gets its name from the several barrows that adorn the hill. Additionally, a medieval trackway crosses the ridge. A more recent addition is the twin radio transmitter towers used by the emergency services.

The hill is a popular launch site for paragliders. 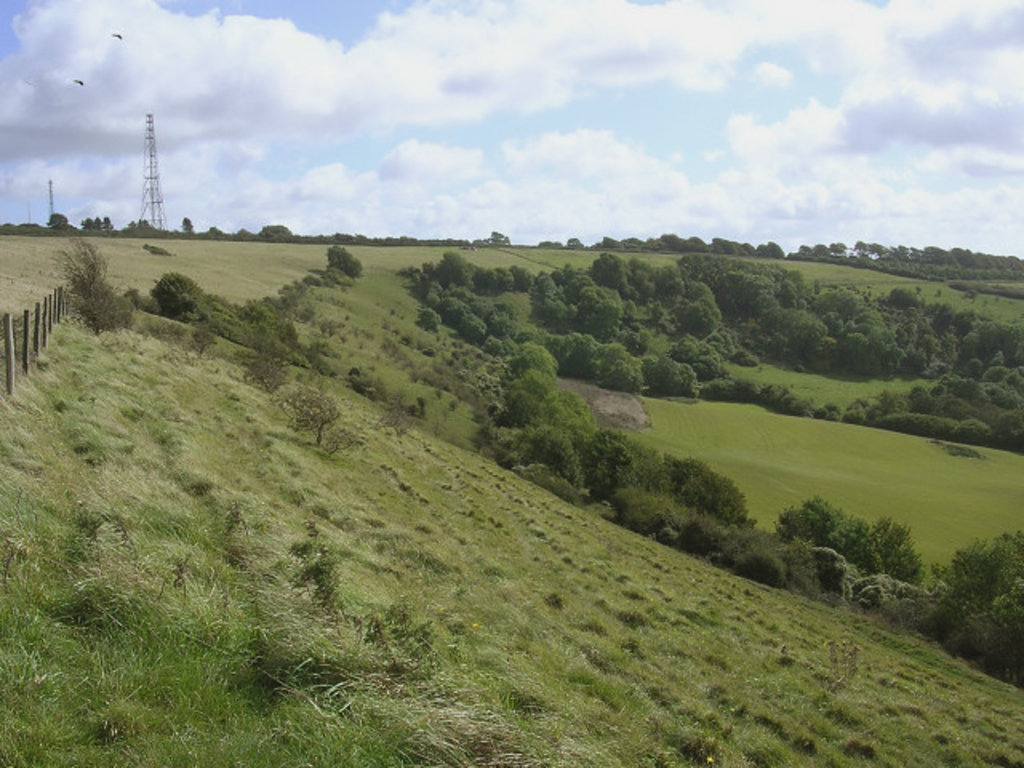