1 964 m
Elevation
Elevation is the altitude of a place
above sea level.

945 m
Prominence
Peak’s prominence is the least
vertical to be covered to get from the
summit to any other higher terrain.

Proportional Prominence 1 137 m
Volcano
Most commonly a conical hill or mountain built around a vent that connects with reservoirs of molten rock below the surface of the Earth.
Location
44.399657 N  -121.63562 W
Black Butte is a stratovolcano (not a cinder cone) 5.5 miles (8.9 km) west of Sisters, Oregon in Deschutes National Forest.

Black Butte looks young, as it is barely eroded (except for little gullies a little bit above the base that were carved by long-gone streams). Mount Washington, which is visible from the summit of Black Butte, looks much more eroded, and older, than Black Butte. However, Black Butte is significantly older than Mount Washington which was eroded by glaciers, but Black Butte is east of the Cascade crest and does not receive enough precipitation to support glaciers, so erosion is minimal.In other words, Black Butte is more shielded from natural erosion and its consequences than the Cascades.

It is an extinct volcano composed of basaltic andesite. The cone rises 3,076 feet (938 m) over the surrounding plateau. Black Butte is a striking feature just north of US Highway 20, which descends from the east flank of the Cascades. It is nearly symmetrical, with no marks of glaciation. Even though it is older than the High Cascades mountains visible to the west, which are heavily scoured by ice-age glacier activity, Black Butte receives less snow at its lower elevation and location east of the High Cascades. The headwaters of the Metolius River flow from Metolius Springs near the northern base of Black Butte. The spring flows at a consistent rate of 45,000 to 50,000 US gallons (170 to 190 m3) per minute.

In the local indigenous tongue, the mountain is called Turututu, but records show settlers calling it Black Butte as early as 1855.

Forest Service road 1110 climbs halfway up the mountain and a hiking trail continues to the summit. At the summit, there are two fire lookout towers. Black Butte Cupola was built in 1924 and decommissioned in 1979. An 85-foot tower built in 1934, collapsed in 2001. Another tower was constructed in 1995 to replace the older one.
There's a trail called Black Butte Trail #4026 leading to the summit. 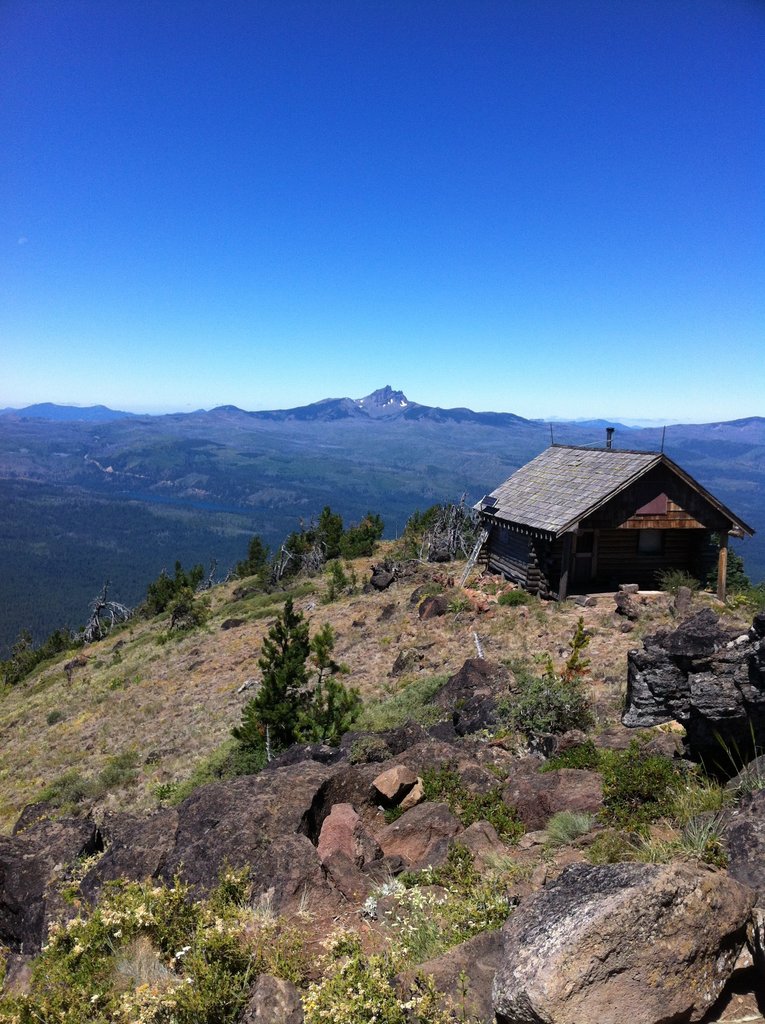 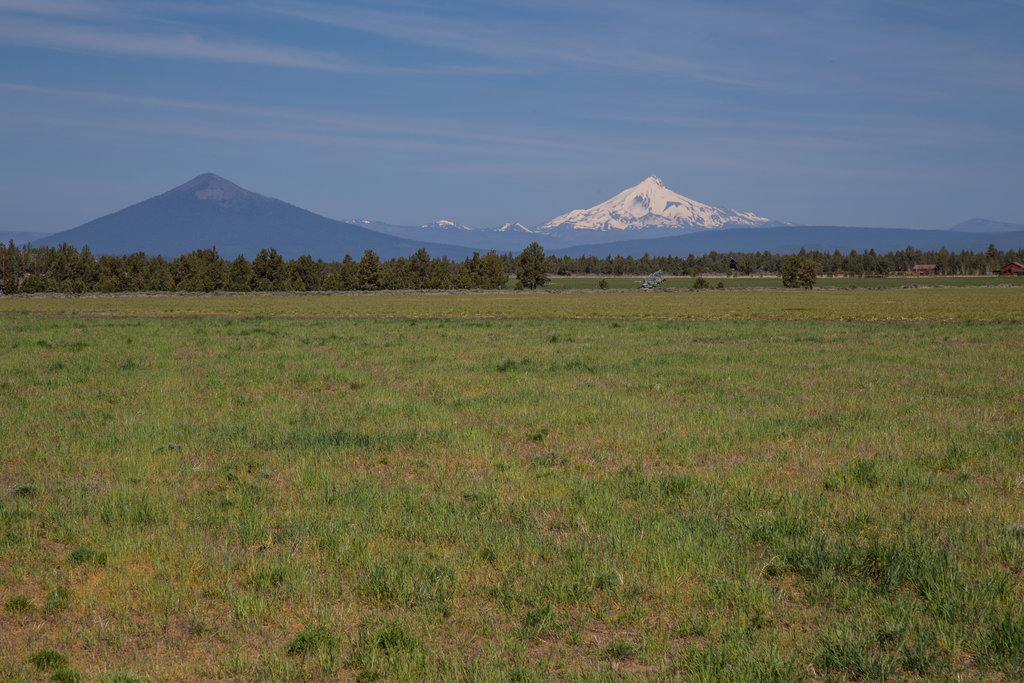 44.270833 N   -121.738889 W
Nearest Higher Neighbor
Black Crater - 17.4 km SW
El: 2 210 m / Prom: 427 m
Summit Register
See all
Keven Gurganus
Joseph Santiago
Check out a downloadable 3D model of Black Butte area. A higher resolution model can be found in the PeakVisor mobile app.
Do you have photos of Black Butte or know something about it? Please let us know!