6 856 m
Elevation
Elevation is the altitude of a place
above sea level.

1 089 m
Prominence
Peak’s prominence is the least
vertical to be covered to get from the
summit to any other higher terrain.

Proportional Prominence 3 127 m
Location
27.861804 N  86.860078 E
Ama Dablam is a mountain in the Himalaya range of eastern Nepal. The main peak is 6,812 metres (22,349 ft), the lower western peak is 6,170 metres (20,243 ft). Ama Dablam means "Mother's necklace"; the long ridges on each side like the arms of a mother (ama) protecting her child, and the hanging glacier thought of as the dablam, the traditional double-pendant containing pictures of the gods, worn by Sherpa women. For several days, Ama Dablam dominates the eastern sky for anyone trekking to Mount Everest basecamp.

Ama Dablam was first climbed on 13 March 1961 by Mike Gill (NZ), Barry Bishop (USA), Mike Ward (UK) and Wally Romanes (NZ) via the Southwest Ridge. They were well-acclimatised to altitude, having wintered over at 5800 metres near the base of the peak as part of the Silver Hut Scientific Expedition of 1960-61, led by Sir Edmund Hillary. 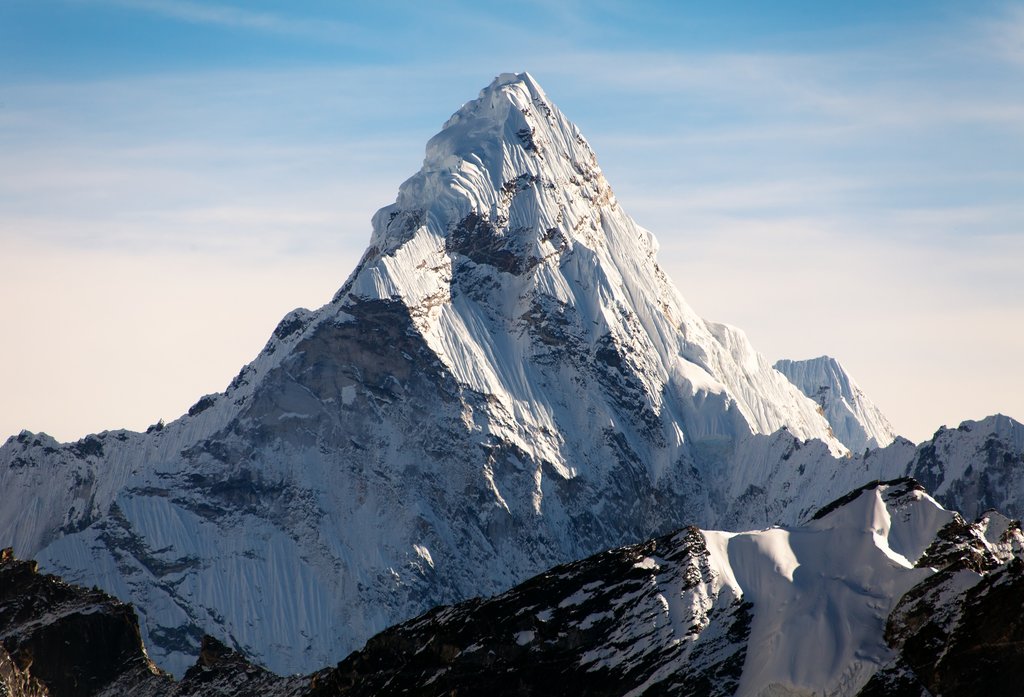 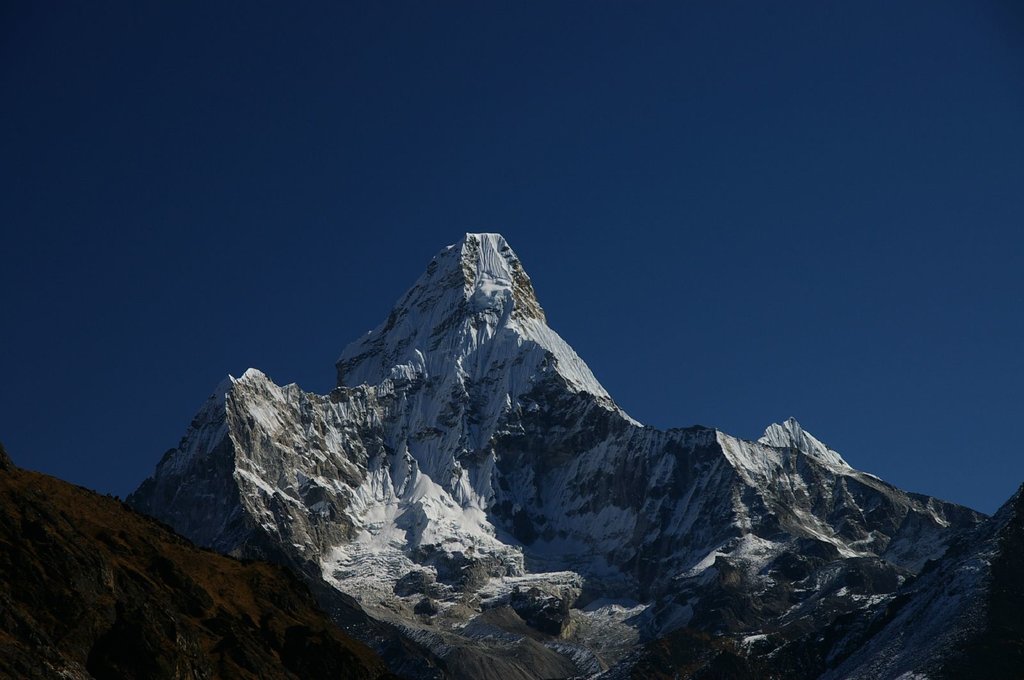 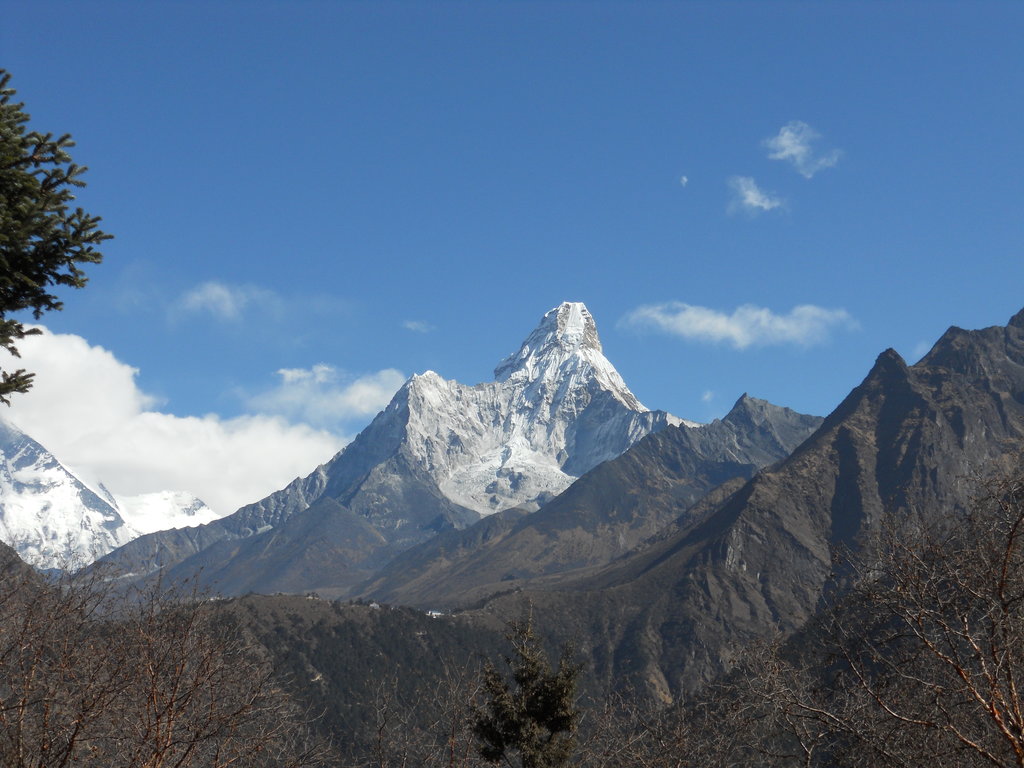 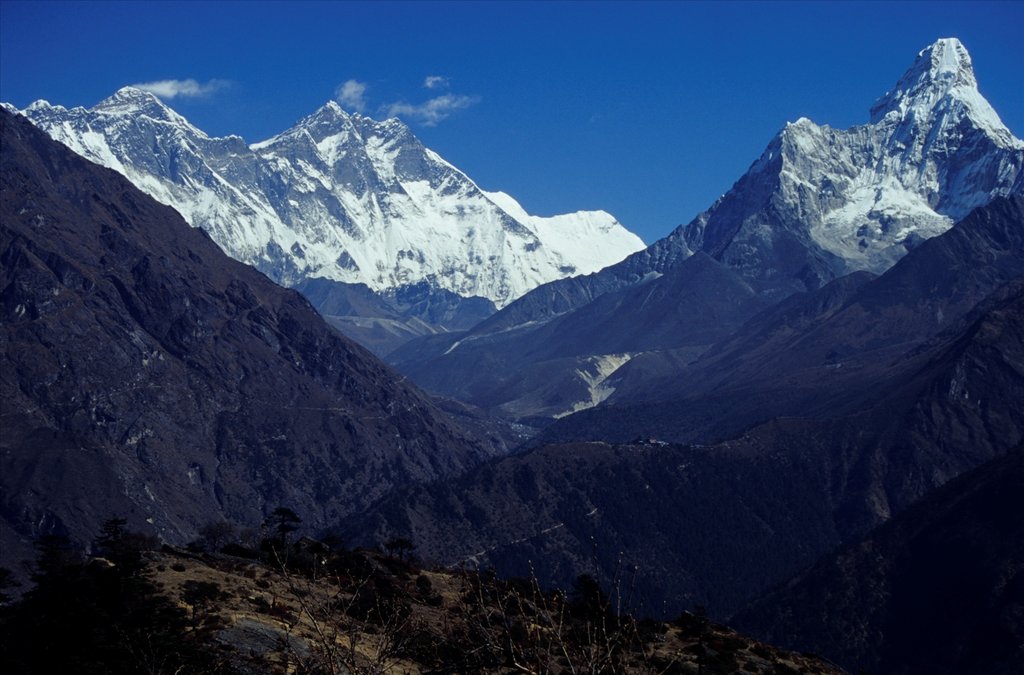 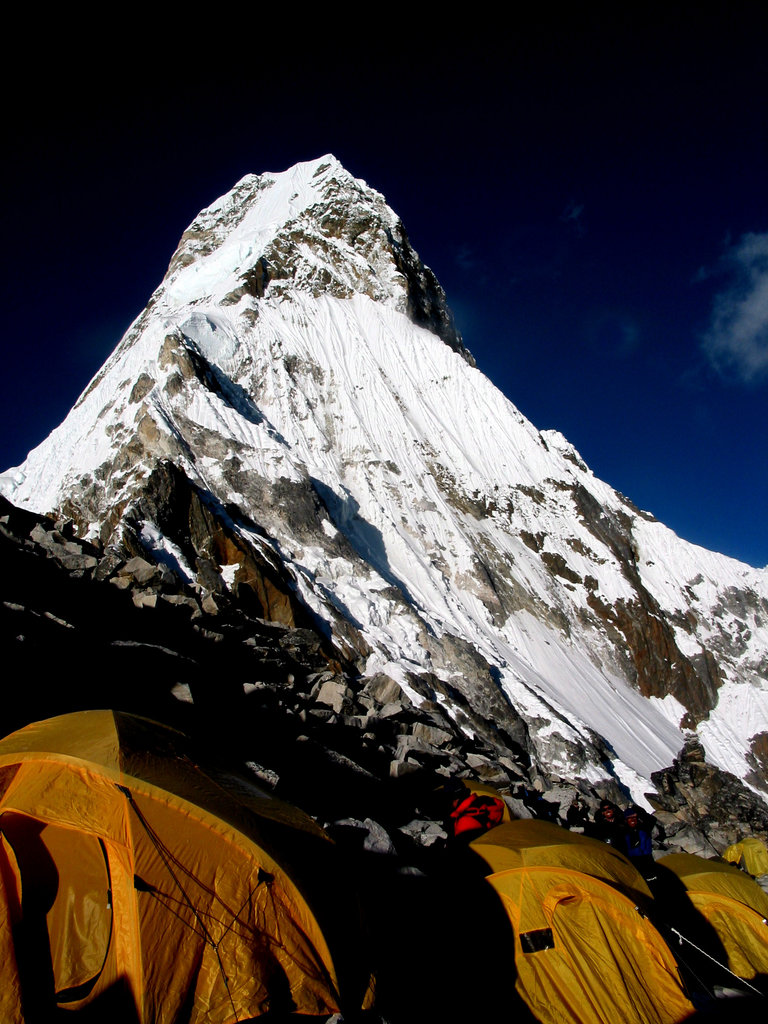 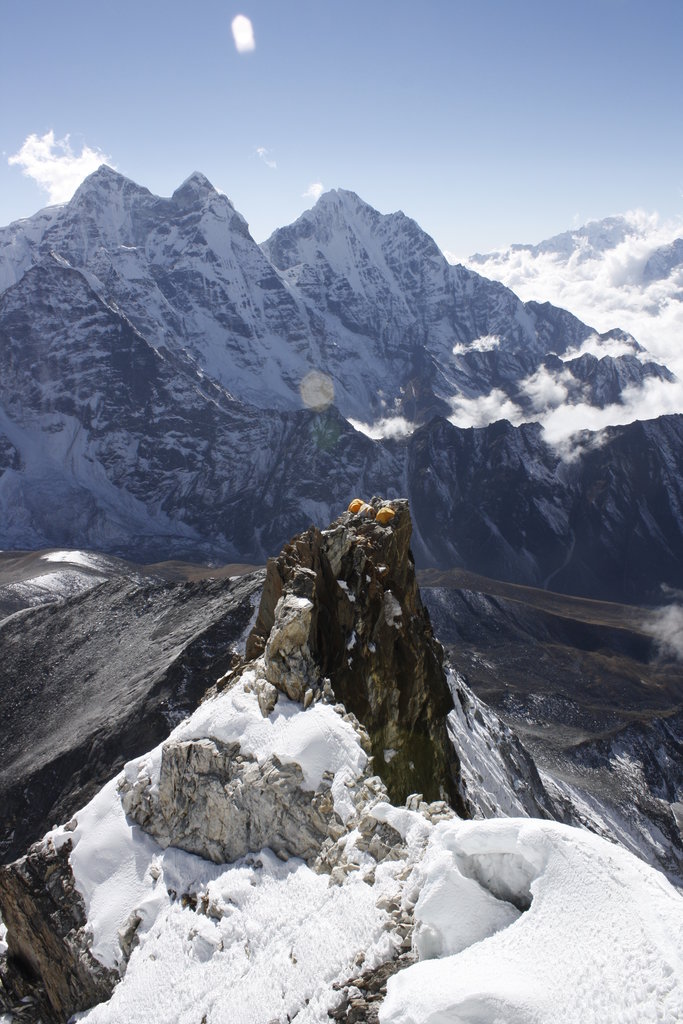 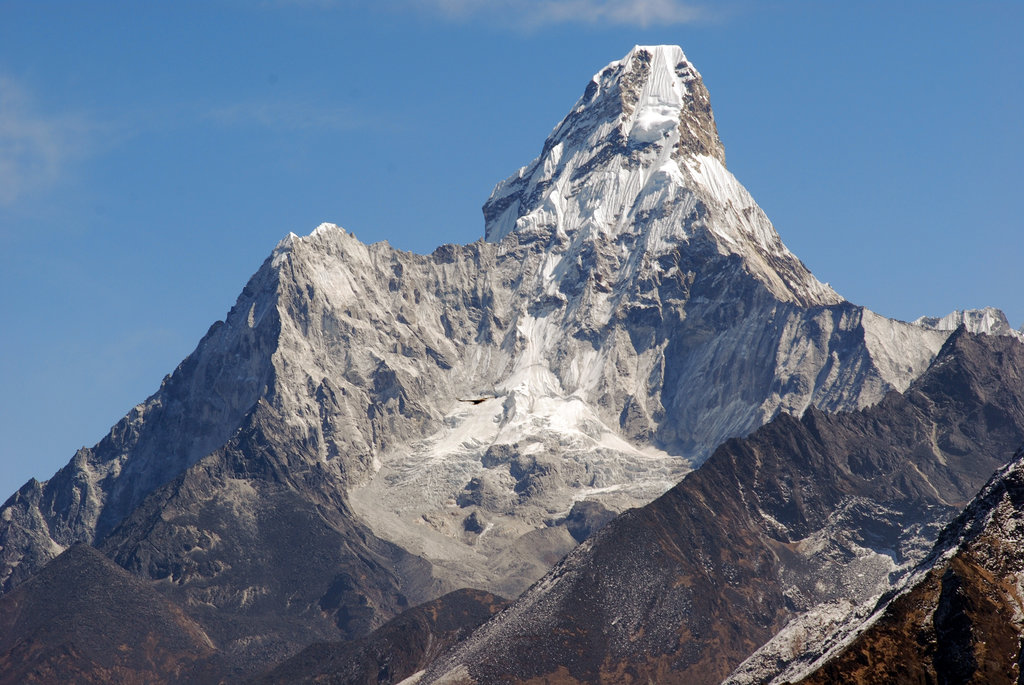 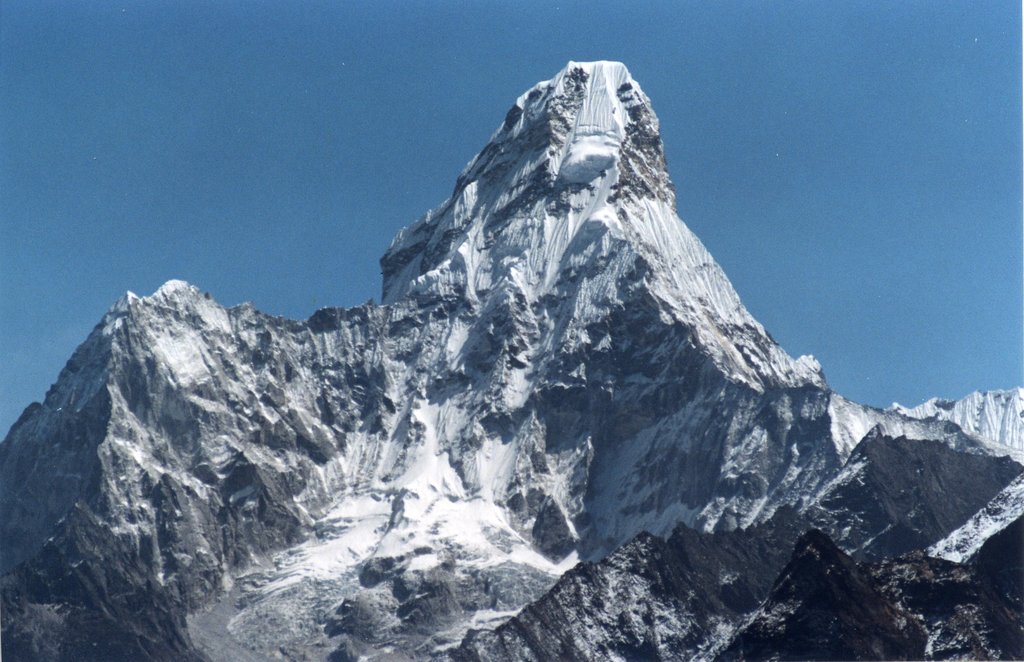 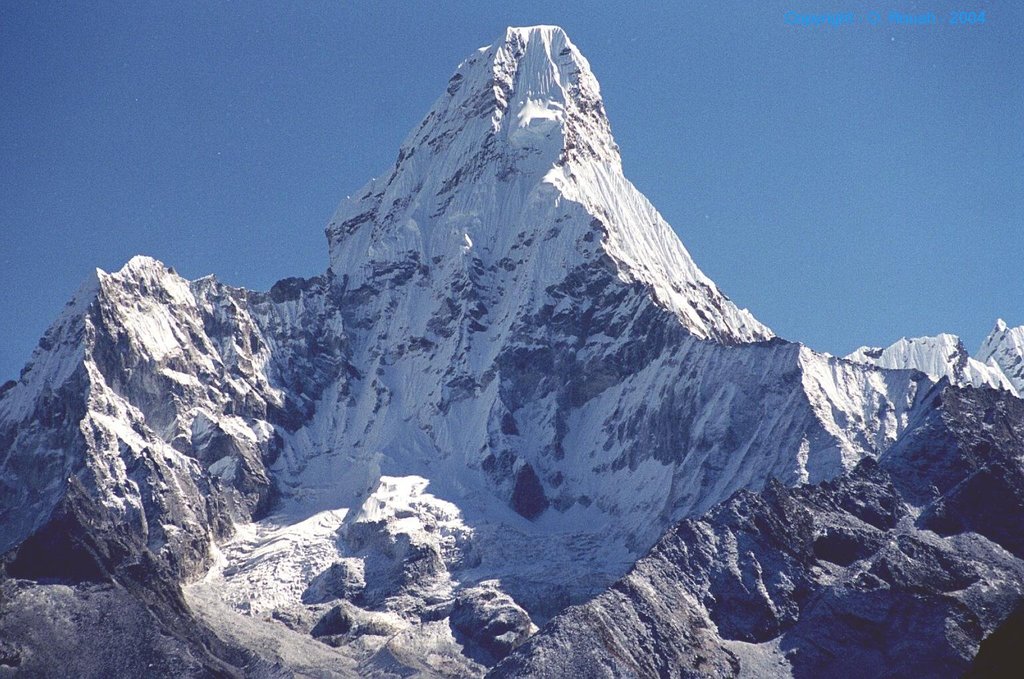