Location
46.901415 N  -121.71361 W
Burroughs Mountain is on the northeast slope of Mount Rainier above Glacier Basin. It was named for John Burroughs, the naturalist, who visited the mountain several times. The mountain was first called John Burroughs Mountain. Burroughs was born near Roxbury, New York, in April 1837, and died in 1931. He wrote extensively about his travels and was associated with the conservation movement. He became a well known "character" and is best remembered for his "Nature Essay."

Burroughs Mountain is a high ridge formed from an ancient lava flow. Its three summit plateaus get progressively higher. The mountain, located within Mount Rainier National Park, is notable for alpine tundra, with plants typically seen at much higher latitudes. The tundra ground cover hugs the barren rocky plateau and has a short growing season because snow covers the ridge for much of the year in the harsh alpine climate. The unique fragile alpine tundra can be easily destroyed by people walking off the established trail.

133 m
Prominence
Peak’s prominence is the least
vertical to be covered to get from the
summit to any other higher terrain. 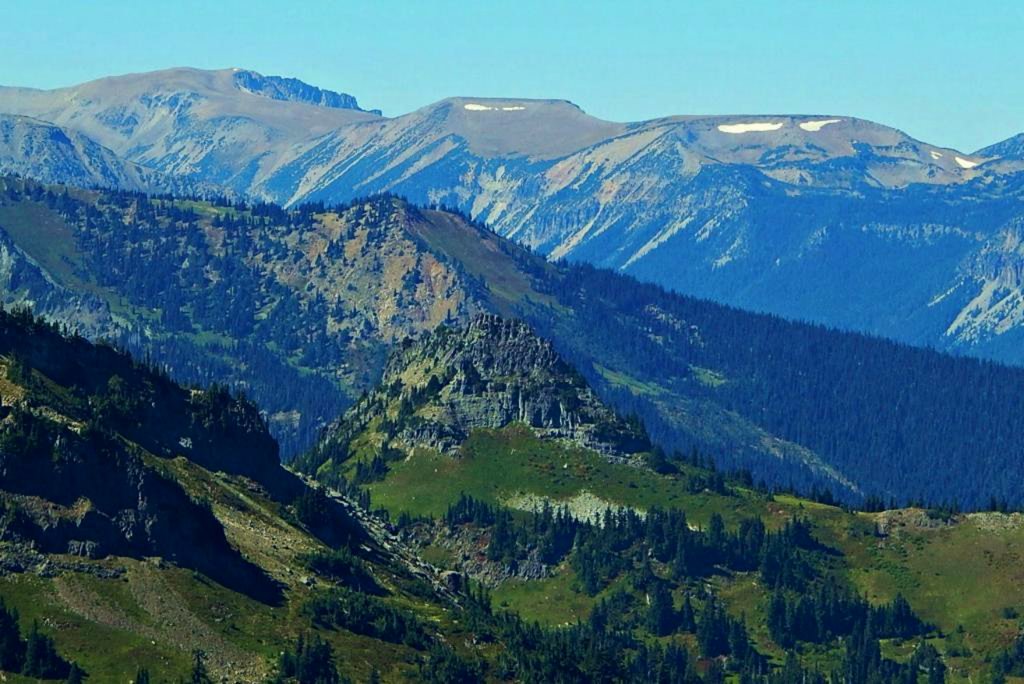