Yengo National Park is a protected park area in the state of New South Wales in Australia. It’s one of eight parks that make up the UNESCO World Heritage-listed Greater Blue Mountains Area. The park is home to 16 named mountains, of which the highest and most prominent is Mount Yengo at 675 m / 2214 ft. 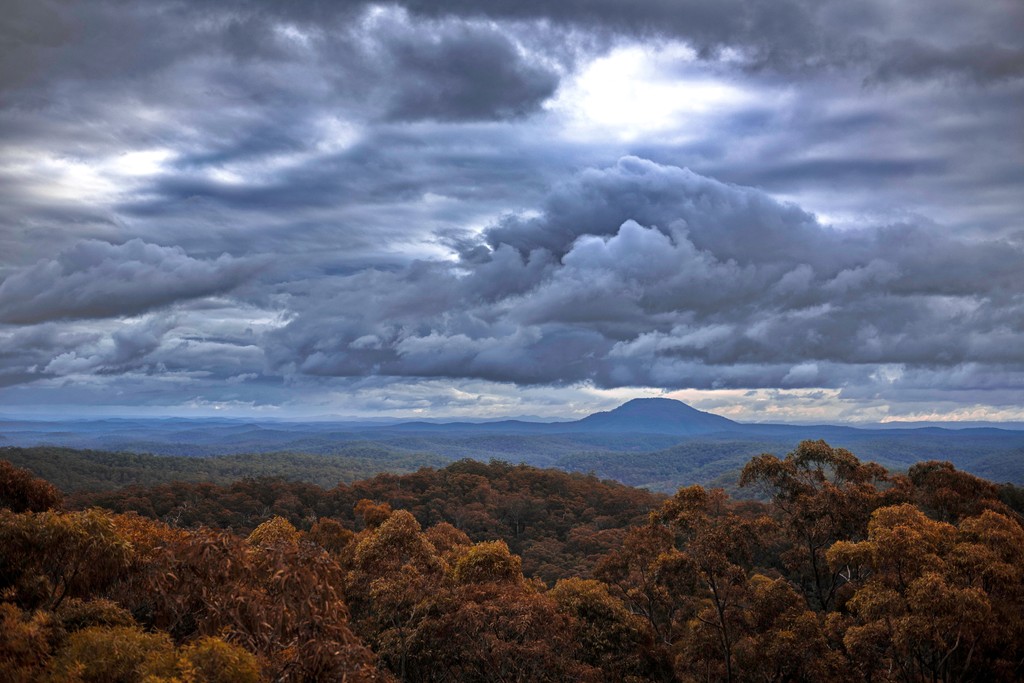 Yengo National Park covers an area of around 154,328 hectares (381,352 acres) in the Lower Hunter region of New South Wales (NSW). It’s one of the protected areas that make up the Greater Blue Mountains Area, a World Heritage-listed mountainous region on the central coast of NSW.

The mostly forested sandstone plateau of the Blue Mountains is part of the Great Dividing Range that runs along almost the entire of Australia’s east coast. Rather than appear like a traditional mountainous region, however, Yengo National Park is characterized by dissected sandstone plateau country, which has been carved out to create deep gorges and rocky ridgelines. It also contains most of the Macdonald River catchment that flows into the major Hawkesbury River.

Yengo National Park forms part of the Hornsby Plateau, a sandstone plateau which extends north from the Blue Mountains National Park. The plateau has been dissected and carved out over time to form valleys, ridges and gorges. While sandstone dominates the landscape, there are also remnants of shale and basalt in the national park.

There are small areas of Tertiary Volcanics in Yengo National Park. Basalt from the Tertiary period is most prominent in the formation of Mount Yengo (675 m/2214 ft) and as small volcanic plugs in the bottom of valleys in the park.

Yengo National Park has one of the greatest ecological diversities of any national park that make up the Greater Blue Mountains Area. Its largely forested landscape is an important habitat for many plants and animals.

The park is home to over 50 mammals and 200 species of birds. In particular, you can look out for wombats, wallaroos, koalas, gliding possums, glossy black cockatoos, and lyrebirds. Some of the fauna found in the park are also threatened or endangered species, including masked owl, squirrel glider, regent honeyeater, and brush-tailed rock wallaby.

As the rest of the Greater Blue Mountains Area is also known for, Yengo National Park is home to a large variety of plants. In particular, you can find over 40 species of eucalypt, which is one of the densest eucalypt forests in the world. You can also find dry grassy forests and woodlands, melaleuca swamp forest, sheltered moist forest and ironbark forest.

Most of the plant diversity can be found in the sheltered southern part of the park and the wetter parts closer to the coast. Here you can find more tall eucalypt forest and pockets of warm temperate rainforest.

Yengo National Park is located on the custodial land of the Darkinjung and Wonnarua People. There are over 600 Aboriginal cultural sites recorded within the national park and surrounding area.

Mount Yengo (675 m/2214 ft) in particular plays an important role in Aboriginal creation stories. The main story recounts that the ancestral being of Biamie stepped off the peak of Mount Yengo into the sky once he’d finished creation, leaving the visible flat top of the mountain behind.

The Hornsby Plateau of Yengo National Park was one of the major challenges for European colonizers trying to link Sydney with the Hunter Valley region. In 1817, explorers pushed through the region and established a route along what is now Putty Road, dividing Wollemi National Park and Yengo National Park.

By 1831, another route was created on the eastern side of Yengo National Park which is where the Great North Road now runs. Both roads provide some of the best examples in Australia of convict-built road engineering from the nineteenth century.

Due to the rugged landscape and rapid run-off of rainfall, settlement in the area was very restricted. There was some grazing and farming established in the nineteenth century in valleys, but the rough terrain made it difficult to succeed. For this reason, very little extensive land clearing took place.

Logging and mining were also explored in the national park, but neither activity was expanded extensively.

In 1989, the area was officially protected as Yengo National Park. In 2000, the Greater Blue Mountains World Heritage Area was established, grouping eight national parks in the region. It wasn’t until the early 2000s that Yengo National Park was recognized as being one of the important wilderness areas left in New South Wales.

There are some great walks to do in Yengo National Park. Most of the trails incorporate historical monuments and important Aboriginal sites, meaning you can explore both the nature and history of the park on foot.

Here are some of the best walks to do in Yengo National Park:

Yango Walking Track follows an old logging trail through the pristine wilderness and rainforest in the northern part of the park. The 6 km (3.7 mi) loop can be a little rough, but the rewards are plenty, with wonderful views of the landscape, sandstone plateau and a small section of rainforest.

This is a perfect introductory walk to the national park for all ages. Shepherds Gully Walk is a 3 km (1.8 mi) loop taking walkers through a beautiful pocket of rainforest. On the trail, you’ll be able to admire striking water gums, grey gums, lilly pillies and grass trees.

Using old roads from the 1840s, Shepherds Gully Road and Sternbecks Line, it’s also an opportunity to explore the history of the park. There are visible remnants of the old roads, including original sandstone work, retaining walls and an old bridge, with interpretive signs telling the history.

This moderate 1 km (0.6 mi) return walk is a great way to delve into the Aboriginal history of the area. The highlight of the walk is admiring the Finchley Aboriginal engravings, providing an insight and greater respect for the Traditional Owners.

This 5.5 km (3.4 mi) loop walk winds its way through the dry forest on the eastern edge of the park. Starting from Mogo Campground, the walk takes you to the Circuit Flat Bridge, which is the fourth oldest bridge in Australia, originally built in 1831 by convicts.

To complete the full loop back to the campground, you can take part of the Old Great North Road, to enjoy some more historical aspects of the park.

If you want to stay close to the main walks in Yengo National Park, camping is the best option. There are four campgrounds within the national park boundary. You need to book and pay for a campsite through the NSW Parks Website prior to arriving.

For those who want something more comfortable than camping, the national park also offers one accommodation option inside the park boundary.

Being close to the east coast of New South Wales, Yengo National Park is very accessible from major towns and cities. If you’re planning a road trip from the coast, here’s where you can start your journey from:

Yengo National Park is very close to Sydney, the capital of New South Wales and largest city in Australia. This makes it a very convenient place to visit on a road trip from Sydney.

The main city closest to the national park is Sydney. As Australia’s largest city, Sydney is well-known for its stunning harbor and surrounding beaches. There are plenty of attractions in the city for visitors to enjoy, including the Sydney Opera House, Sydney Bridge, Darling Harbour, Royal Botanic Garden, and Bondi Beach.

Yengo National Park is located just 160 km (99 mi) to the north of Sydney. You can find all the accommodation, transport, and shopping options you need in the city for all budgets. With a major airport and plenty of major highway connections, the city serves as a great base for travelers who want to explore the Greater Blue Mountains Area. 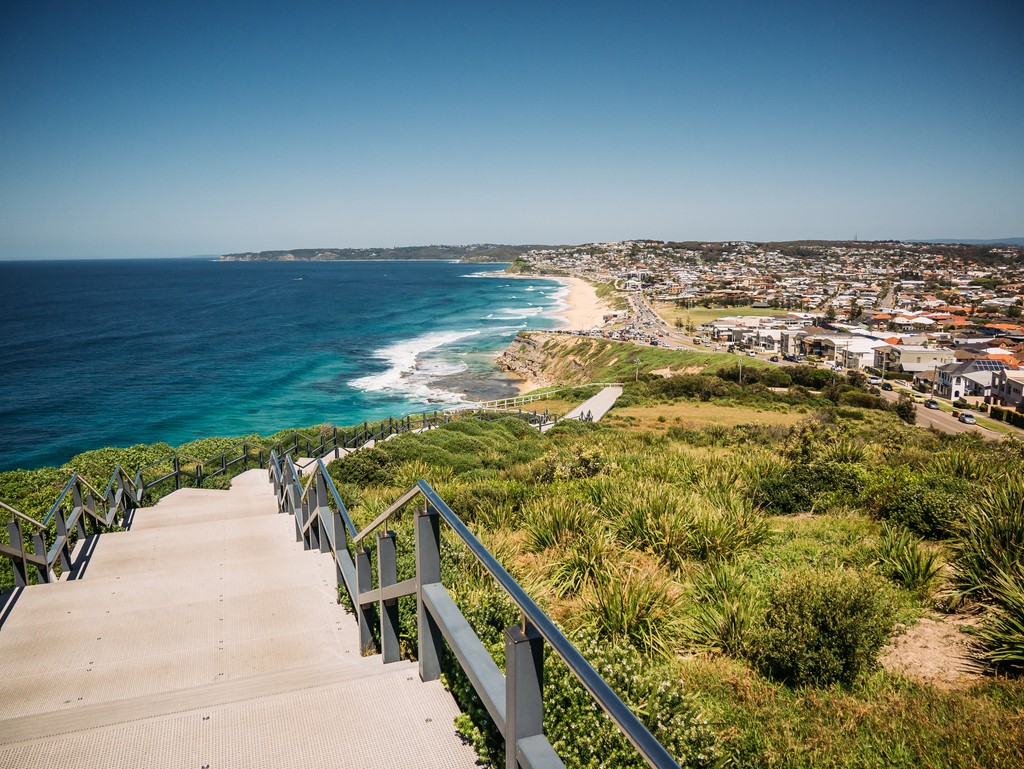 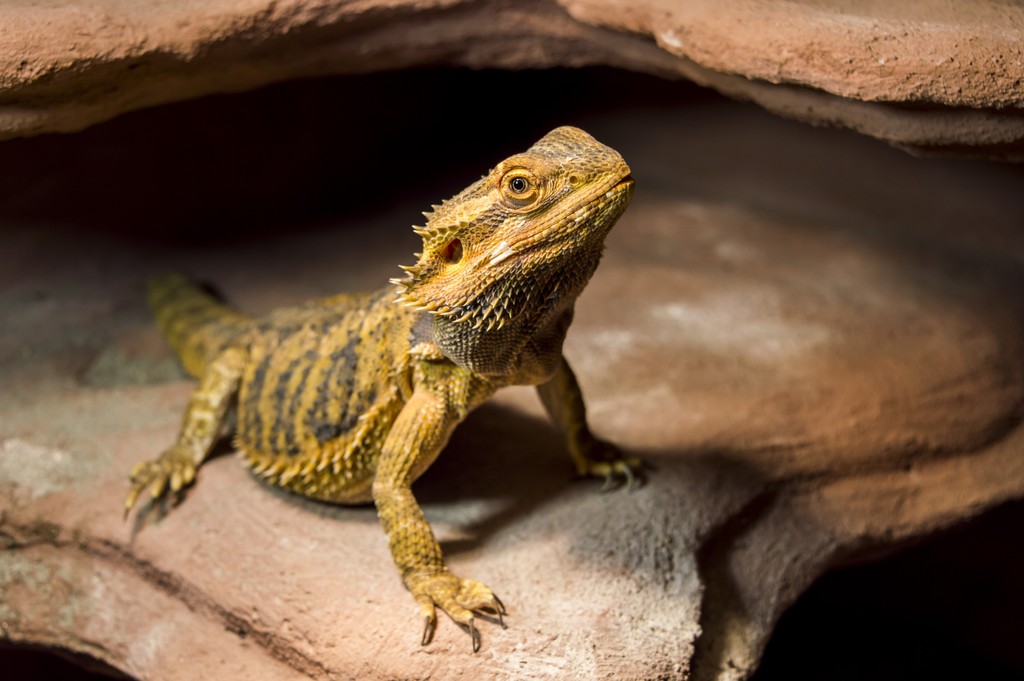 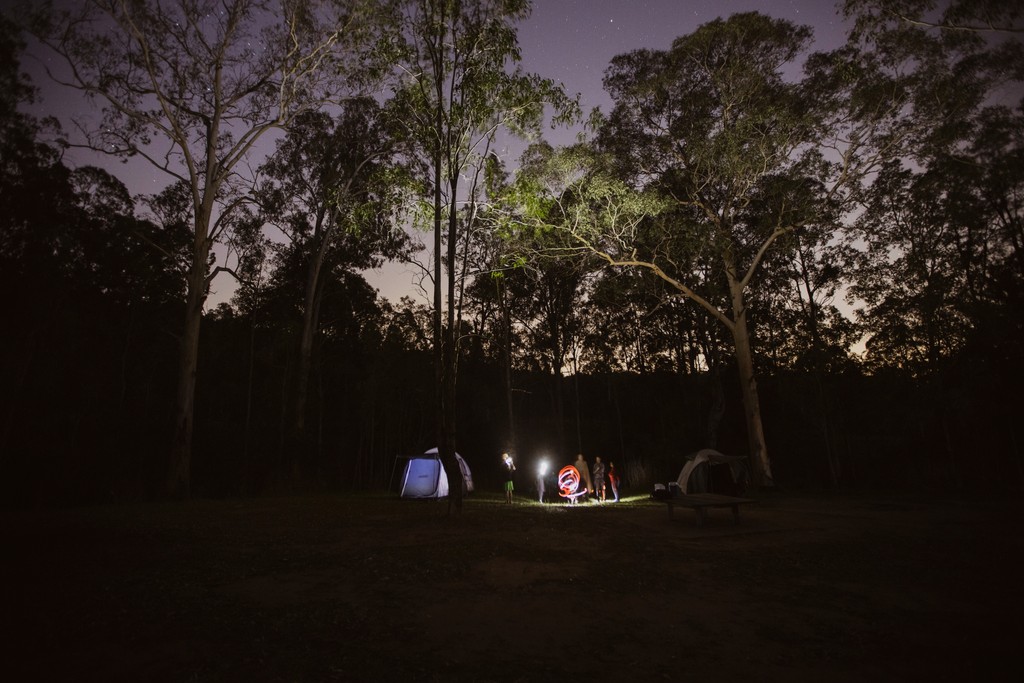 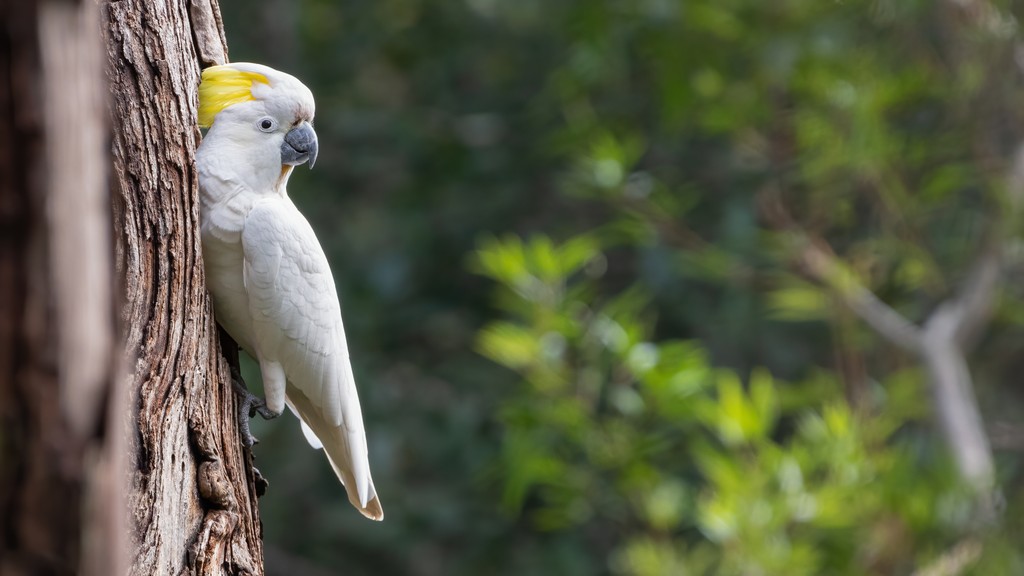 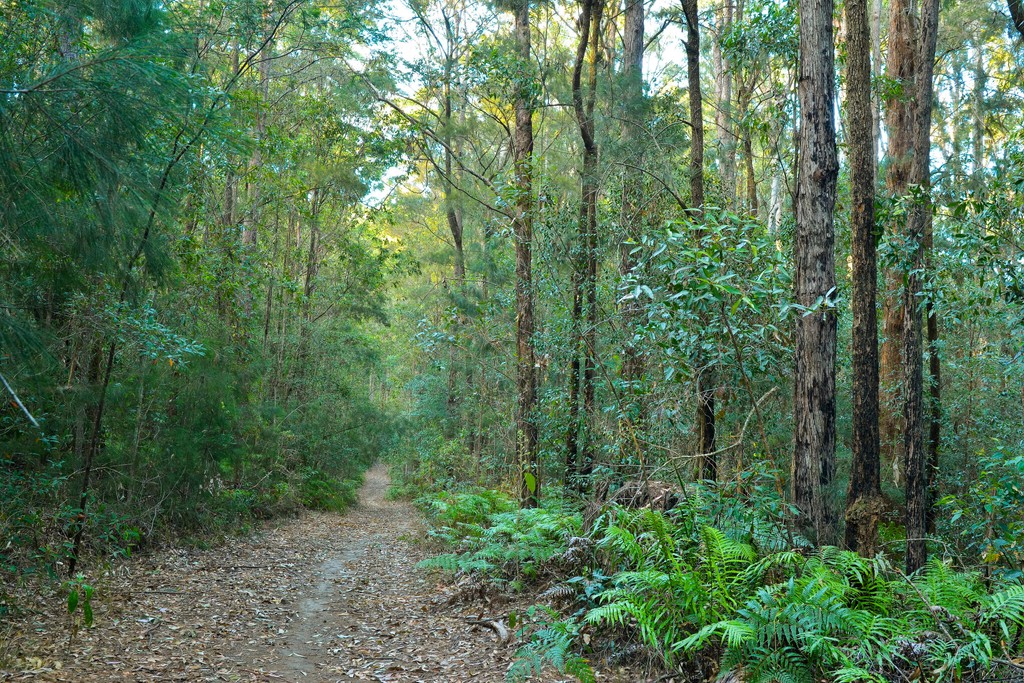 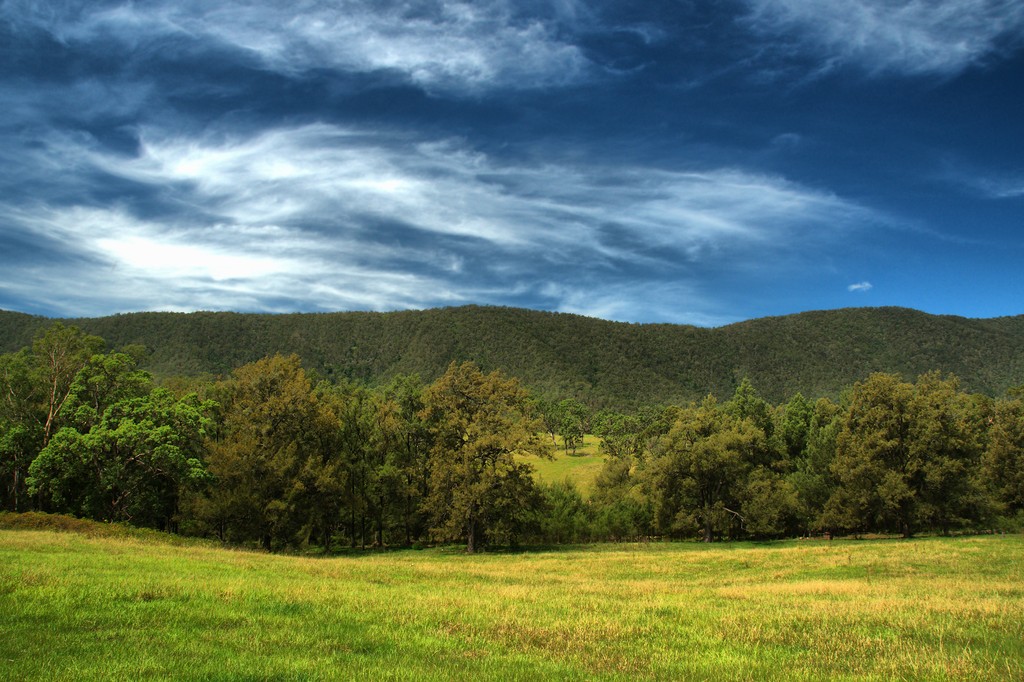 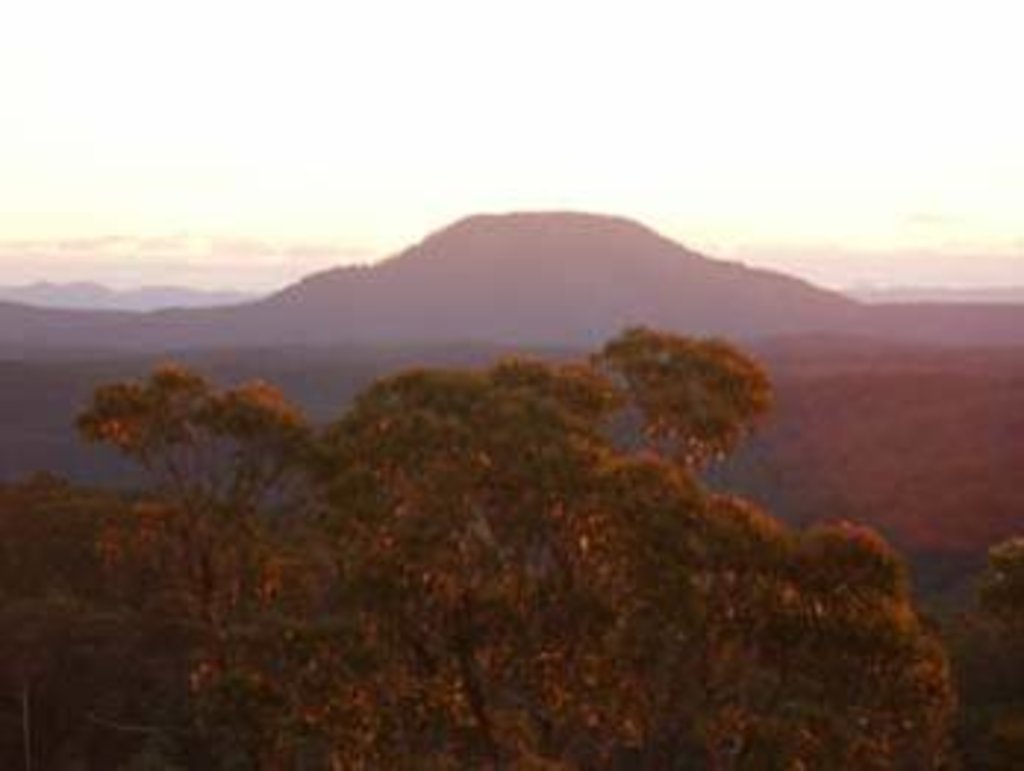