Situated around one of the most active volcanoes in North America, Volcán Nevado de Colima National Park (Parque nacional Nevado de Colima) is a federally-protected area located in the west-central part of Mexico. The park contains 3 named peaks, the highest and most prominent of which is Nevado de Colima (4,260m/13,976ft). 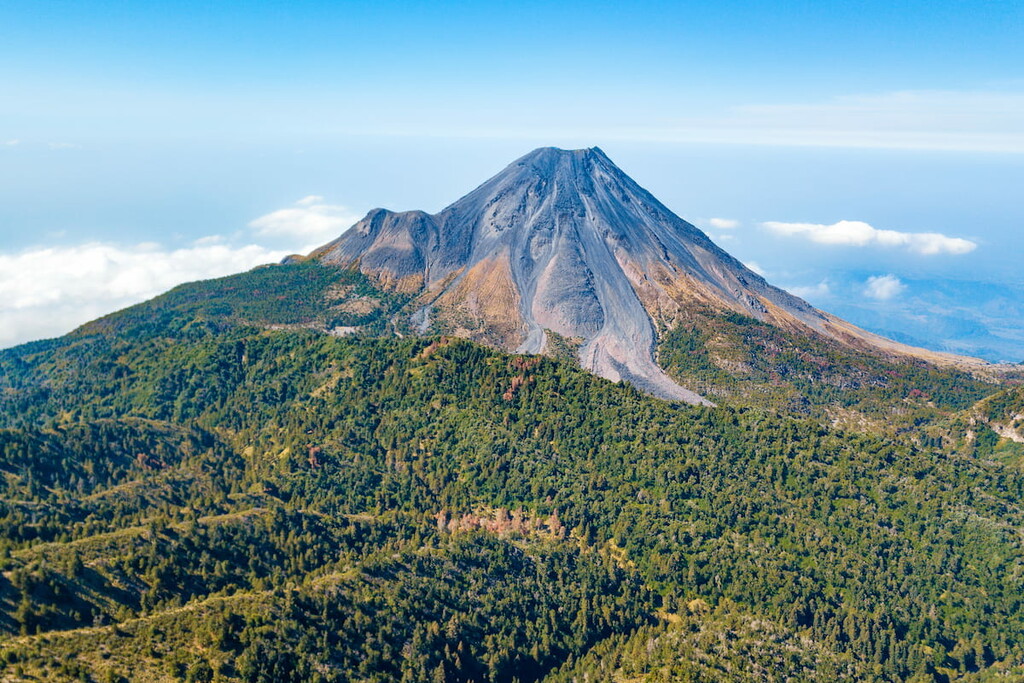 Nevado de Colima National Park (Parque nacional Nevado de Colima) is a federally-protected area located in the states of Jalisco and Colima in west-central Mexico. It is located within the municipalities of Tuxpan, Comala, Tonila, and Zapotitlán de Vadillo.

The park has a total land area of about 9,375 hectares (23,000 acres), which makes it relatively average in size when compared to other parks in the country. It is located relatively close to Mexico’s Pacific coastline, just to the north of the city of Colima.

The peaks in Nevado de Colima National Park are part of the Cordillera Neovolcánica (also known as the Transvolcanic Belt, the Eje Volcánico Transversal, and the Trans-Mexican Volcanic Belt) which is one of Mexico’s major mountain ranges.

In fact, the park is located in the westernmost edge of the range, which stretches from the states of Jalisco and Colima to the west all the way to the state of Veracruz in the east.

Geologically, the Cordillera Neovolcánica formed as the Cocos and Rivera plates subducted below the North American plate. This gave rise to extensive volcanism, which is evident throughout the range today.

In fact, the park contains both an ancient, extinct volcano and one of the most active stratovolcanoes in North America.

The extinct volcano, Nevado de Colima, shows evidence of its volcanic past on its slopes. There are a number of remnant pyroclastic flows along the slopes of the mountain and up to 80 km (50 mi) away that are believed to be from an eruption that took place during the Pleistocene.

However, as around 300,000 people live within 30 km (19 miles) and around 1.5 million people live within 100 km (60 mi) of the volcano, it’s considered to be one of the more dangerous volcanoes in the world in terms of the potential for human casualties during a major eruption.

Due to the wide range of different elevations in Nevado de Colima, the park itself contains a number of unique ecosystems.

For the most part, the park is forested, with stands of pine, oak, and fir dominating the landscape. However, at the higher elevations, alpine vegetation is particularly abundant, except at the highest points in the park, where no vegetation is found.

Wildlife within the park is also abundant. There are a number of animals that call the park home, including mountain lions, coyotes, and bobcats, as well as jaguars, which have been known to travel through the region. Other animal species found in the park include armadillos, deer, ocelots, and a variety of birds.

The land that is now part of Nevado de Colima has been inhabited by humans for thousands of years.

Many Indigenous peoples have lived in and around the region since time immemorial, including the Purépecha, though the Aztecs controlled much of the region at the time of European contact. A number of archaeological remains have been found on and around the mountains themselves, including ceramic fragments and arrowheads.

In the early sixteenth century, the Spanish conquistador, Cristóbal de Olid, under orders from Hernán Cortés, arrived in the area near the modern-day park boundaries and Ciudad Guzmán, claiming the area for Spain.

The park was actually one of the earliest parks to be established in Mexico, having been declared in 1936. Although the park is home to an active volcano, it is a popular recreation destination for nearby residents and tourists, alike.

While Nevado de Colima National Park is often overlooked in favor of parks like Izta-Popo National Park (Parque Nacional Iztaccíhuatl-Popocatépetl), it is still a relatively popular place to hike and camp.

Visitors to the park generally have to pay an entrance and a camping fee. Furthermore, the easiest way to access the park is from Ciudad Guzmán. From here, you can reach the park, where you’ll find a dirt road that leads to a facility at about 3,600m (12,000ft) on the slopes of Nevado de Colima.

Since there is a road leading a decent way up the mountain, few people climb it from its base. But, there is a network of hiking trails in the park for you to check out.

Do keep in mind, though, that it can be hard to find a guide at the last minute in this area. So, if you’d like a guide, it’s worth organizing this ahead of time.

Looking for a place to stay near Nevado de Colima National Park? Here are some of the best cities to check out:

Located just to the south of the park, Colima is the capital of the state of Colima. It is home to about 140,000 residents and it is widely considered to be one of the most livable small cities in the region.

The city is considered to be the economic hub of the state of Colima as it is a center for trade for the region’s agricultural industry. Furthermore, Colima has its own unique cuisine that’s well worth checking out if you’re in the area.

Ciudad Guzmán is a city of some 100,000 residents located just to the north of Nevado de Colima. It is also a hub for commerce in its area as it supports the region’s wider agricultural industry. Although the city is fairly small, it also has some spectacular restaurants that are perfect for a post-adventure meal after your visit to Nevado de Colima.

One of the largest cities in all of Mexico, Guadalajara is home to about 1.4 million people who live a short distance to the north of Nevado de Colima. Guadalajara is the third-largest metropolitan area in the country and its second most densely populated, after Mexico City.

The city is a hub for finance, commerce, technology, education, culture, and tourism in the region. It is considered to be one of the most important cities in Mexico and it has one of the country’s largest airports, so it’s a great place to start your journey to Nevado de Colima. 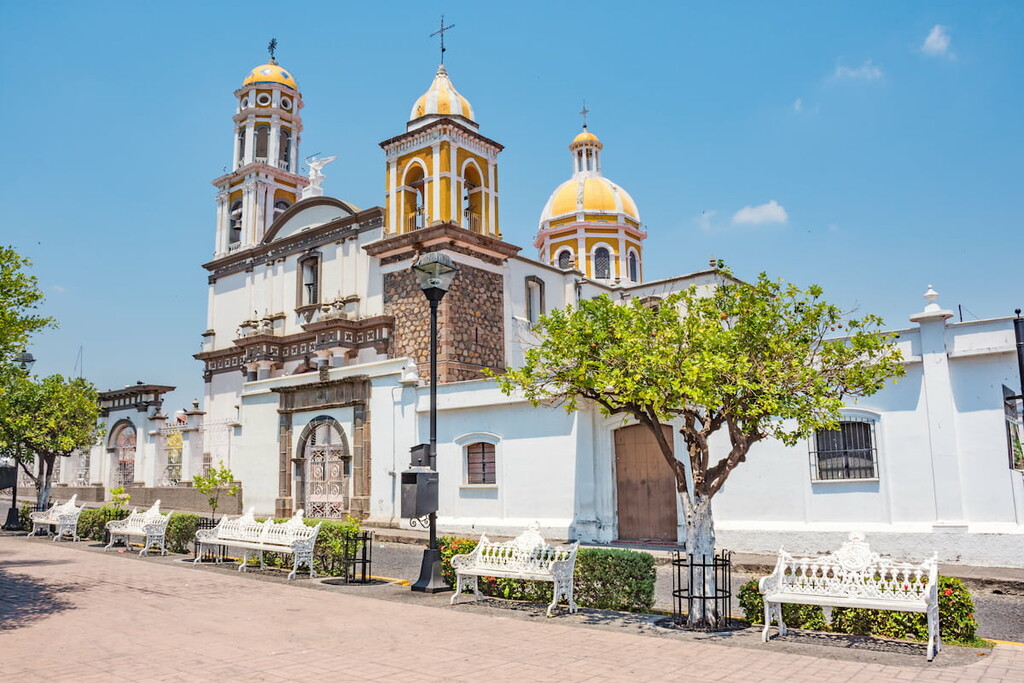 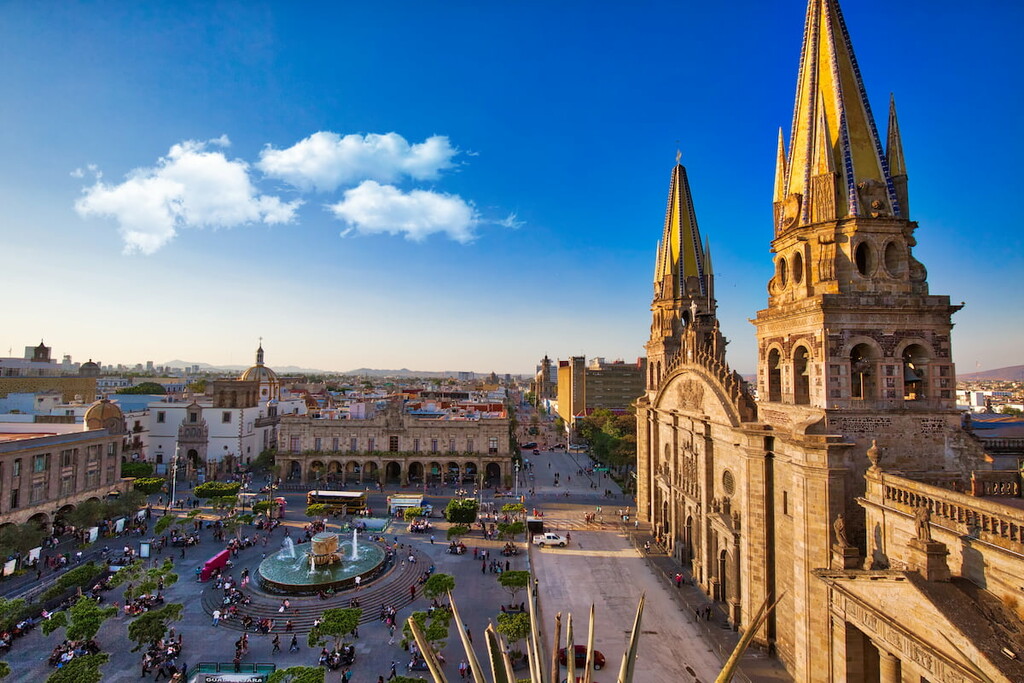 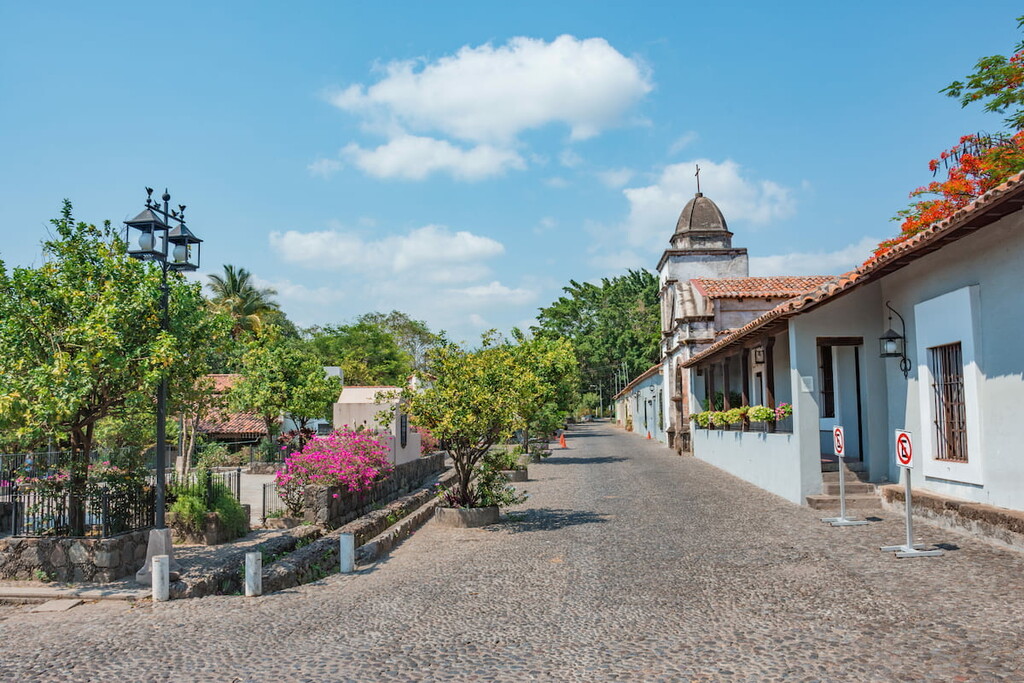 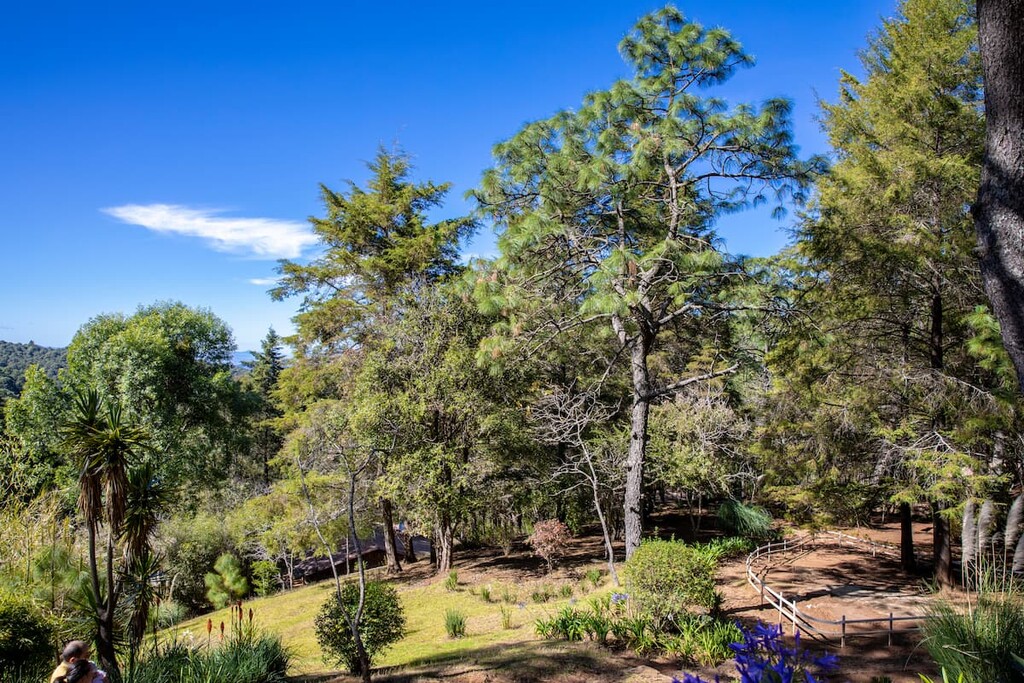 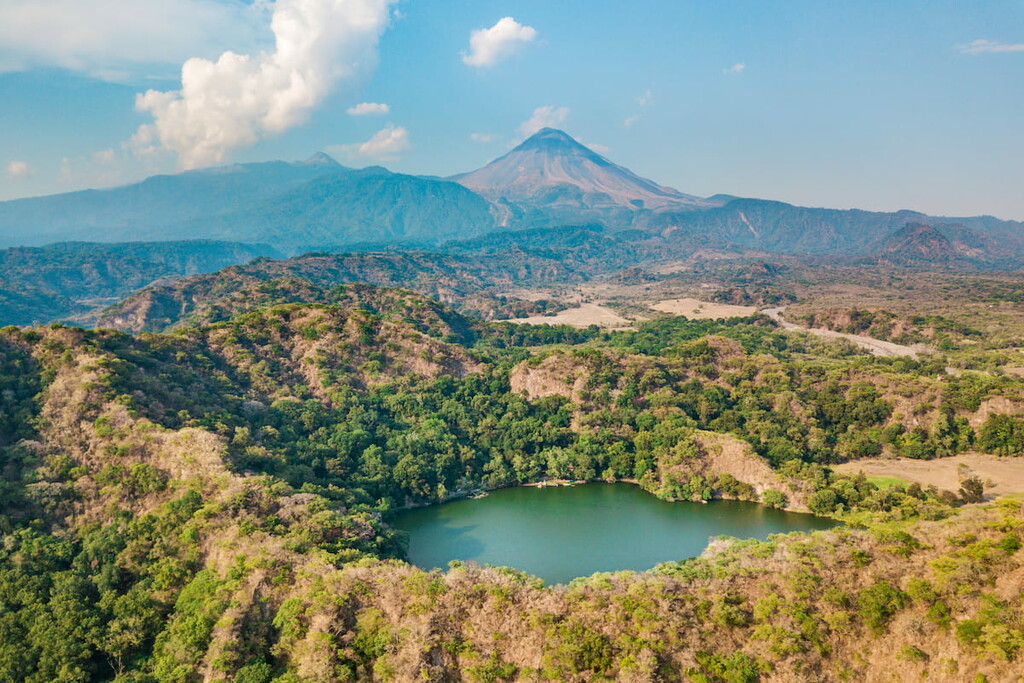 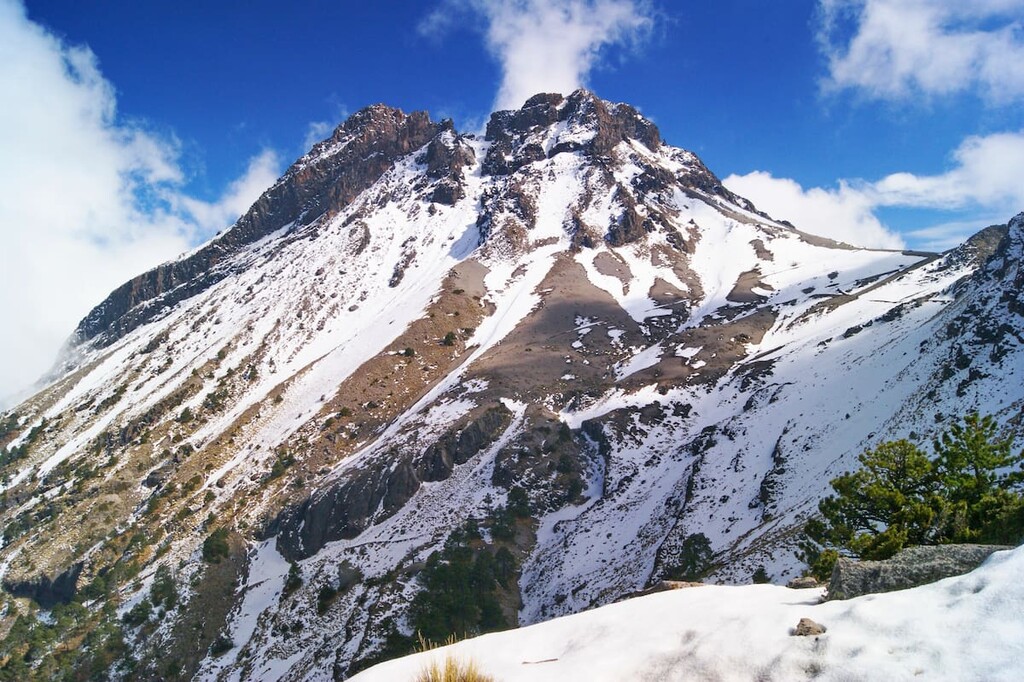 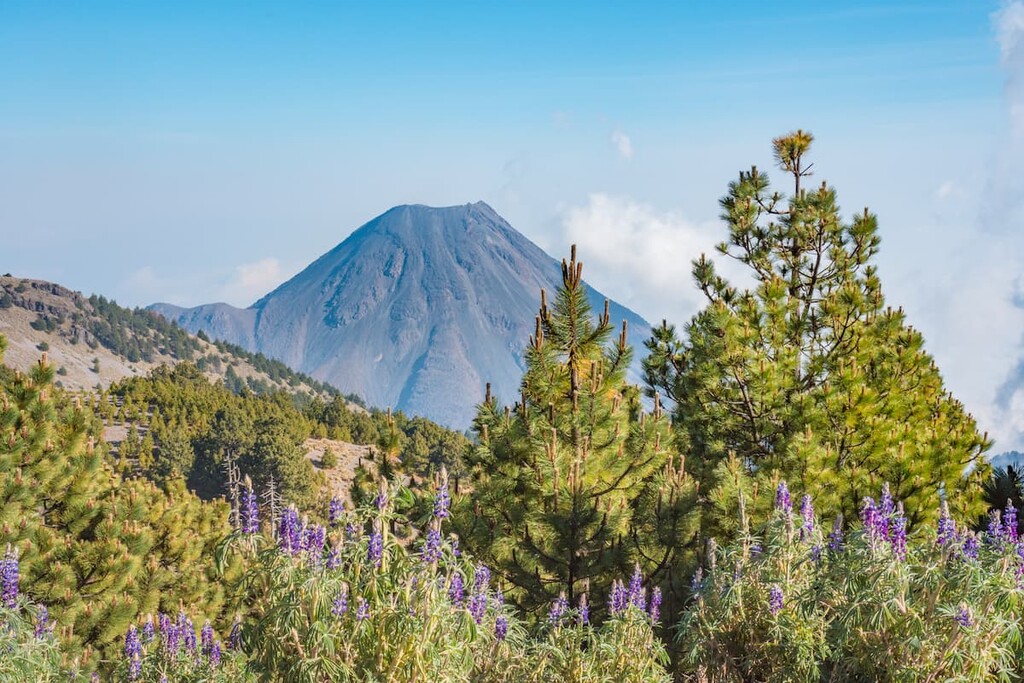