Šumava National Park is a protected forested region located in the southwestern region of the Czech Republic. The park is home to a large swath of the most extensive contiguous forest in all of Central Europe, and it is the country's largest national park. There are 157 named mountains in the park with the tallest and most prominent being Plechý / Plöckenstein (1,379 m/4,524 ft). 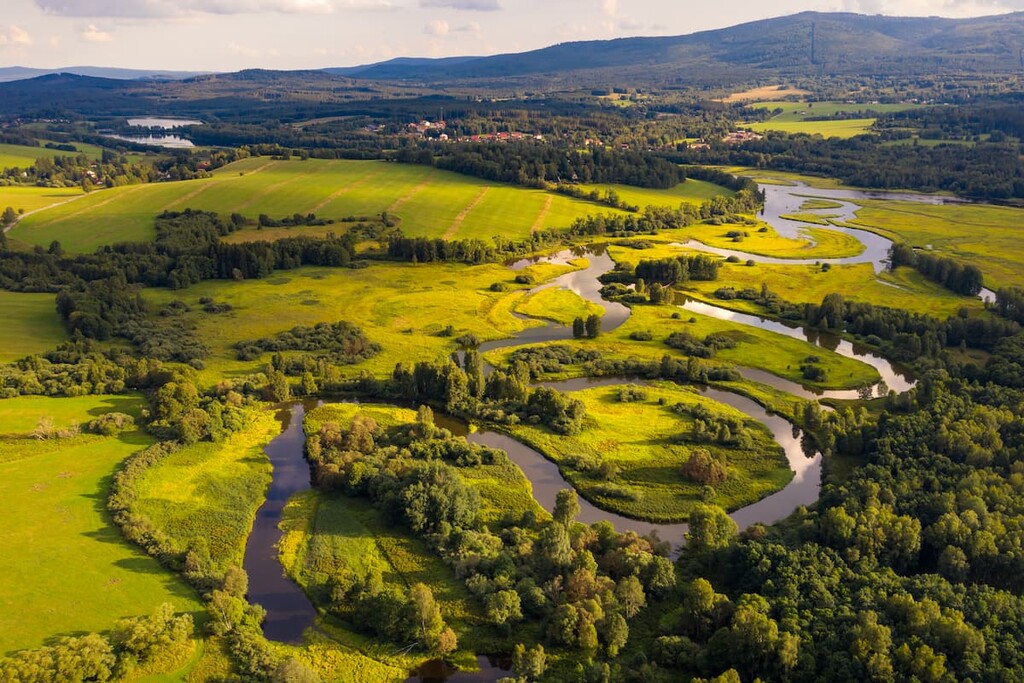 Šumava National Park (Národní park Šumava or translated to Bohemian Forest National Park), is situated in the southwestern region of the Czech Republic. It is located in the South Bohemian region of Czechia and it shares a border with both Germany and Austria.

The park encompasses 681 sq. km (263 sq. miles) of land within the massive Bohemian Forest, which, alongside the adjacent Bavarian Forest, is the largest contiguous forested area in Central Europe.

As a result, Šumava National Park is heavily forested, mainly with populations of spruce trees. While rolling forested hills mark much of the park, other sections are home to vast plateaus and grasslands.

Many of the plateaus in the park are covered with peat bog while post-glacial lakes can be found throughout the region. There are a number of relatively low-lying mountain ranges that extend throughout the park, too.

The highest elevations in the park run along the border between Czech Republic and Germany. Rolling foothills and peat bogs can be found in the eastern part of the park while the Lipno Dam sits just south of the park’s boundaries.

Though elevations remain fairly low throughout the park, the lookout towers on many of the region’s summit allow for great views of the southern Czech Republic. The lakes found throughout the park are often surrounded by dense forests, too.

Šumava National Park is located near various other parks and protected regions. Directly west of the park lies Bavarian Forest National Park in the state of Bavaria in Germany, while Brdy Protected Landscape Area and Přírodní park Buděticko lie to the north.

The geological history of the park dates back 250 million years. The Variscan Orogeny is responsible for the formation of the Bohemian Massif, which is one of the major chains of mountains in the park.

The closing of the Rheic Ocean and continual collision of tectonic plates led to the rise of the massif. Volcanic activity along with millions of years of erosion, resulted in the continual formation of the peaks.

Both Mesozoic and Cenozoic formations can be found throughout western Czech Republic. Faulting during the Alpine orogeny led to additional geologic activity in the region, giving the park the landscape and topography that it has today.

Over 80 percent of the park is covered in a forested landscape, making it the largest continuous forest within central Europe. A majority of these forested sections consist of spruce and beech trees.

The fields in the park are home to species of monkshood, Bohemian polymorphous gentian, rock bent-grass, Hungarian gentian, ragwort, broad-leaved marsh orchid and many more.

The raised bogs within the park are home to species of plants not found elsewhere in the park. Dwarf birch, deergrass, and crowberry are all common along with bog rosemary, spring quillwort and bog sedge.

Red deer and roe deer are common throughout the park, though red deer have begun to overpopulate the area. A stable population of lynx can also be found in the forested hills and are responsible for maintaining the region’s healthy population of roe deer.

European elk have also been spotted in the park, having previously migrated from Poland. At higher elevations in the park, the alpine shrew is able to thrive in its ideal habitat.

The vast forested sections in the park provide the ideal habitat for many other animal species. Common species include the white-backed woodpecker, hazel hen, Ural owl, red-breasted flycatcher, and Bechstein’s bat.

Though humans are thought to have inhabited the region for thousands of years, they lived in small communities, leaving the landscape relatively untouched. These early settlements formed along trading routes in the eastern foothills.

During the twelfth and thirteenth century, settlements slowly grew and deforestation began to take place. However the region was of little interest to many medieval settlers until around the fifteenth century.

Throughout the fifteenth century, settlements began to grow in size as economic activity continued to rise. The mountains were used for mining various ores while other economic advancements came from the practice of glassmaking.

However, this limited extraction and mining of ore still did not cause much harm to the landscape, especially at higher elevations. The core region of the mountains weren’t settled until the mid eighteenth century once deforestation increased.

While beech trees were logged in large numbers, local populations dwindled in the twentieth century and just a small network of communities remained. During World War II, many Czechs were forced to leave the region. After the war, many of the German-speaking people in the region were subsequently forced to leave and many migrated to Bavaria and Saxony.

The land that is now Šumava National Park remained under government control for many years. The Šumava Protected Land Area was established in 1963 to preserve the landscape. The region became a UNESCO biosphere reserve in 1990 and was designated as a national park in 1991.

Šumava National Park is home to numerous trails for hiking and backpacking. Here are some of the most popular trails in the park:

The Plechý / Plöckenstein trail takes hikers up to the summit of the tallest peak in the park. The route is 16 km (10 miles) long and it has 633 m (2,076 ft) of elevation gain. The peak is situated at the southeastern edge of the park, along the German border.

The trail climbs gradually before the final ascent up to the summit. Once at the top hikers are rewarded with panoramic views of the park and Lipno Dam off to the east. A campsite is also available along the trail for those wishing to complete the hike over the course of two days.

The Black and Devil’s Lakes Loop trail is 8.8 km (5.5 mile) long and it takes around 3 hours to complete. True to its name, the route passes two alpine lakes; Black Lake and Devil’s Lake.

Black Lake is the both the largest and deepest within the park, gaining it’s black color appearance from the dense forest that surrounds its shores. A viewing tower is situated between the two lakes and allows for glimpses of the pristine waters and dense forests.

Prášilské Lake Trail offers a shorter route to reach another alpine lake. The hike is 8.6 km (5.3 miles) and winds gently through the forests of the park. After around 1.5 hours hikers reach Prášilské Lake.

Similar to other lakes in the park, Prášilské Lake has crystal clear waters, fed by the snow melt each spring.

Looking for a place to stay near Šumava National Park? Here are some of the best cities and villages to check out in the region:

One of the most notable aspects of České Budějovice is that it is the birthplace of the original Budweiser beer. It’s believed that people have been brewing beer in the town since 1265. The beer from the town was well known and it was called Budweiser Bier, taking its name from Budweis, which is the German name for the town.

Budweiser Bürgerbräu, a brewery, was established in 1795. Eventually, in the late nineteenth century, the company began exporting beer to the United States. However, the Budweiser sold in the US today was founded by Adolphus Busch who was a German immigrant to the US.

As one might imagine, popular attractions in the city include Samson Fountain, the Black Tower, and various beer tours.

The town of Strakonice is just a 40 minute drive from Šumava National Park. Strakonice is home to around 22,000 people who live along the confluence of the Volyňka and Otava rivers.

The Strakonice Castle dates back to the thirteenth century and today acts as a museum for the city and surrounding region. Small shops and restaurants can be found throughout the city, offering a more local experience than nearby České Budějovice. 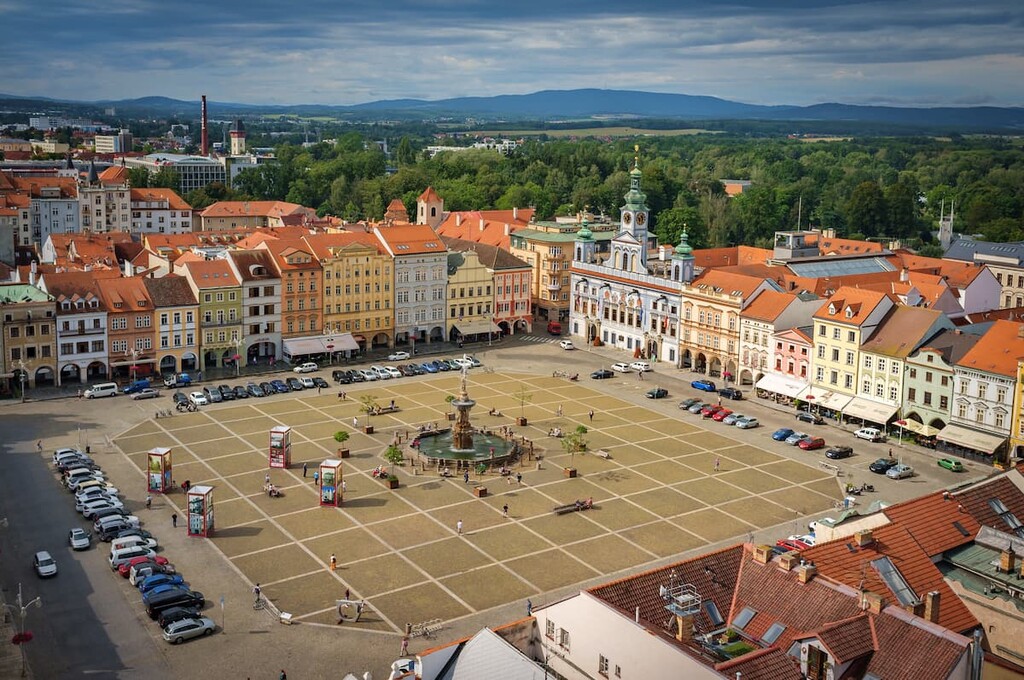 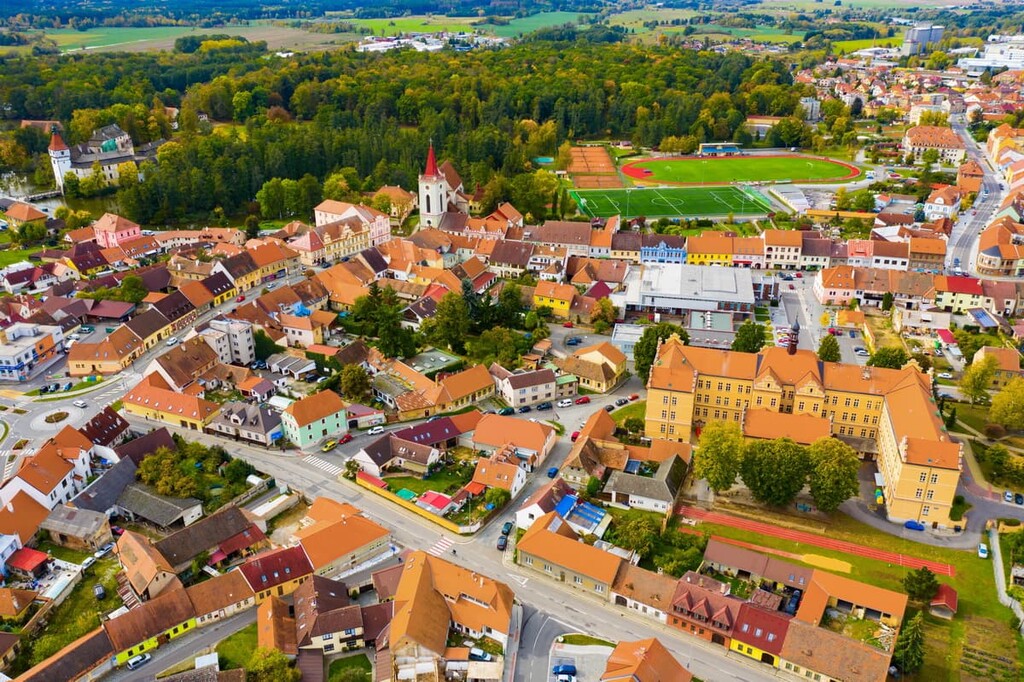 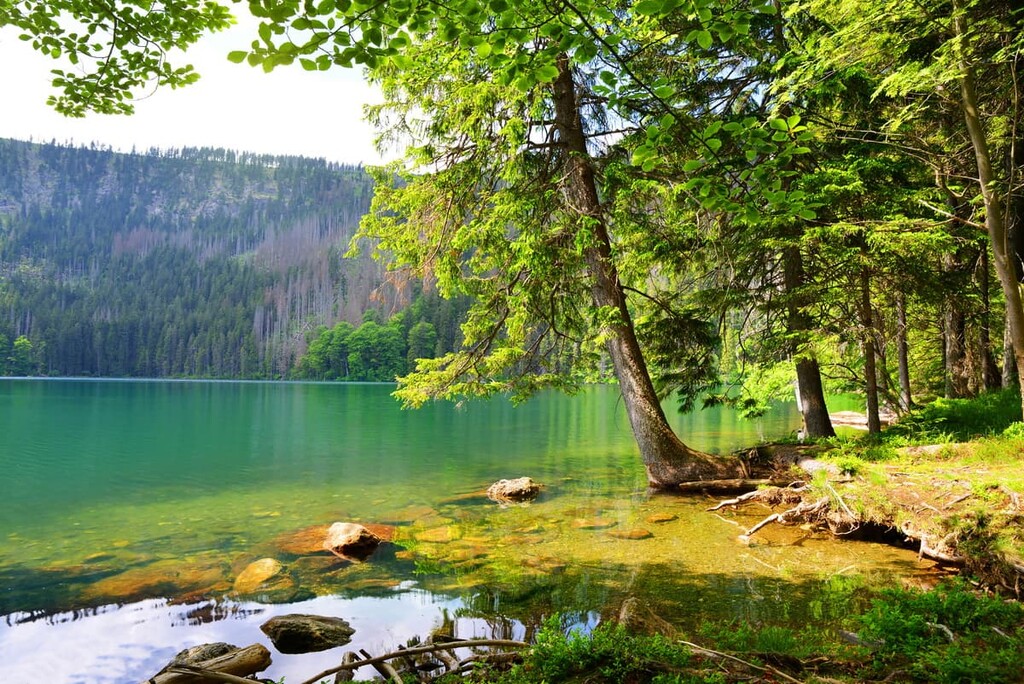 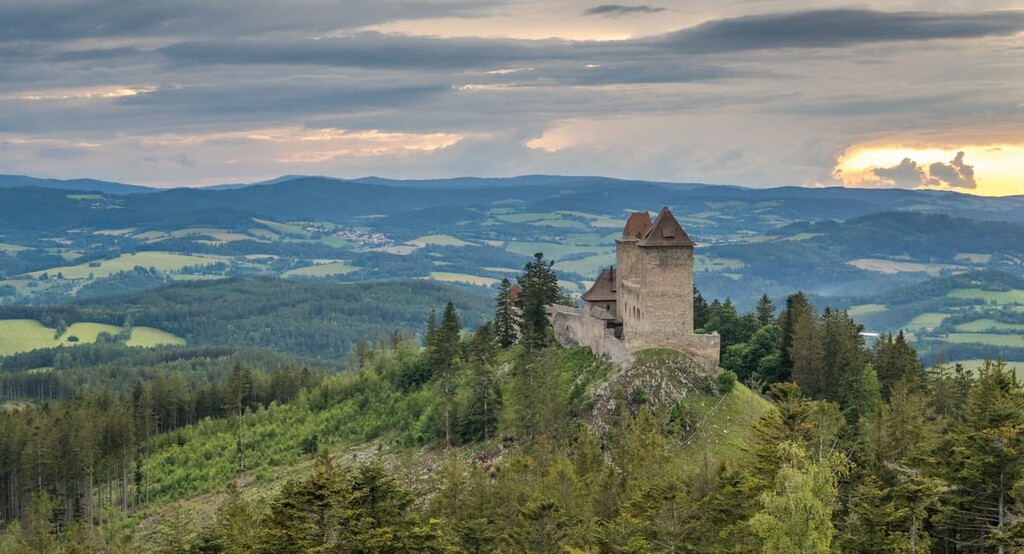 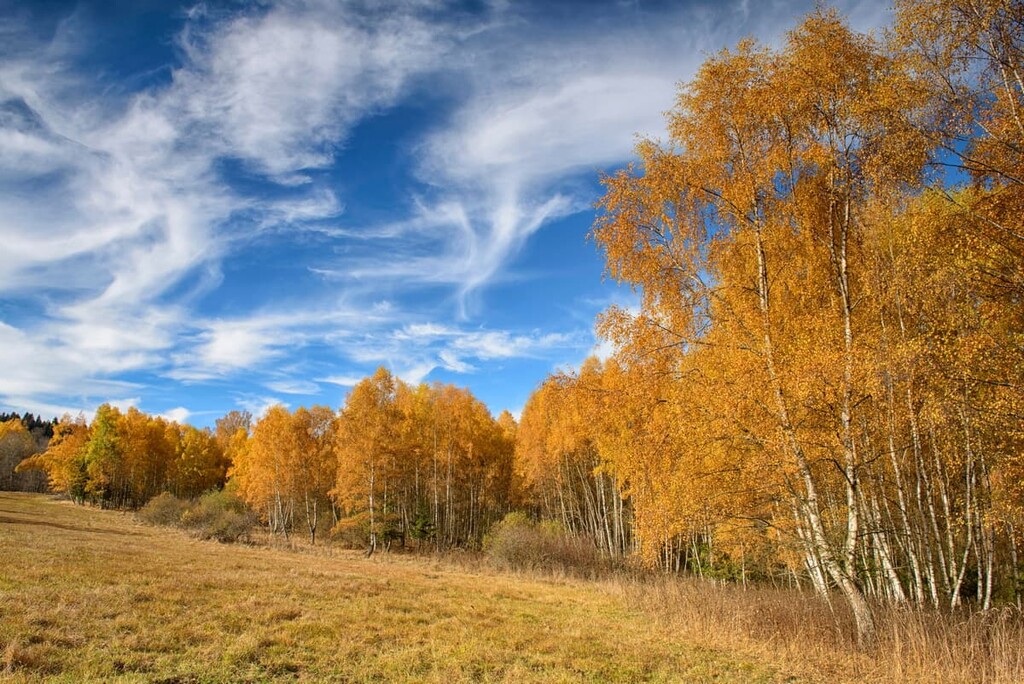 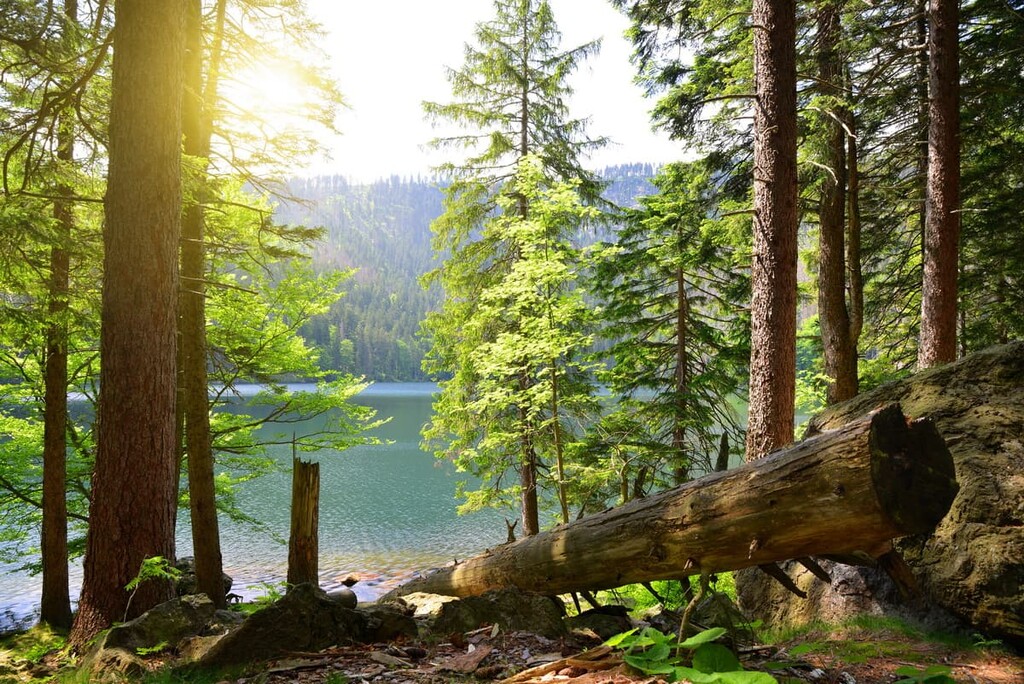 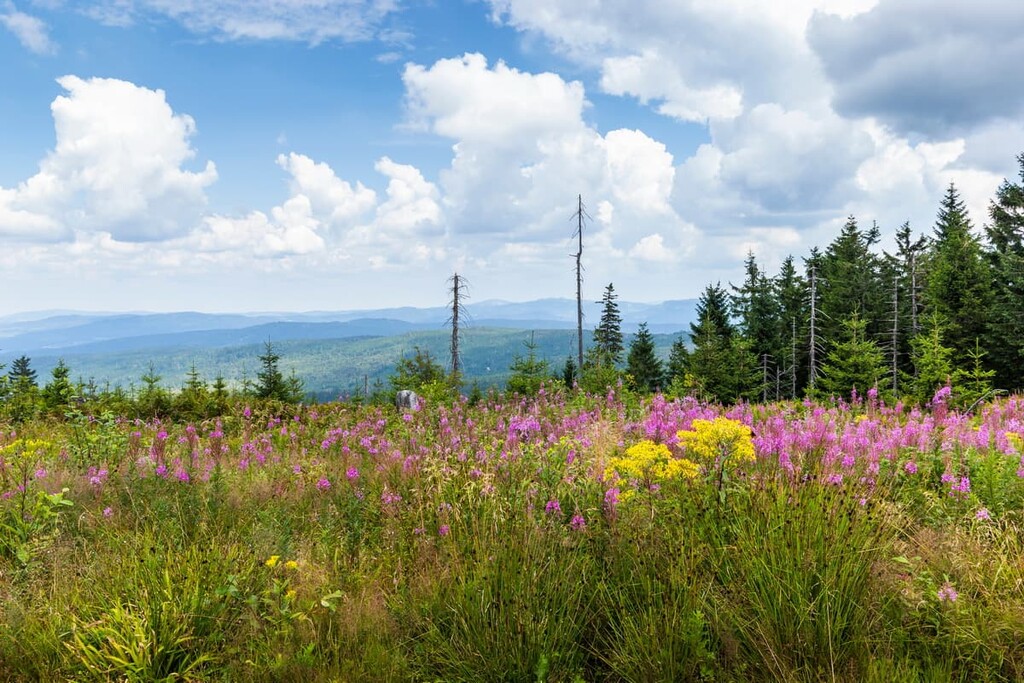