Established in 1995, the Stein Valley Nlaka’pamux Heritage Park covers 413 square miles of spectacular scenery and protects one of the last untouched watersheds of the southern Coast Mountains – the Stein River watershed. The name ‘Stein’ derives from the Nlaka’pamux word, “stagyn,” meaning ‘hidden place.'

The park’s name not only reflects the obscure nature and size of the Stein River but is also believed to reflect the spiritual significance of the landscape to the First Nations in the area. In fact, the Stein Valley Nlaka’pamux Heritage Park is managed jointly by BC Parks and the Lytton First Nation. 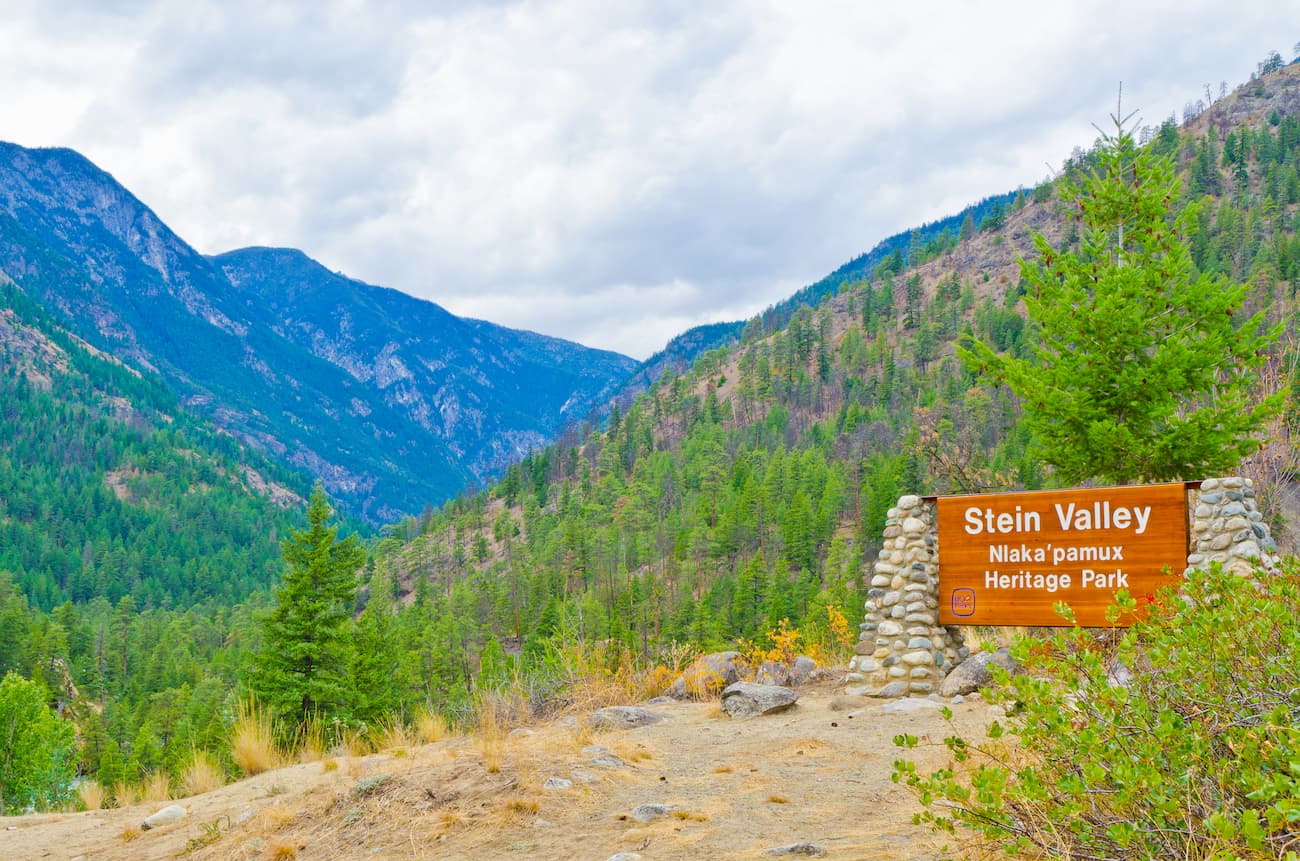 The Stein Valley region is infamous for its rugged, wilderness hiking. The park contains over 93 miles of trails, including several cable crossings over the Stein River and Scudamore Creek. Incredible pictographs can also be found scattered throughout the park, making it one of the largest pictograph sites in Canada. Some of the pictographs are easily visible, while others are closely guarded secrets.

One of the most renowned pictographs in the park is the “Asking Rock.” First Nations people would stop at the “Asking Rock” to request permission to enter the Stein Valley and ask the spirits for good weather and safe travels.

Stein Valley is tucked within the Lillooet Ranges, a subgrouping of the Coast Mountains. Despite the park only containing 26 named mountains, elevations range from 8,000 to over 9,000 feet. The tallest peak in the park, Skihist Mountain, is a 9,700-foot monolith that sits in the Cantilever Range, a small subrange of the Lillooet Ranges. Skihist (pronounced Ski-hist) is considered the highest peak in southwestern British Columbia. Nearby, Petlushkwohap Mountain also reaches an impressive 9,629 feet and is the second-tallest in the Lillooet Ranges. Other noteworthy summits in the park include Siwhe Mountain, Kwoiek Peak, and Mehatl Peak.

The Stein Valley straddles the transition zone between the dry interior to the wet, Coastal Mountains region. As a result, the park supports a wide variety of vegetation and wildlife. The lower valley is dense in forests of ponderosa pine, while large stands of Douglas fir and hemlock, cedar, spruce, and fir can be found along the western boundary of the valley. Higher elevations sustain stands of Engelmann spruce and subalpine fir, as well as white bark pine and alpine tundra.

Despite being close to an urban center, due to a lack of amenities, Stein Valley remains a rugged, underdeveloped wilderness and visitation is relatively low. There are no roads into Stein Valley, but several trails access the park and plenty of multi-day backpacking trails lead to incredible alpine lakes, glaciers, snow-capped summits, and alpine ridges.

The Stein Valley Traverse is a 55-mile mile trek through the heart of the Stein Valley Nlaka’pamux Heritage Park. Arguably the best-known trail in the park, this 8-day traverse meanders through temperate forest, leading to a series of gorgeous alpine lakes and glaciers. If you don’t have a week to spend in the woods, the western portion of the trail, which travels from Lillooet Lake to the Lizzie Creek Cabin, an excellent alternative.

The trek to Elton Lake isn’t for the faint of heart. This rigorous route does not contain a well-defined trail to follow, so hikers are expected to have excellent route-finding skills. Nevertheless, those with the skills and ambition to trek to Elton Lake will be rewarded with stunning cobalt blue waters and an impressive view of headwall glacier.

Situated on the Fraser River, Lillooet is one of the most popular cities to explore this region of British Columbia. The ample outdoor recreation potential in Lillooet draws visitors from around the world who are looking to explore the pristine mountains, valleys, and lakes surrounding the Fraser River. Lillooet was first established during the gold rush, in 1858, and was once the second largest town west of Chicago. The town itself is home to plenty of accommodations, including cabins, hotels, and is central to several other major cities like Vancouver and Whistler. Several parks and wilderness areas sit within reach of Lillooet including Seton Lake Recreation Area, Conway Park, Downtown Park, and Murray Park.

Not far from the Stein Valley, Whistler is an excellent basecamp for outdoor adventure. Whistler is best-known for hosting the 2010 Winter Olympic games, so it’s not surprising that this city, which is nestled within the Coastal Mountains, is a popular destination for backcountry skiers and snowboarders. Whistler Blackcomb, which sits within Whistler Village, sits at the base of the Whistler and Blackcomb Mountains and offers a resort village catered to outdoor enthusiasts. Shopes, cafes, bars, and restaurants line the streets of this pedestrian-only village. 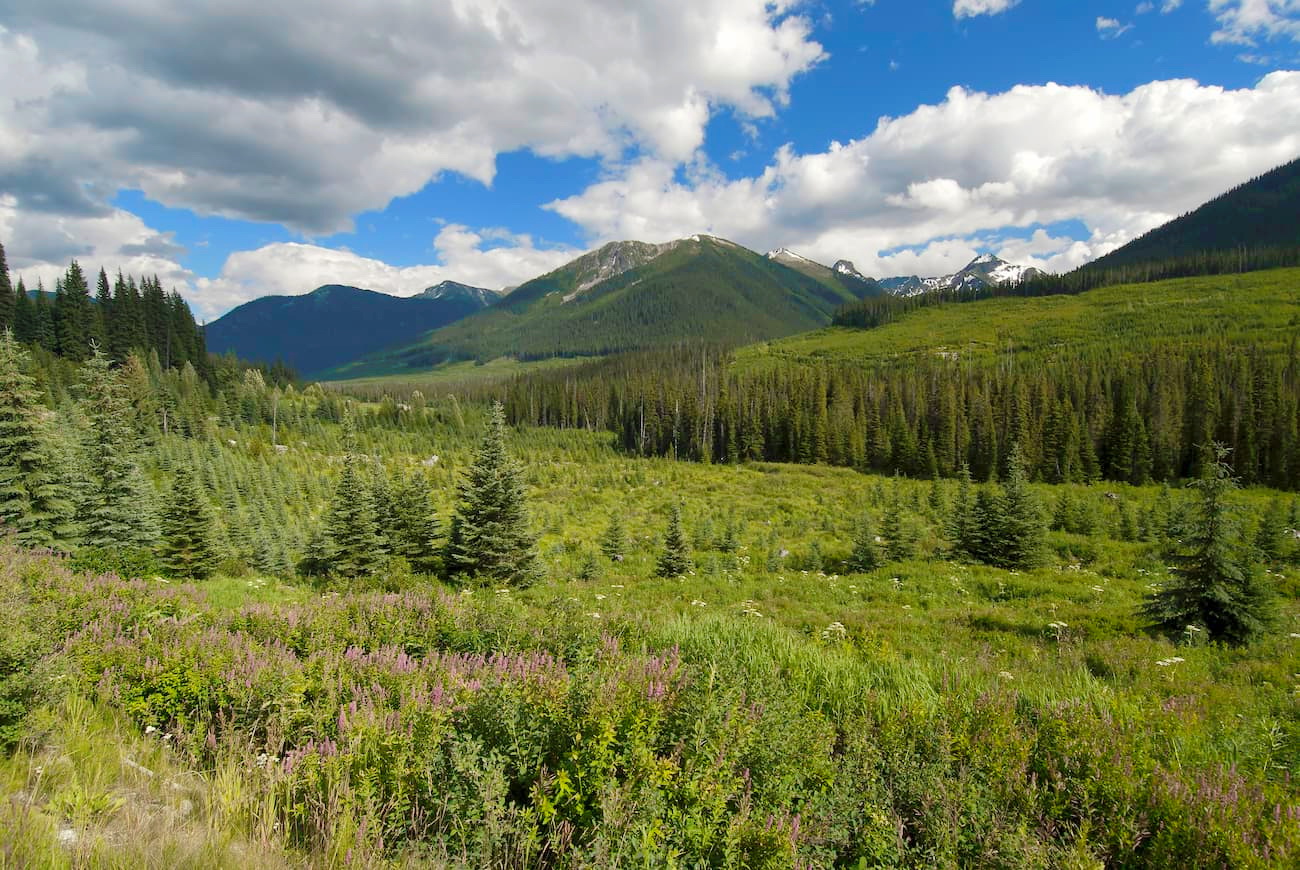 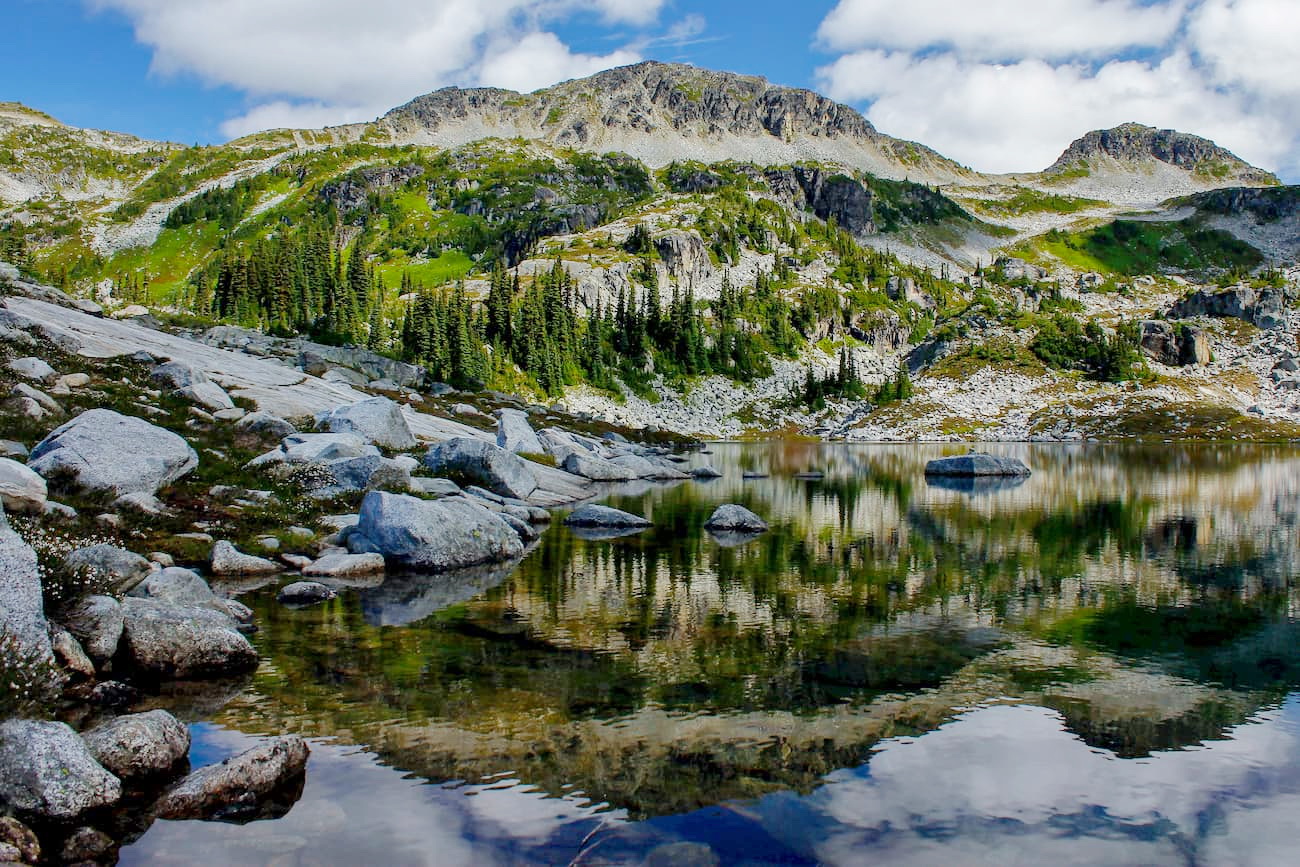 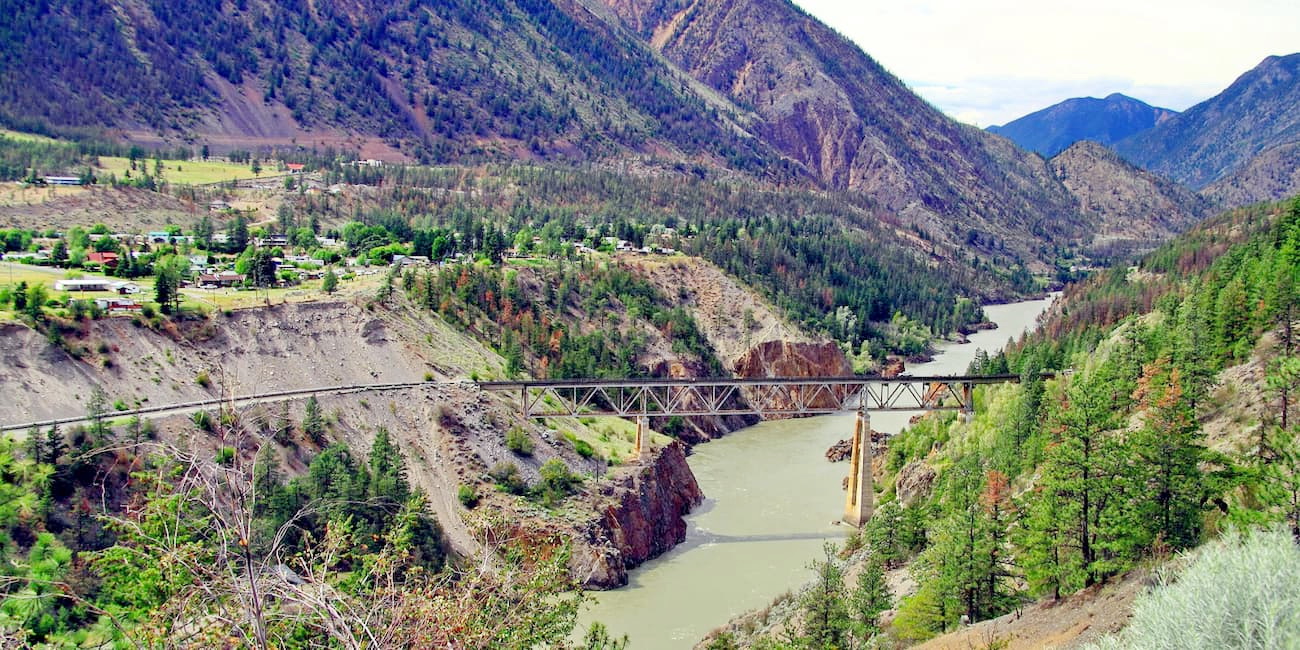 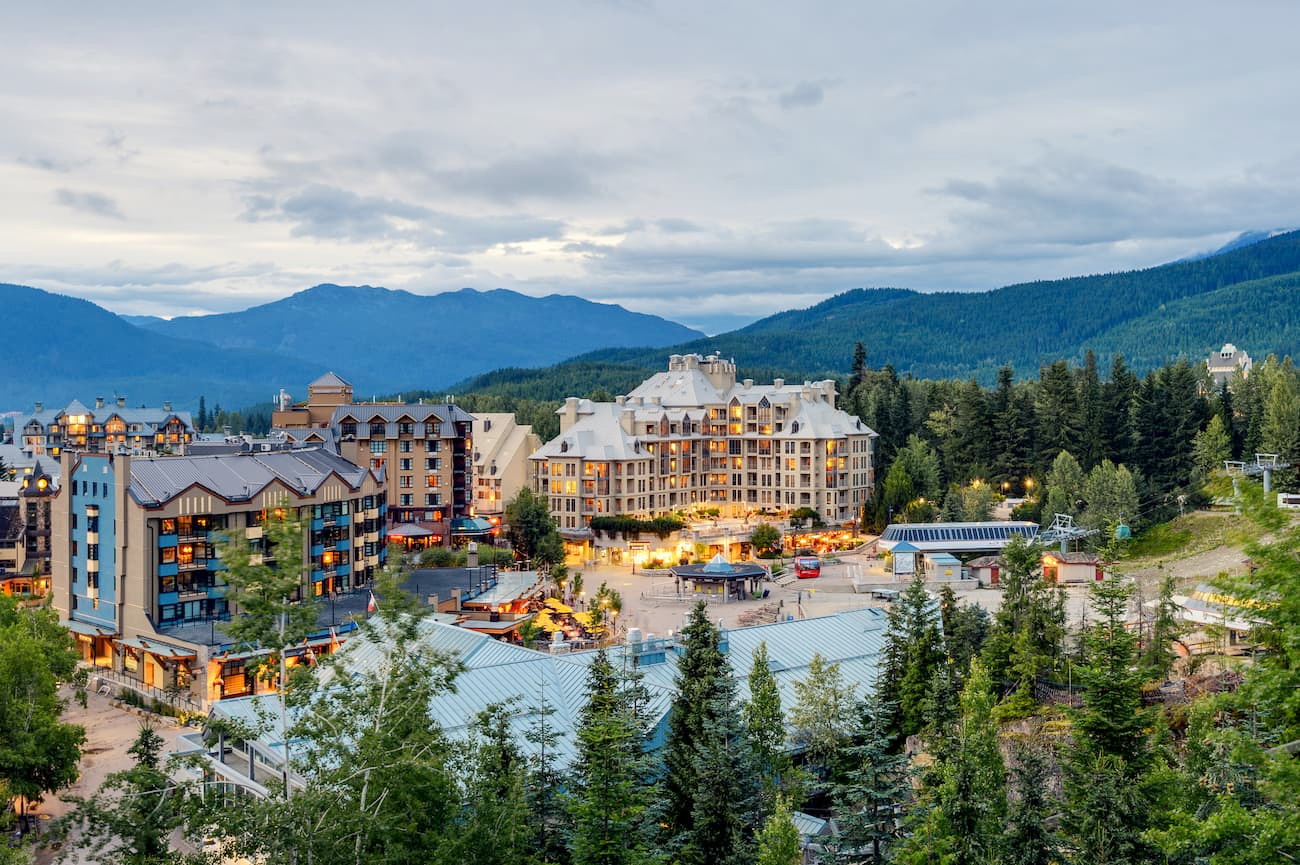