Shiretoko National Park is a protected area located in the far northeastern corner of Japan. There are 16 named mountains in the park, the tallest and most prominent of which is Mount Rausu, one of Japan’s 100 most famous mountains, which stands at 1,661 m (5,449 ft) tall and has 1,344 m (4,409 ft) of prominence. 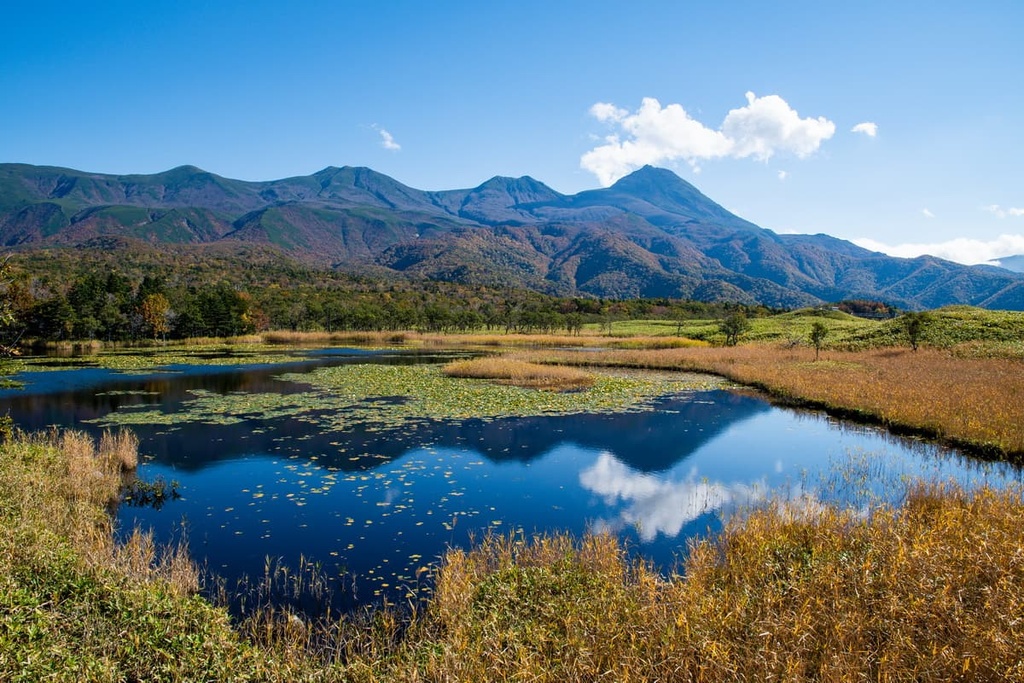 Shiretoko National Park is situated on the Shiretoko Peninsula. The peninsula juts out from the northeastern coast of Hokkaido—a prefecture and the northernmost of Japan’s major islands. It is split between the subprefectures of Okhotsk in the west and Nemuro in the east.

The park derives its name from a local Ainu word, which means something along the lines of “the place where the earth protrudes,” or “the end of the Earth.” These are fitting names for Shiretoko National Park, as it protrudes both out into the ocean and it appears to shoot up into the sky, thanks to its rugged mountains and volcanoes and views of the surrounding landscapes.

The peninsula juts out into the Sea of Okhotsk, and from the park, one can see the nearby disputed island of Kunashir across the Strait of Nemuro. A fantastic collection of natural wonders and unique phenomena, such as drift ice, earn the park its status as a UNESCO World Natural Heritage Site.

The west side of the park contains craggy coastlines and waterfalls. In the winter, amalgamations of drift ice form along the coast.

Additionally, the park is home to meadows, lakes, marshes, old forests, and the Furepe-no-Taki Falls. In the central and eastern sides of the park, there are many of the Shiretoko mountains, including Mount Rausu, Mount Io, and Mount Shiretoko. Here, you can also find hot springs, forests, lakes, and marshes like Lake Rausu.

The climate of Shiretoko is generally cold, with snow-capped mountains found all year except for its short summers, and long winters that are marked by the appearance of sea ice.

Shiretoko’s geological make-up is heavily volcanic in origin. Mount Io, for one, is a basaltic and andesitic stratovolcano formed out of a subduction zone that’s pockmarked by two craters (one of which is topped by a small lava dome). The last recorded eruption of Mount Io occurred in 1936.

Additionally, Mount Io is part of the greater Kuril Islands volcanic archipelago, as is the stratovolcano of Mount Rausu, which dates back to the early Holocene. These two peaks form the Rausu-Shiretoko Io Volcano group.

Mount Shiretoko, which is also part of the Kuril Islands arc, is a stratovolcano from the Middle Pleistocene. It’s made of non-alkali mafic rocks and andesite. But it hasn’t erupted in around 200,000 years.

The forests of Shiretoko are mainly temperate and subalpine mixed forests. They are home to conifer and broadleaf forests of Sakhalin firs and spruces, Erman’s birches, painted maples, and Mizunara oaks.

At higher elevations, you can find populations of Japanese stone pines. Meanwhile, in the alpine zone, there are unique plants such as the endemic Shiretoko violet, particularly between Mount Rausu and Mount Io.

There is quite a medley of famous and notable animal species to be found on the Shiretoko Peninsula depending on the season. This includes almost 40 land mammals and 22 marine mammals.

These animals range from owls and raptors like the Steller’s sea eagle, white-tailed eagle, and Blakiston’s fish owl to marine mammals like the orca, spotted seal, Baird’s beaked whale, and sperm whale, among various species of dolphin and porpoise.

The park is also home to one of Japan’s largest brown bear populations, as well as Sika deer and red foxes.

The Okhotsk traditionally lived a lifestyle of coastal fishing and hunter-gathering. It’s likely that the Ainu deification of the brown bear (viewed, alongside the Blakiston’s fish owl, as a protective deity) originated with the Okhotsk.

In the 1800s, Shiretoko Peninsula became a hotspot for fishing, which became the area’s dominant industry.

The area was first protected as a national park in 1964. However, its borders have been changed a number of times over the last few decades. Additionally, in 2005, Shiretoko National Park was also designated as a UNESCO World Heritage Site.

Out of a desire to protect the park’s stunning natural landscapes, visits to the park may be limited depending on the season.

Visitor limitations and restrictions are more common during the park’s peak season, which occurs during the summer. From time to time, you may be required to book a guided tour and/or make a reservation in advance if you wish to visit the park during the busy season.

Reasonable caution should also be taken against brown bears when hiking through Shiretoko. It’s recommended that one consult a Shiretoko field house or visitor’s center for how to best keep yourself and the local environment safe on your journey.

As for the hikes themselves, one of the most accessible is the hike around the clear and pristine Shiretoko Five Lakes, surrounded by marshland and forests and backdropped by picturesque mountains. From the Shiretoko Five Lakes field house, there is an 800 m (2,625 ft) promenade and two ground pathways, one that is a 1.6 km (1 mi) loop, and another that is a 3 km (1.9 mi) loop.

At the Shiretoko Rausu Visitor Center, there are multiple hikes to some of Shiretoko’s most dramatic and unique landmarks.

The Rausu Onsen Route makes for a challenging 14.6 km (9 mi) trip up Mount Rausu that, due to its length and elevation gain, could take between 9 to 12 hours. From the center is also the 6 km (3.7 mi) round-trip hike to Lake Rausu, and a stream-flanking footpath to the Kumagae-no-Taki Falls.

The Iwaobetsu Route is another option for traveling to Mount Rausu. It is a more casual route that travels through less rugged land, with a popular onsen at its base.

The Shiretoko World Heritage Rusa Field House is the gateway to exploring Shiretoko’s coast. It is popular for sea kayaking and for observing the oceanfront. But it is also host to unmarked trails along the coast, particularly around Mount Shiretoko and Cape Shiretoko, that are best for hikers with a lot of experience.

There are also several trails from the Shiretoko National Park Nature Center, including the 2 km (1.2 mi) loop to the cliffside Furepe-no-Taki Falls on the west side of the park.

Outside of hiking, sea canoeing, boat rides, and expeditions to the seasonal ice drifts are other common ways of enjoying all that Shiretoko has to offer.

As Shiretoko National Park is located in a rather remote area of northern Hokkaido, large cities are few and far in between. In fact, Hokkaido’s capital of Sapporo is almost six hours away.

However, there are numerous larger towns or small cities nearby, typically with populations at around tens of thousands of people, that can provide many opportunities for lodging, dining, recreation, and sightseeing on their own.

Outside of the two main cities, Kitami and Kushiro, the coastal fishing town of Utoro is a popular lodging destination for those traveling to Shiretoko. It sits at the entrance to the park and contains several traditional Japanese ryokans (inns) and bed-and-breakfasts. It’s also a hub from which many boat tours and smaller paths depart.

It should also be noted that public transportation to Shiretoko is generally limited to a few bus routes. The most convenient route is perhaps the bus from the Memanbetsu Airport or the town of Shari to Utoro on the west side. Alternatively, you can take the buses from Kushiro to Rausu.

Kitami, with a population of around 120,000 people, is the largest city in the Okhotsk Subprefecture. It is located about two hours away from Shiretoko National Park near the Kitami Mountains.

Kitami is a fascinating city that’s known for its scenic landscape, high quality hot springs and onsens, love of curling, and its bright and abundant flowers and herbs. At one point, the city was also the world’s largest source of mint.

Popular attractions in and around the city include:

In particular, at Lake Saroma (a saltwater lake), you can also find the Wakka Nature Center and Wakka Wild Flower Park. This is a massive expanse of coastal grassland where hundreds of species of plants bloom from late spring to October.

The city is also host to various seasonal festivals that celebrate its natural environment, such as the Kitami Winter Festival in January, the Bonchi Festival in July, and the Chrysanthemum Festival in mid-autumn.

The closest airport to Kitami is Memanbetsu, which operates flights between many of Japan’s largest cities. The city is also connected to the Hokkaido railway system, and has its own bus routes for travel both in and out of the city.

Located less than three hours from Shiretoko is the southern coastal city of Kushiro, the most populated city in eastern Hokkaido with almost 170,000 inhabitants.

Kushiro sits at the heart of natural beauty in southeast Hokkaido. It’s just a short distance from Akan and Kushiro Shitsugen National Park, the Kushiro Marshland and river, and the clear Lake Akan with its hot spring resort. Situated near Lake Akan is also a historic Ainu village with renowned traditional theaters, dances, and handicrafts.

In the city, Kushiro is known for the impressive arts collection at the Kushiro Art Museum along the river, the Kushiro City Museum overlooking Lake Harutori, the Fisherman’s Wharf, the romantic Nusamai Bridge and its glorious sunsets. It’s also known for its local cuisine, especially seafood and the local Hokkaido crab, which you can experience at Kushiro Washo Market.

Downtown Kushiro, around Suehiro-cho, is a hub of nightlife in the city. It is home to restaurants, traditional bars, and karaoke bars. Interestingly, Kushiro is one of the country’s hubs for ice hockey and the sport of bandy.

Kushiro can be accessed through the Hokkaido railway system, though it also has its own domestic airport with flights between major cities like Sapporo, Tokyo, and Osaka. 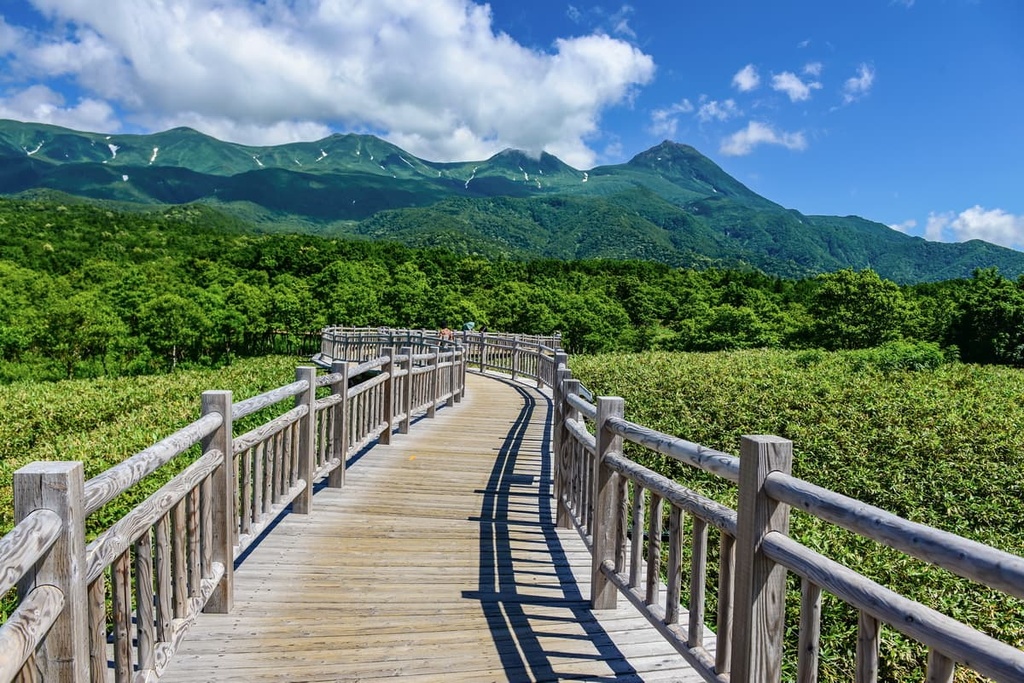 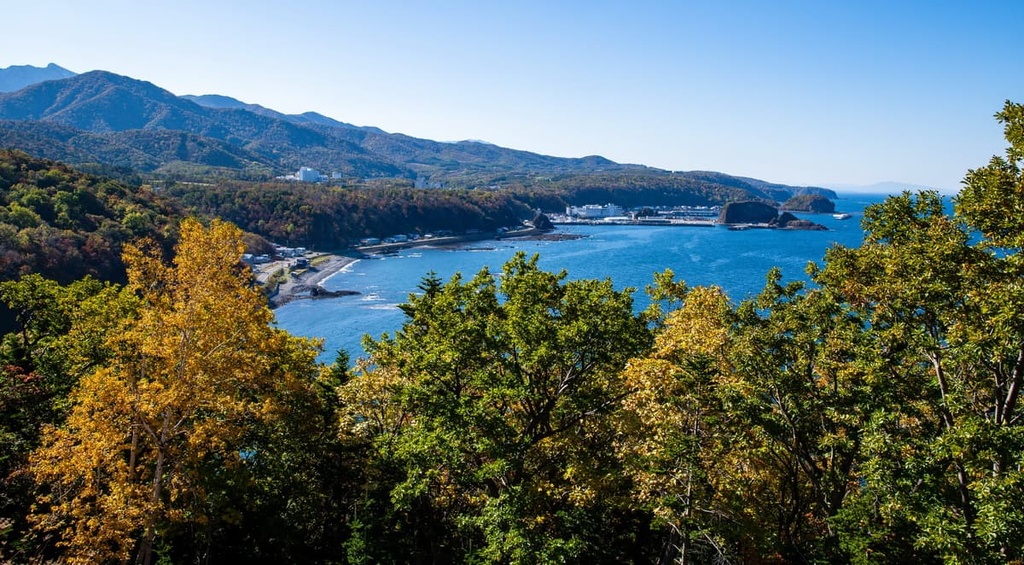 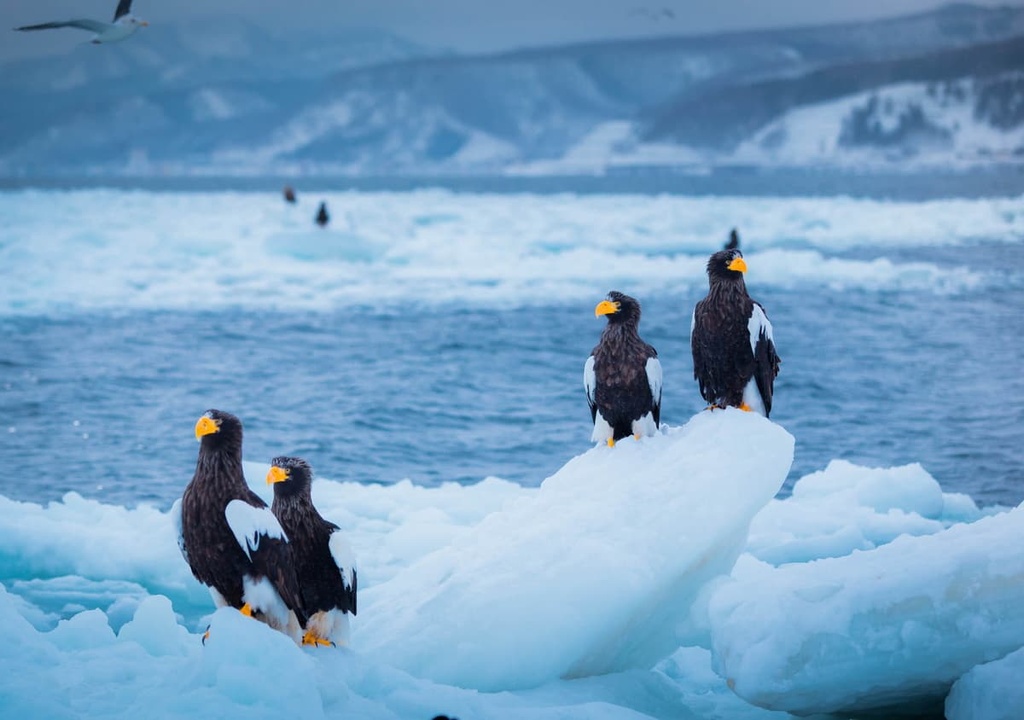 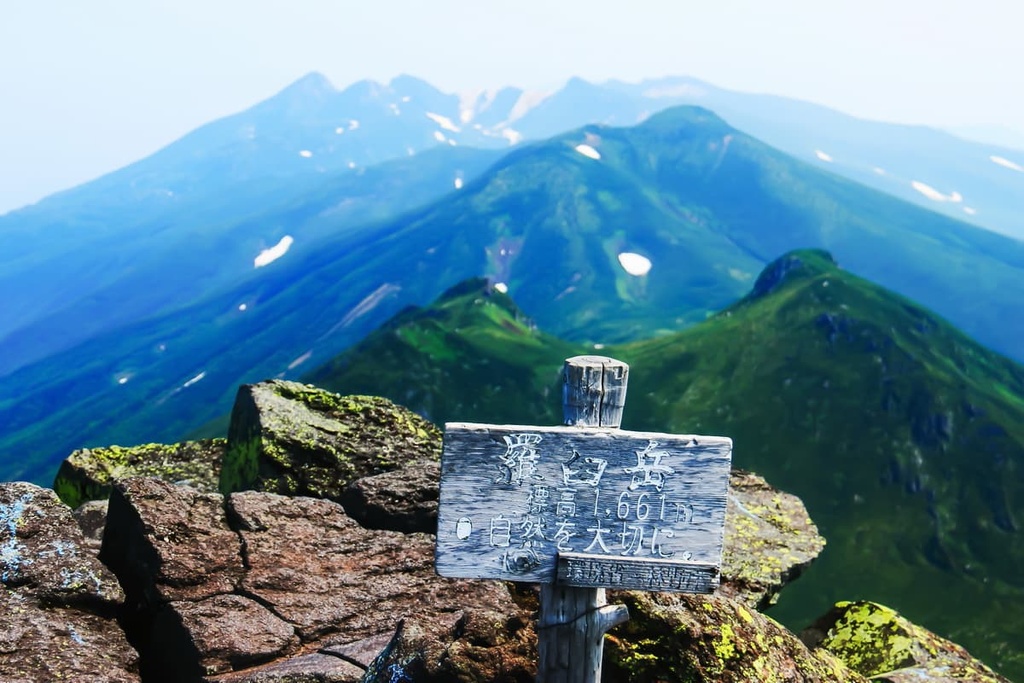 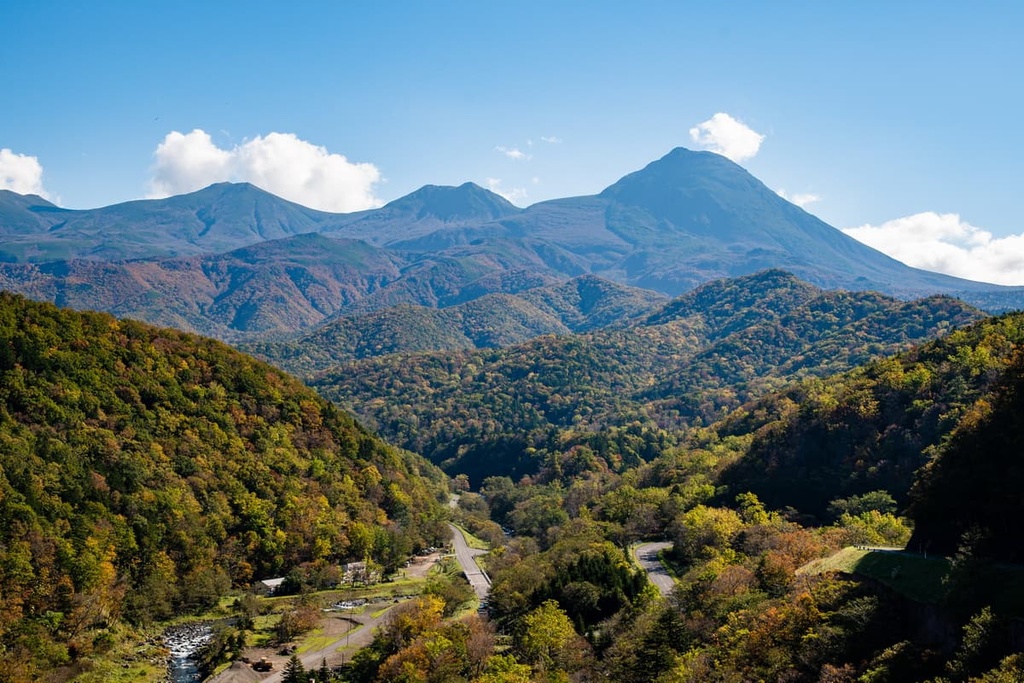 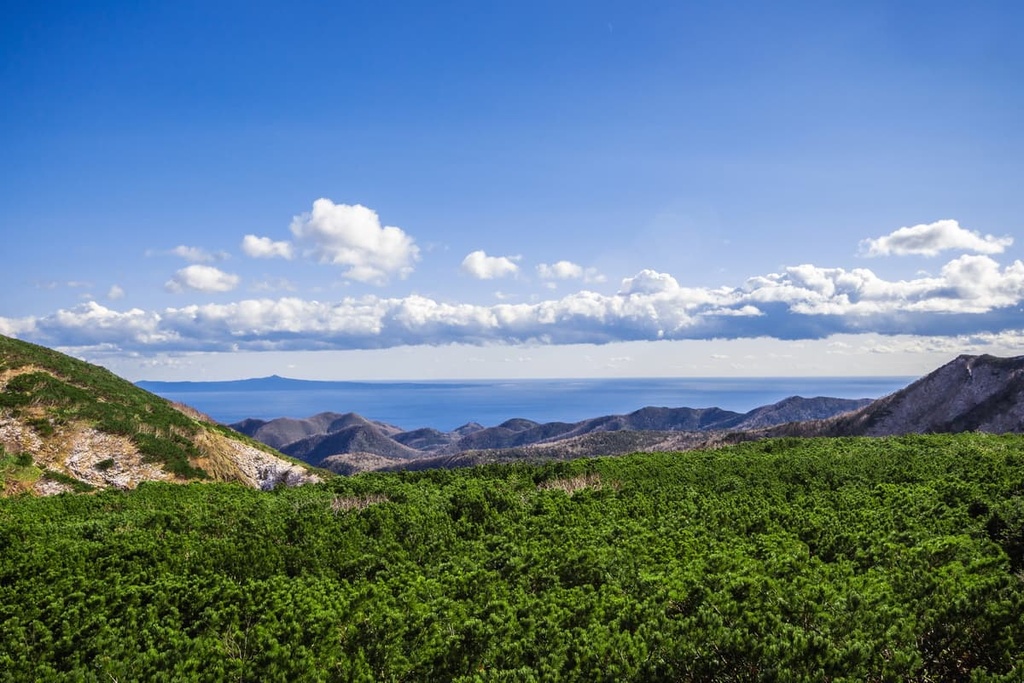 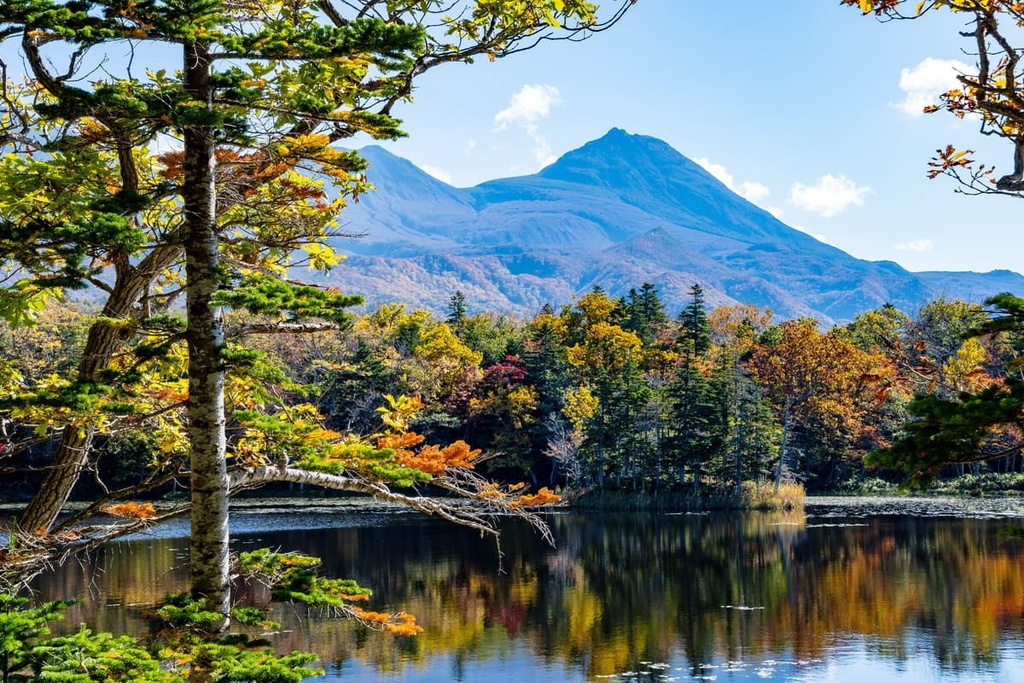 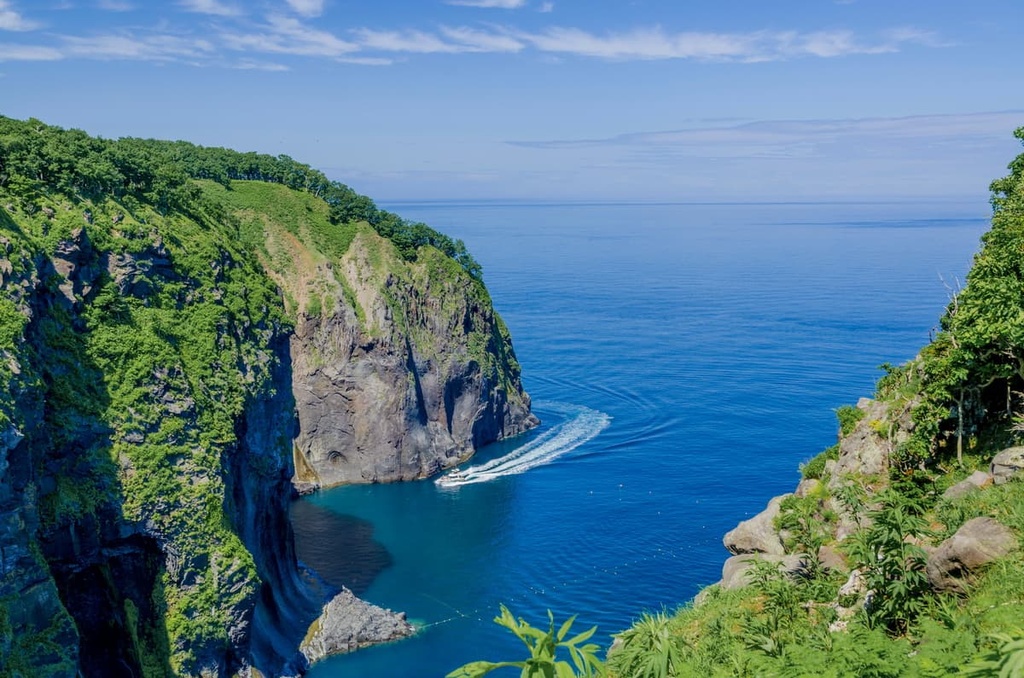