The Regional Natural Park of the Apuan Alps (Parco Alpi Apuane) is a mountainous park known for its rugged landscape that’s located along the northwestern coast of Italy. The park encompasses some of the highest peaks along the coastline. There are 251 named mountains in the park. The tallest and most prominent is Monte Pisanino at 1,947 m (6,388 ft) in elevation with 1,169 m (3,835 ft) of prominence. 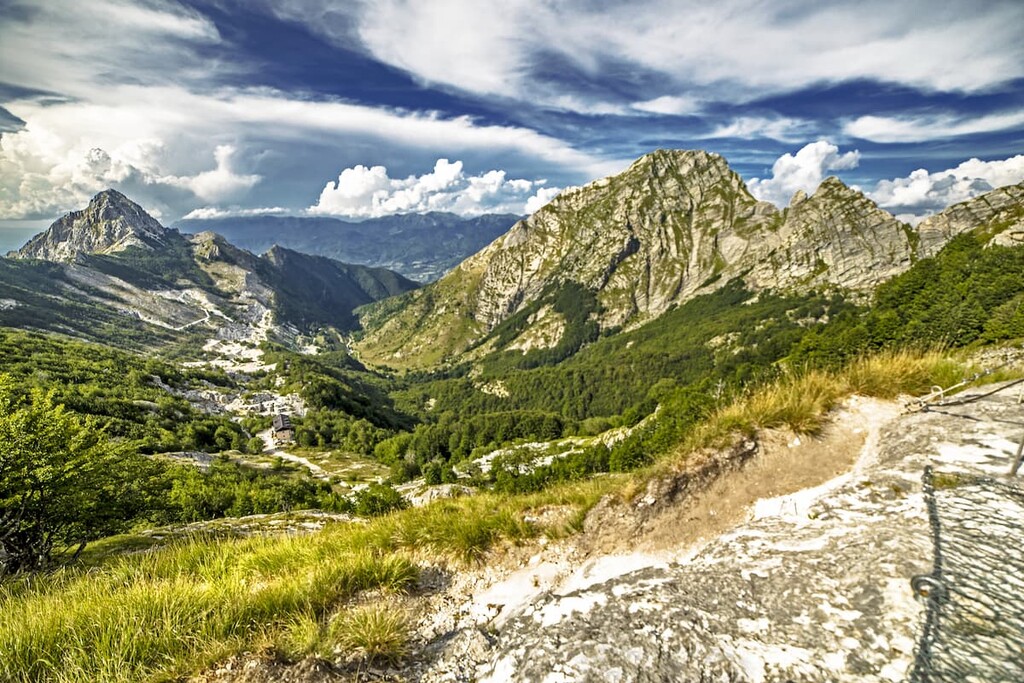 The peaks, and the park as a whole, are located in the provinces of Massa-Carrara and Lucca. The Apuan Alps span approximately 55 kilometers (34 miles) along the western coast of the country. The range is marked by the valleys of both the Serchio and Magra rivers.

Amidst the abrupt and jagged peaks of the park lie expansive views of the sea to the west. Throughout the park are small lakes of vibrant blue and green water that closely resembles alpine geography.

Besides lakes, the park is also home to over 1,300 known caves including the Antro del Corchia in Stazzema, which happens to be the deepest cave system in the entire country. Natural limestone arches, along with a plethora of ghost towns and abandoned structures are found throughout the park.

The mountains within the Regional Natural Park of the Apuan Alps are part of the Apuan Alps, which is a northern subrange of the Apennine Mountains. The Apennines consist of numerous subranges that extend 1,200 km (750 miles) along the length of Italian peninsula.

Much of the subrange that lies within the park consists of sedimentary rock coming from the historic Tethy Sea. The collision of the African plate with the European plate (alongside other tectonic events) resulted in the Alpine Orogeny, which formed the Alps.

Over time, and with continued tectonic collision, the Apennines began to form. The sediments that form limestones, sandstones, shales, and dolomites began to compact into the rocks that we see today.

Eventually, this pressure resulted in the metamorphosis of some of the region’s limestone into the famous Carrara marble. Continual erosion over millions of years wore down the other sedimentary rocks, leaving behind the jagged peaks that define the park today.

In fact, the Regional Natural Park of the Apuan Alps boasts such a unique geology that it is designated as a UNESCO Global Geopark. The entirety of the regional park is part of the Geopark. It is prized for its large cave system and its historic marble reserves.

Amidst the rocky peaks of the park lie densely forested hills intermixed with open areas. Oak, and chestnut trees can be found in the valleys while beechwoods are more prominent at higher altitudes.

Fauna in the region has dwindled as human populations have continued to grow. While there were once populations of bear, deer, wolf, and linx, none are present in the park today. In recent years both goats and mouflons (wild sheep) have been reintroduced to the park.

Large populations of bats and numerous species of rodents can be found within the many caves in the park. Common bird species include the royal eagle, crag martin, accentor, and sea-crow, the latter of which is featured on the emblem for the park.

The deep caves of the park offer an ideal habitat for the Italian cave salamander, spectacled salamander, and the alpine newt.

Located on the outskirts of Liguria, humans have inhabited the region that is now part of the park for thousands of years. Dating back to the Bronze Age, around 3300 BCE to 1200 BCE, ancient civilizations lived mainly along the region’s coastlines, venturing into the mountains for hunting purposes.

The city of Massa, which lies just outside of the park, dates back to the second century CE. The city was the capital of the Principate of Massa and Carra from the fifteenth to nineteenth centuries.

The current town of Carrara was originally established by the Romans in the second century BCE. The city has a rich history of mining marble since the Roman Age.

During the end of the nineteenth century, Carrara became home to many of the quarry workers who had more radical beliefs than the rest of the country. Violent revolutionaries from other parts of Europe traveled to the city and founded an anarchist group.

Many famous sculptures such as the Pantheon and Trajan’s Column used marble from the mountains within the park. Today besides being a park, the region is still home to marble quarries, hiking trails, and guided tours.

Regional Natural Park of the Apuan Alps is home to numerous trails and other opportunities for outdoor recreation. Here are some of the most popular trails in the park:

Monte Forato is also known as Pania Forate. This hike showcases a massive natural arch that connects its two peaks.

The Pania della Croce – Foce di Mosceta Trail is 11.3 km (7 miles) in length with 945 m (3,100 feet) of elevation gain. The loop trail travels above the treeline through the grasslands of the park.

Numerous viewpoints throughout the trail showcase the Apuan Alps and nearby ocean. Sections of the trail hike along exposed ridgelines so hikers should be cautious of visiting on a hot day.

The Montare Altissimo trail is 6.4 km (4 miles) long with 540 m (1,771 feet) of elevation gain. The loop trail passes by a marble quarry marked by massive slabs of the region's famous marble. Once at the summit, hikers have beautiful views of the forested hills stretching out to the nearby sea.

There are many guided cave tours within the park and surrounding region. Because the caves are such delicate ecosystems, many of them require a guide or service fee before entering. Some caves limit the number of visitors per day so tourists should plan ahead to reserve a tour spot.

Looking for a place to stay near the Regional Natural Park of the Apuan Alps? Here are some of the best cities and villages to check out in the region:

The city of La Spezia is located just northwest of the park. As a common stop for those visiting the Cinque Terre as well as the Apuan Alps, La Spezia is home to numerous hotels, and restaurants, making it well-equipped for tourists.

The city’s train system also allows for easy access to the Cinque Terre in the north and the communities of Massa, Lucca, and Pisa that lie to the south. Besides hiking, other well-known attractions in the city include the San Giorgio Castle, Isola Palmaria, Basilica of Santa Maria Assunta,and Ponte Thaon di Revel.

South of the park lies the city of Pisa, capital of the province of Pisa. The city has a population of around 92,000 people and is known for its historic architecture, including the leaning tower of Pisa.

Besides the leaning tower, Pisa is also known for the Piazza del Duomo, Santa Maria della Spina, and picturesque strolls along the Arno River. The numerous museums, close proximity to hiking, make Pisa a perfect place to visit while traveling along the Italian coast. 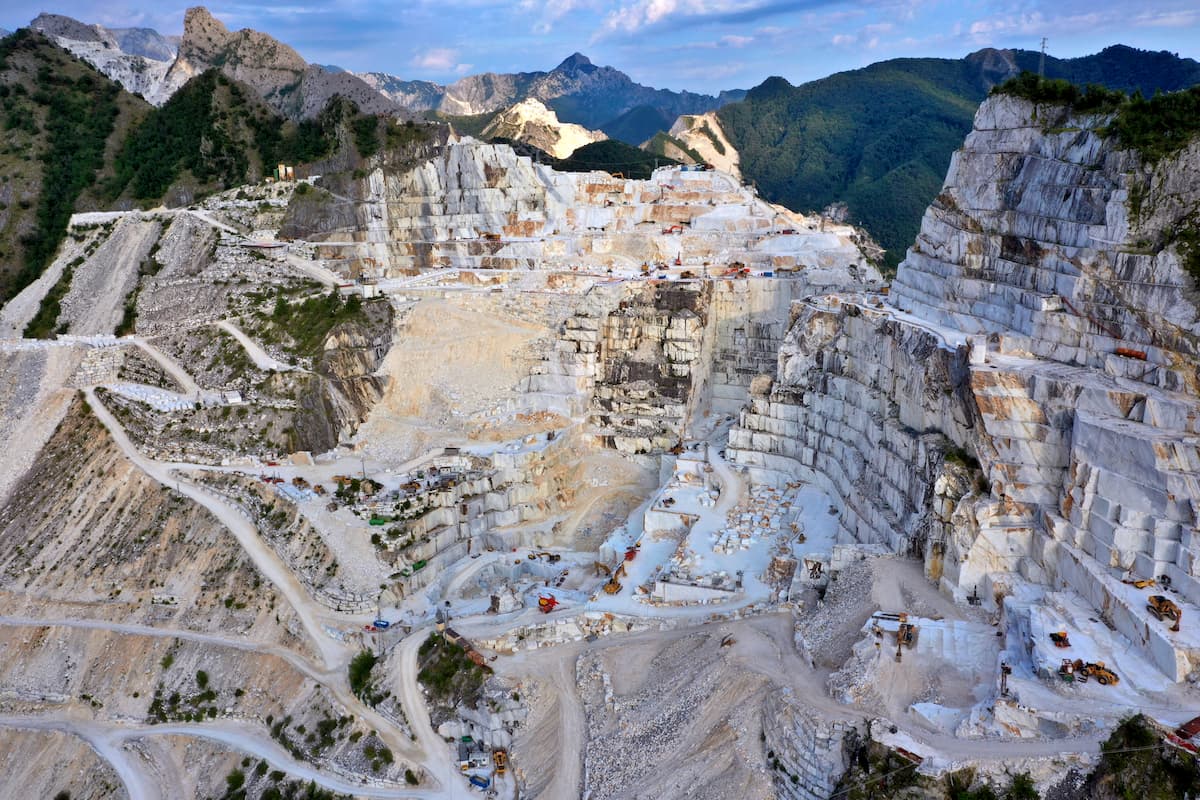 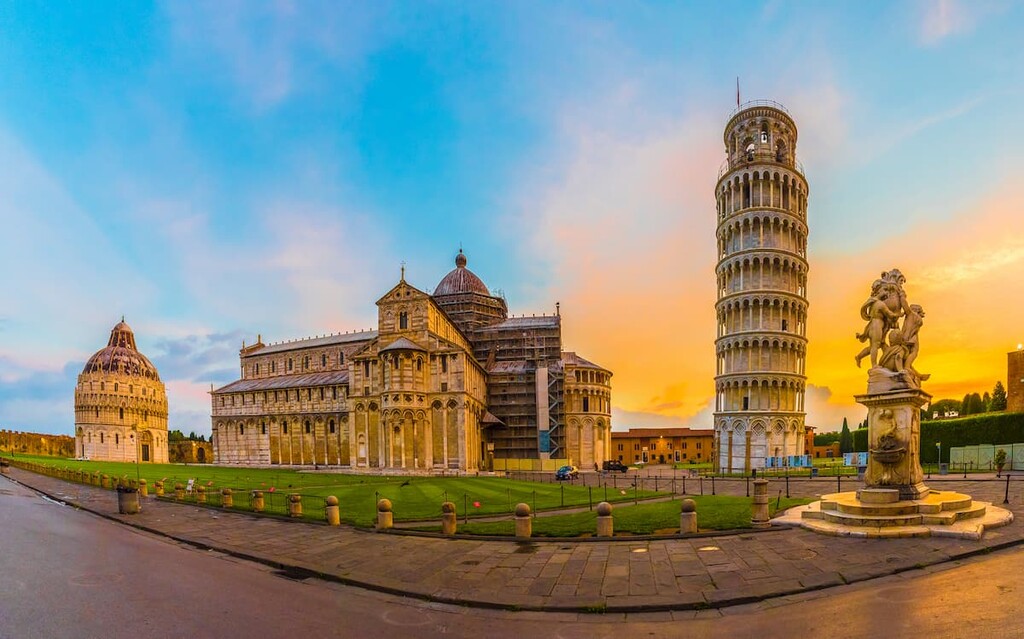 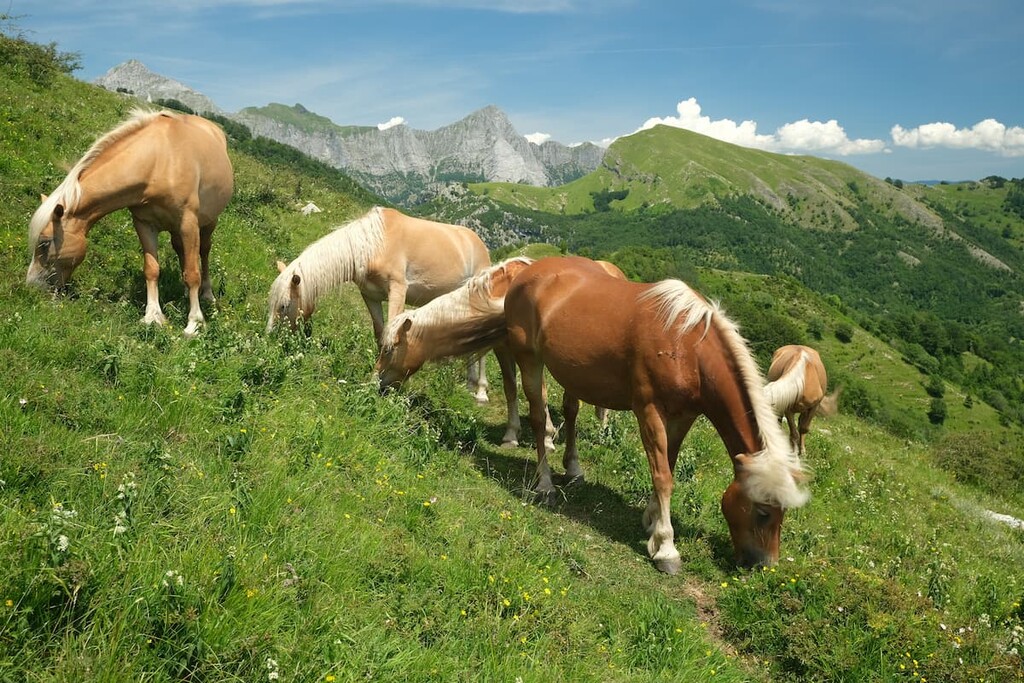 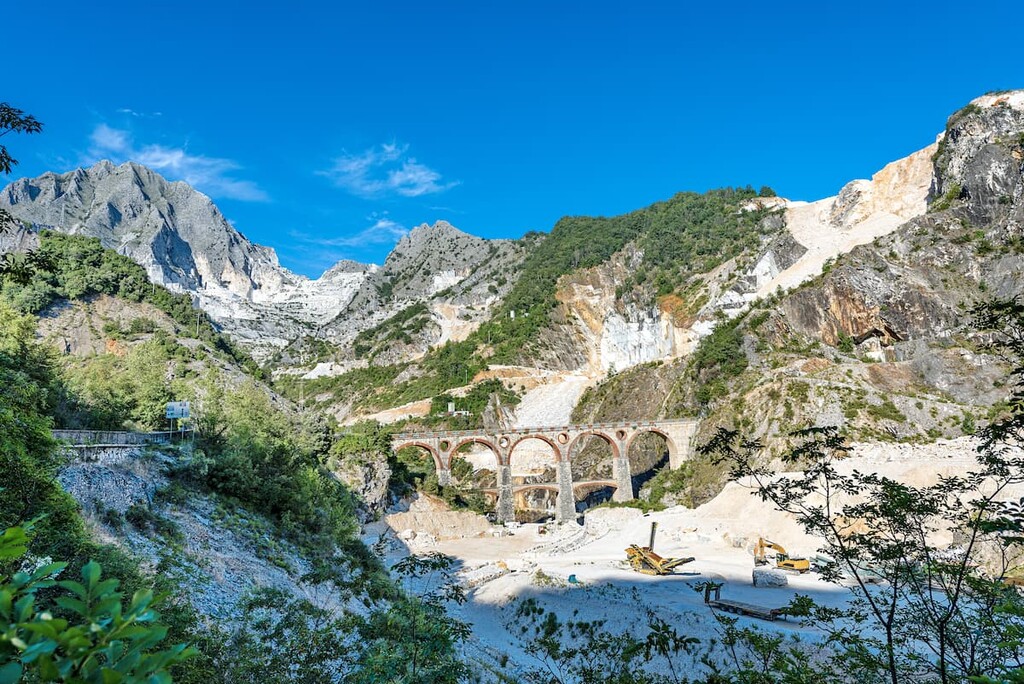 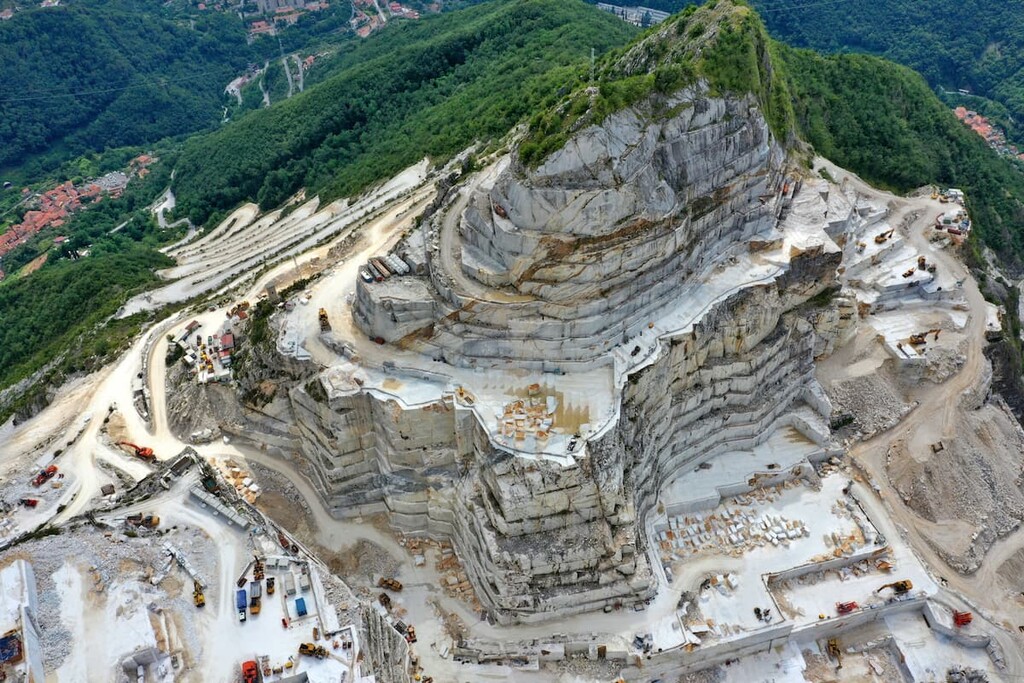 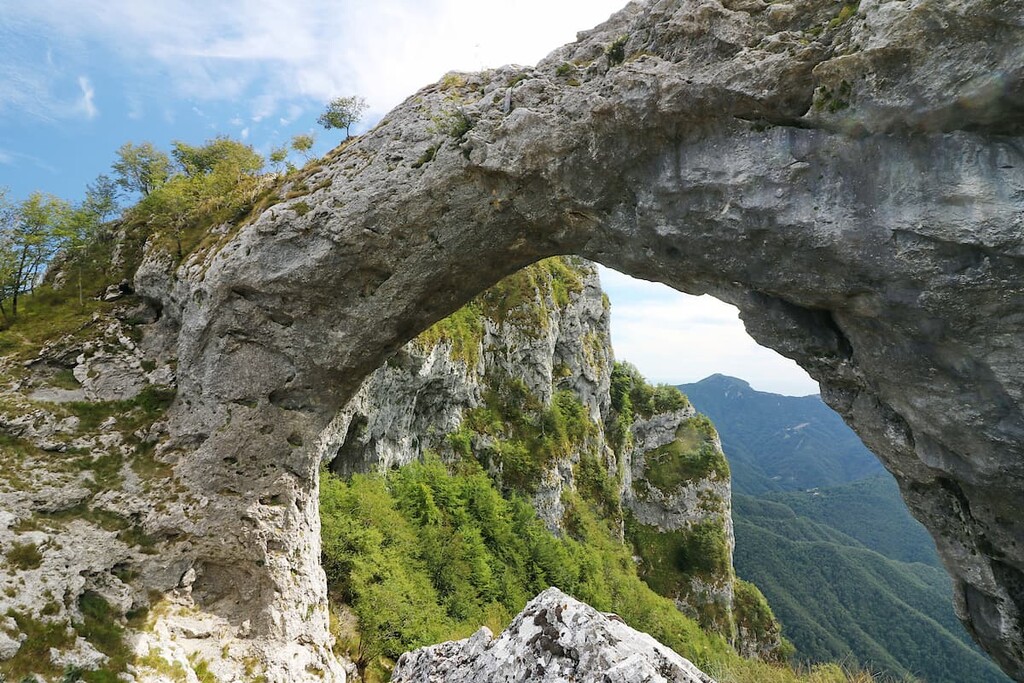 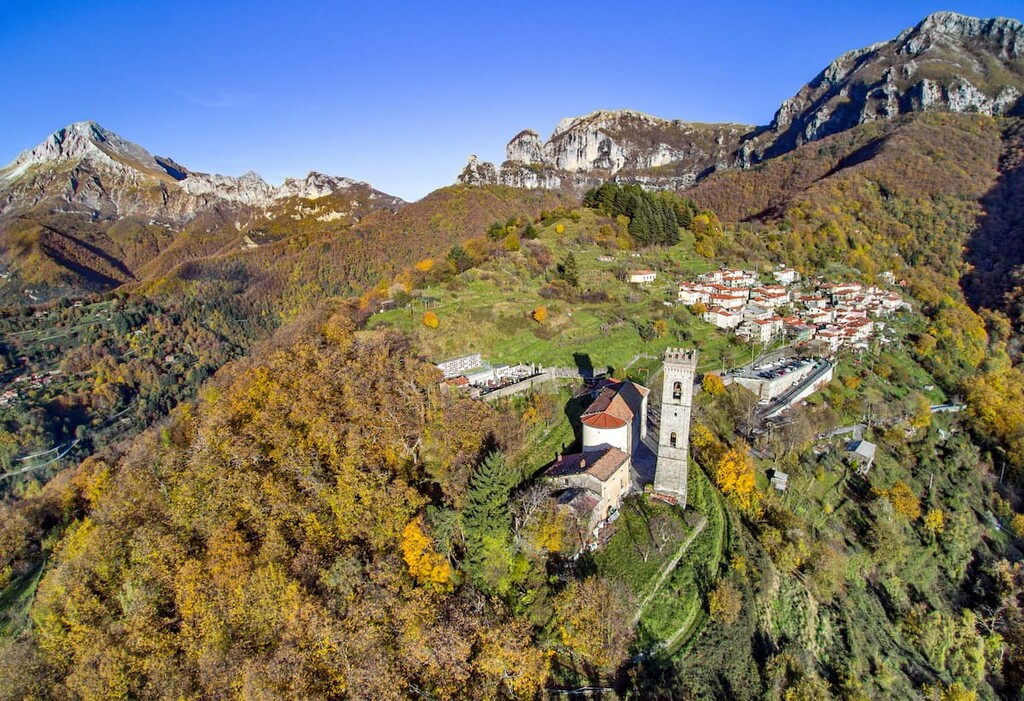