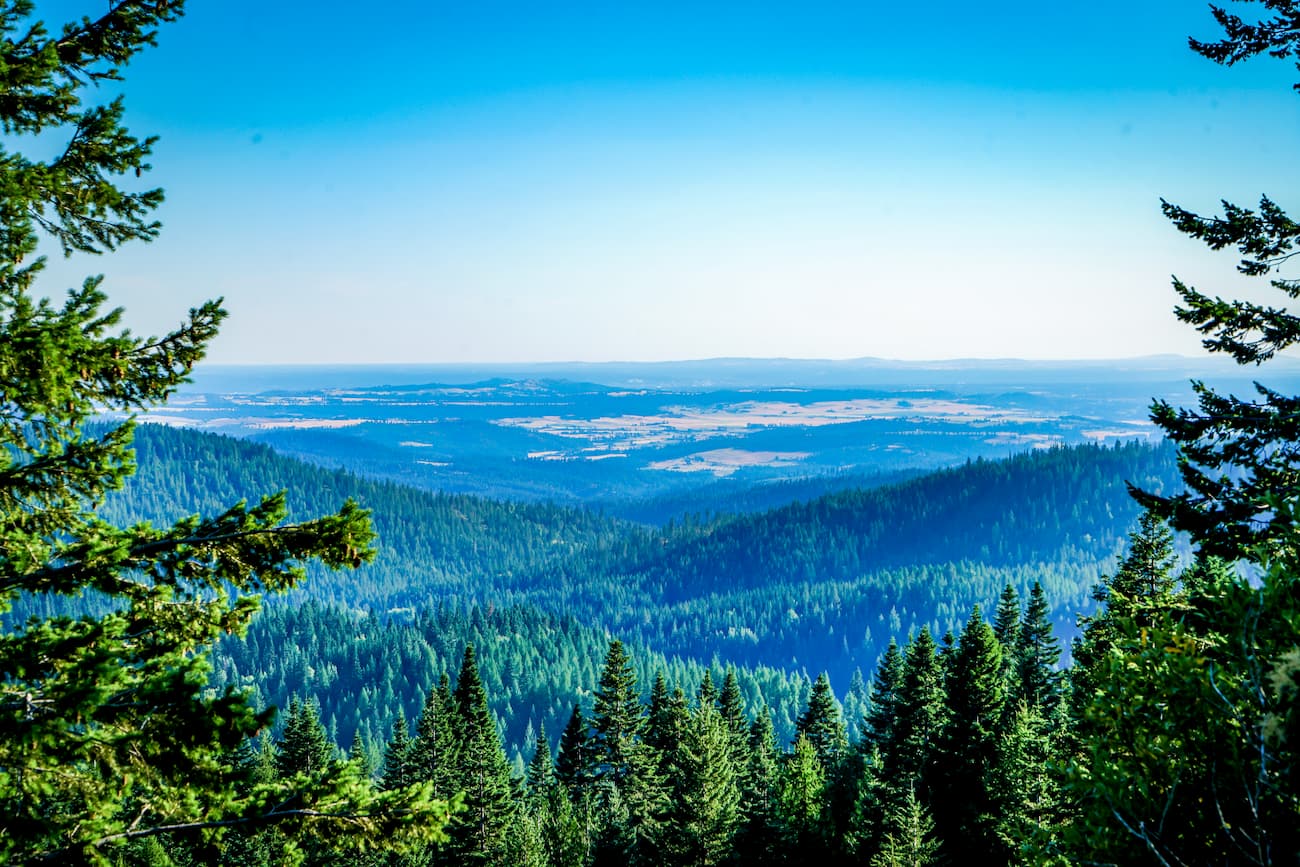 Be sure to make a trek up to the Vista House at the summit of Mount Spokane, or the Quartz Mountain fire lookout to take in the surrounding views. Over 79 miles of trails are open to mountain bikers and equestrians so be sure to check which trails you are going on. In the winter the mountain receives over 300 inches of snow and is full of skiers, snowshoers, and snowmobilers. The Summit Road provides the option of driving to the top or starting your hike from a higher elevation. Mount Spokane State Park offers campgrounds that are on a first come first serve basis so be sure to get there early to ensure your spot.

This 4.7-mile trail is located within the Nordic ski trail system. Standing at 5,129 feet, Quartz Mountain is the third tallest peak within the park. In the summertime the old fire lookout can be used for overnight camping or a place to take in the views below. The lookout is booked months in advance so be sure to be prepared if you want to stay there. From the top of Quartz Mountain, views encompass the Spokane Valley, northern Idaho, several lakes, and various peaks within the Selkirk Range. In the winter time the trails are closed for Nordic ski use only (no snowshoeing allowed).

At 12.6 miles, with nearly 3,000 feet of elevation gain, this hike takes you to the top of Mount Kit Carson, Day Mountain, and Mount Spokane. The hike begins at the hairpin turn along Mount Spokane road, a small parking lot marks the start of the trail. At the top of Mount Kit Carson is a granite outcropping which offers views of the city of Spokane and the rolling hills of the Palouse. To your right are the snow-capped Selkirk mountains. After traversing over to Day Mountain you’ll be able to see the forested summit of Mount Kit Carson where you just were. Continue on to Vista House that sits atop Mount Spokane. On a clear day, hikers can see as far east as Montana, and as far north as Canada.

Located just southeast of the Okanogan Highlands, Spokane is the most populous city in eastern Washington. The Spokane river runs through the city while it sits 92 miles south of the Canada-U.S. border. With a population of 222,000, Spokane is the second largest city within the state of Washington. While most of the state’s population lives on the western side of the Cascade Mountain Range, Spokane is a hidden gem for any outdoor enthusiast. There are four ski resorts within two hours of downtown, while rock climbing, hiking, running, rafting, canoeing, and fishing are all accessible within minutes.