The Los Alerces National Park is located in southern Argentina within the Patagonia region of the Chubut Province. Established back in 1937, the park spans over 1,000 square miles across the region. The western border of the park is also the border between Chile and Argentina. Much of the park’s landscape has been carved out by glaciers, leaving behind pristine lakes, moraines, and glacial cirques. The lower elevations of the park are dominated by temperate forests while higher elevations rise up into the Andes mountains. Up among the rugged peaks lie alpine lakes and meadows as the forests begin to thin out. There are 28 named mountains in Los Alerces National Park. The highest and the most prominent mountain is Cerro Situación standing at 7,569 feet with 5,463 feet of prominence. The lowest point in the park is where the Futaleufu river crosses the border into Chile, standing at 1,080 feet of elevation gain. 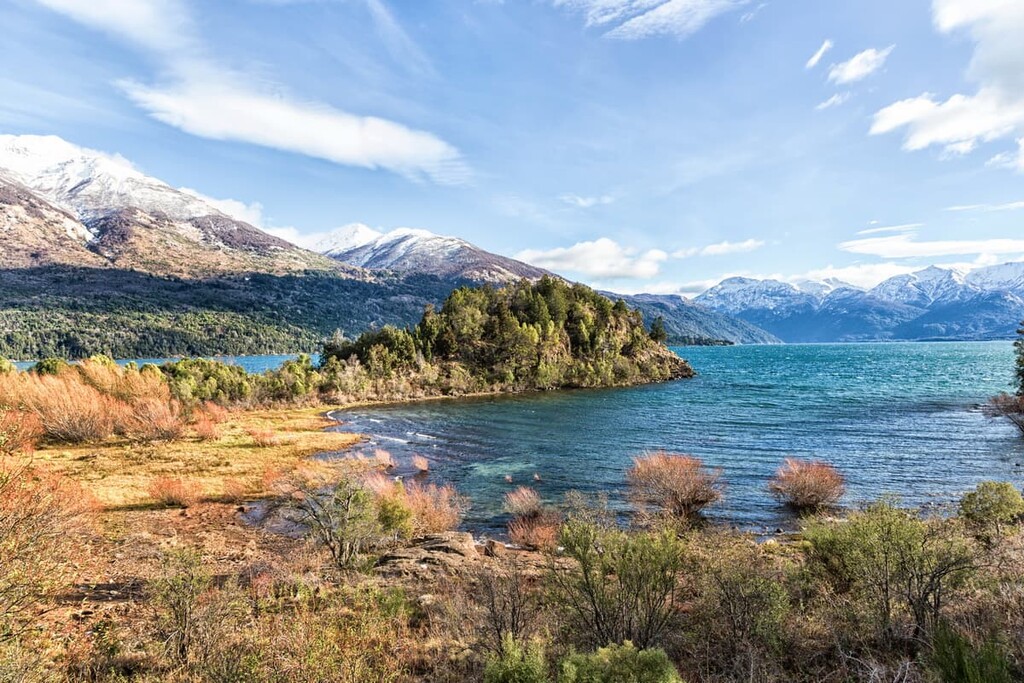 Los Alerces National Park is split into two distinct sections. The national park region is much larger and spans over 723 square miles while joining up with the Los Alerces National Reserve. The reserve covers the remaining 276 square miles of the larger park. From above the park’s shape resembles that of a rectangle spanning 40 miles north to south and around 25 miles east to west.

The entire park is part of the Futaleufu River basin as it travels through the region before entering into Chile. Though the river has numerous names throughout its course, it is part of the same water system. The river passes through Lake Rivadavia, Lake Menendez, Futalaufquen Lake, Amutui Quimey Reservoir and various small others before entering into Chile. The climate within the park is quite moist due to rain clouds coming into contact with the Andes mountains. On average the park receives 120 inches of rainfall. Much of the park is characterized as a Patagonian forest with Arrayan trees along the Arrayanes river.

Perhaps the most notable feature of the park is the Alerce trees. In order to protect these trees the park was established as a World Heritage site in 2017. Also known as lahuan trees, there are distinguished features of the Patagonian Ande landscape. The largest Alerce forest in the country lies within the country. Alerce trees are known for being some of the longest living trees in the entire world. The most popular spot for visiting these magnificent trees lies at the northern end of Lake Menendez. Within this section of forest lies the largest Alerce tree in Argentina that is thought to be 2,600 years old. In total the park is home to approximately 18,300 acres of Alerce forest.

Cerro Alto El Dedal: This well-known trail departs from the town of Puerto Bustillo and climbs a few hours before reaching its final viewpoint. From there hikers can look down over Futalaufquen Lake and see the Sutiacion Range. The trip is rated as intermediate to difficult and totals 8.3 miles in length.

Mirador Lago Verde: This short hike totals just 1.3 miles with 250 feet of elevation gain. Leaving from the highway, the trail climbs steadily up to a viewpoint over the lake surrounded by steep peaks.

Lago Verde & Glacier Mirador: This 5-mile loop trail takes hikers up and down 1,160 feet of elevation before coming to the southern tip of Lake Menendez. The trail winds through the forest along dirt paths before reaching the protected shoreline.

Located near the southern border of the park lies the city of Trevelin. With a population of around 10,000, Trevelin receives a moderate climate compared to other parts of Argentina. With just 25 inches of rain annually, the city rarely receives an immense amount of snowfall. The city began by Welsh people and their descendants. Because of this the city was built around the first flour mill that inhabited the region. The gentle climate and welcoming people make it an ideal place to stop for those looking to go hiking, mountain biking, or rafting. 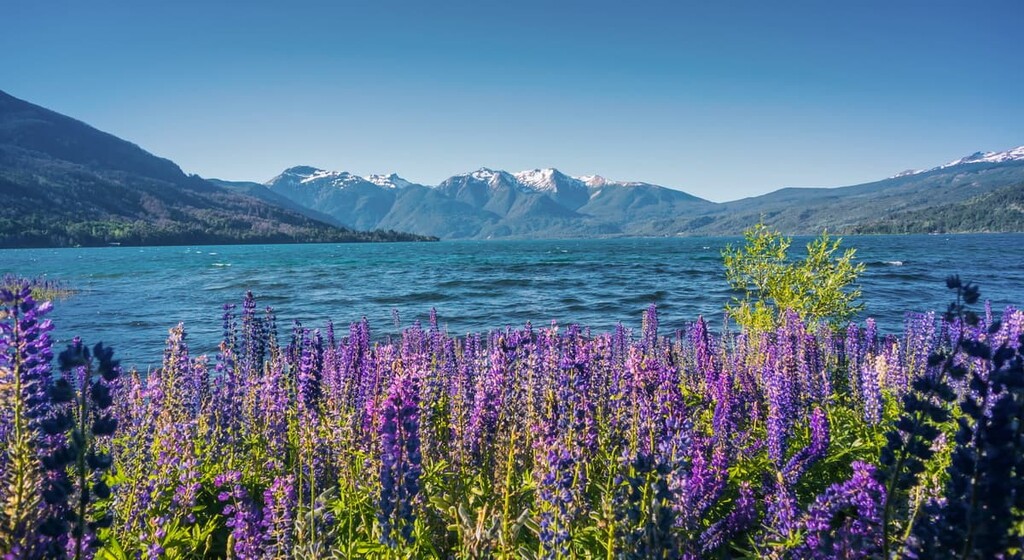 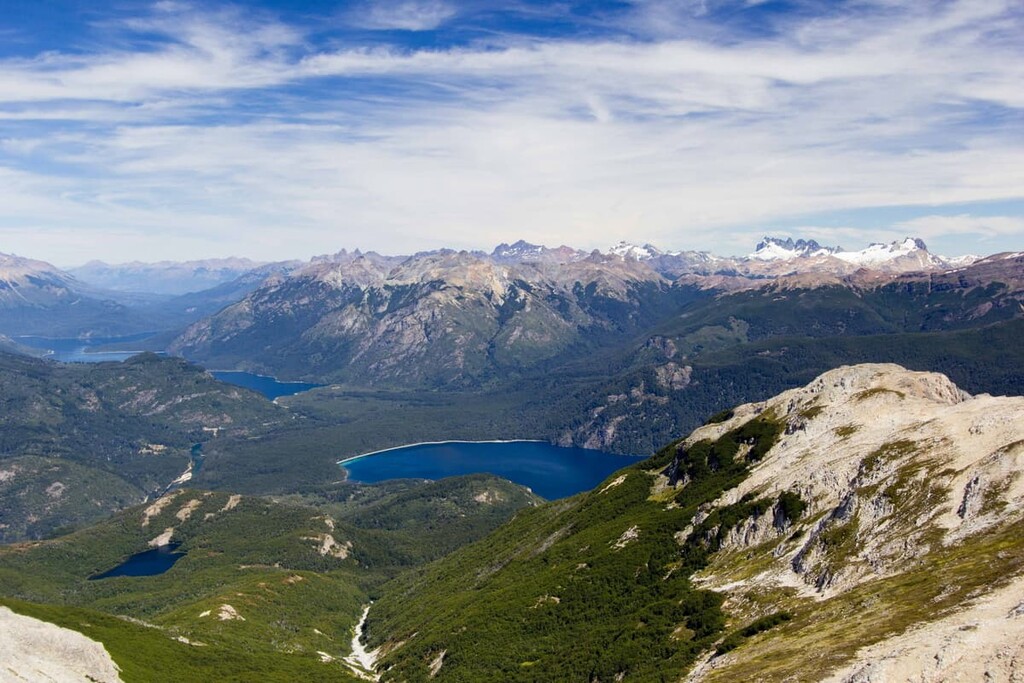 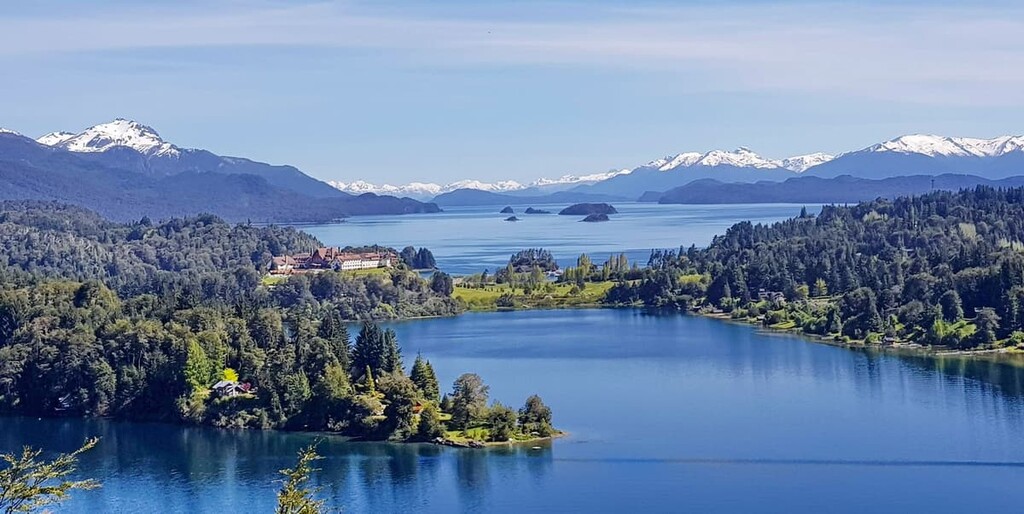