Situated just to the east of the San Francisco Bay Area, the John Muir National Historic Site is a small federally protected area in the central part of the US state of California. The historic site contains two named high points, Mount Helen (628ft/208m), and Mount Wanda (653ft/199m), both of which were named for Muir’s daughters. 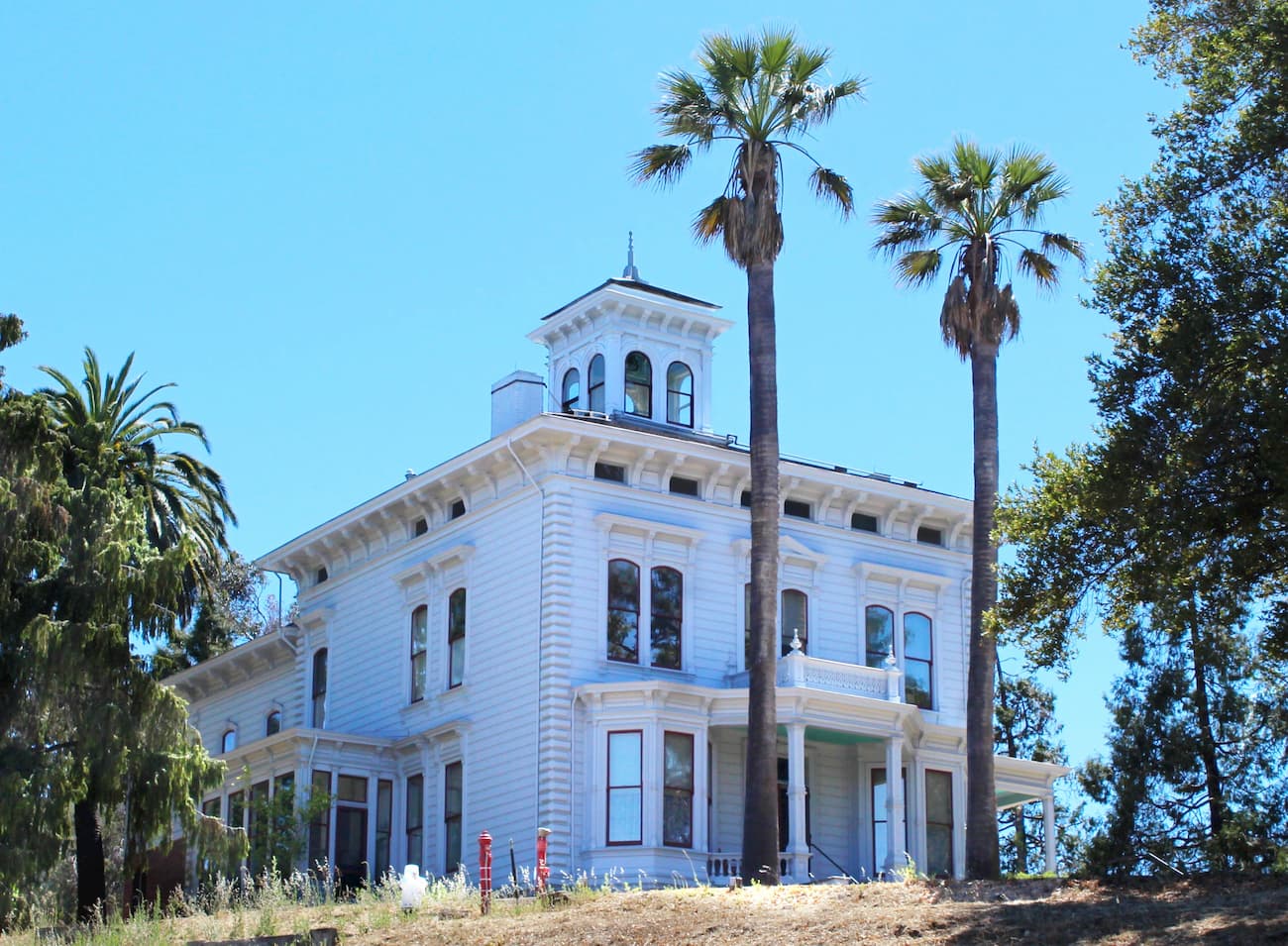 John Muir National Historic Site is located in Contra Costa County, California in the city of Martinez. It is situated to the northeast of the Pinole Valley Watershed, between the cities of Concord and Richmond to the north of the Alhambra Valley.

The historic site includes 325 acres (132 ha) of land as well as a 14-room Italianate Victorian-style mansion where John Muir lived for the majority of the later part of his life. Additionally, it contains a relatively large stand of native oak woodlands, which were owned by the Muir family.

The two high points in John Muir National Historic Site, Mount Helen and Mount Wanda, are both technically part of the northernmost extent of the Diablo Range. Stretching from the Bay Area south to Paso Robles on the Central Coast.

As part of the greater California Range system, the Diablo Range was created through the movement and uplift of the Earth’s crust along a number of transverse faults. Much of the bedrock in the region is sedimentary, and some of it is also part of the Franciscan Complex, which features conglomerates, greywacke shales, and other slightly metamorphosed shales.

Much of the rock that’s found in Mount Wanda and on the John Muir National Historic Site dates back to the Cretaceous Period. It is predominantly marine sedimentary rock that formed as sediments settled on the floor of the ocean and were then pushed out of the water to create Mount Wanda.

Due to the site’s location in the East Bay, it experiences a Mediterranean climate with hot, dry summers and mild, wet winters. Within the region, there is a surprising amount of biodiversity, particularly around Mount Wanda.

At lower elevations, the site is dominated by grasslands and shrublands (a.k.a. chaparral). Higher up on the mountain, the landscape transitions to an oak woodlands ecosystem, with low-density tree cover interspersed with grasslands and shrubs. The dominant trees in the region include black oak, blue oak, and coast live oak.

Moreover, the historic site serves as a great habitat for local wildlife. Mammals in the region include pocket gophers, mule deer, mountain lions, and bobcats. Over 100 different species of birds also live in the park, including Anna’s hummingbirds, red-shouldered hawks, and western bluebirds.

The area in and around the John Muir National Historic Site has been home to humans for thousands of years. The Ohlone people were the predominant group in the San Francisco Bay Area, though the Chochenyo and Karkin, among others, were also the traditional inhabitants of the East Bay.

Dr. John Strentzel, John Muir’s father-in-law, acquired the land that would later become the historic site during the late 1800s. In 1883, he built the mansion that Muir would call his home.

Muir and Dr. Strentzel jointly managed the then-2,600 acre (1,100 ha) plot of land as a fruit ranch. During his time on the ranch, Muir co-founded the Sierra Club, wrote hundreds of articles and several books, and worked to create the foundations for the National Park Service, which was founded soon after his death.

John Muir lived in the “Strentzel Mansion,” now known as the “Muir House,” for 24 years until his death in 1914. He was buried on the property, alongside much of his family, and his gravesite is open for visitors with advanced reservations.

In 1960, the house was listed by the Historic American Buildings Survey. It later became a National Historic Site in 1964, making it California Historic Landmark #312.

Main Hiking Areas & Things To Do

As a National Historic Site, much of the activity at the park is focused around the Muir House. Both the house and the grounds are open to self-guided walking/tours whenever the park is open.

Additionally, visitors can opt for a guided tour of the house and can sign up for a tour of the Muir/Strentzel Family Gravesite, though the gravesite tour requires advanced reservations.

As far as hiking goes, there are a few trails that lead to the top of Mount Wanda, located just 1/4 mile (402m) from the visitor’s center. The most popular hike is a 2.9 mile (6.7km) loop that takes walkers to the summit of the high point and offers good views of the surrounding area.

Here are some of the best places to stay during your trip to the John Muir National Historic Site:

Martinez is located in Contra Costa County, in the East Bay region of the San Francisco Bay Area. John Muir National Historic Site is just on the outskirts of the city, which has a population of over 35,000 people.

The city can be accessed by road from the other major cities in the Bay Area. Additionally, it is connected to the Bay Area and its airports by the BART system, as well as by 4 different Amtrak train lines.

Oakland is located on the shore of the San Francisco Bay and is a major commercial port city. It is home to over 430,000 people and is just to the southwest of the John Muir National Historic Site.

The city is easy to get to by road, train, and bus from Martinez and the historic site. Oakland also has a major international airport, making a good place to fly into if you’re coming from further afield. 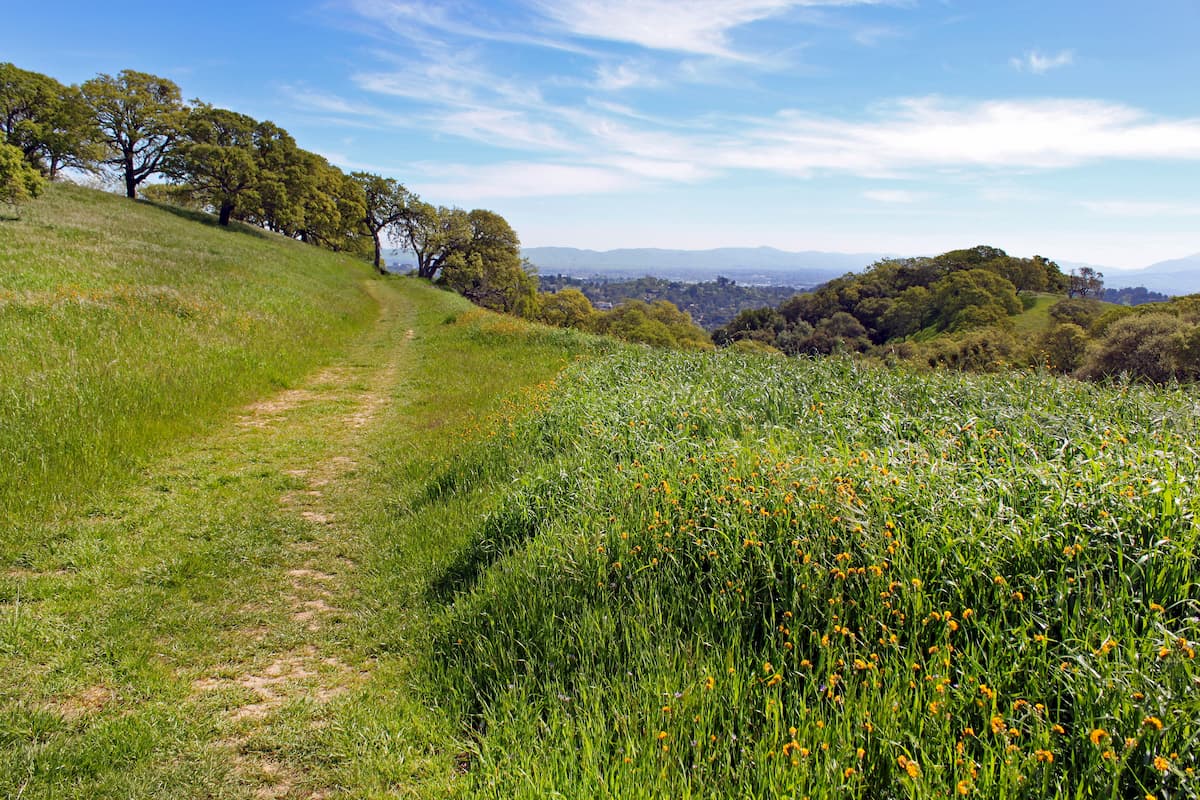 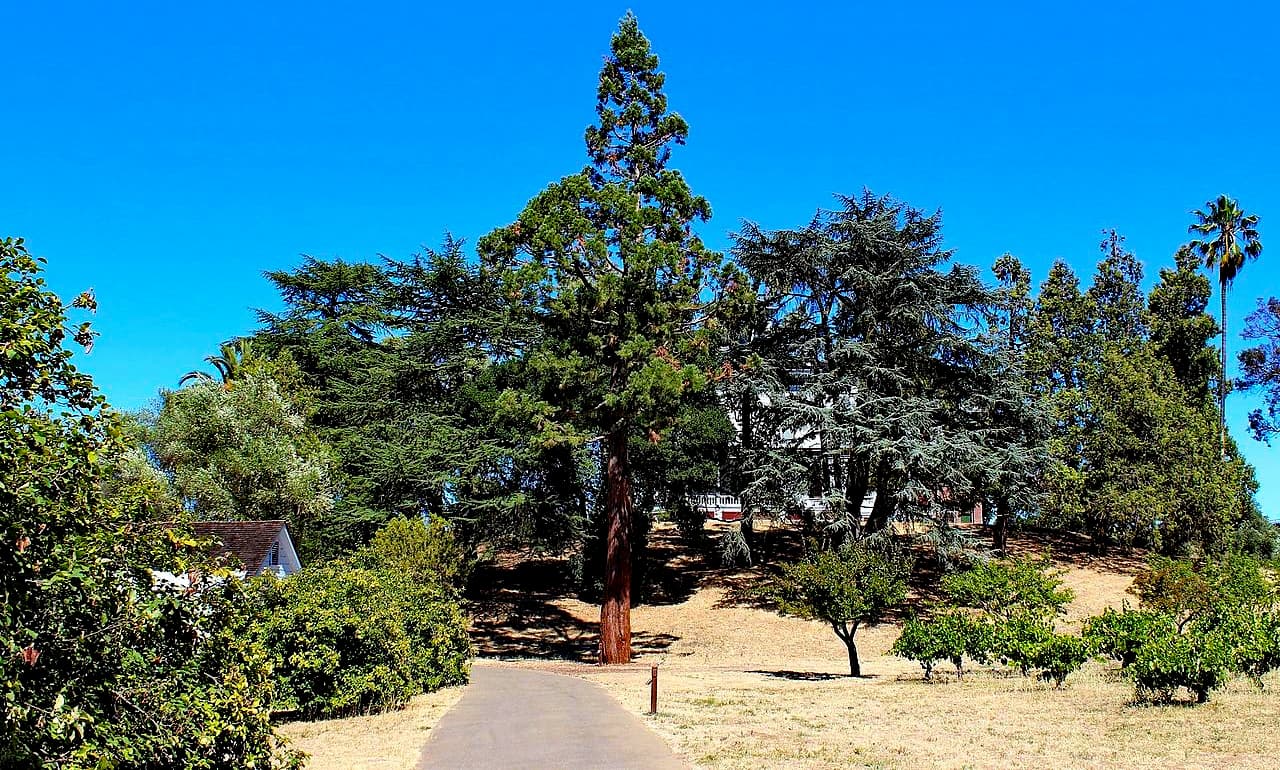 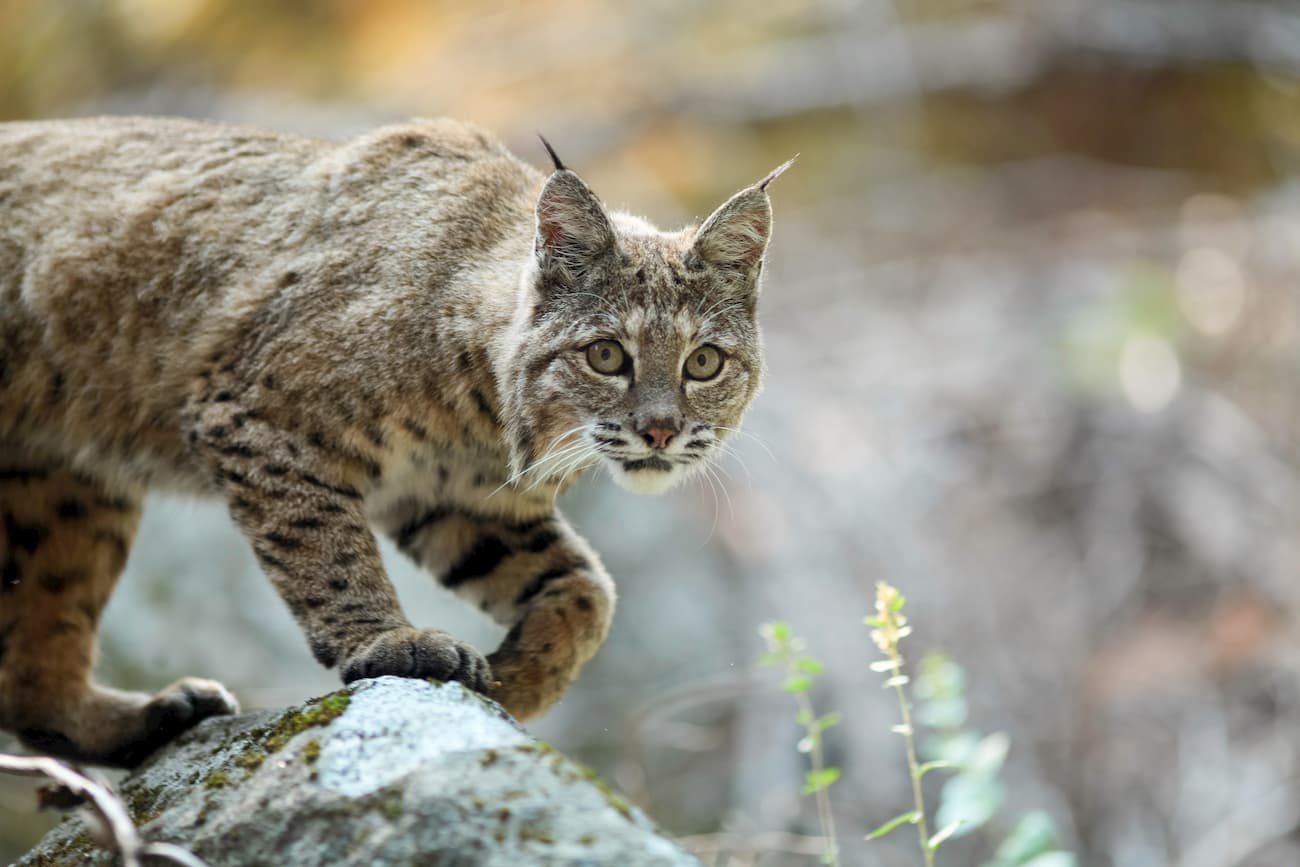 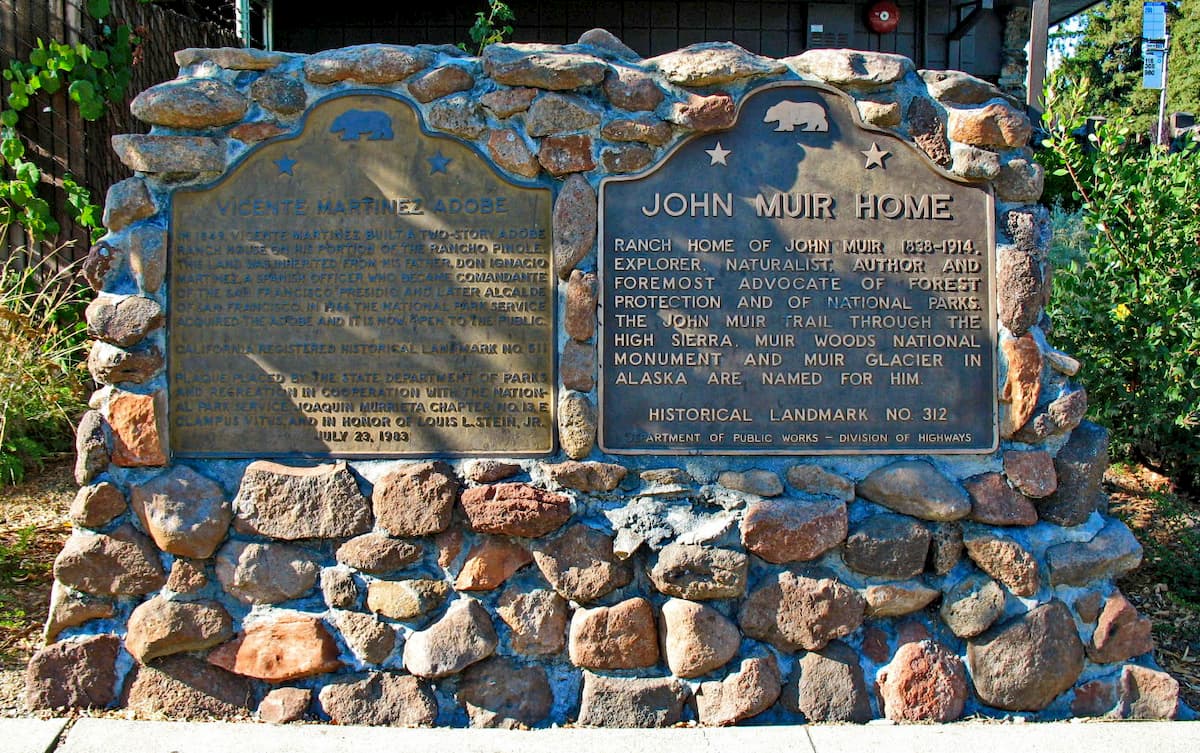 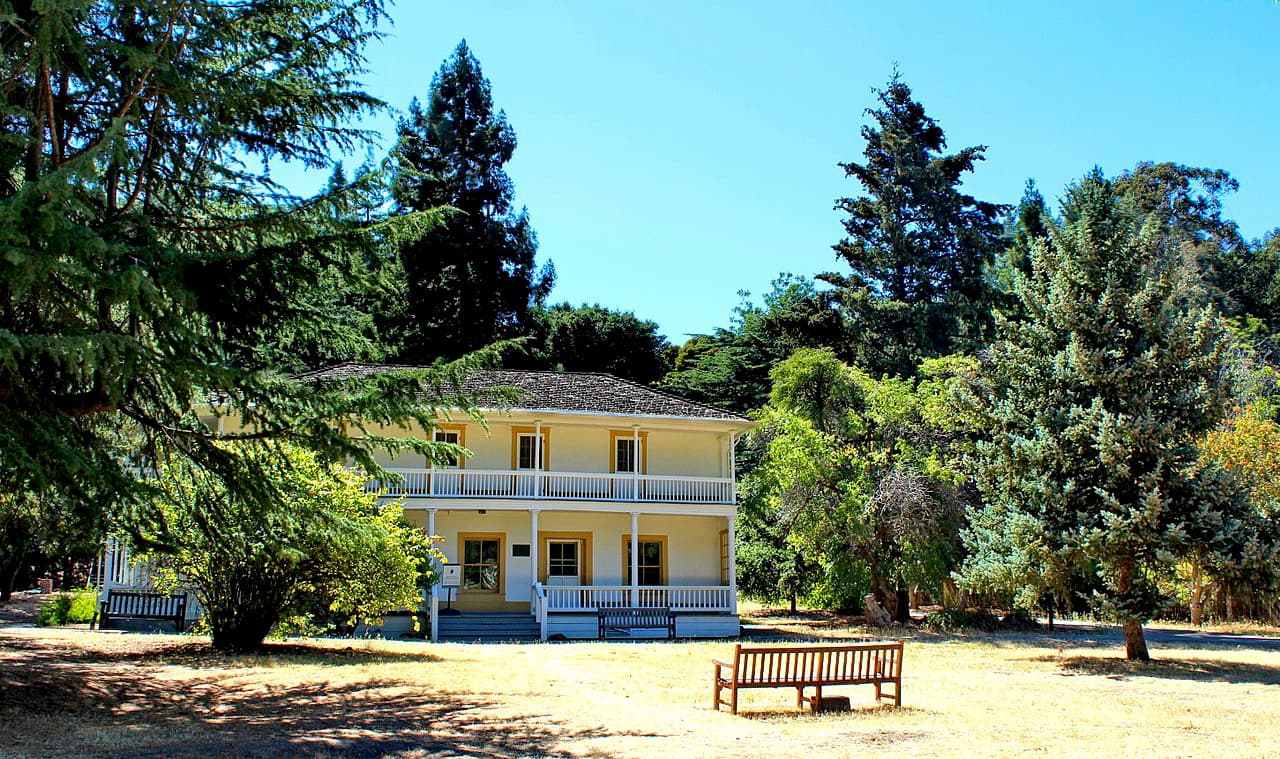 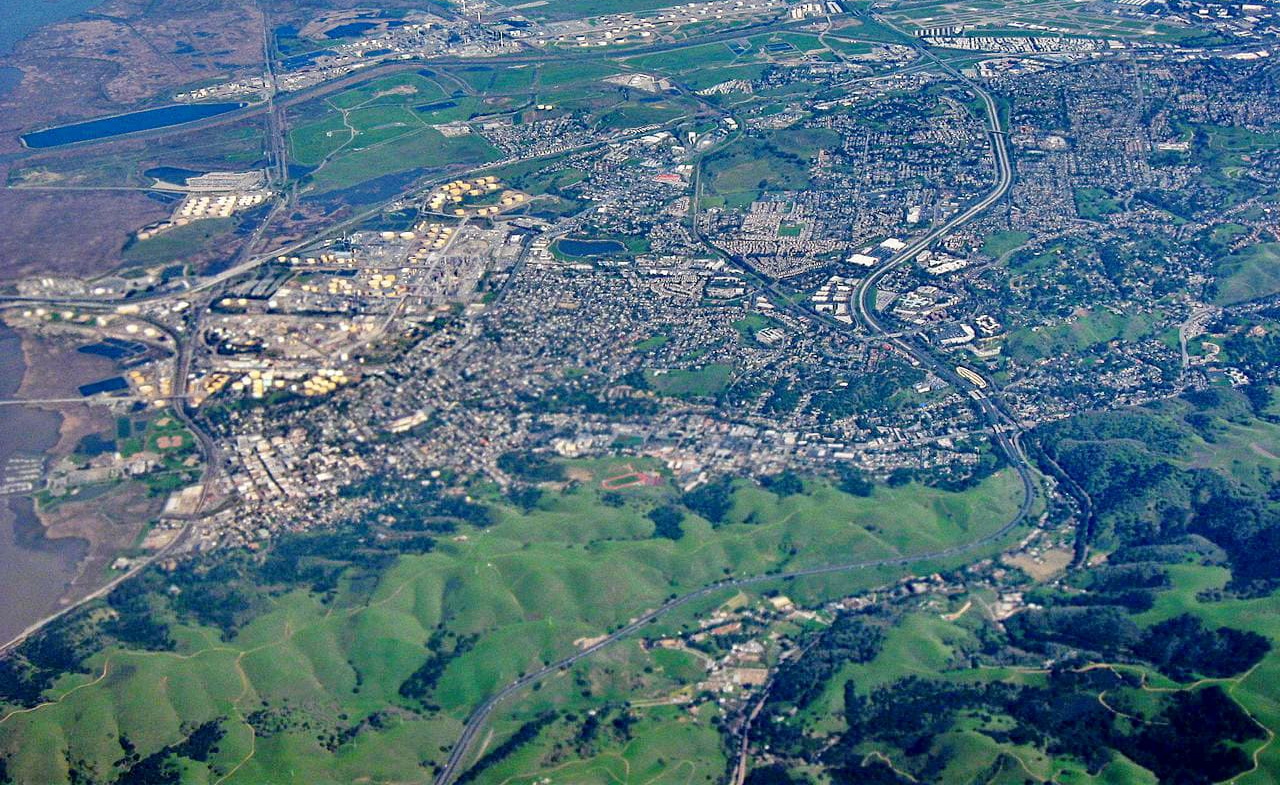