The Iremel Nature Park is relatively young; it was established in 2010 to preserve mountain tundra, taiga forest and bog ecosystems, rare species of plants and animals, and to maintain a stable hydrological balance of minor and major water sources of the Southern Ural Mountains. The park allowed creating conditions for developing regulated tourism and recreational facilities. The Iremel Nature Park is located in the territory of Beloretsky and Uchalinsky districts of the Republic of Bashkortostan, near the border of Chelyabinsk region and it is surrounded by three checkpoints – from the village Tyulyuk of the Chelyabinsk Region, from Uchalov and from the village Nikolaevka of Beloretskiy District. 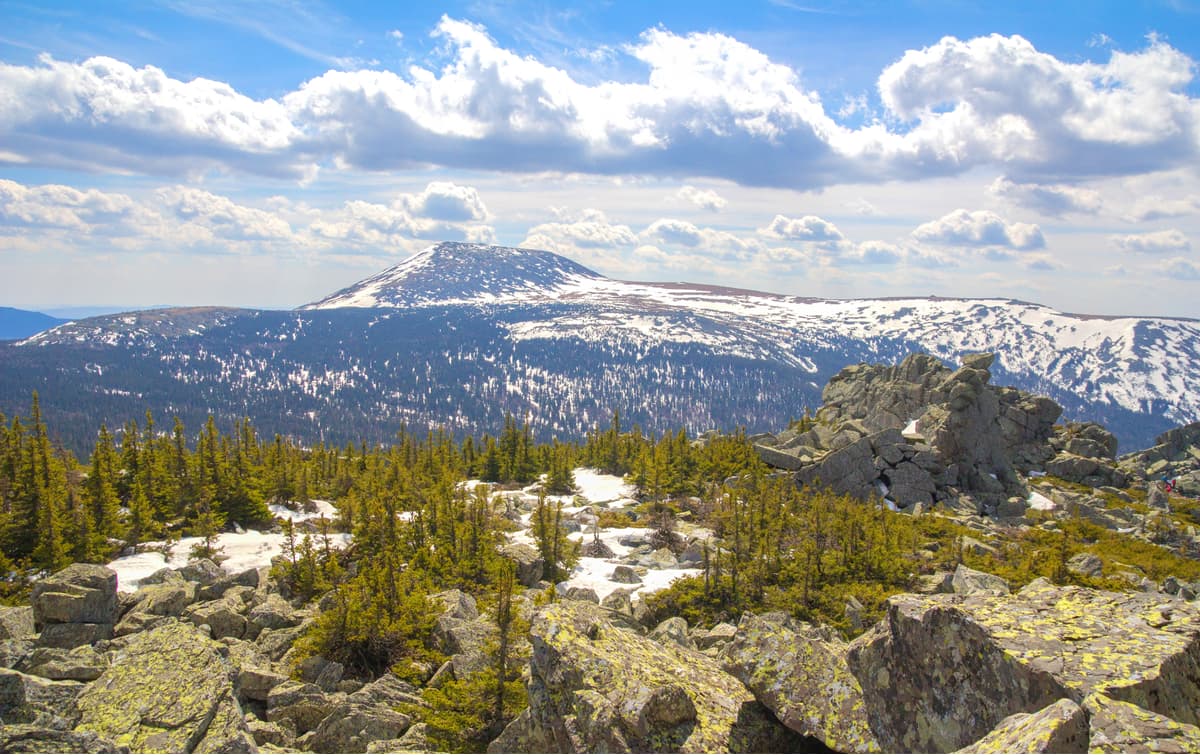 The park got its name from the Iremel Mountain Massif located on its territory. The area of the park is 49 338 hectares. On its territory, there is the second largest peak of the South Ural Mountains - Big Iremel.

The park territory is divided into five zones:

What’s in the name?

Since ancient times, Iremel has been considered a sacred mountain by the Bashkirs, thus ordinary people in the olden days were not granted access to it. Even today the mountain is thought to be a place of power, which attracts not only tourists but also esotery scientists and mystics. In translation from ancient Türkic, Iremel is "a place that gives strength to man, a sacred mountain", and the name of the village Tyulyuk, located at the foot of the mountain, is translated as "desire". There are still many of those who make a wish on the top of the mountain and believe it to come true. In the forests near Iremel, there is more than a dozen of small pyramids made of stones. It is a mystery when and why they were built.

According to other sources, Iremel means "the saddle of a hero" ("ir" is a man or a hero and "emel" is a saddle). Indeed, from afar the mountain resembles a saddle, with its two main peaks being separated by an indentation about three kilometres long. The main peak of the mountain massif is Big Iremel, which according to the legend, represents a man. The second peak, Little Iremel is the man’s son, and the peaks Kabanchik (little Boar) and Zherebchik (Stallion) are Big Iremel’s domestic animals.

The Iremel mountain massif is located in the territory of the Republic of Bashkortostan, on the border with the Chelyabinsk region. It is easier to get to Iremel from Chelyabinsk Region though.

The Iremel Range is some of the highest hills of the South Urals. Heights vary from 1200 to 1600 m a.s.l., the vertical drops are also quite big (about 1100 m). Abundant precipitation and changeable weather are characteristic for the given area. Iremel slopes are very steep (up to 30-40 degrees), e.g. such are the eastern slope of Big Iremel, northern and western slopes of Little Iremel. Other slopes, on the contrary, are relatively gentle (up to 10-15 degrees), e.g. the northern slope of Big Jeremel, the southwestern slope of Little Iremel. There are stunning views covering dozes of kilometres from Iremel. You can see the ridges and mountains of Yamantau, Bakty, Avalyak, Zigalga, Nurgush and others.

As in any mountains, the weather is changing rapidly. Strong winds blow at the very top of Iremel almost constantly. You can often find snow on the slopes of Iremel even in summer.

When climbing to the summit of Iremel, you can experience the exposure to four climate zones, each having its own vegetation and weather. When approaching the mountains, you see a mountain forest belt made of hard spruce trees, firs and taiga birches. Next at the altitude between 1100 and 1200 m a.s.l. comes the so-called ‘sub-naked-peak’ belt, which is characterized by a rare forest. Here you see intricate mosaics of interpenetrating forest, meadow and marsh living communities. The foot of the mountain is covered with mountain tundra, which includes dwarf birches, shingles, northern berries (cowberries and blueberries). And finally, at the very top, there are cold tundra deserts. It should be noted that scientists believe that the relict spruce located at an altitude of about 1000 m, are the descendants of dark coniferous forests that used to cover the mountains, those forests survived the Ice Age.

The park boasts of 553 species of higher plants, which is approximately a quarter of all endemic flora of Bashkortostan. 57 species of plants are included in the Red Book of Bashkortostan Republic. Out of those 15 are endemics (not found anywhere else) and 33 are relict species.

Animals roam the park's territory freely, there are about 40 species of rare and endangered species, e.g. a flying squirrel, a river otter, a maral, a black stork, a white and a grey partridge and many others. In the vicinity of the Iremel mountain massif, there are six rivers: the Tyulyuk, the Karagaika, the Sinyak, the Bolshoi Avnyar, the Tygyn and the Belaya (White) River.

The Iremel Range has two main peaks, i.e. Big Iremel (1582.3m) and Little Iremel (1449.4m), separated by a saddle. The highest mountain in the Southern Urals – Yamantau – is only 58 m higher than Iremel. Due to the fact that Yamantau is located in the Reserve which is officially closed for visitors, Iremel might rightfully be called the most popular mountain in the Southern Urals.

Mount Suktash (1,393m), adjoining the top of Little Iremel – the western tip of the plateau of Little Iremel – can also be assigned to the mountain massif of Iremel. Suktash is the closest peak to Tyulyuk village, the gateway to the Iremel space.

The top of Mount Big Iremel is called Kaban, which actually means "haystack" in Bashkir translation and “boar” in Russian. When climbing the top itself, one has to climb the corroms, which are basically piles of stones. The stones here are small, very mobile, they feel "alive". That's why when climbing you have to watch every step. The stones are covered with lichens and can be slippery as well.

Having climbed to the top, you get to a flat plateau with relatively small rocks strewn here and there. This can defy any reason, but Mount Big Iremel is actually just the highest rock among these. From the top of Big Iremel, there are spurs with rocks: in the northwest, there is Stallion (1,250 m), in the southwest, you see Sinyak (940 m) and in the northeast, there is Zalavok.

Unlike Big Iremel which attracts hordes of tourists, Little Iremel is much quieter and more peaceful. There are few tourists here. However, the views of the surrounding area are very beautiful. On Little Iremel, groups of rocks are arranged in such a way that they resemble rock bastions or fortresses.

From the top of Little Iremel, you can see Big Iremel Mountain in all its glory. Little Iremel is again not a single standing mountain like Matterhorn or Everest, it is about a 5 km-long string of five approximately equal peaks (their height ranging from 1,340 to 1,450 m). In the western part of Little Iremel, there is a continuous serrated wall (over 600 m long). Mind you, this group of rocks is called a mountain, not a ridge as you could have logically assumed.

The mountain river Tyulyuk made its way through a small gorge called the Larkino. The picturesque place is located three kilometres from the village Tyulyuk upstream of the river. Centuries-old trees solemnly rise along the rocky banks covered with moss, the turbulent waters of the mountain river flow with a gentle roar, which makes you feel as if in a fairytale.

The area adjacent to the gorge is called Larkino Mill land. It was named after a merchant who used to have a mill here. The mountain opposite the village of Tyulyuk is called the Mill. It's easy to get to the gorge. You should turn right from the road leading to Iremel. Then cross the bridge over the river Tyulyuk and follow the path along the river upstream (about 1 kilometre).

The park has provisions for both summer and winter recreation, there are weekend tours, equestrian, hiking and biking routes, rafting, skiing tours, snowmobile trips, and mountain skiing.

If you are all about quiet walking, there are excursion guided routes in the park from the villages of Tyulyuk, Novokhusainovo, Baisakalovo, Nikolaevka to the foot of Big Iremel. Routes are of different length and time.

All excursion routes are marked with info boards and arrows, there are equipped gazeboes with fire zones and places for parking, guest houses, shelters etc. In the Iremel Nature Park, there are shelters called Baisakal, Three Bears, and a guest house Ladybugs.

For sports lovers and those who want to test their limits, Iremel traditionally hosts an extreme championship on the first Saturday of June. It is a 24-kilometre race called Strong as an Elk, you have to climb Big Iremel and do some running. The elevation gain is 1000 m. Visit the marathon website for further details http://los.trg.ru.

During your stay on the territory of the Iremel Nature Park, you can rent various apparel and equipment: rubber boats, motorboats, water buggies, catamarans, cars (including cargo trucks and SUVs), buses, tractors, snowmobiles. You can also ride a horse and visit the sauna. You can rent a tent, a sleeping bag, some bedding if needed.

Despite the fact that Iremel is located in the Republic of Bashkortostan, Beloretsky District, access from Chelyabinsk Region is deemed more convenient. The majority of tourists get to the Iremel Nature Park from Tyulyuk village.

You can get to Tyulyuk village in the following way:

A visit to the Iremel Nature Park requires a small fee. You can obtain a permit and pay for entrance tickets at one of the checkpoints in the park which are located in the village Tyulyuk Chelyabinsk region, in Uchalov and in the village of Nikolaevka, Beloretsky District.

Visit the official website of the Directorate for Specially Protected Areas of the Republic of Bashkortostan, including the Iremel Nature Park at http://dooptrb.ru.

This site shows prices for entrance tickets and services provided by the park, as well as current information about accommodation places and routes of the Iremel. 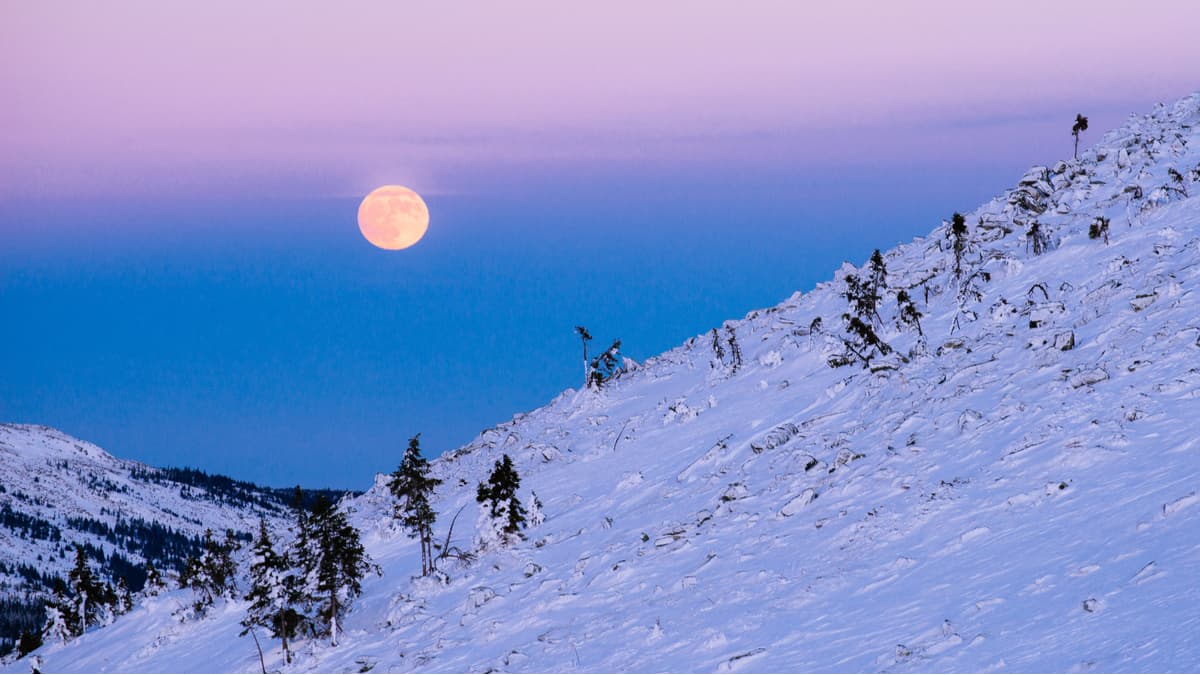 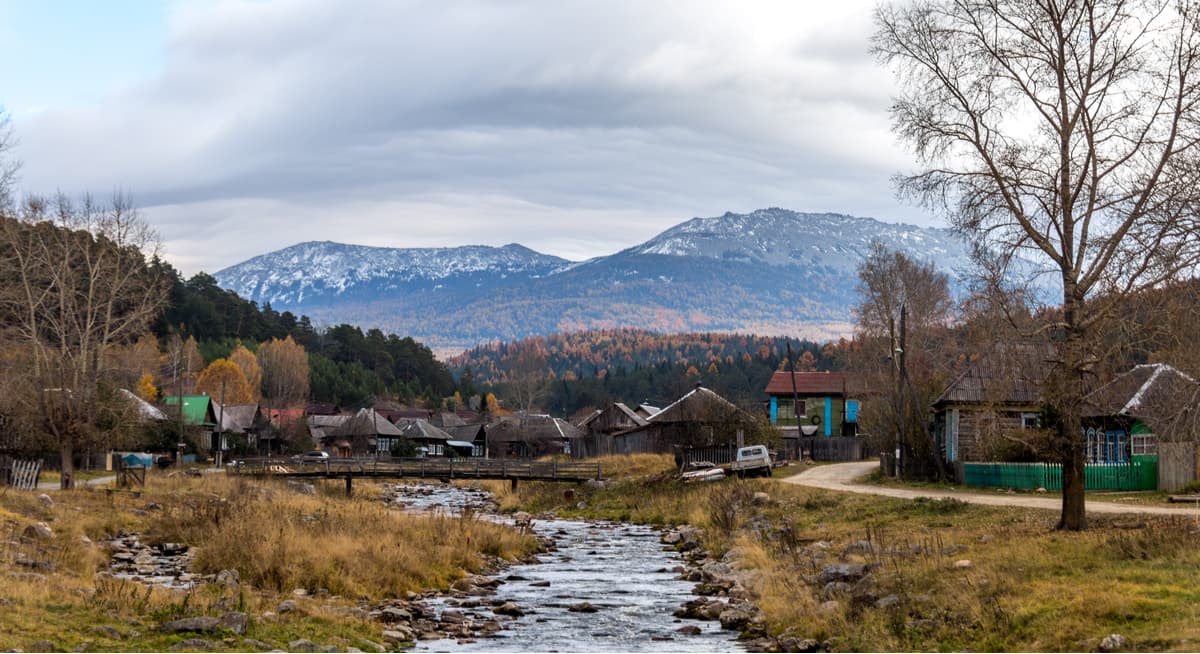 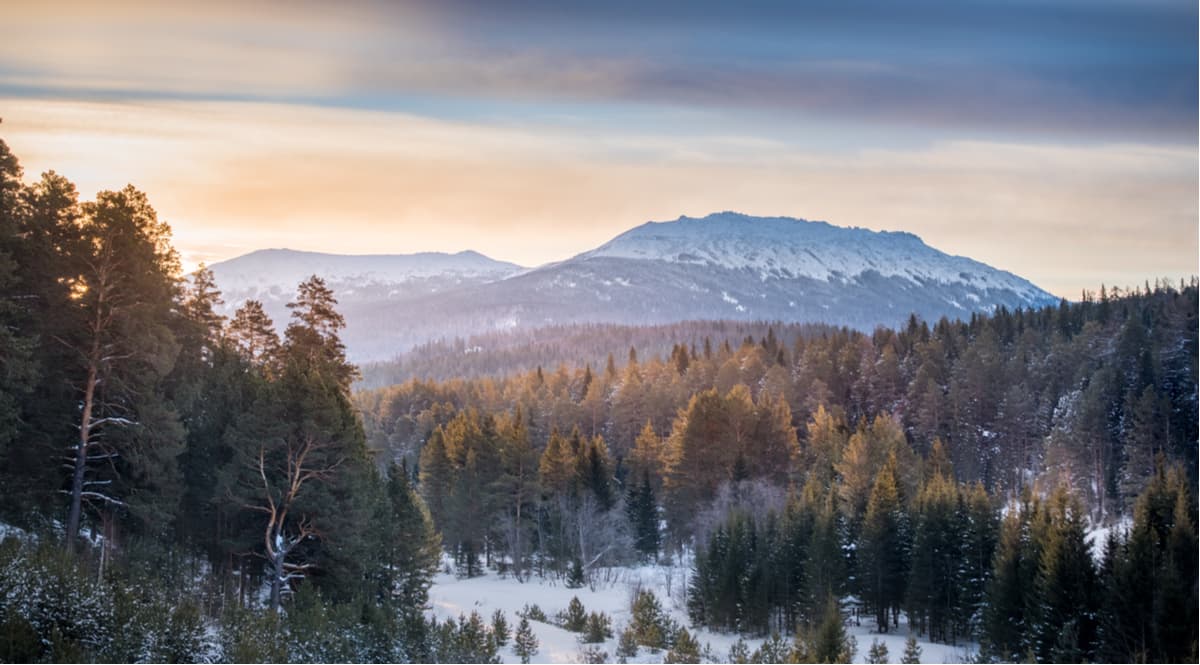 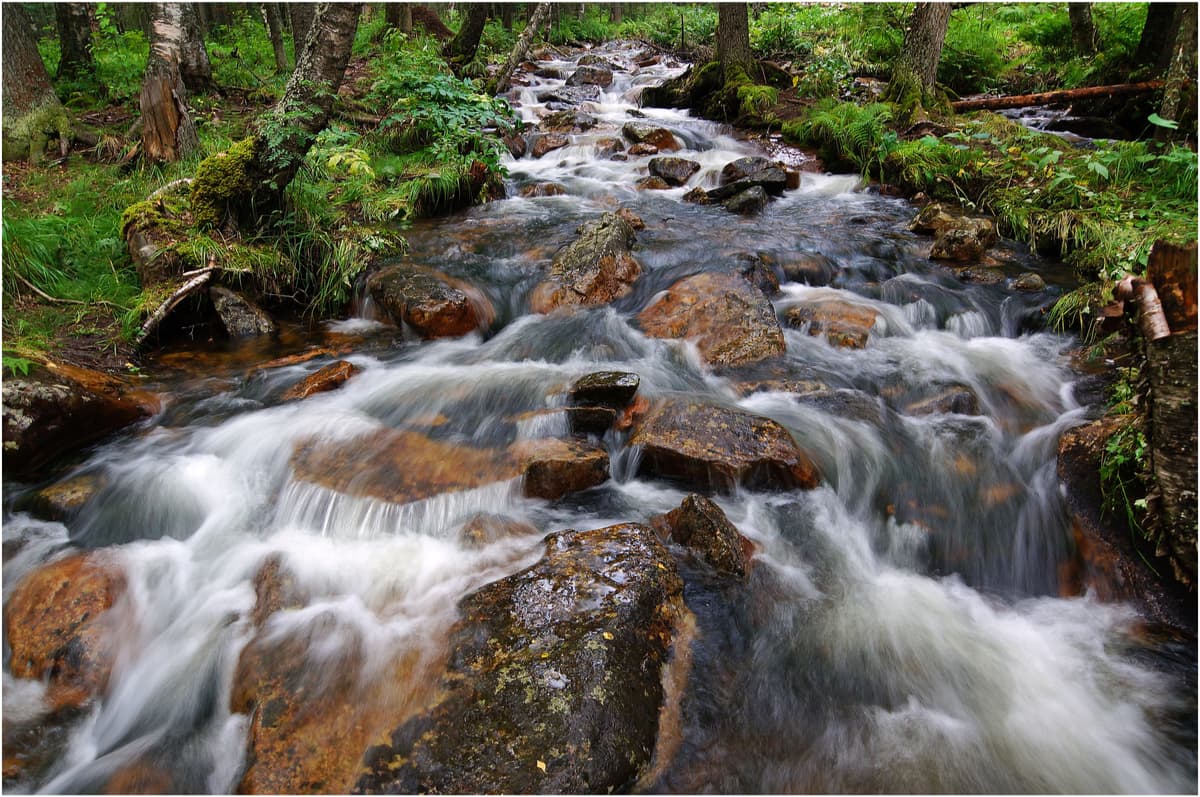